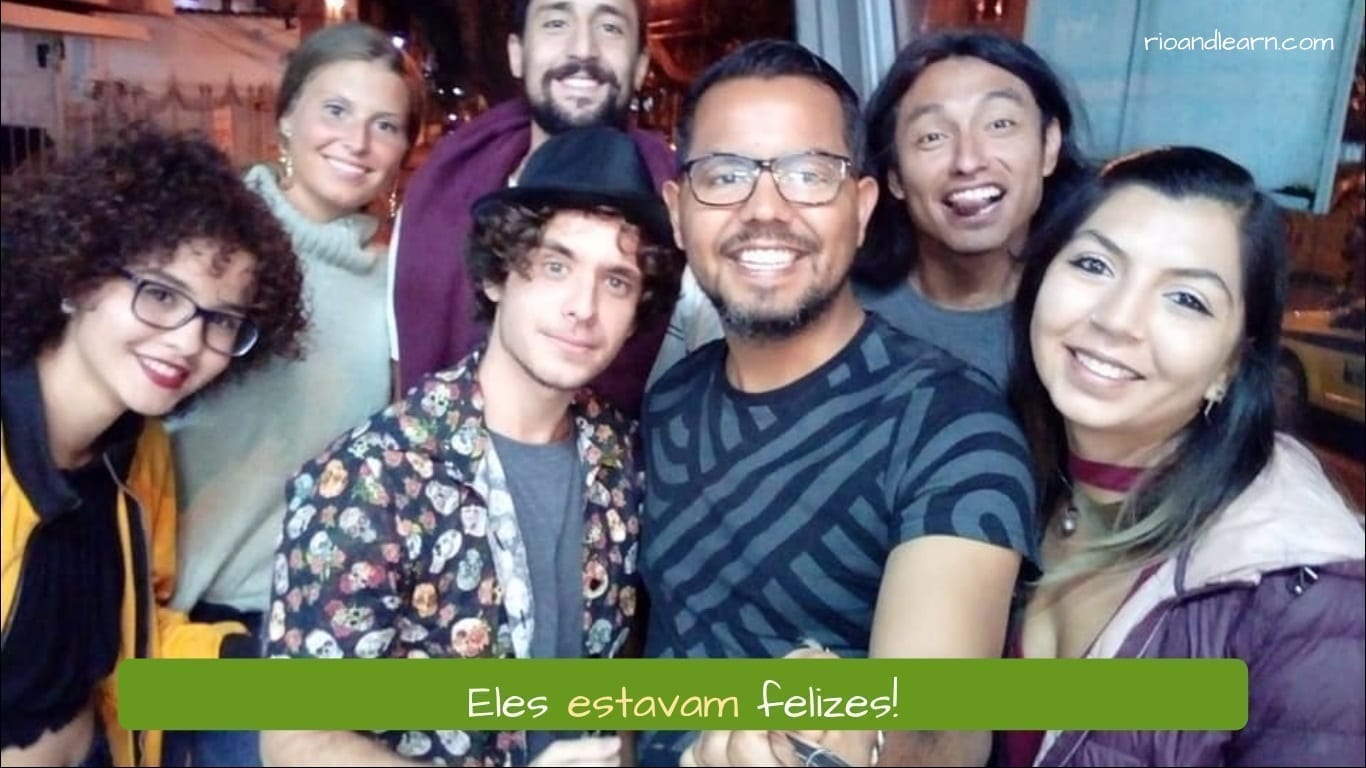 Hi, guys! Today, in our Video Dica, we’re going to check out the verb Estava in Portuguese, the imperfect past form of the verb Estar.

As we already know, we use the imperfect forms when speaking about a habit or repetitive or long situations in the past, as well as simultaneous or interrupted actions.

So here we have the conjugation of the verb Estava: 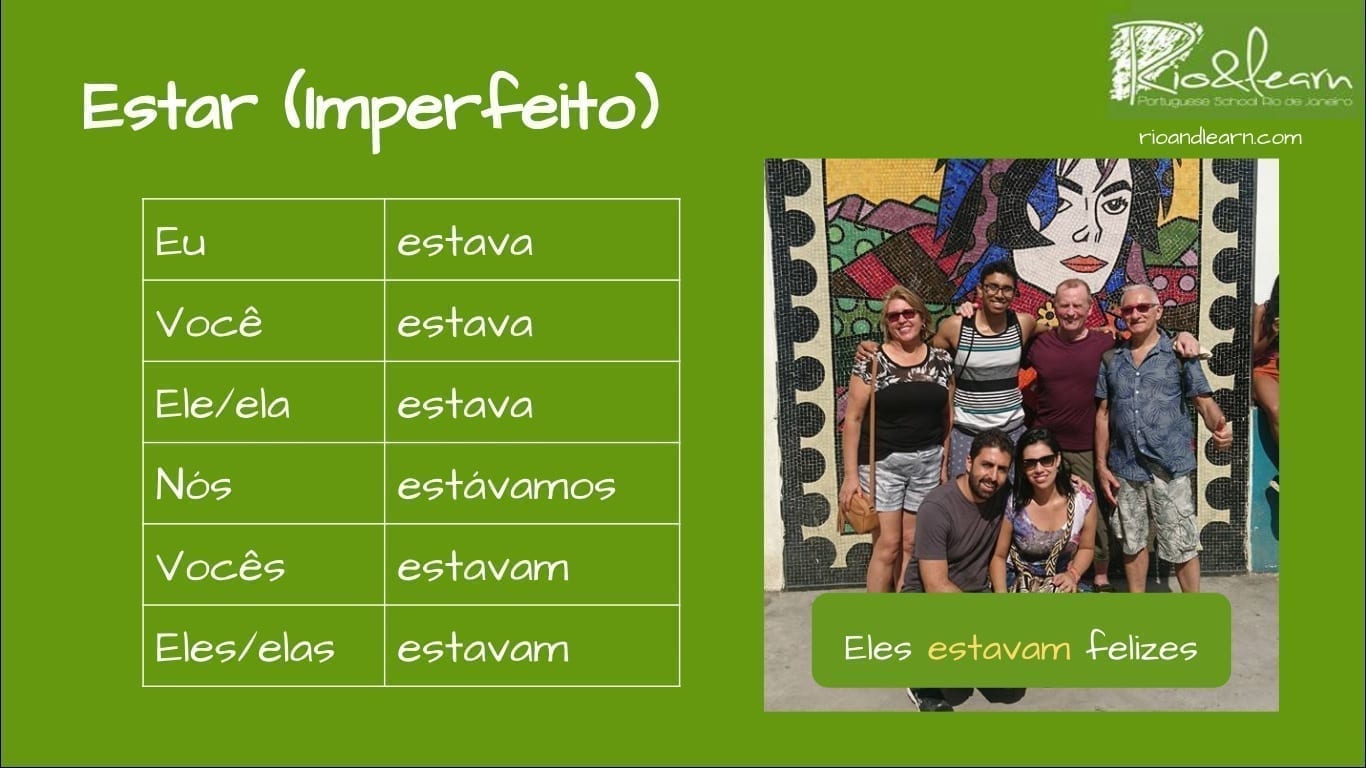 In the example Eu estava em casa na semana passada (I was home last week) we’re talking about a specific period in which I stayed home.

Sometimes you may hear Portuguese speakers using tava instead of estava, that’s the informal use of the verb, almost like a slang.

Ele tava pulando de alegria.
He was jumping of joy.

Expressions with Estava in Portuguese

The Verb Estava can also be used with feelings or moods. Such as:

Não fui à festa porque eu estava muito cansado.
I didn’t go to the party because I was really tired.

Estava frio hoje de manhã
It was cold this morning.

That’s it, guys! Don’t forget to practice daily with us here at A Dica do Dia!