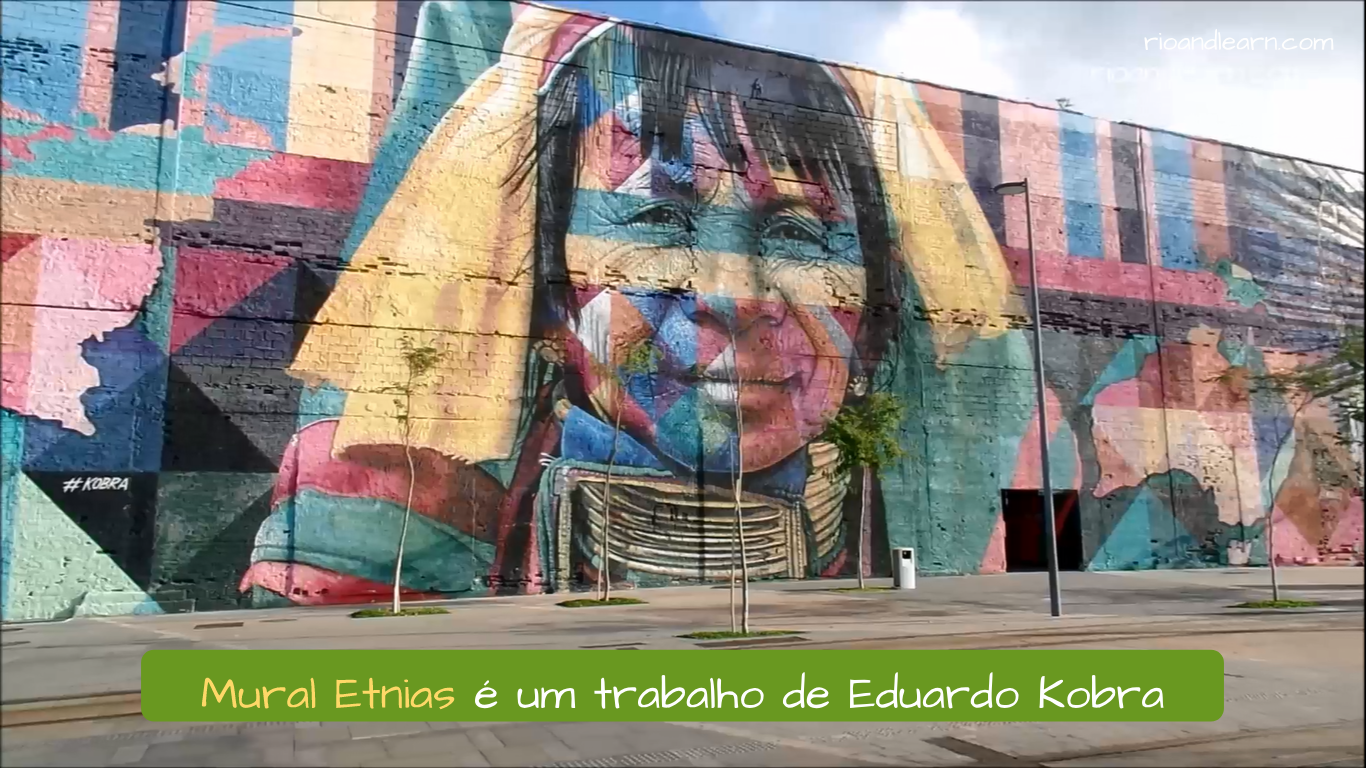 Hello, everyone! Today we’re in the center of Rio to talk about a piece of art, straight from the streets representing the great ethnicities from around the world! Etnias Graffiti in Rio is a 3k square meters graffiti by the hands of Eduardo Kobra, an artist well known not only in Brazil but through graffiti scenes all around.

Painted as a homage to all 5 continents when Brazil held the Olympics, representing its rings and tells a story of peace and love between the inhabitants of Earth. It gave a new look to Rio’s portuary region, that, on Eduardo’s opinion, can become an open sky gallery.

It was recognized by Guinness World Records as the biggest graffiti work in the world thanks to Kobra’s fans, that called Guiness attention to the work.

How to get there

It’s a touristic hotspot and a great place to take some great selfies or group photos. Became the biggest attraction on Rio’s Olympic Boulevard and took the attention away from the city’s natural breathtaking views.

Etnias Graffiti in Rio is open for everyone, free of charge, made to unite us all. It’s currently on Rio’s portuary region, along the Olympic Boulevard. You can get there by VLT leaving at Parada dos Navios or by Metro, leaving at Uruguaiana station and taking a stroll.

Hope you enjoy your visit and don’t forget to take great selfies! That’s it for today’s A Dica do Dia here on Rio & Learn, guys! Don’t forget to follow us on Facebook and Instagram too.