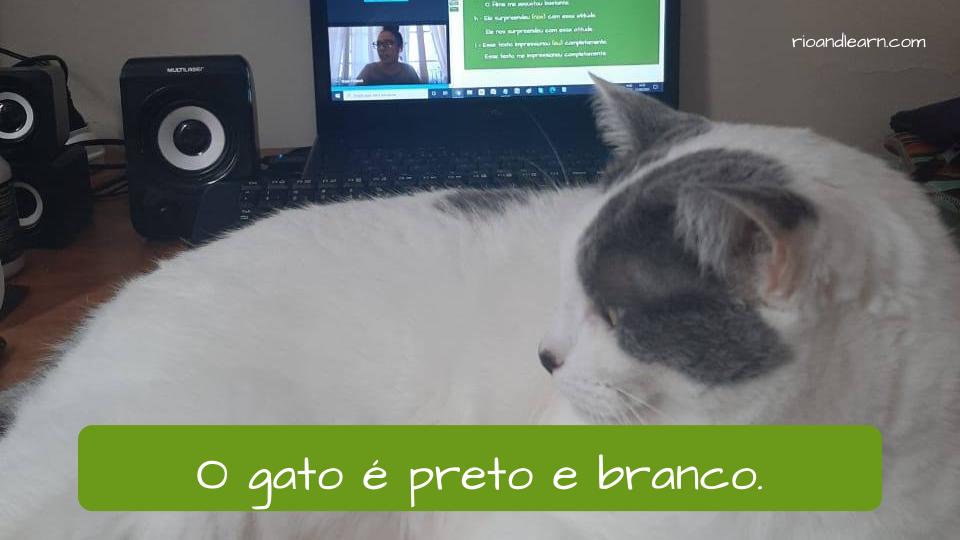 But Why Learn about Exotic Animals in Brazil?

Brazil is one of the countries with the greatest diversity of fauna, flora and biomes in the world. Many of the habitats of these creatures are protected by law. Scientists estimate that the amount of fauna and flora present in the Brazilian territory reaches four million different species. To continue learning portuguese online, we will focus today on the vocabulary related to exotic animals that live in the Brazilian territory. Let’s take a look at this vocabulary and learn more about these species:

The capybara is a very well loved animal in Brazil for its tranquil nature. It is the largest rodent in the world, weighing up to 91 kg and measuring up to 1.2 m in length and 60 cm in height.

The name “Preguiça” and “bicho-preguiça” (lazy animal!) refer to the animal’s extremely slow behavior. Did you know they are great swimmers? Sloths are native to the American continent.

They have this name (glass toad) because their bodies are almost transparent. They are one of the most unique creatures in the Animal Kingdom. The transparency in their skin helps them camouflage against predators in their natural habitat.  You can see their pictures here.

The pink dolphin is the largest freshwater dolphin in the world. In Brazilian folklore, it is said that the pink dolphin has the property of transforming itself into a charming man to impregnate women.

The mico-leão dourado is a primate that lives exclusively in the Brazilian Atlantic Forest, in the state of Rio de Janeiro. It’s a very famous animal in popular culture, and it’s even illustrated on the twenty reais bill.

The tamanduá bandeira anteater is huge! It reaches about 2 meters in length and weighs up to 40 kilos. It is found in Central and South America.

The name of this little armadillo comes from the fact that it can curl up and stay in a ball shape. He was chosen as the 2014 world cup mascot and was given the nickname Fuleco.

The wild gato-macarajá lives in all biomes of Brazil, but it is mainly associated with a forest environment. They can climb trees easily to hunt other animals.

This little bird has white feathers and a red top of its head. It was only discovered in 1996, and is threatened with extinction. You can see more about this little animal here.

This Porpoise is closely related to whales and dolphins. What differentiates toninhas from dolphins is that toninhas have spatula-shaped teeth, while dolphins have conical teeth.

This little primate is a type of marmoset, and lives in the Amazon Forest. He got this name because his body coat is different from his face, which makes him look like he wears a collar. You can see pictures of this animal here.

Arara is a Tupi term that means “many colors”. There are araras of many colors, and most of them are endangered due to deforestation and animal trafficking.

The wrasse lives in shallow reefs in the tropical and subtropical regions of the Atlantic Ocean and Caribbean Sea. You can easily see this beautiful fish here.

This spider belongs to the genus of tarantulas, which are famous for having a body covered with bristles, which look a lot like hair. Although they look dangerous, they are not a danger to us humans.

The macaco-esquilo, also known as saimiri, live in tropical forests in South America and Central America. These squirrel monkeys have yellow-ish fur and white faces. You can take a look at this beautiful animal here.

Toucans are divided into forty species! Like macaws, they come in a wide variety of colors and types. The most famous, however, is the tucano-toco, which is pictured above.

This snake looks a lot like a dragon! She is bright yellow, and her name comes from the fact that she has scales on top of her eyes. Take a look at this awesome snake here.

This frog is considered to be the most poisonous animal on the planet! It has over a hundred toxins that are powerful enough to kill several people with just a single specimen.

The jacaré-açu is unique to South America. These caimans are so big and dangerous that they can even prey on pumas, jaguars, pythons and anacondas.

The puma is a nocturnal animal that came to exist throughout the American continent. Today it only inhabits a few places in Central and South America.

These primates are very adaptable, living from forests to ridges, at sea level or at altitudes. They are present from the Amazon to Argentina.

Howler monkeys are predominantly leaf-eating primates, mainly ingesting shoots and leaves. They have characteristic vocalizations that can be heard from miles away.

Also known as jaguar, the jaguar is the third largest feline in the world. They are excellent swimmers, and live alone. They can weigh up to 160 kilos!

Pronunciation of Exotic Animals in Brazil

Let’s watch the Video and get to know the pronunciation of some Brazilian exotic animals:

That’s it guys! Thank you for reading our Dica about Brazilian exotic animals. Don’t forget to subscribe and see you next time!