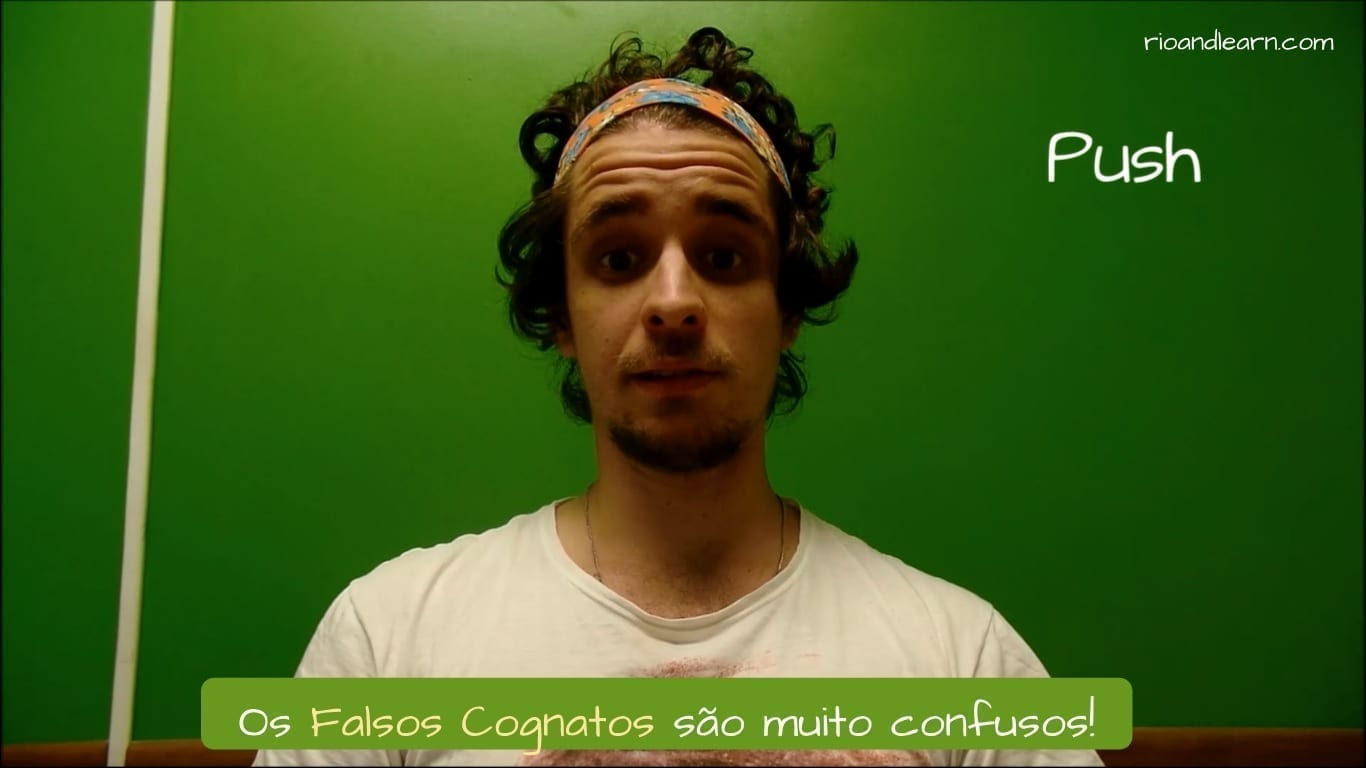 Hi, guys! How are you? At our Dica today we’re talking about the so confusing False Friends English Portuguese!

It can be really confusing trying to understand Portuguese using words in English.

False Friends are those words written in a similar way in two languages yet meaning something different altogether.

That’s why we call them False Friends, because you can’t trust them at all!

Push:
For example, the word PUSH
In Portuguese, PUSH can be understood as PUXE, that means to pull!

Amass:
What about Amass?
Amass sounds like Amassar em Portuguese, that means to crush something.

Exquisite:
There’s also Exquisite!
Exquisite sounds like Esquisito, that means Weird in Portuguese, so it’s best you don’t use that compliment.

Funny, right? So take a look at others False Friends:

And that’s it! I hope you had fun at today’s Dica!

Tchau tchau and see you later!