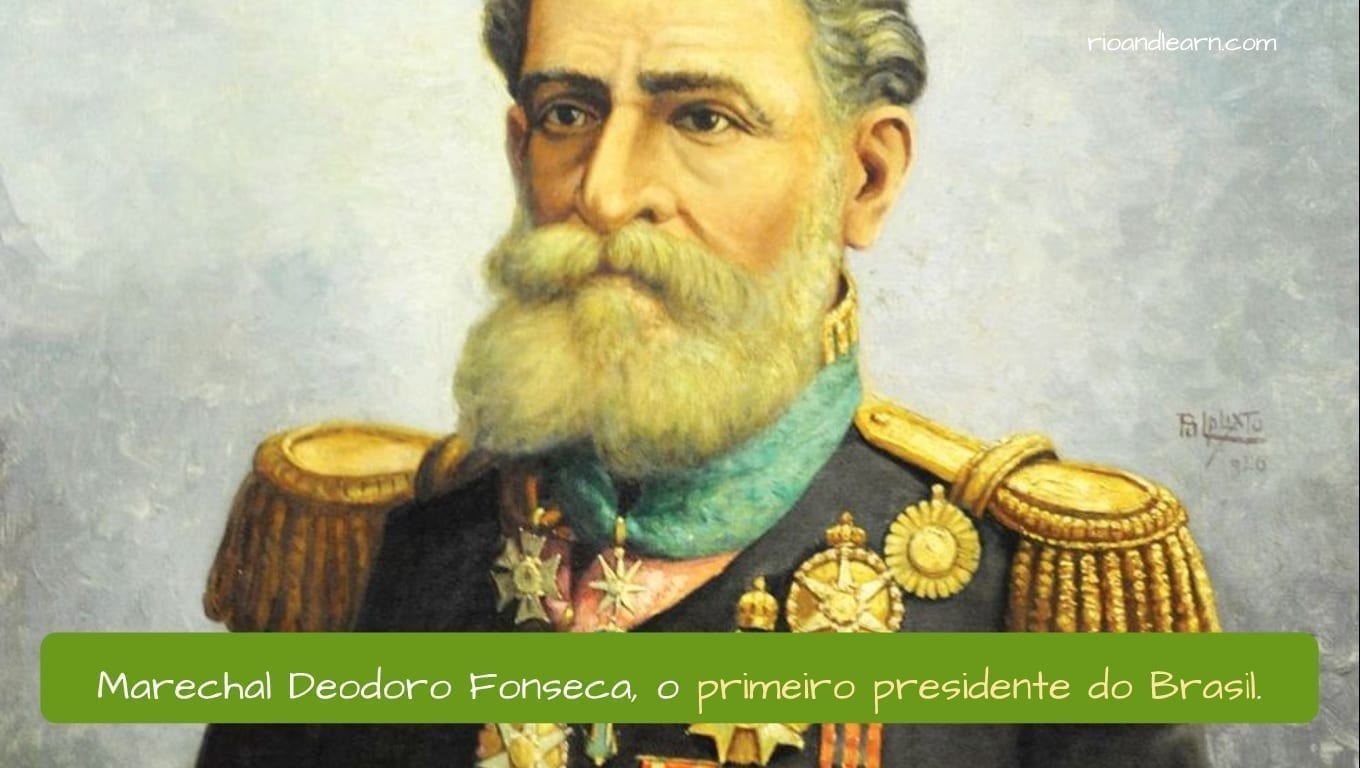 Hey there, everyone! How are you?
We know that on November 15th in celebrated the Proclamation of the Republic in Brazil. And what about the first president of Brazil, do you know him? His name was Marechal Deodoro da Fonseca.

The first presidential election was in February, 1891. The president was elected by the Congress and the result of the election for the first president of Brasil declared Marechal Deodoro da Fonseca as the winner. He had been leading the country in a provisional government since November 15th, 1889, when Monarchy was abolished and gave a start to the Republic in Brasil.

Manoel Deodoro da Fonseca, the Marechal, gained a huge notoriety during the War of Triple Alliance (the war in which Brazil, Argentina and Uruguay joined forces) between the years 1964 and 1870 and after that he was promoted to the rank of general.

Even though he was a conservative politician and personally loyal to the emperor, Marechal Deodoro da Fonseca felt he had a duty as an officer of protesting against the acts of the government and also the task of insisting that his officer colleagues had the same right to express their political views. Declared unsubordinated by Pedro II, Fonseca leaded the military revolt on November 15th, 1889 which brought an end to Monarchy and Brazil was declared a republic.

As the first president of Brazil, Marechal Deodoro da Fonseca was considered arbitrary and ineffective. By trying to rule by decree, Fonseca was forced to resign in November, 1891, staying for 10 months only in the presidency.

During the government of Afonso Pena, the 6th president of Brazil, Marechal Deodoro was Minister of War and made mandatory the military enlistment. However, the enlistment was only made effective when Brazil entered the World war I.

So, guys. Did you enjoy our Dica? Have a nice holiday everyone!