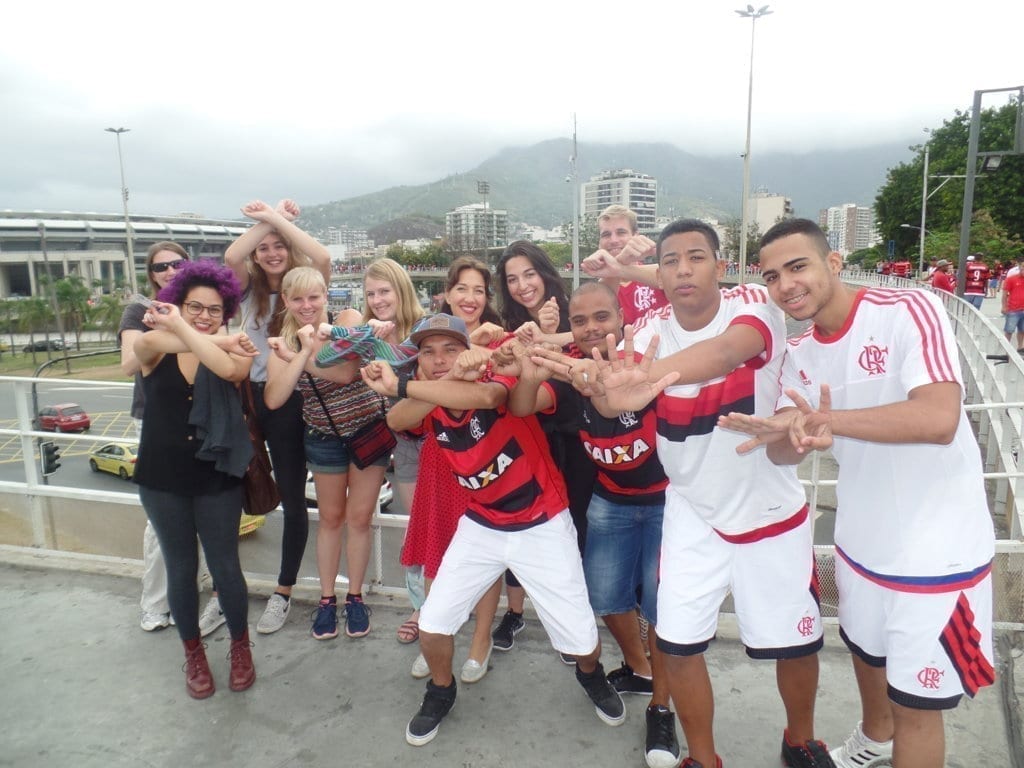 Our RioLIVE! on the weekend was a football match at Maracanã Stadium. The match was Flamengo x Internacional, two big clubs in Brazil that are at the top positions in the Brazilian league. The first half was very good because it was raining, but the vibe at the bleachers was just the opposite. Flamengo‘s fans were singing  all the time and cheered up our Portuguese students who made a big effort trying to sing the songs in Portuguese with them.

During the match, our students could learn a lot of informal words, mainly the bad ones. After that, they even said that they wanted to have a specific bad words class at Rio & Learn. It was great because besides singing the songs, our students could talk to the other cariocas at the stadium practicing their Portuguese even more. In the end, it wasn’t a very happy afternoon, since Flamengo lost the match for 0 x 1 Internacional. We were a little bit sad but got happy again having dinner and some drinks in a local bar close to Maracanã, it was the farewell of our student Sabina who’s coming back to Italy.
Although the result of the match, it was a great afternoon. Come you too to take part in our RioLIVE! Activities. 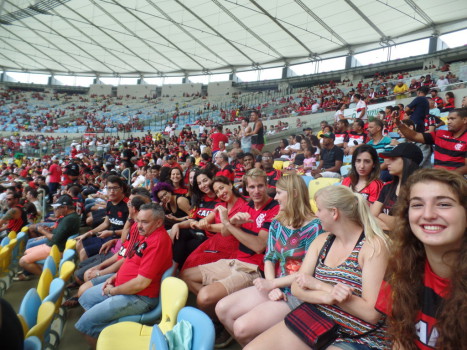 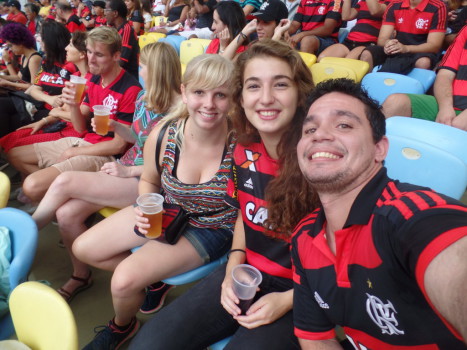 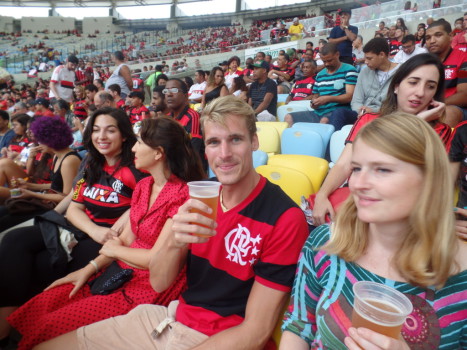 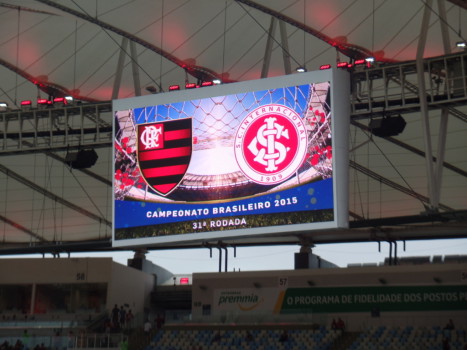 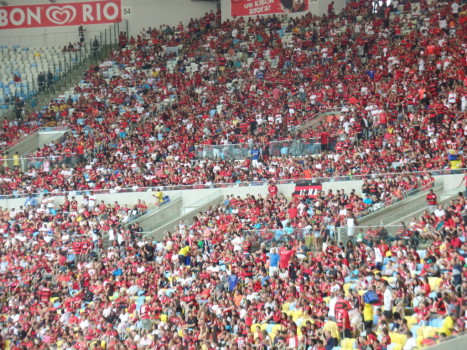 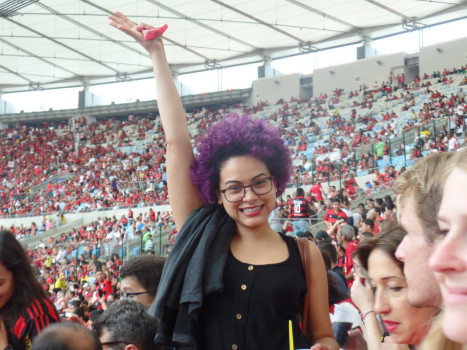 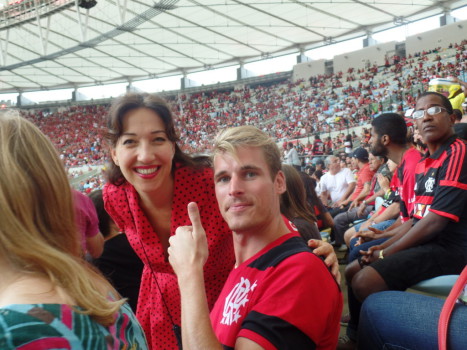 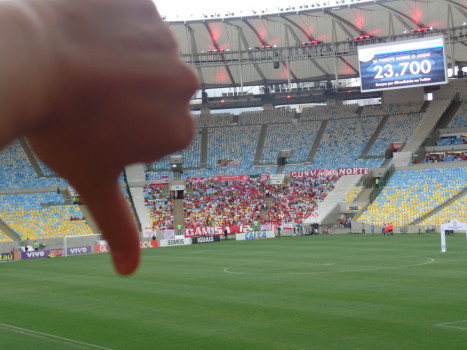 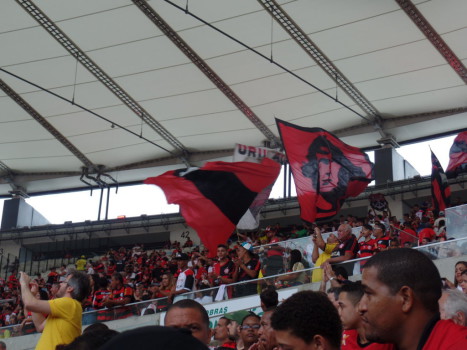 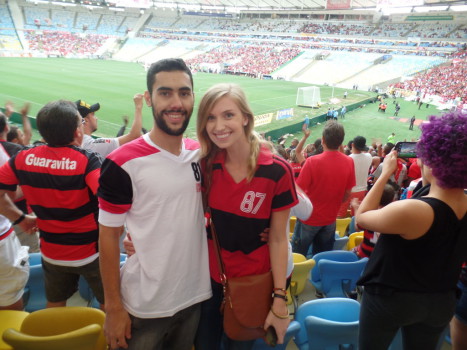 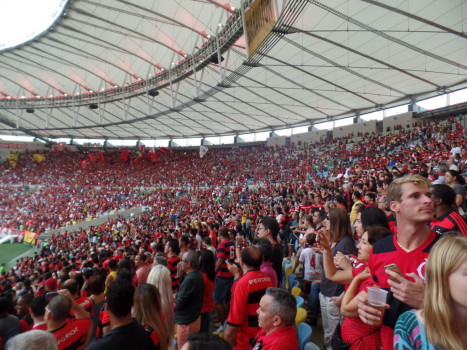 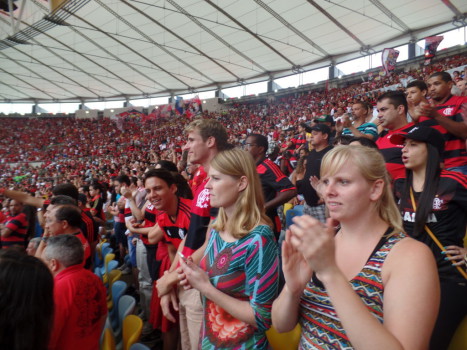 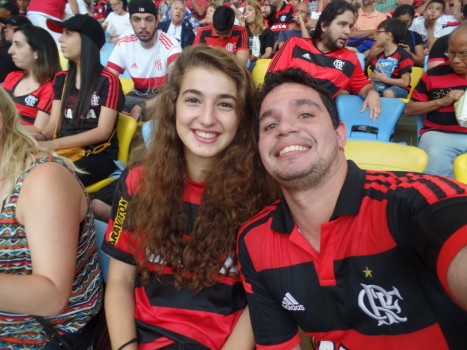 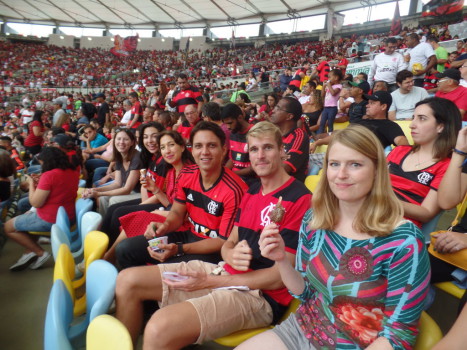 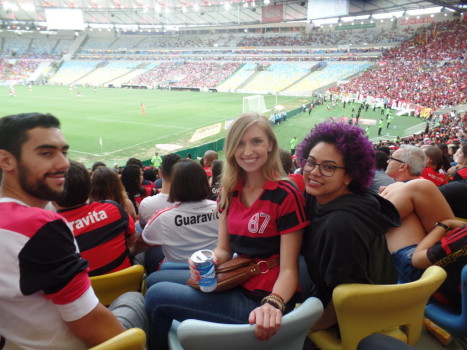 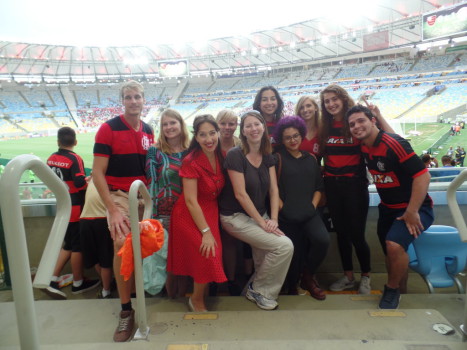 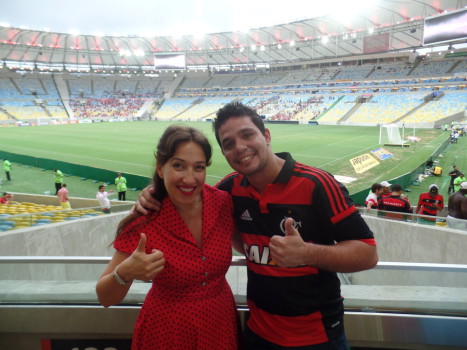 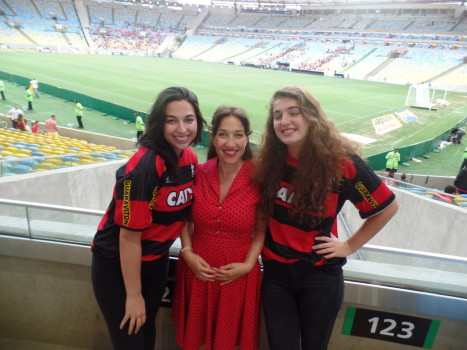 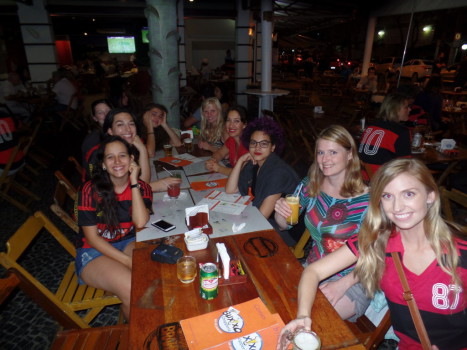