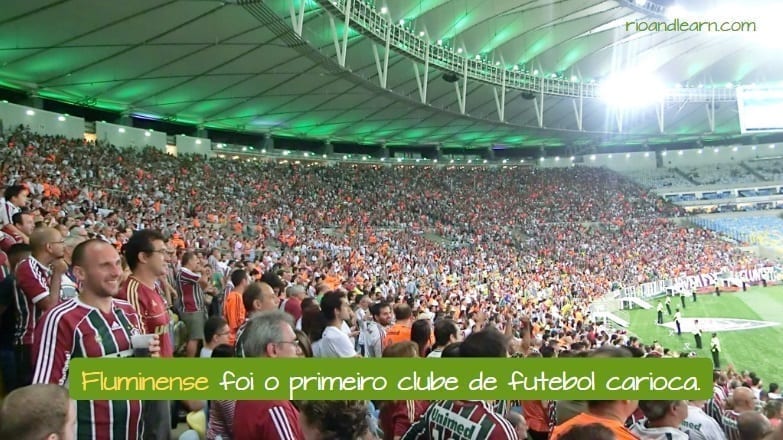 Hey there, friends! Ready to learn Portuguese? In today’s Dica we are talking about a Brazilian Football Team.
We introduce you to the history of the Fluminense Football Club. Have you ever heard of this team?

From the origin to Pó de Arroz

The Brazilian Football Club, Fluminense, was founded on July 21st in 1902. It is one of the most popular football clubs in Rio de Janeiro and across Brazil. While most of the carioca clubs started as rowing clubs, Fluminense was the first one to start as a football institution, located in the neighborhood of Laranjeiras in the south zone of Rio de Janeiro. There, the club became really popular throughout Rio de Janeiro, winning the regional championship and for many years holding the record of most titles in Rio.

Fluminense Fooball Club throughout history saw some of Brazil’s greatest players, names such as Gerson, o canhotinha de ouro, Renato Gaúcho, and the most recently, Fred, who played for the Brazilian Team during the 2014 World Cup. Talking of great players, we mustn’t forget about Carlos Alberto Torres. He used white powder (pó de arroz) after shaving and when the fans of opposing teams found out about this, they started yelling Pó de Arroz! as an insult. The fans of Fluminense Football Club took this nickname in a nice way and adopted it, still nowadays they have the tradition of throwing pó de arroz (white powder) when the players go onto the field.

In addition to winning regional titles, Fluminense also sought their place in the national football scene achieving some important titles for its history. Let’s see some of these important titles, check it out: 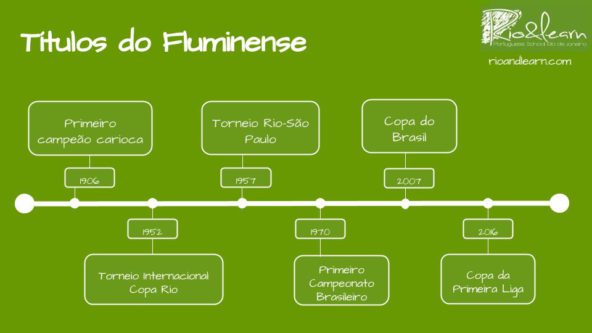 This is what makes Brazilian Football Club Fluminense one of the most popular teams in Rio de Janeiro, amassing fans all over the city and of course all over Brazil.

What about you? Had you heard of Fluminense Fluminense Football Club? Do you know any other team in Rio de Janeiro? Tell us!

If you want to know more about Brazilian Football Teams check out our latest RioLIVE! Weekend Maracanã at this Facebook album: here.

See you for our next Dica!
Big hug from Rio de Janeiro!