Football on the beach

Football on the beach

What a nice boys football on the beach afternoon yesterday! We arrived worried about not being lots of people, but our Italian student Michele fastly used his Portuguese to talk with two young Cariocas that were playing alone to join us to do bigger teams. Then two other Cariocas came to ask to play with us, so teams were already4 against 5. We started playing just in one goal, but 5 minutes later arrived three cariocas, so we had already teams 6 vs 6. It was starting to be very cool

Hiroshi from Japan started with a great performance playing as a goalkeeper, but later, played as Honda!

Game finished 4-4 as we had to stop to allow to play to the young kids of a football ‘escolinha’ (school). After the game we did a nice swim on the sea, we needed to recovery nicely, what a better way that swimming on the sea of Copacabana.

See the pre-match picture at the end of the post and the final picture of the game just at the beginning of this post. 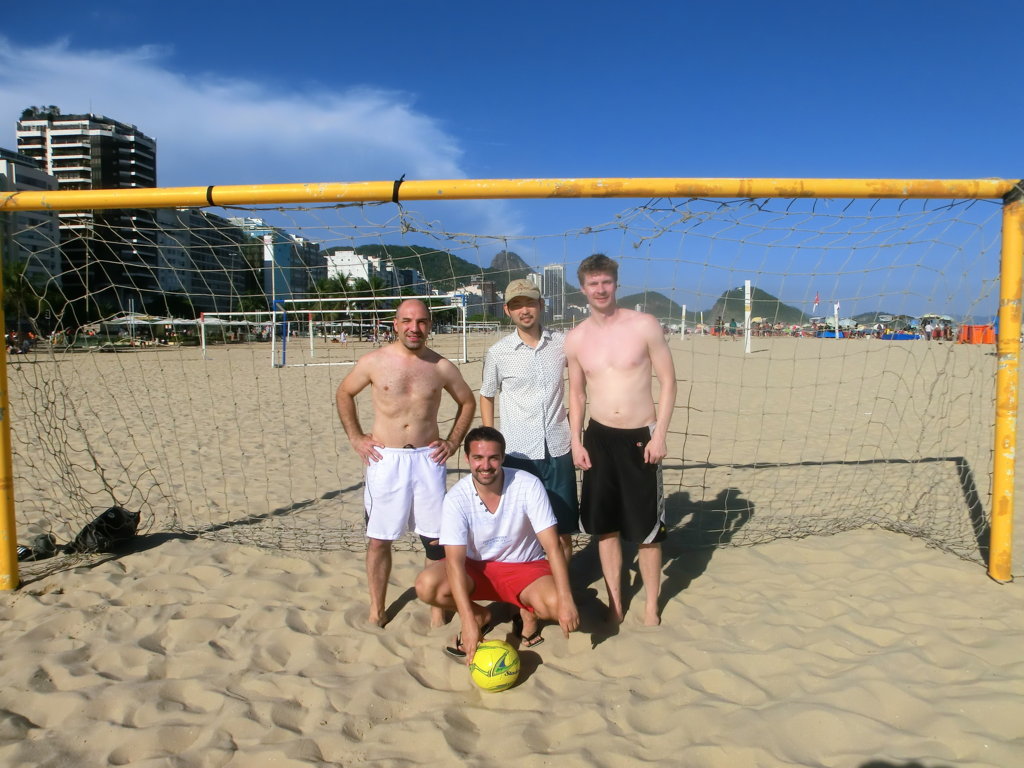