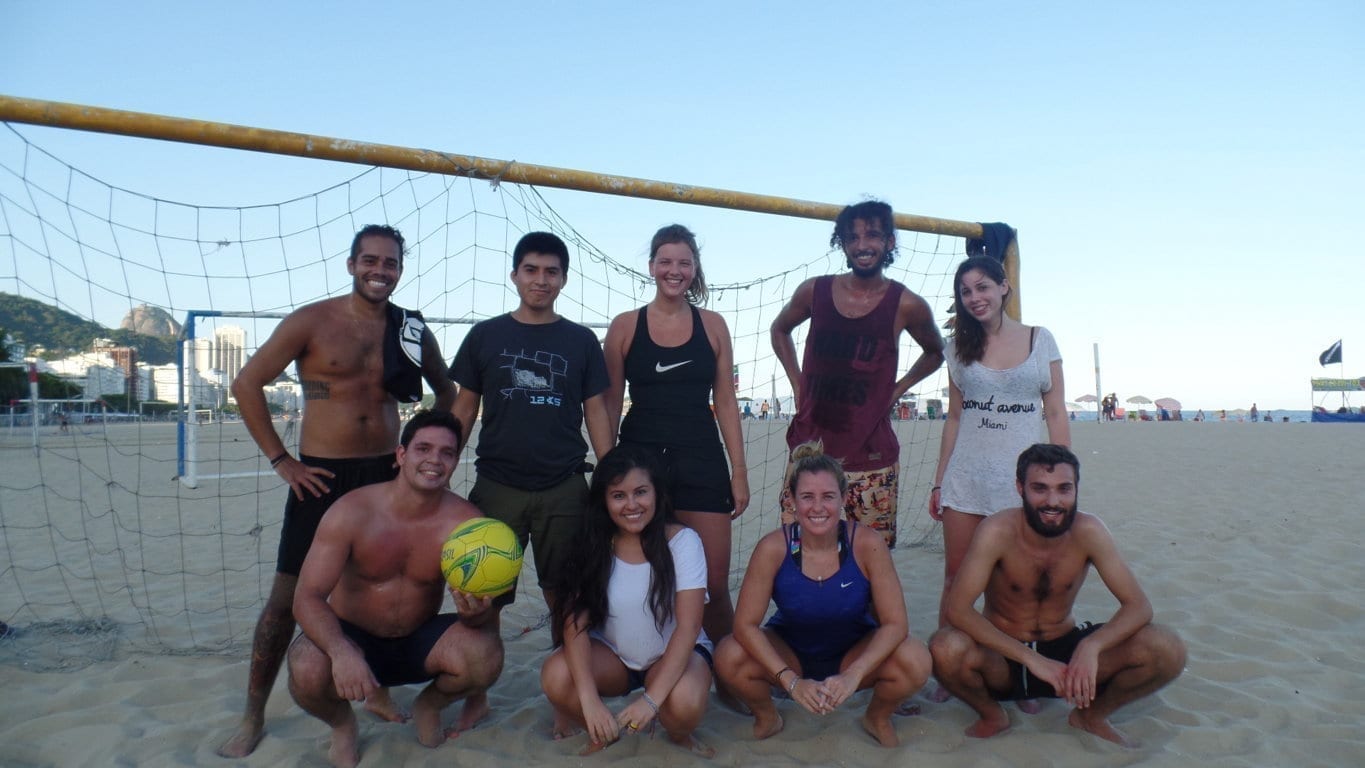 With another beautiful sunny afternoon at the Cidade Maravilhosa, our Portuguese students had a lot of fun playing football in Rio. The sport is the national passion for Brazilians, so this RioLIVE! included the teachers as well. Pablo and Igor. For some students it was the first time  they had the opportunity to play football on the beach, which made things harder, since playing on the sand requires a lot of skill and energy. But our students are awesome, and did really well.
We divided in two mixed teams, with boys and girls and started our matches. On the first match we were rested, and the level o football was really high and the match was well disputed. The total interaction between the students was amazing, and at all times they spoke Portuguese between themselves. After the first match we were all tired, but decided to have another one, first three goals wins! On this match the technical level wasn’t so good, but it was certainly fun to watch everyone giving their best to win. Finally, we ended our RioLIVE! with a fun penalty dispute. It was a very fun afternoon in which we spoke a lot of Portuguese and had a great deal of fun. After the football, we jumped in the ocean!
Come and participate in the RioLIVE! Activities with Rio & Learn. 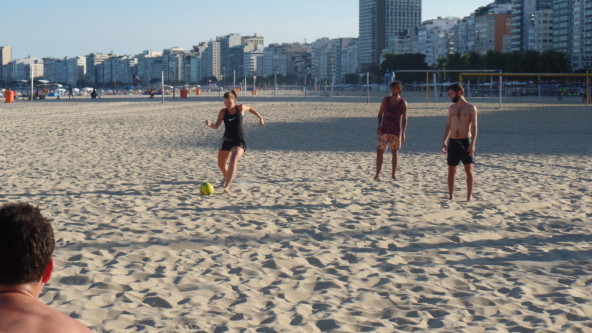 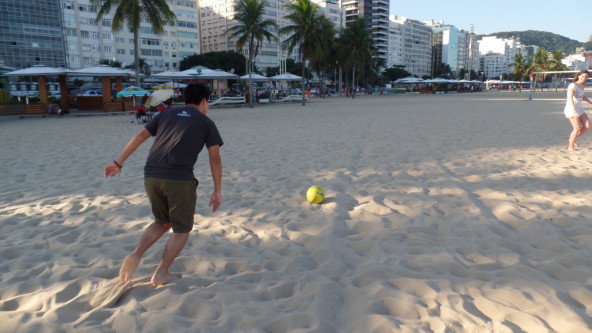 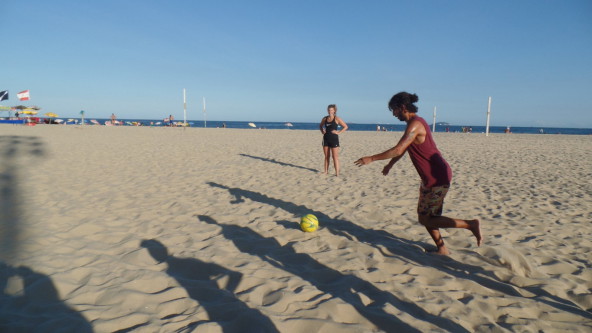 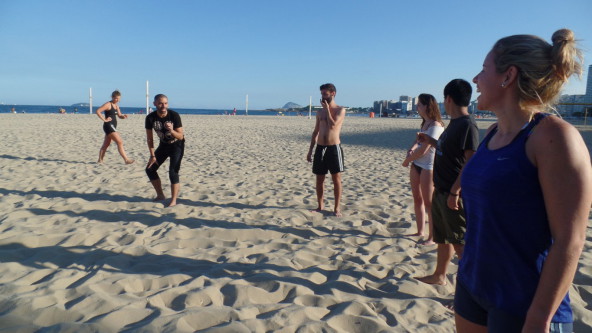 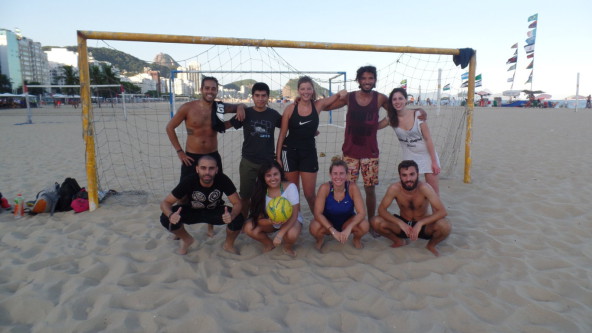 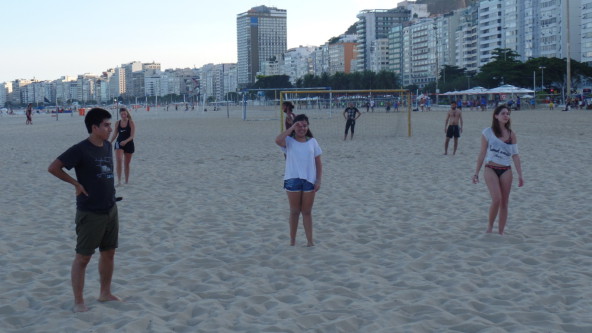 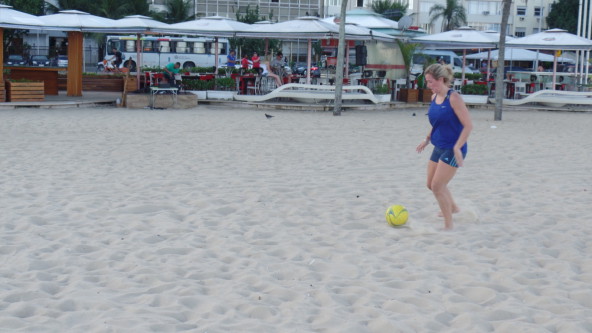 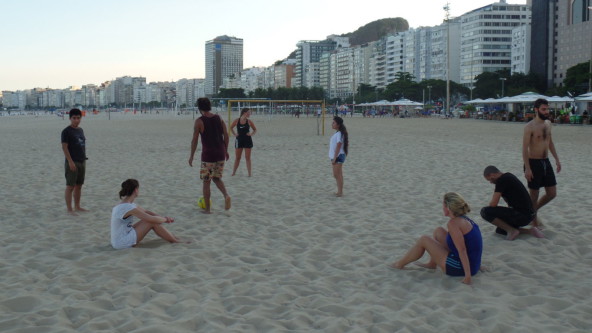 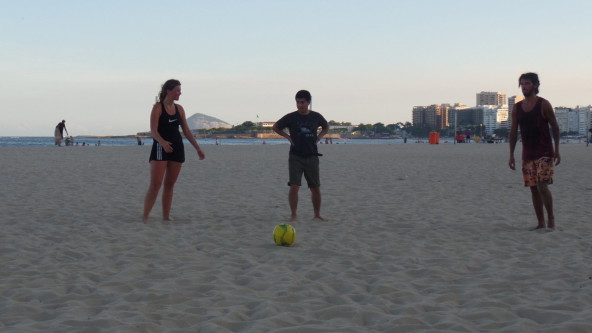 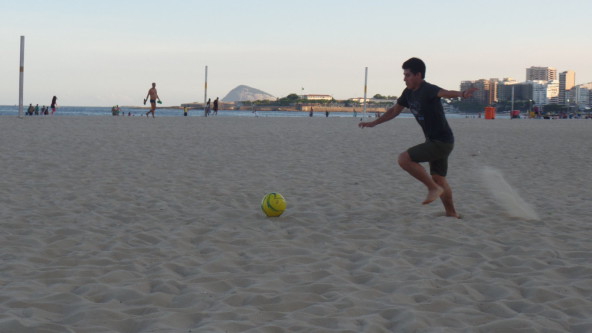 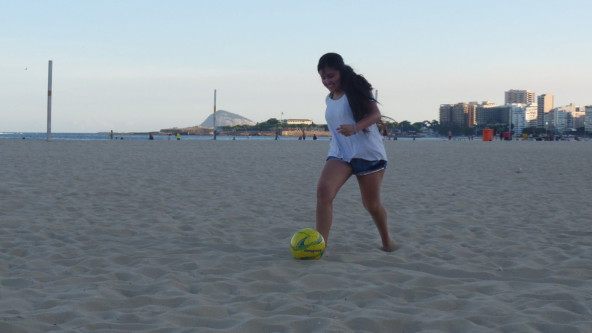 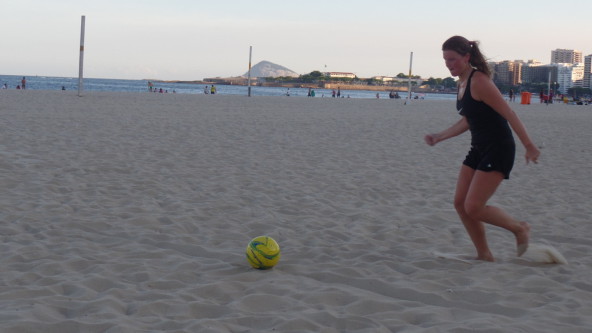