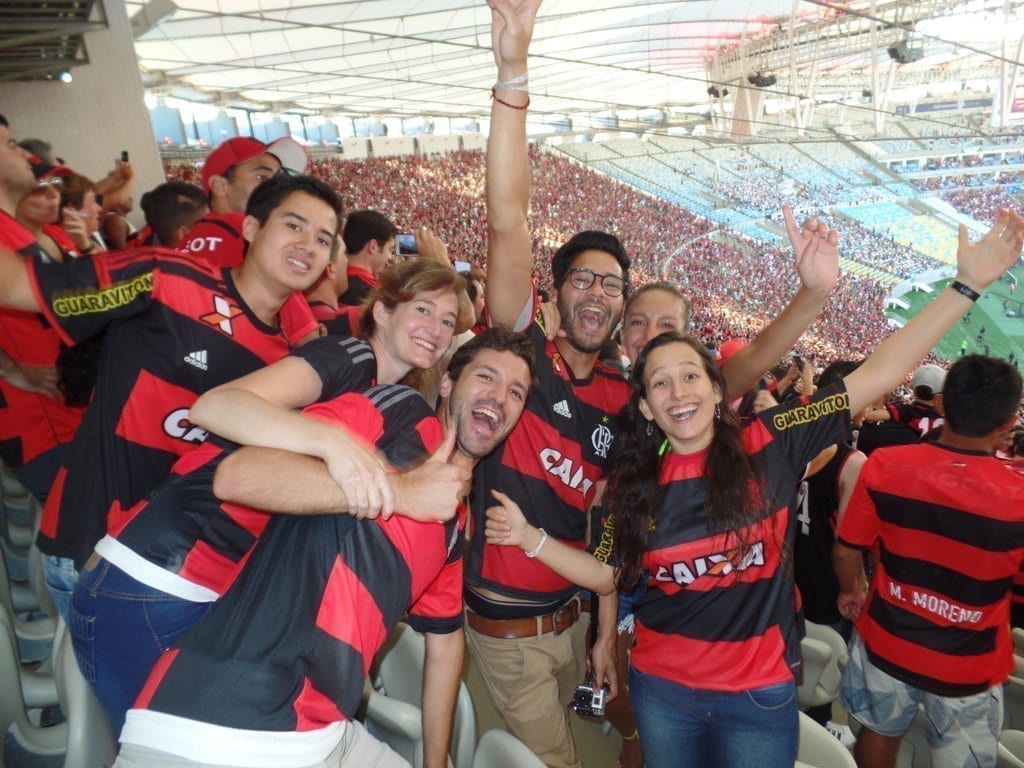 The old Maracanã stadium has the record for the largest football match assistance with 183.341 people Brazil vs. Paraguay on 31st of August of 1969. It is the place where Pelé did his 1,000th goal and where he played his last match with Brazil.

For the 2014 World Cup, the stadium was rebuilt and today it has a maximum capacity of 78.838 people.

We will go and enjoy a match and cheer at this historical place, or the heart of Brazil as we say in Portuguese! Let’s go learn Portuguese at the Maracanã Stadium!