Football in the Sands of Copacabana 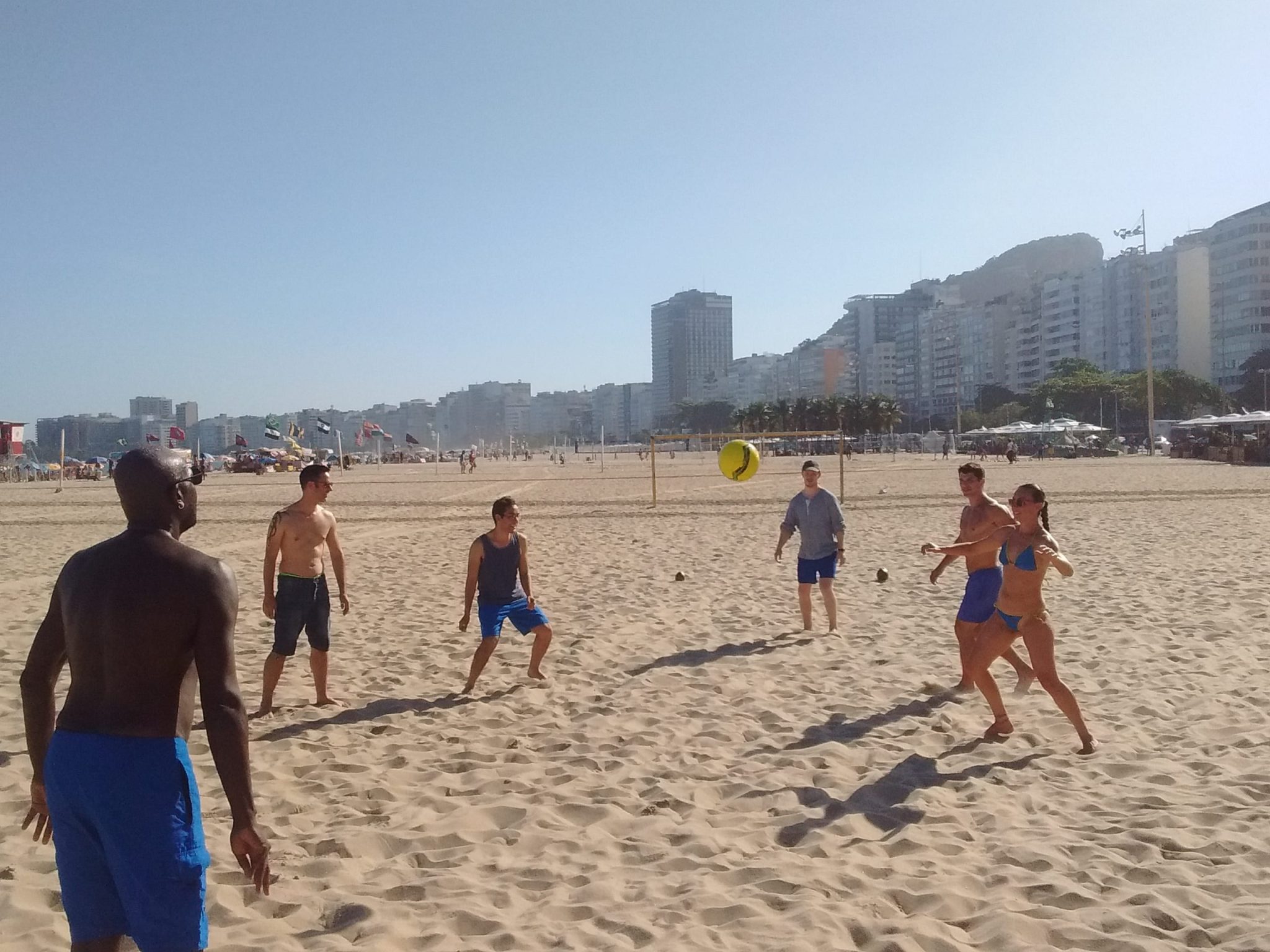 Football in the sands of Copacabana after class. Can you picture a school that has a beachside for a front yard? That’s our school. Chilling and enjoying playing beach soccer among friends. Rio & Learn is a sweet harbor for anyone who wishes to spend an afternoon like this. Football is a democratic sport that can be taken anywhere. Not to mention when you have a sand court and nothing but skies above your head. We must always warm up by playing a little altinho game first, so we don’t pull any muscle. Then the match is on for 10 minutes or 3 goals, whichever comes first ! When we’re done, there’s plenty of fresh water in the sea to cool off ! A good health tip is drinking coconut water after sports, because it has a lot of potassium. It helps the body to hydrate and replaces the energy, just like a banana would do to an athlete.