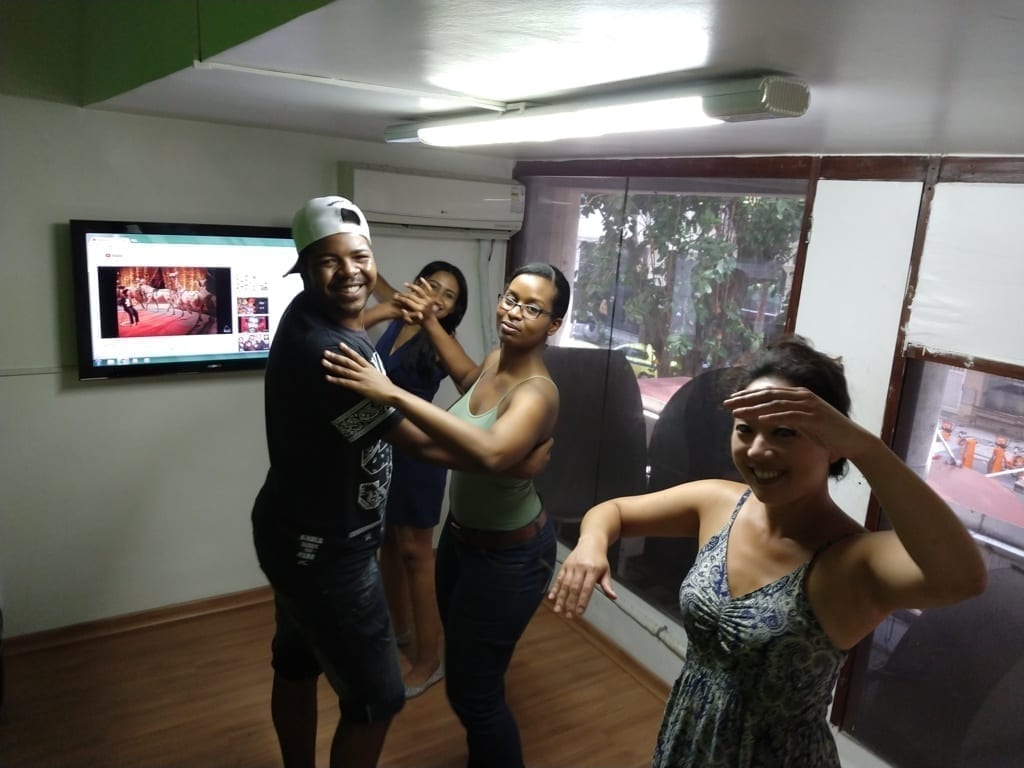 Our Portuguese students showed that they are the real Forró Girls! That because of fact that there were only girls doing this RioLIVE! Do you think they were bothered because of this situation? Big mistake, they showed their girl power and with each step taught by the instructor, they showed what the Forró Girls are made of!

See more of this RioLIVE! on the video below:

See more of this activity also on our Facebook page:

A well spent aftrernoon with dancing, learning and Portuguese practice! Come to to Rio & Learn and take part in our RioLIVE! Activities.