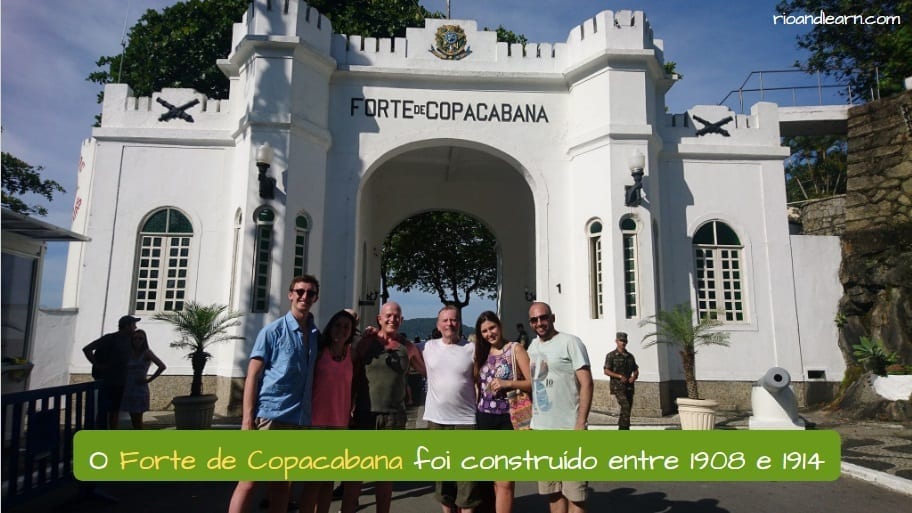 Hello, everyone!
Let’s learn the history of Fort Copacabana in Rio de Janeiro.

Fort Copacabana is a military base at the end of Copacabana beach here in Rio. There, you can find the Army Historical Museum and have a complete view of the beach.

As we have seen on our Dica about the history of Copacabana beach, the fort was built where it used to be a chapel for Nossa Senhora. The chapel was then demolished and the Fort Copacabana was built. The army started to build it in 1908 in order to protect the beach and the entrance to the port of Rio de Janeiro. The construction was finished in 1914.

On the 5th of July 1922, the fort was the center point of the Revolta dos 18, a military rebellion that had the goal of ending the Old Republic. Under the command of the Captain Euclides Hermes da Fonseca, 300 officers and civilians resisted bombing at the fort and marched along the beach towards Fort Leme. Unfortunately only 18 of them made it to the end, while many others decided to abandon the movement.

Join us on our Sunset at Arpoador RioLIVE! and have a look at the place by yourselves. It’s simply worth visiting!
Come and check it!