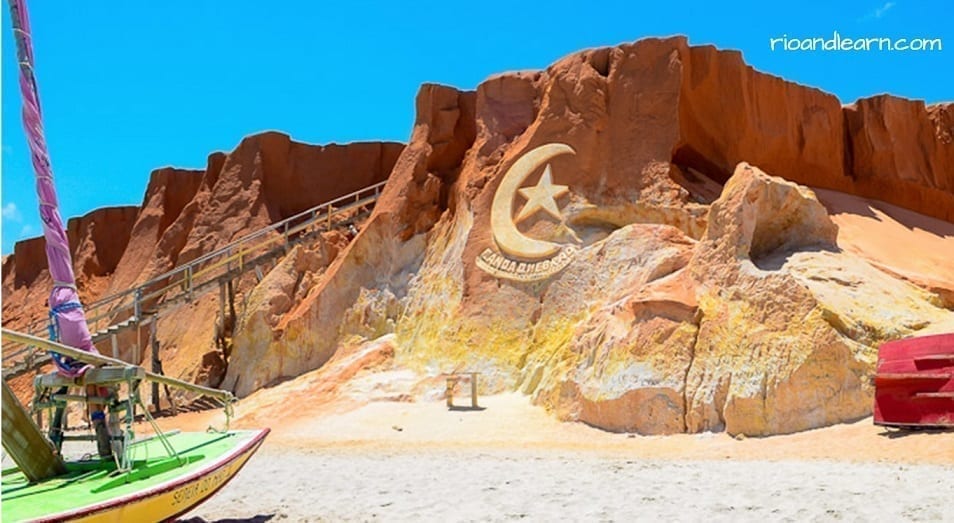 What’s up, friends! Have you ever heard about the city of Fortaleza in Brazil? Today we are going to learn about the history, the tourist attractions and Fortaleza’s fabulous beaches in our Dica do Dia.

The history of Europeans in Fortaleza began on February 2, 1500, when Vicente Pinzón landed in Mucuripe’s cove and named the new land Santa Maria de la Consolación. Because of the Treaty of Tordesillas, the discovery was never officially sanctioned. Colonization began in 1603, when the Portuguese explorer Pero Coelho de Souza built the Fort of São Tiago and founded the settlement of Nova Lisboa. After a victory over the French in 1612, Martins Soares Moreno expanded the Fort of São Tiago and changed its name to Forte de São Sebastião.

In 1630, the Dutch invaded the Northeast of Brazil, and in 1637 they took over the Forte de São Sebastião. After fighting against the Portuguese and indigenous peoples, the Dutch had no choice but to surrender control to the Portuguese. They renamed the place Fortaleza da Nossa Senhora de Assunção, which was abbreviated as Fortaleza shortly afterward. The city was founded in 1726, and in 1799 it became the capital of Ceará.

During the imperial period, Fortaleza became the urban center of Ceará mainly due to its sizable cotton industry. It was a major shipping center that exported the majority of its products to Europe. After the Proclamation of the Republic and the beginning of the twentieth century, the city went through a lot of infrastructure improvements and urbanization. This led to a rural exodus in nearby communities causing a boom in the city’s population. Fortaleza is the fifth biggest state capital in Brazil.

Nowadays, besides being well-known for its industrial and economic importance, Fortaleza has become a must-see stop for tourists.

What to do – Fortaleza in Brazil

Want to visit Fortaleza, but don’t know where to go? Well, we’ll show you the best places to visit in Fortaleza Brazil. Check it out…

Visitors from all over Brazil as well as other countries come to see the city and the beaches. Some of the most talked about and best places to go are Praia de Iracema, Praia do futuro, Canoa quebrada, Centro Dragão do mar de arte e cultura and Beach Park. 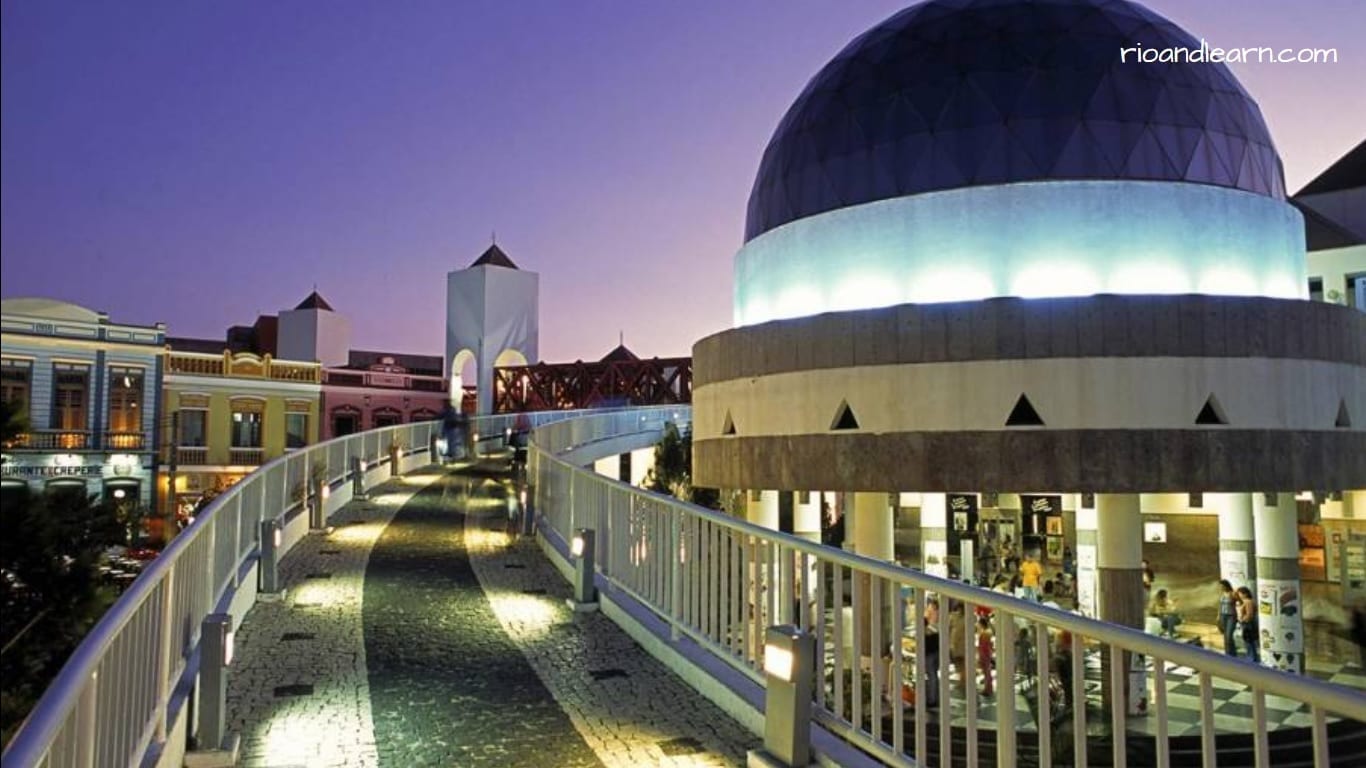 If you like the arts and enjoy exhibitions you need to go to centro dragão do mar de arte e cultura. It has a large variety of cultural exhibits to see and it’s a great option to take a break from the beaches and get to know more about the Northeastern culture. 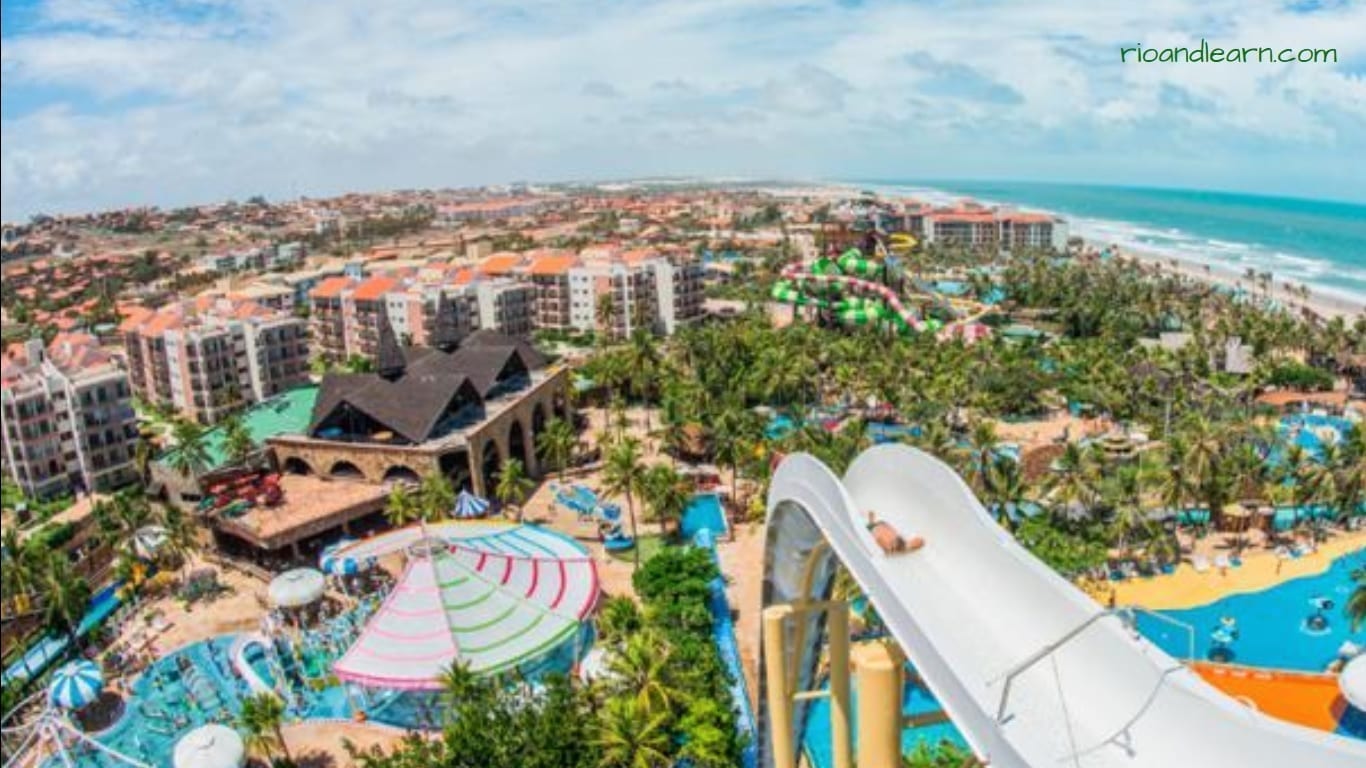 Explore the Brazilian City Fortaleza in a different way. To have fun with your family and enjoy the lovely weather, you can go to Beach Park. It’s a water park with lots of slides and activities to keep you amused and an incredible view! You’ll definitely have fun there. 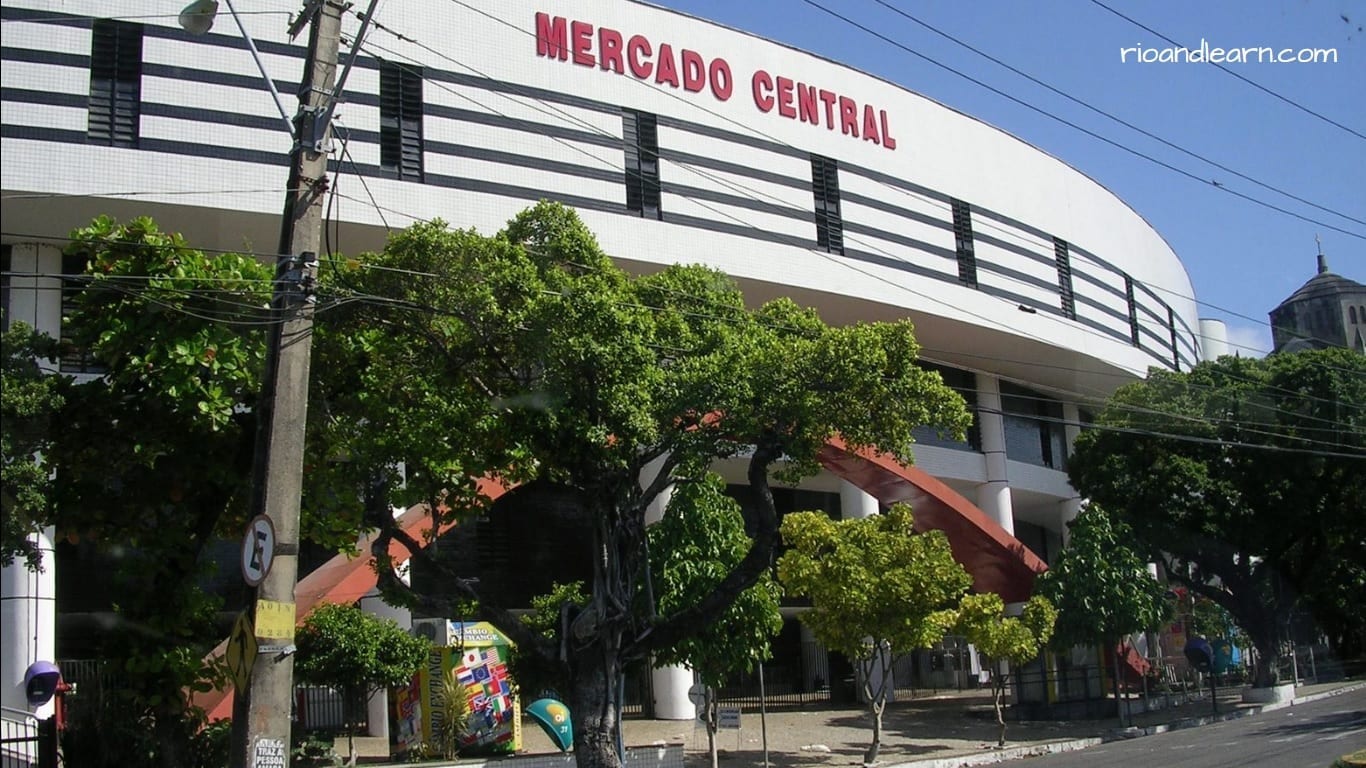 A great place to eat is Mercado Central de Fortaleza in Brazil. Inside, they have traditional food, clothes and everything that you could imagine, you can buy local souvenirs to give as gifts or keep for yourself! As well as trying the local food, drink some of their famous cachaças.

Want to know more places to visit? Take a look at that list:

When it’s sunny outside what do you like to do? Do you like going to the beach? We know that the beaches in Fortaleza are not as awesome as in Rio de Janeiro, but they are pretty good. So, here are the best Fortaleza beaches for you to visit. 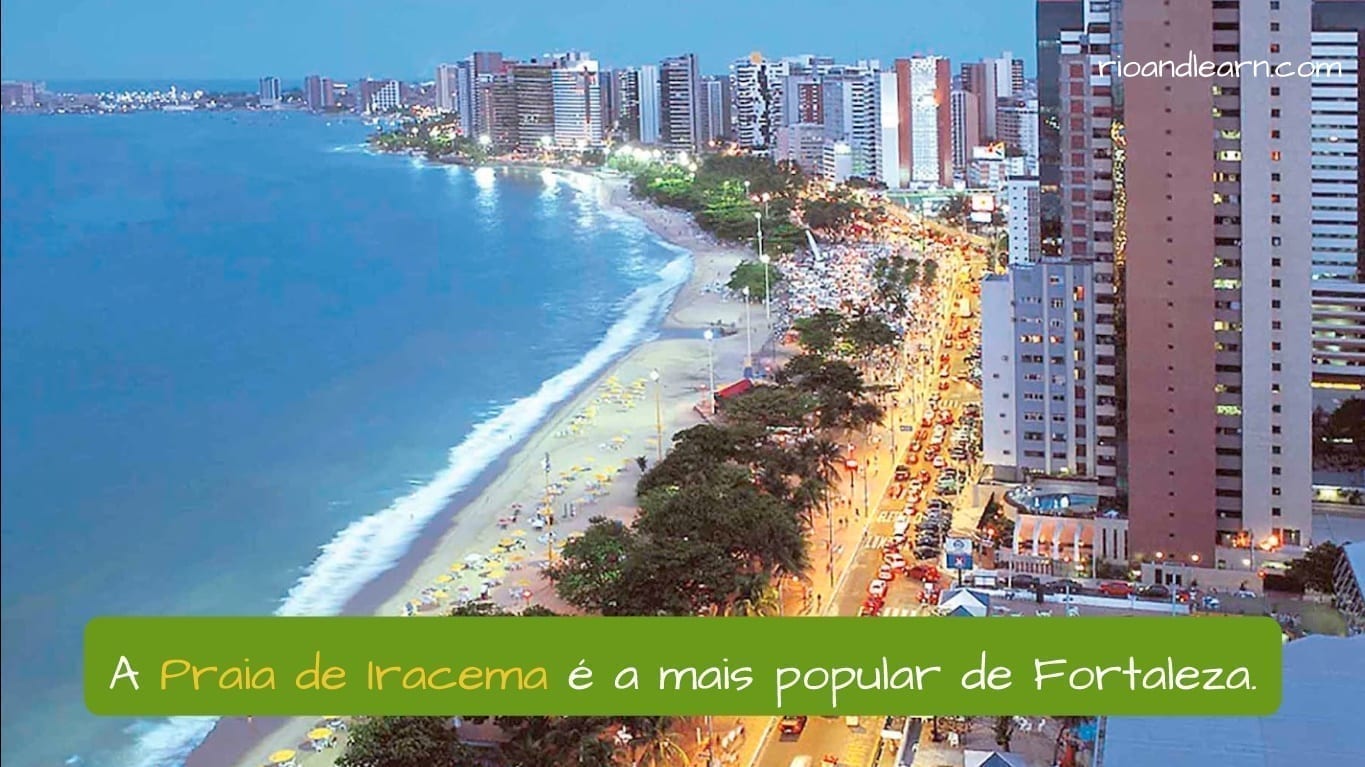 This is one of the most popular beaches in Fortaleza. The name of this beach is a tribute to the character Iracema from José de Alencar‘s novel also called Iracema. You’ll find the best nightlife in Fortaleza there. It is one of the main places to go to events, concerts and more. 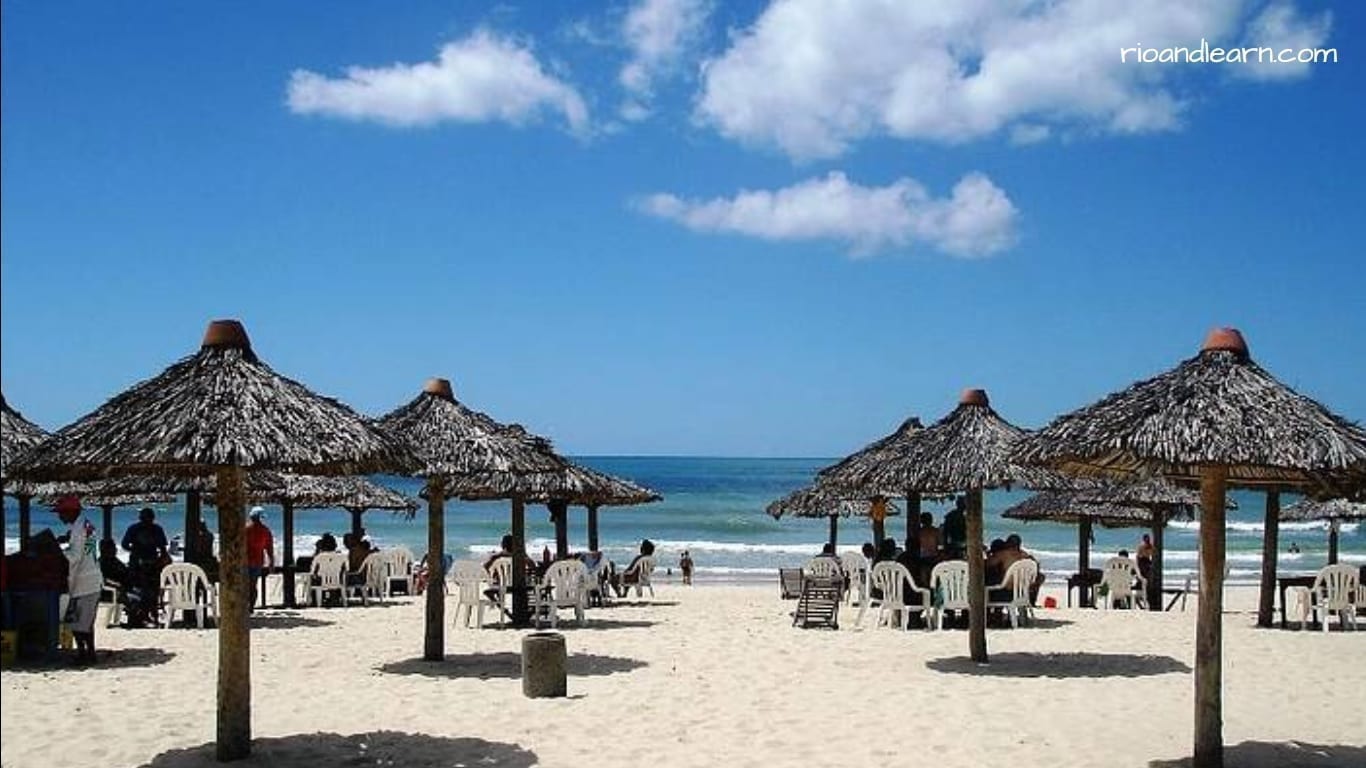 Praia do Futuro is an amazing beach, as you can see. It is clean, beautiful and has a lot of restaurants for you to eat incredible food. There’s a very nice Brazilian movie called Praia do Futuro that takes place on that beach, take a look.

This one is not exactly in Fortaleza, but it’s so close that we thought it was worth mentioning. Canoa Quebrada is an incredible beach located at Aracati, next to Fortaleza. Its landscape is characterized by dunes and reddish cliffs of up to thirty meters above sea level. This beach has its own symbol: a half moon and a star. It is drawn on a cliff there, as the photo shows.

Other amazing beaches are:

There is no doubt that Fortaleza should be on everybody’s list of cities to visit in Brazil. And you? Have you ever been to Fortaleza? Would you like to visit it?

That’s it, friends! We’ve just learned a little bit about the history of Fortaleza. Want to learn more? See our latest Dica do Dia or follow us our Youtube Channel for more Portuguese lessons and tips.