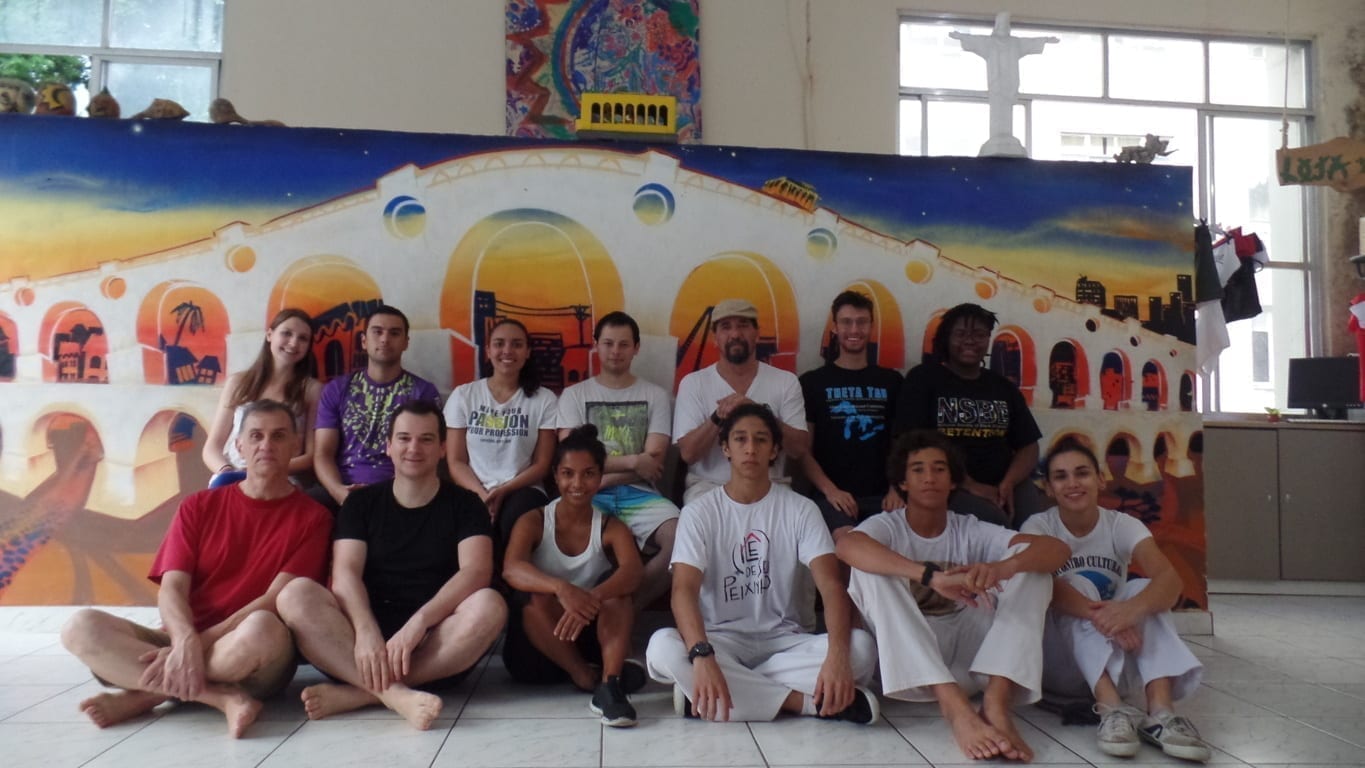 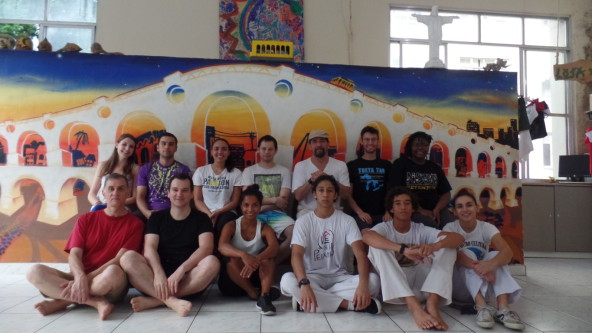 Fun and capoeira are great ingredients for a perfect afternoon in Rio de Janeiro. Besides getting to know a bit of the Brazilian culture, our Portuguese language students also learned a bit about capoeira. Master Toni Vargas welcomed us at Grupo Senzala, located in Leme, to teach us a very fun capoeira class.
Right at the warm up the students noticed that the afternoon would be filled with fun and capoeira. Since the exercises were very funny and made in doubles, it was really good way to bring the students closer in a way that they could speak a lot of Portuguese. The Master made a mix of history of capoeira and rodas de capoeira. Since it was created by slaves that at the time were not allowed to fight, this martial art was made in a way that it looked like they were playing and dancing. Our students “played”, sang and had fun with capoeira.
It was an amazing afternoon, and when it was over, we wanted to keep doing it longer! Maybe on the next RioLIVE! Capoeira. Even after two hours of exercise we still had a lot of energy for more activities. Come meet us at Rio & Learn and join us on all the fun, taking part in our RioLIVE! activities. 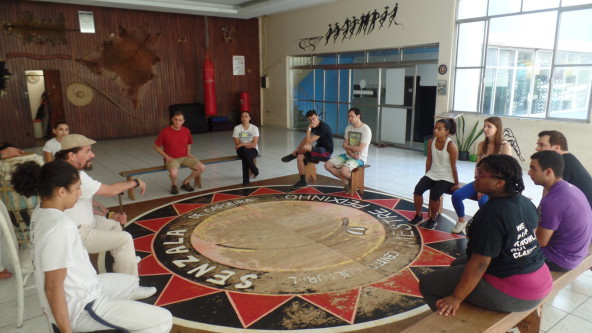 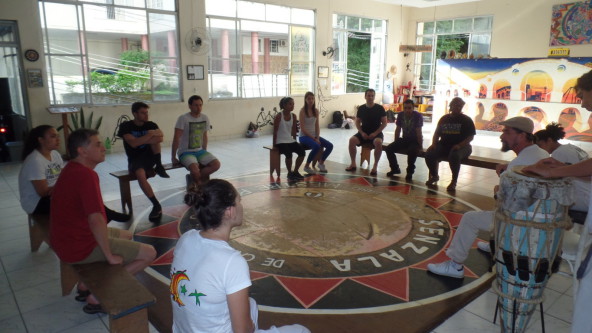 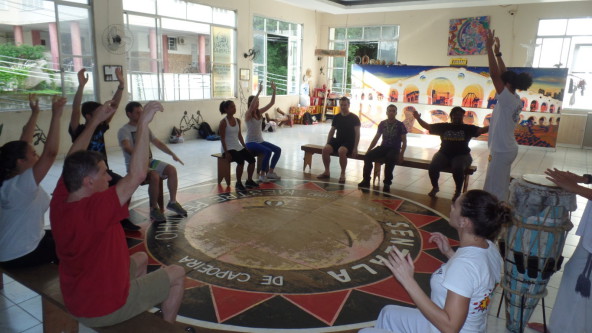 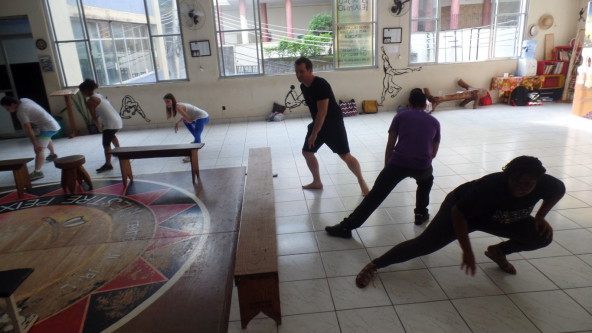 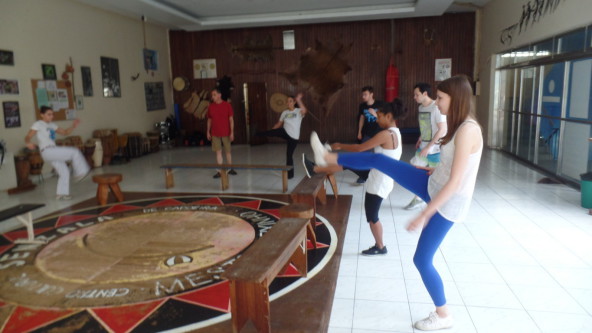 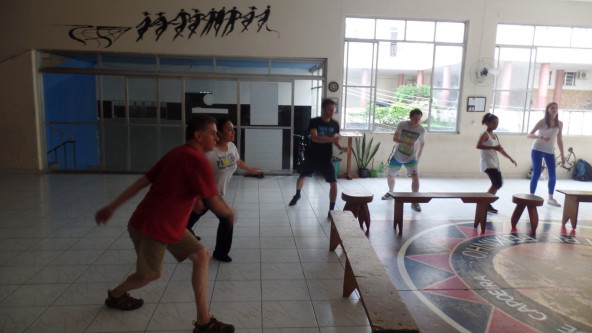 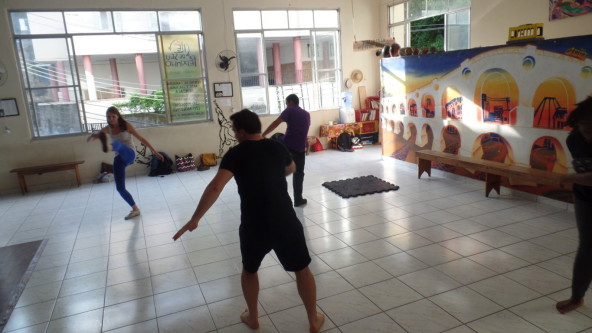 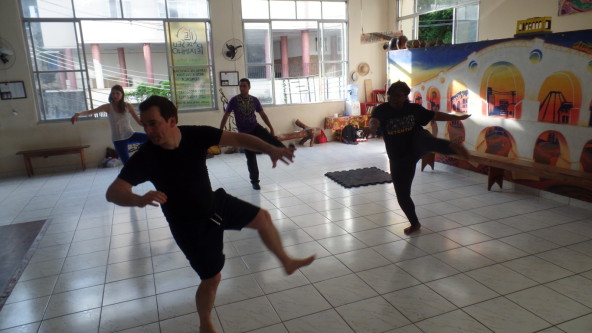 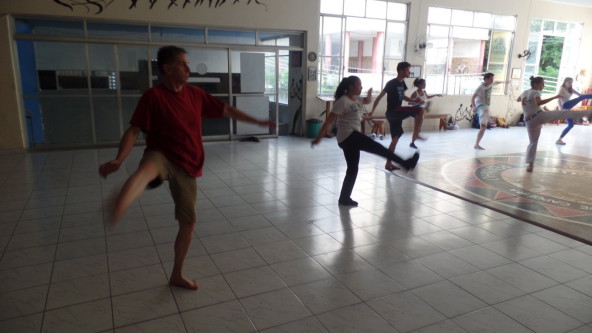 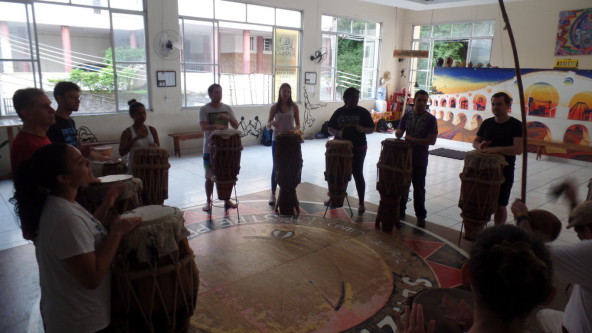 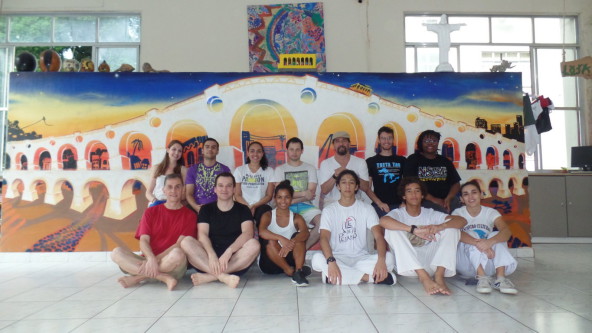