Fun and Portuguese at the beach 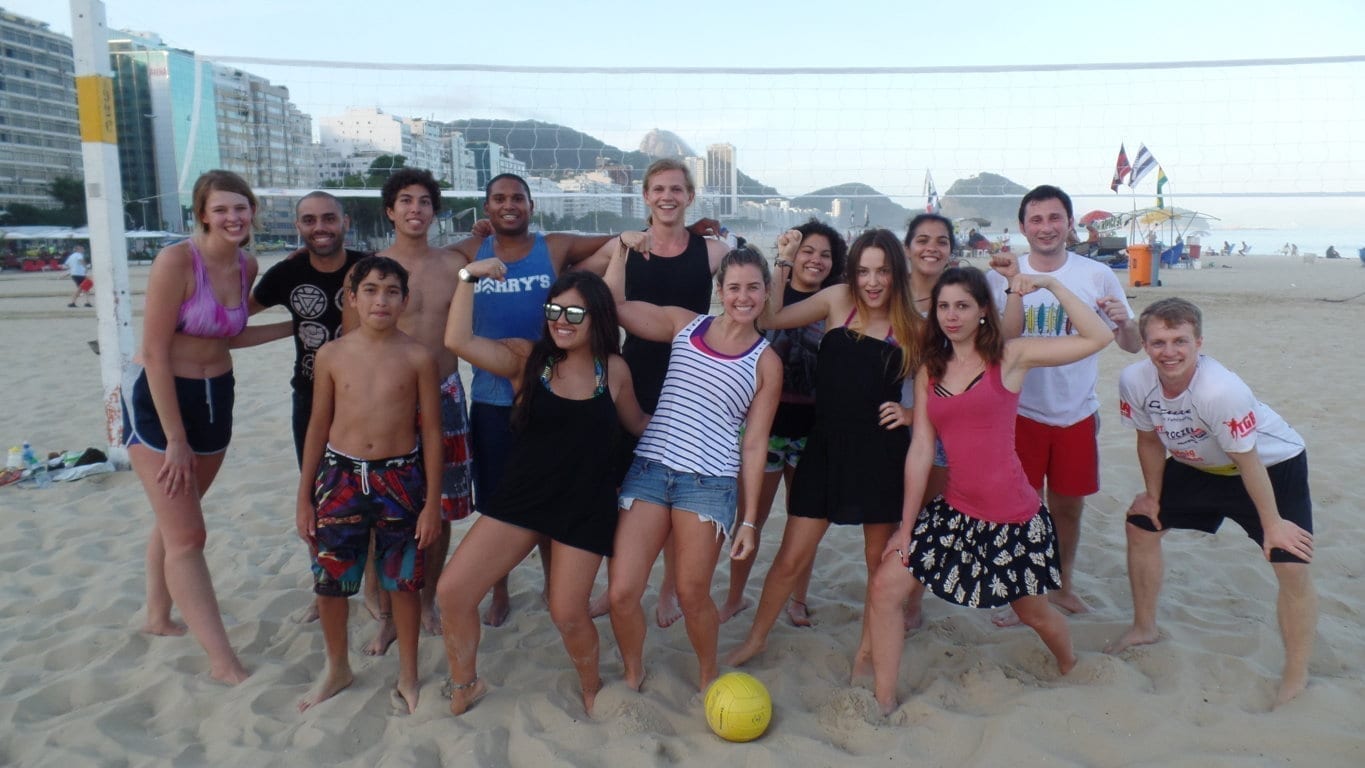 Fun and Portuguese at the beach

Today I had the chance to play volley ball on the famous Copacabana beach with the team from RioLIVE!, It was a great opportunity to learn more about Brazilian beach sports and practise my portuguese. I fully enjoyed the experience and was lucky enough to meet people from around the world. I look forward to returning in the future.

Last Tuesday we had a lot of fun and Portuguese at the beach. Our meeting point was at Rio & Learn. Our objective was to have fun and Portuguese at the beach in Copacabana. It was an amazing afternoon. We spoke a lot of Portuguese and all the students from all levels mingled really well. When we got to the beach, we ran into a group of Argentinians that played volley with us and could also learn a few Portuguese words.
While we played beach volley, we could also enjoy the beautiful view at Copacabana beach. We took turns in two teams of 6 people each, and while some played, others took the time to take pictures of the view and enjoyed the sunset. We played three games that were very disputed. Each team had a teacher as a captain. The team lead by the teacher Pablo and the students Guido, Michael, Andrea, Maria and Marco won by 2 x 1 sets. Finally, we stayed at the beach to practice more Portuguese and drink caipirinhas.
Come have fun and speak Portuguese at RioLIVE! 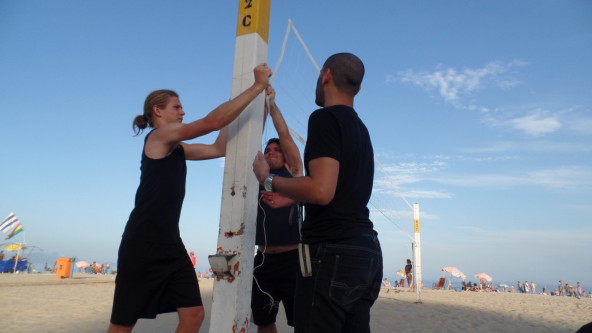 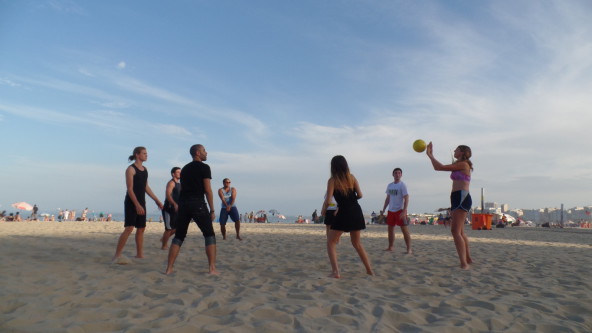 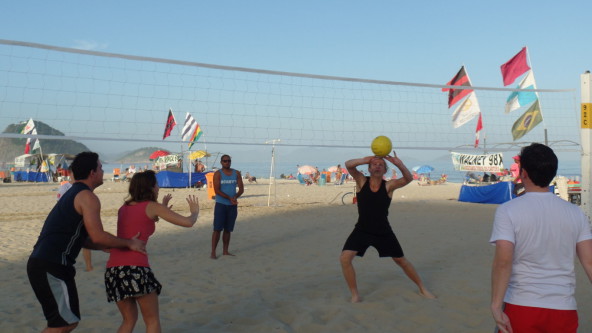 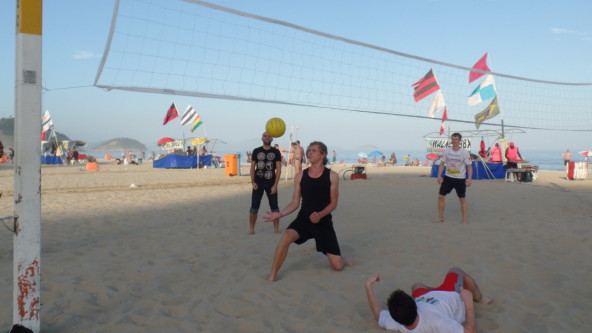 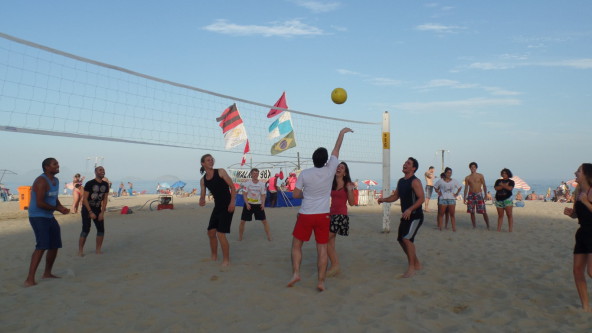 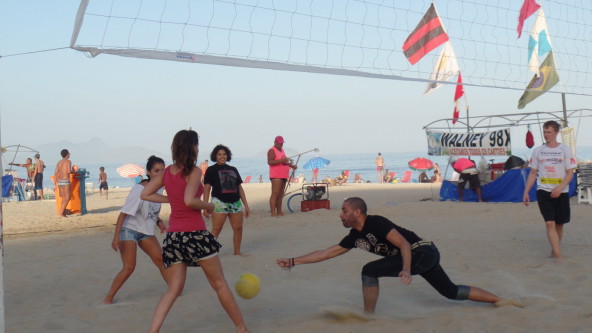 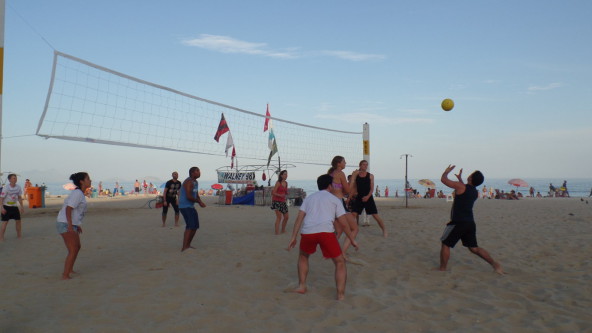 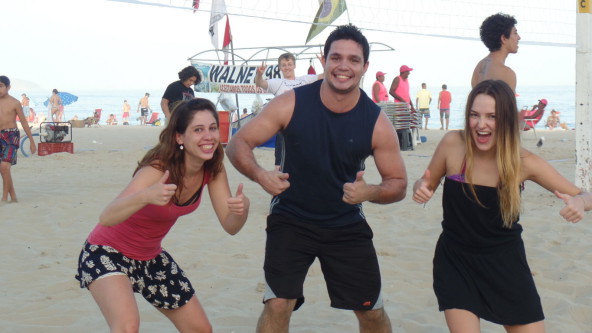 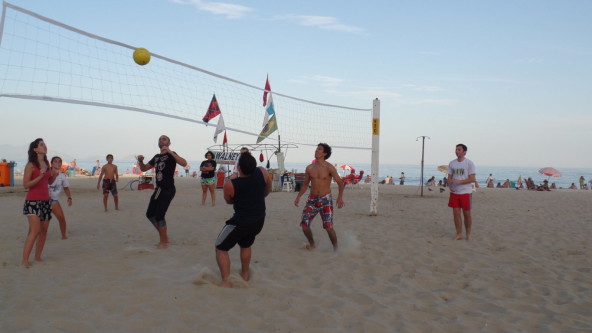 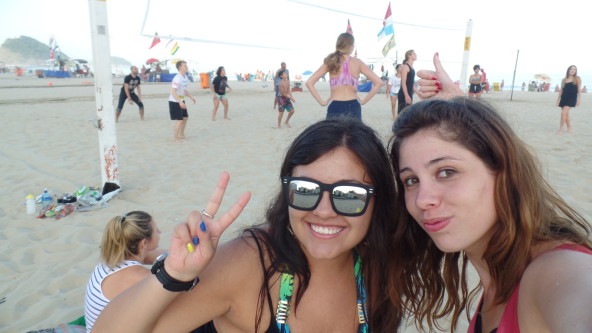 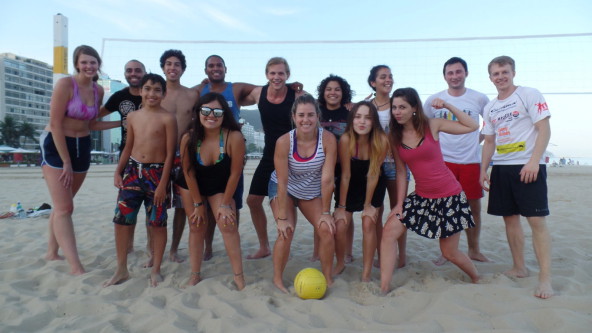 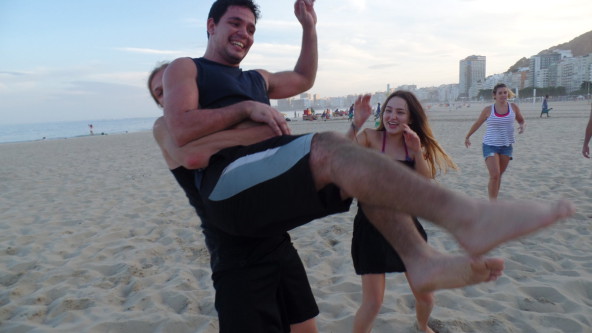 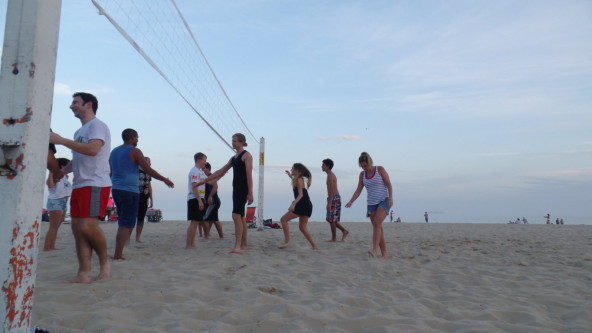 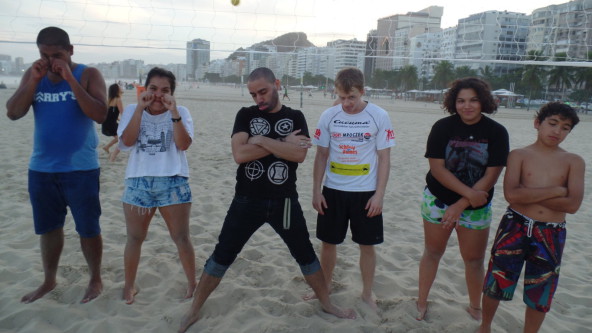