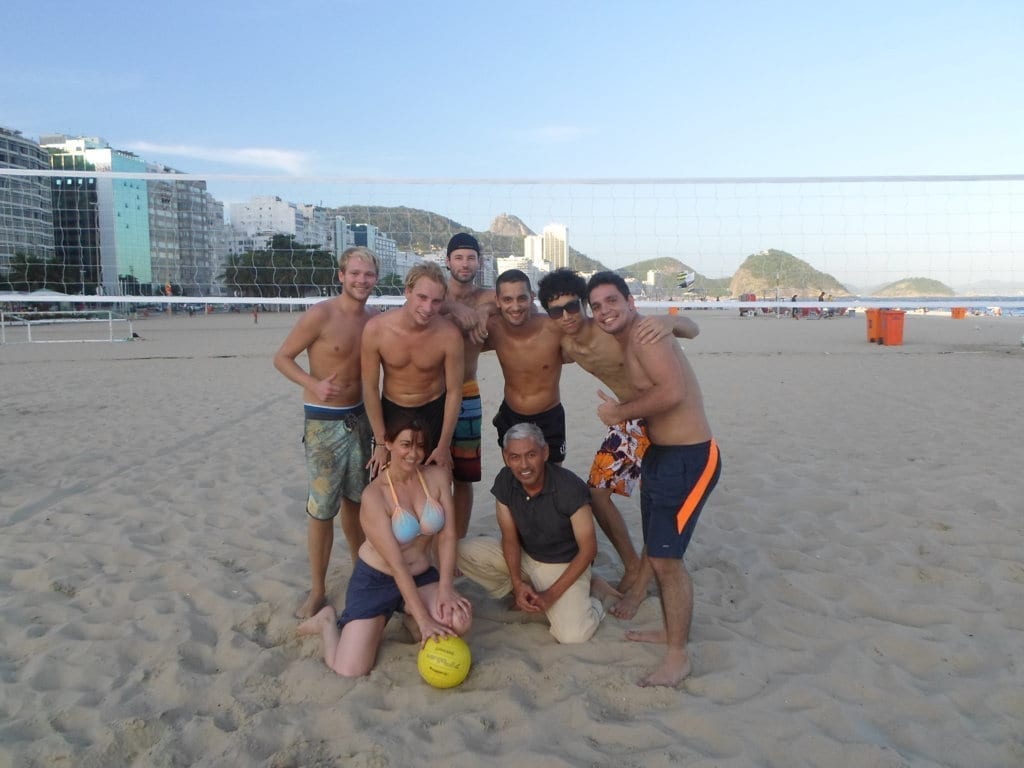 Having fun at the beach. 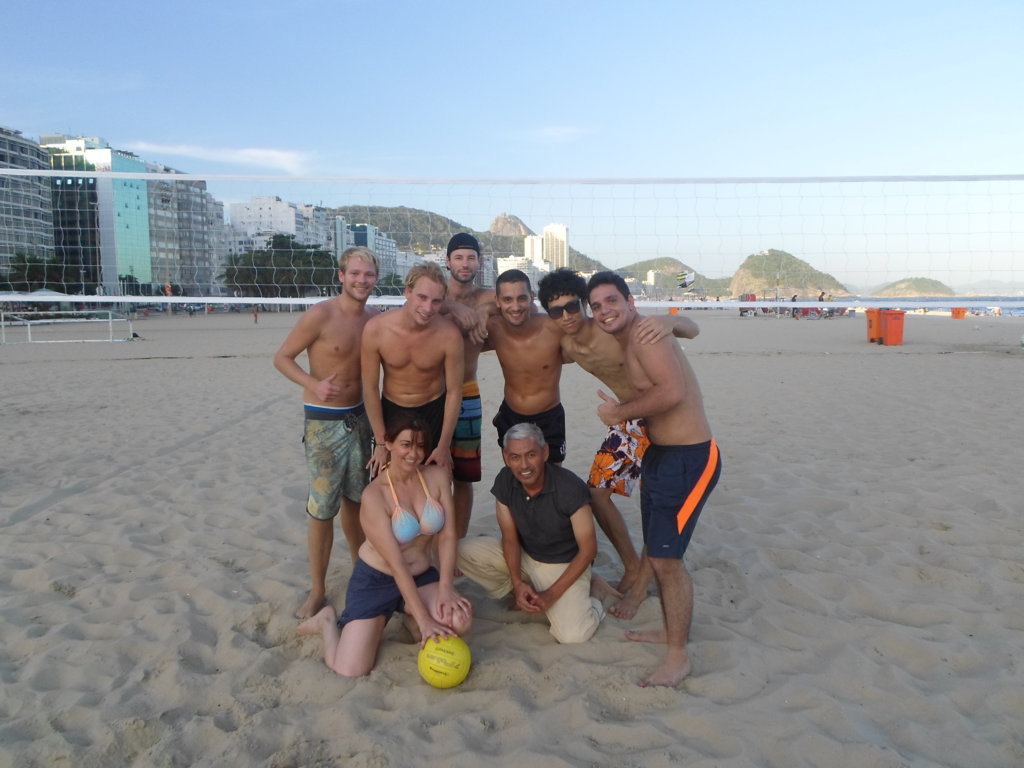 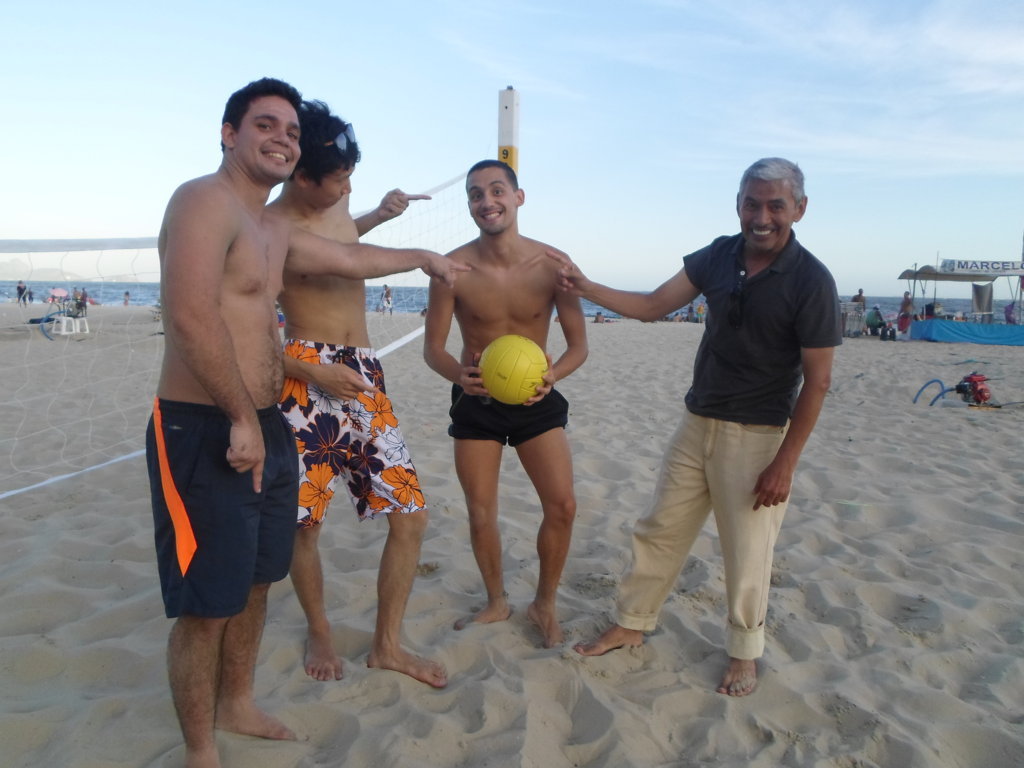 In one more beautiful afternoon in Rio de Janeiro we went to Copacabana beach to play one of the most popular sports in Rio de Janeiro, beach volley. We met each other at Rio & Learn Portuguese School and walked to the beach. We started our RioLIVE! with a lot of sunblock, because it was very hot.

After that, we did a warm up and we divided ourselves in two teams, according to the group that we had. A beginner and an intermediate group, reinforced with one of the teachers of the school. But winning wasn’t important, the most important part was that everybody had fun and practiced Portuguese, it was a nice moment to learn about the sport’s vocabulary. Come and take part in our RioLIVE! Activities. 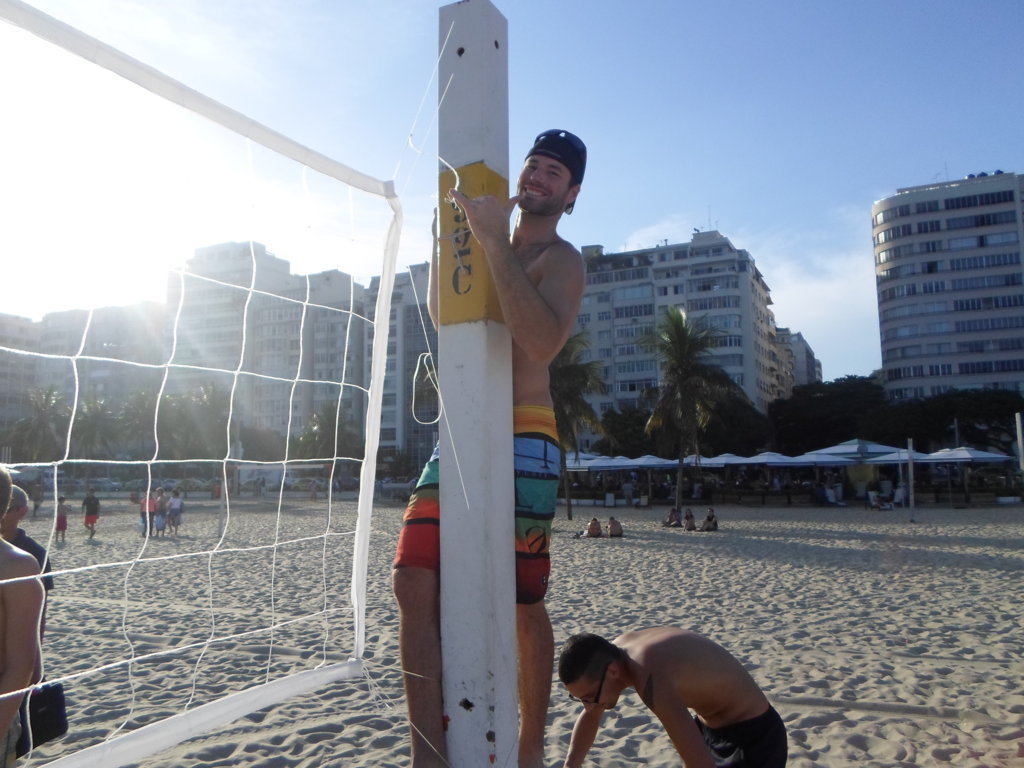 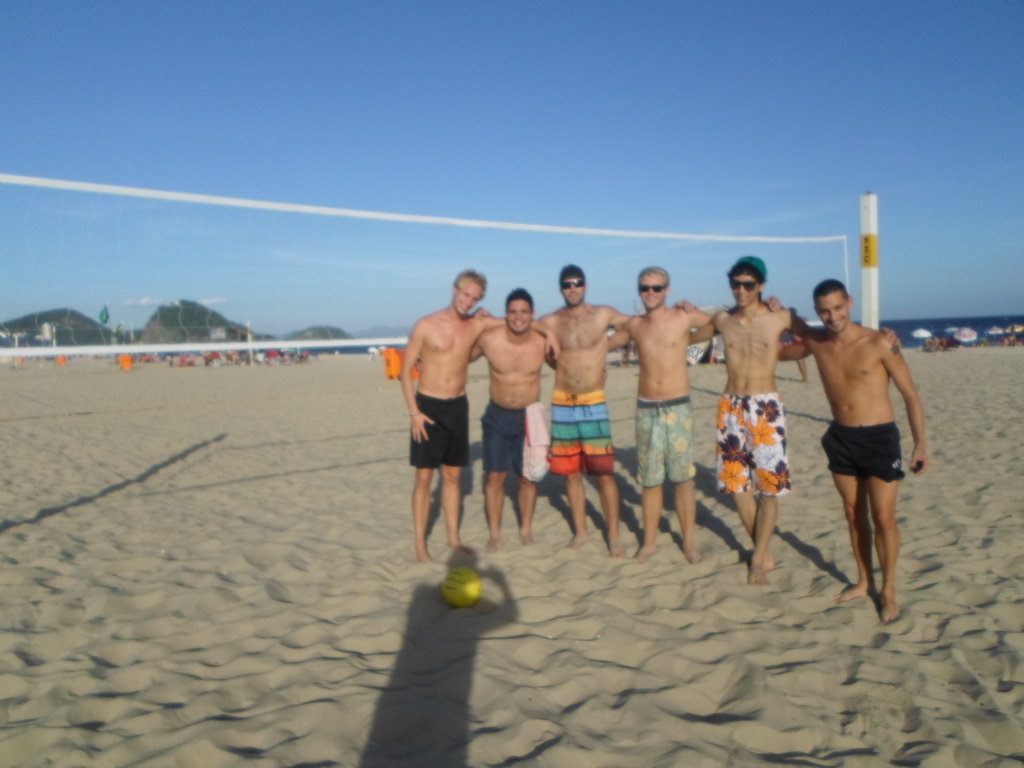 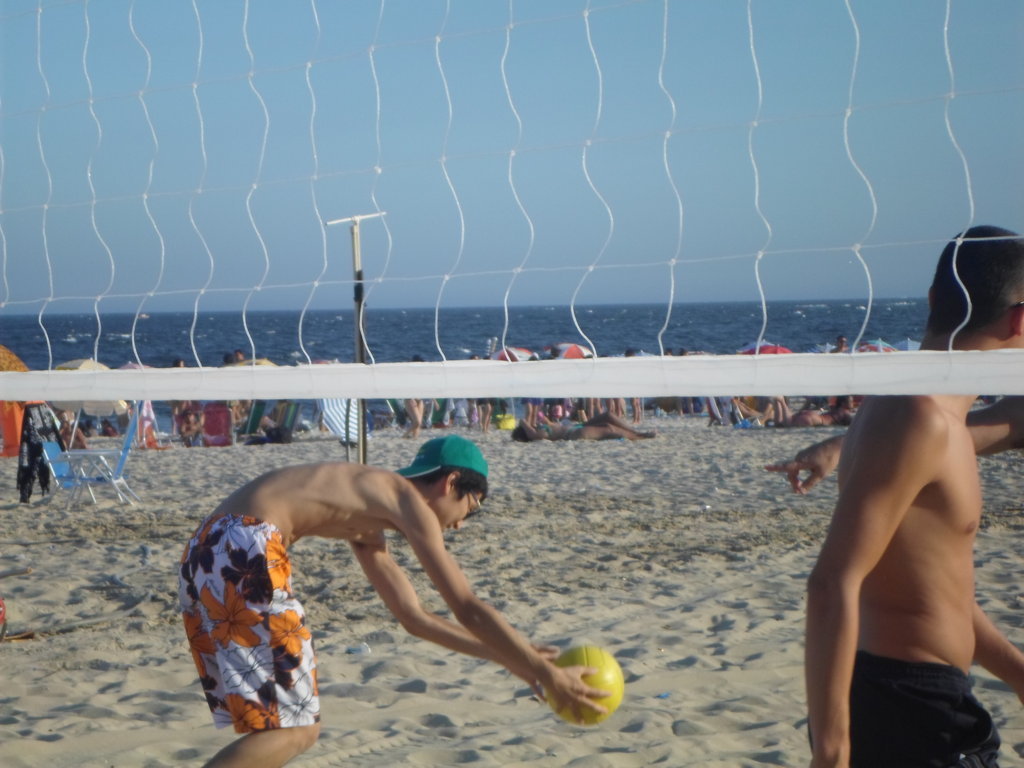 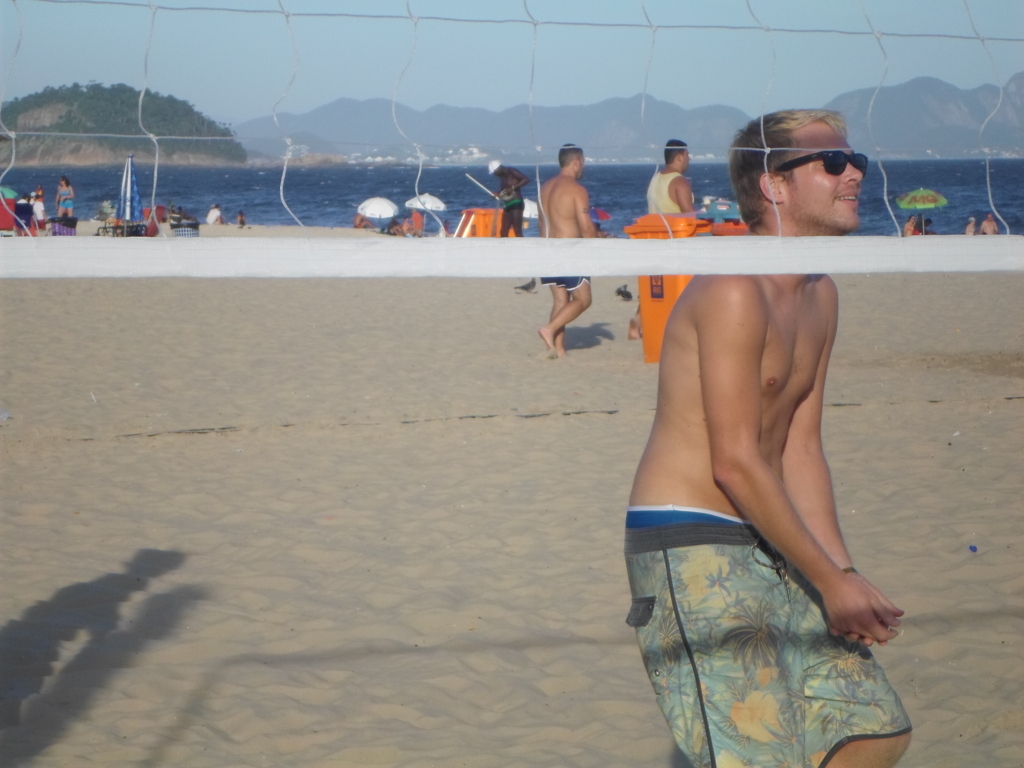 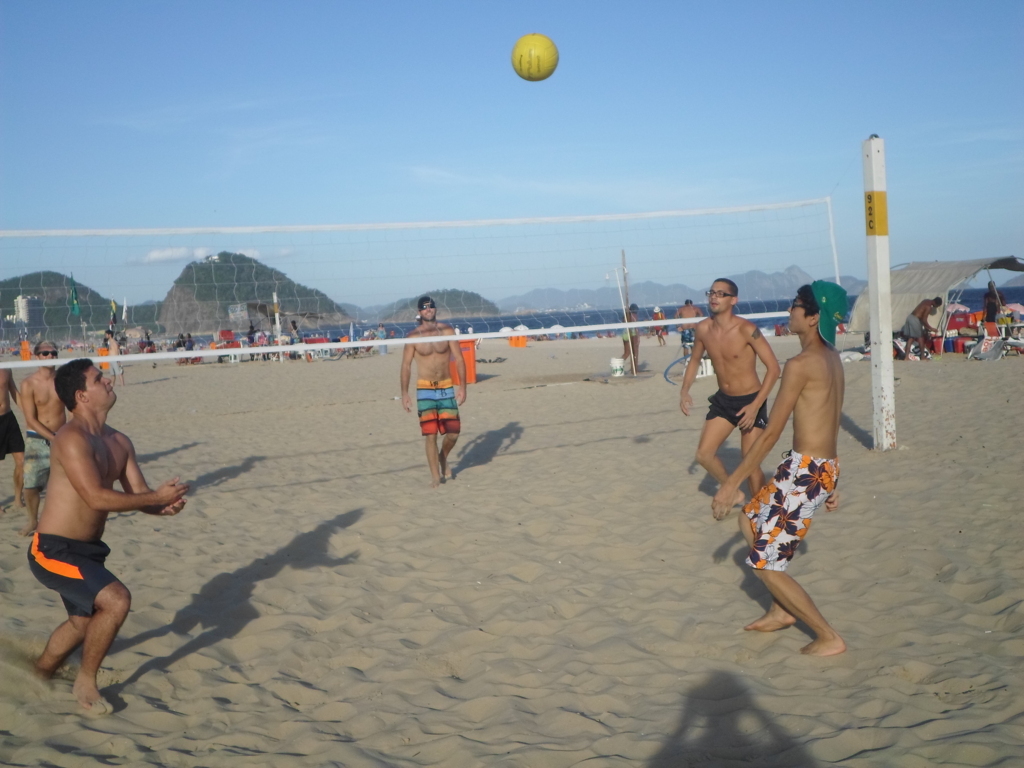 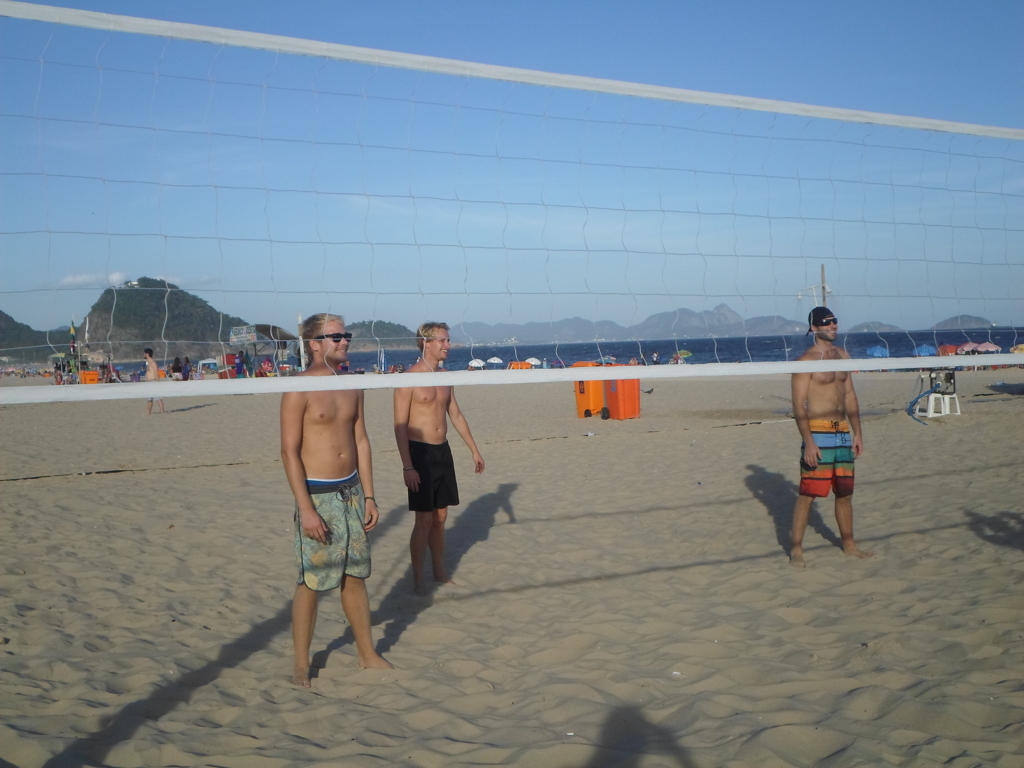 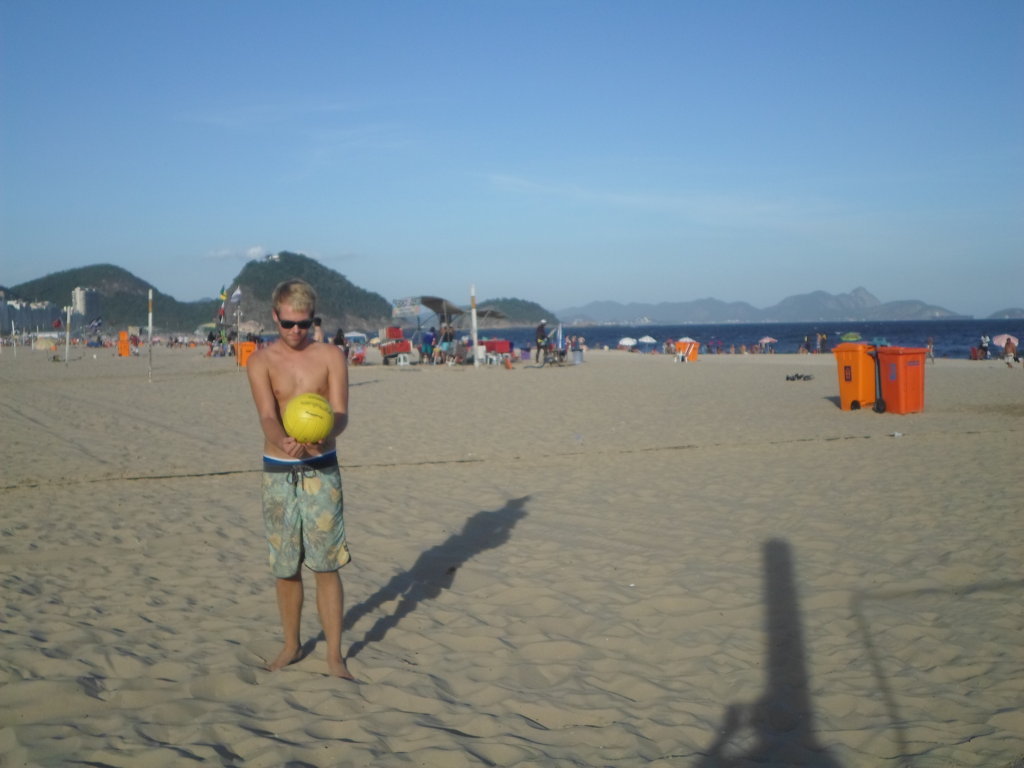 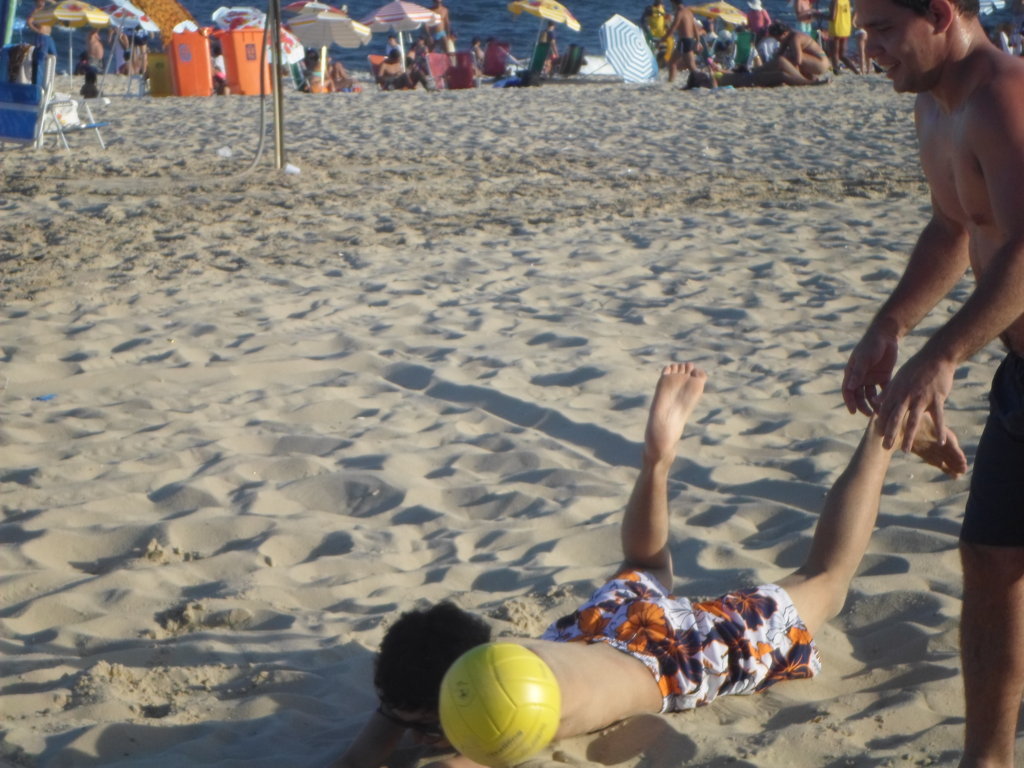 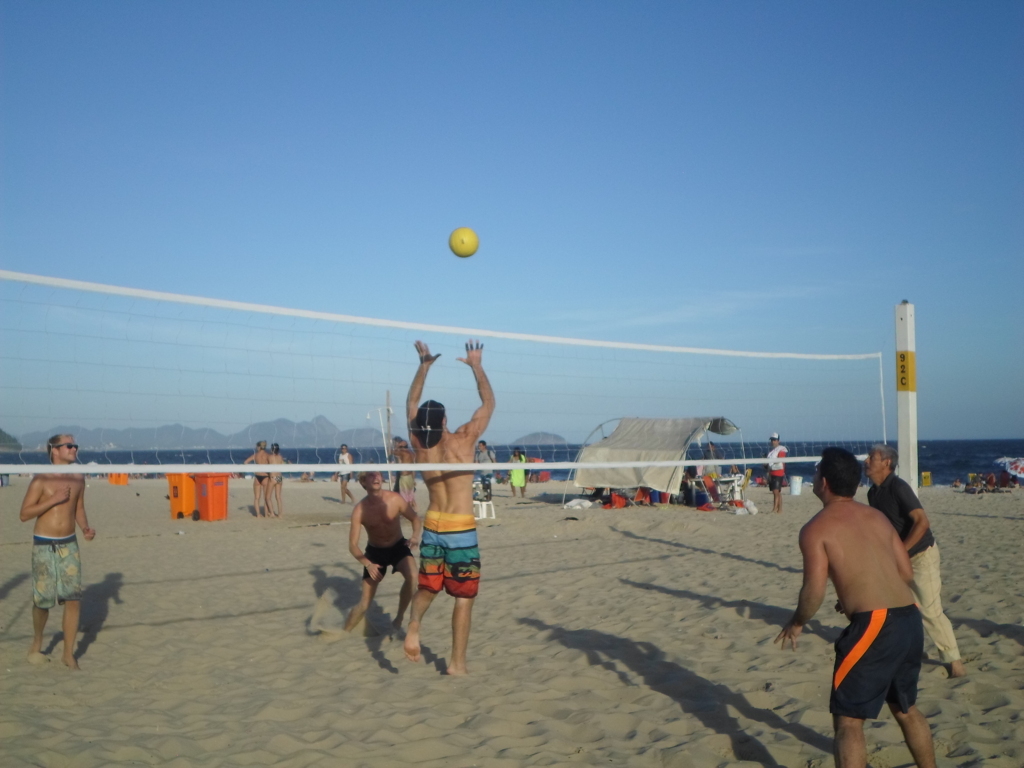 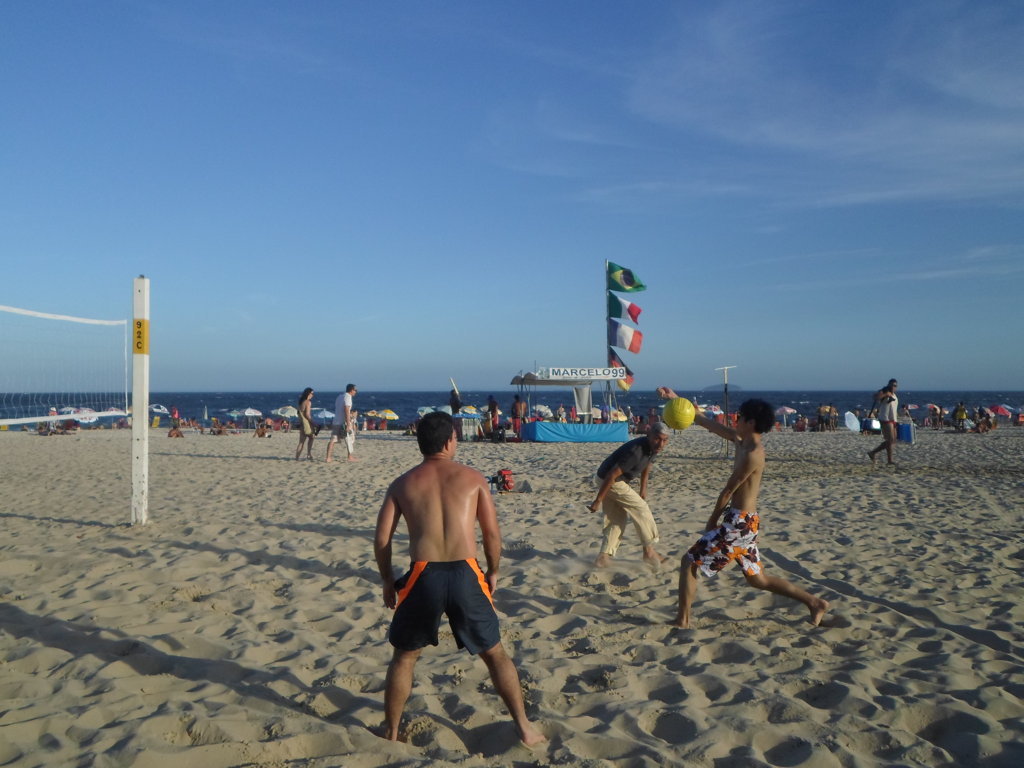 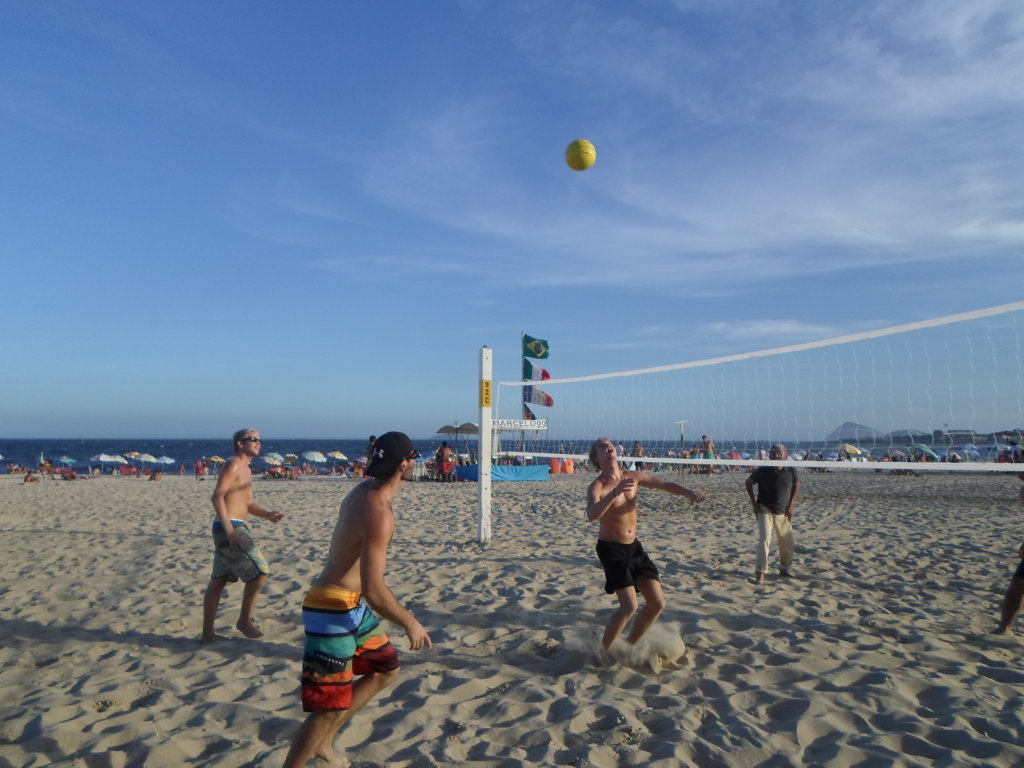 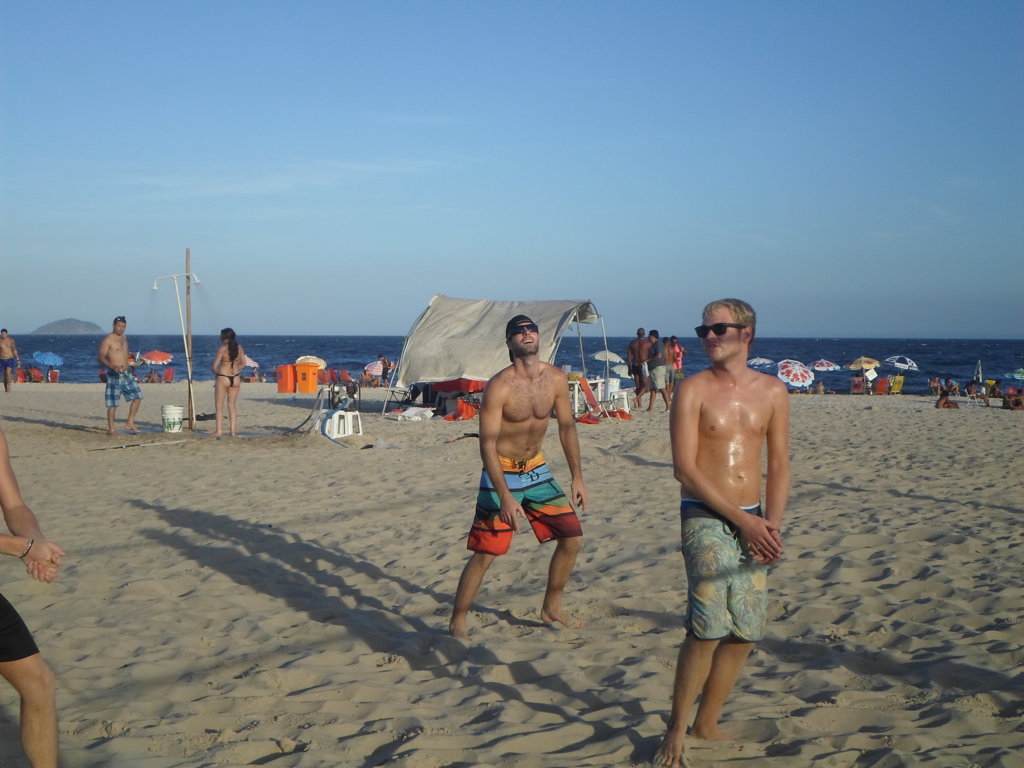 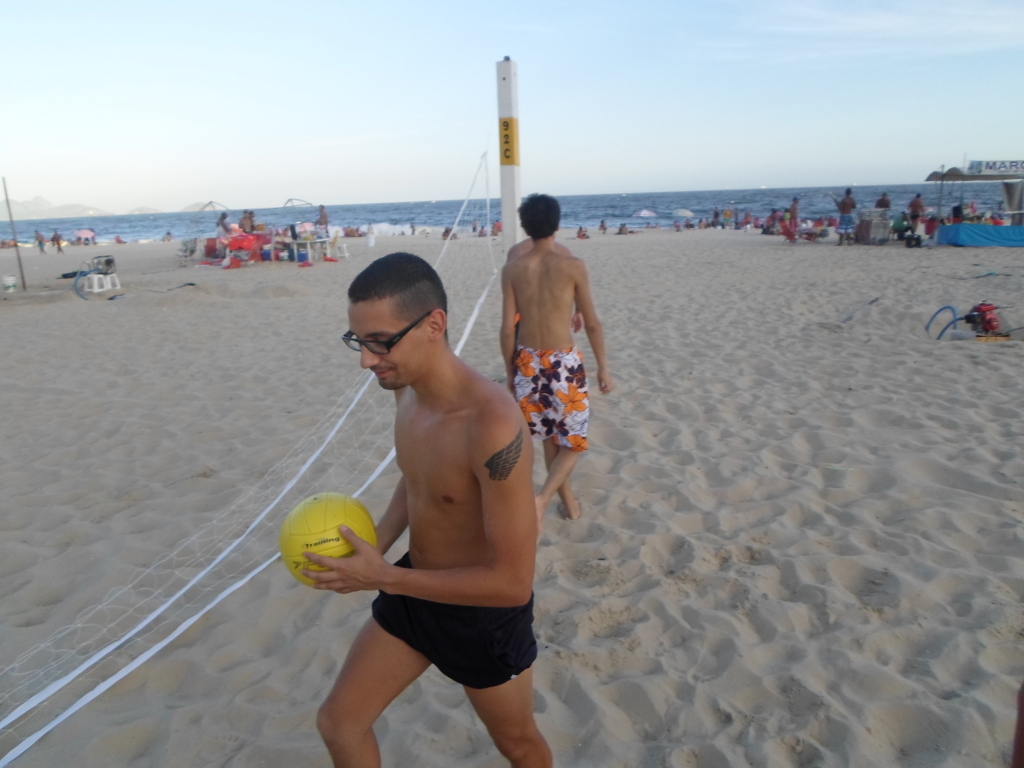