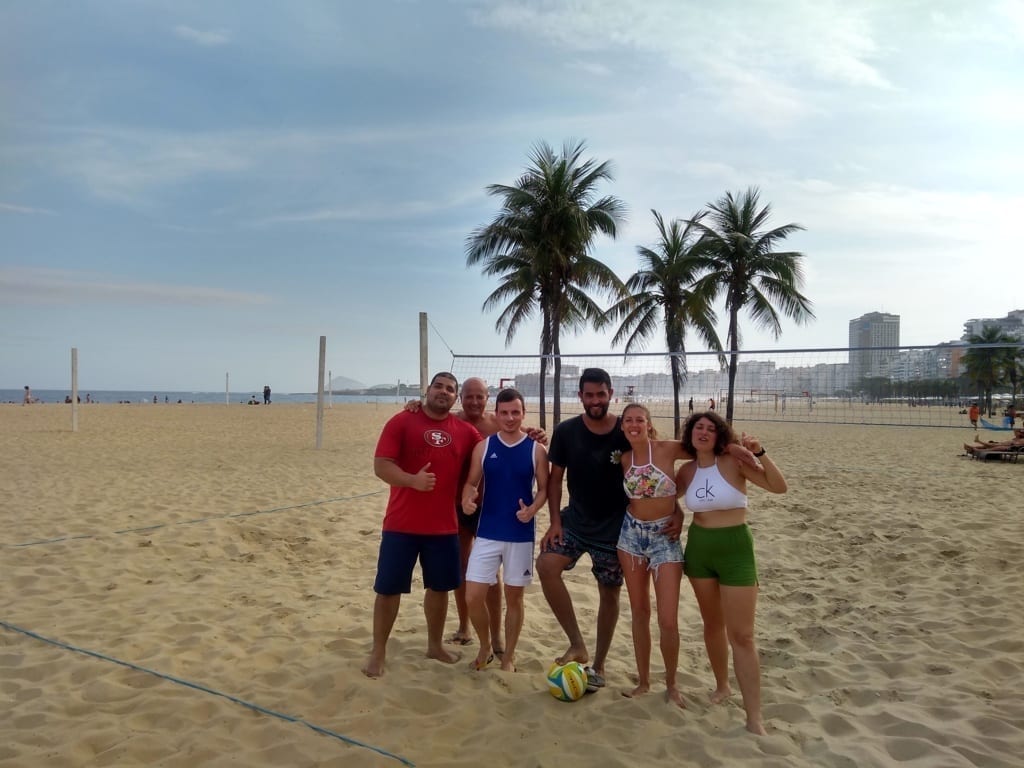 There are many different ways to enjoy the beach, with fun, Portuguese and beach volley is just one of them. Our Portuguese students did it in this RioLIVE!, they spent the afternoon playing beach volley at Copacabana beach.

From Germany, Argentina and Algeria, they were really excited and looking foward to playing it. The weather wasn’t so good earlier, but thanks to their positive vibrations the sun came out and helped us. First we learned some expressions and techniques used in this sport, step by step they could get used to everything. During some tight and good matches, they could interact among themselves practice the Portuguese that they have learned inside their classes.

An awesome afternoon with fun, Portuguese and beach volley. What about you? Come to Rio & Learn, to study Portuguese and also take part in our RioLIVE! Activities.