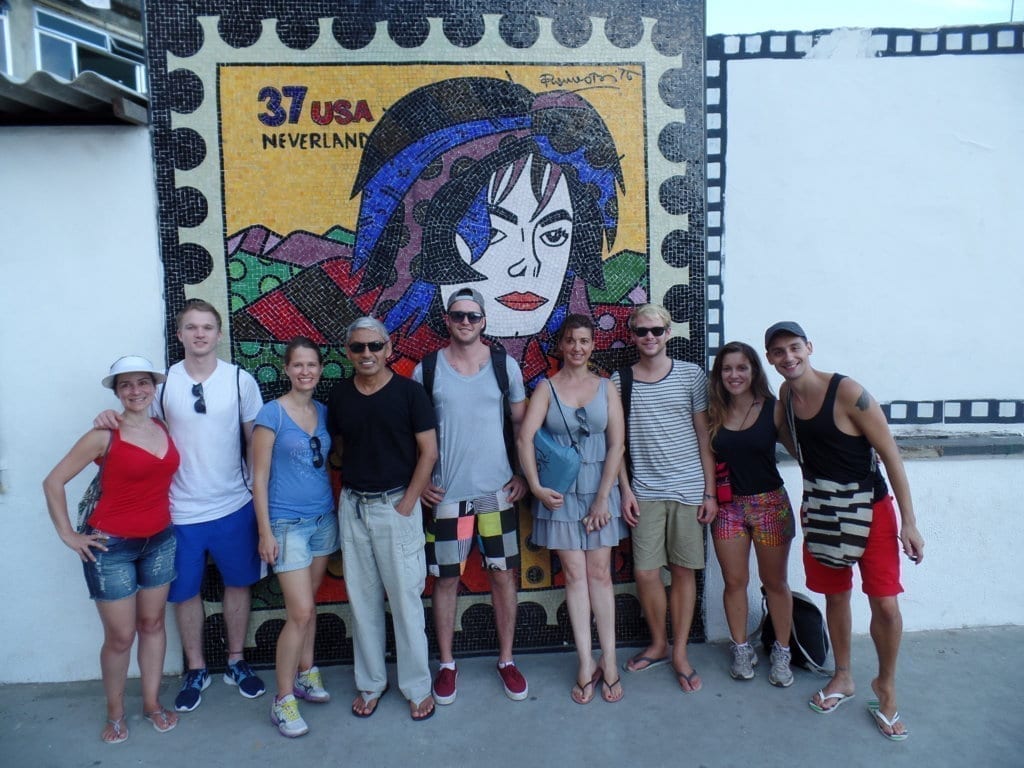 Yesterday, our Portuguese students enjoyed our RioLIVE! at Favela Santa Marta, in Botafogo. The day was very beautiful and the weather really nice. It was possible to enjoy nice landscapes and different places to see parts of Rio and chat a lot in Portuguese. The group was very excited and we walked around the favela, our students also took some pictures with the statue of the King of Pop, Michael Jackson, who recorded a videoclip in 1996 for the song ‘They don’t care about us‘, that talked about the problems inside the favela. 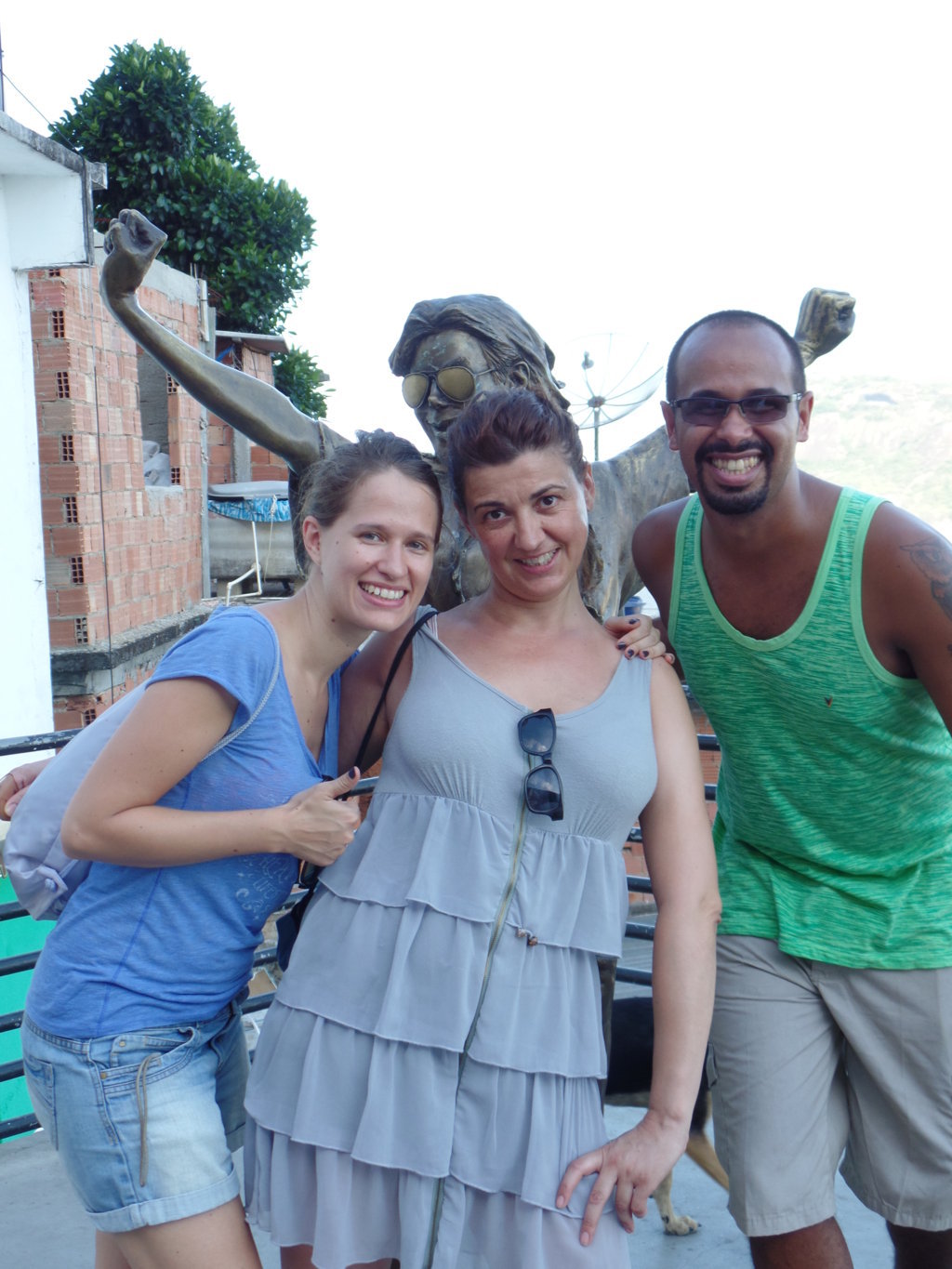 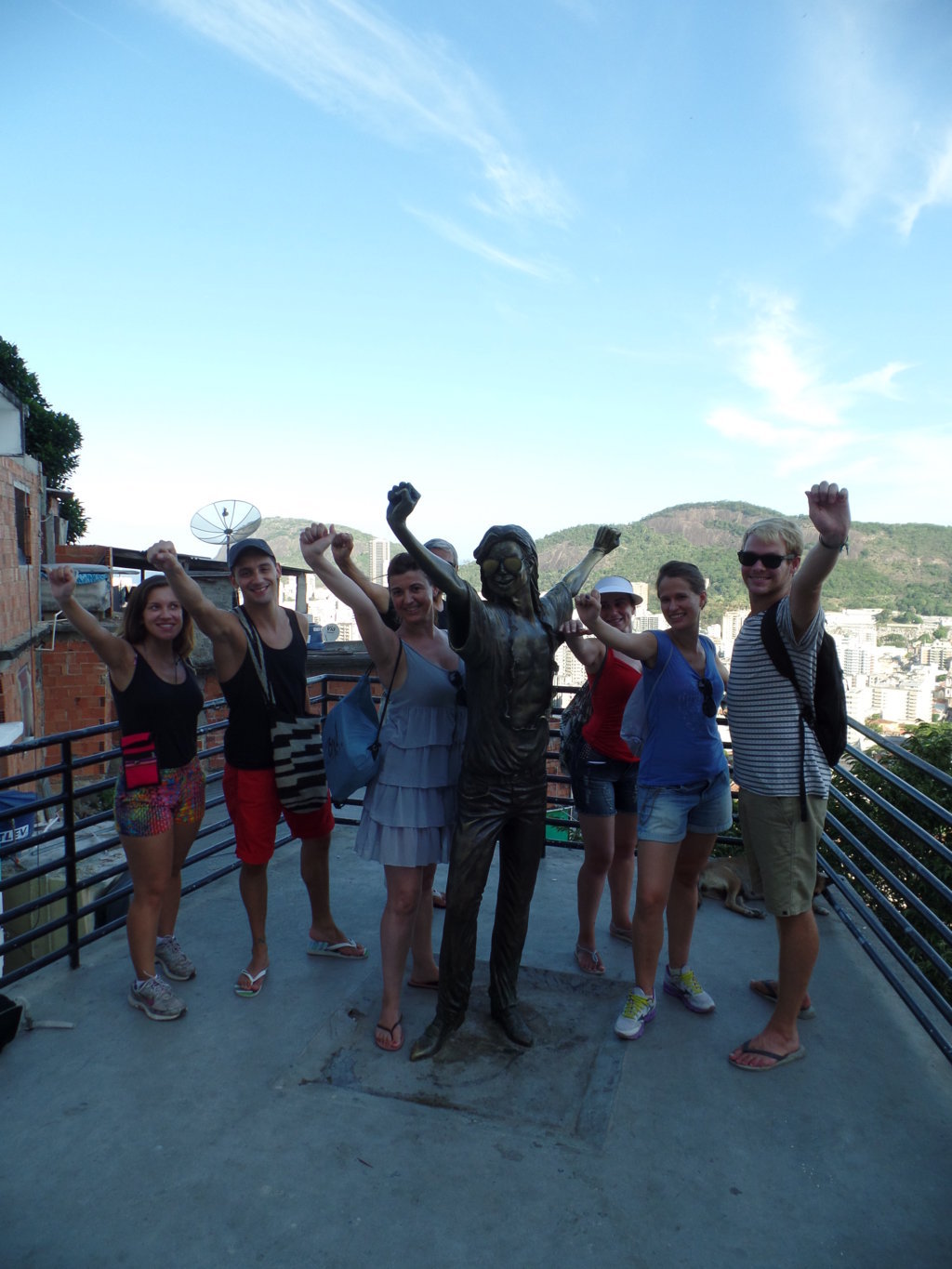 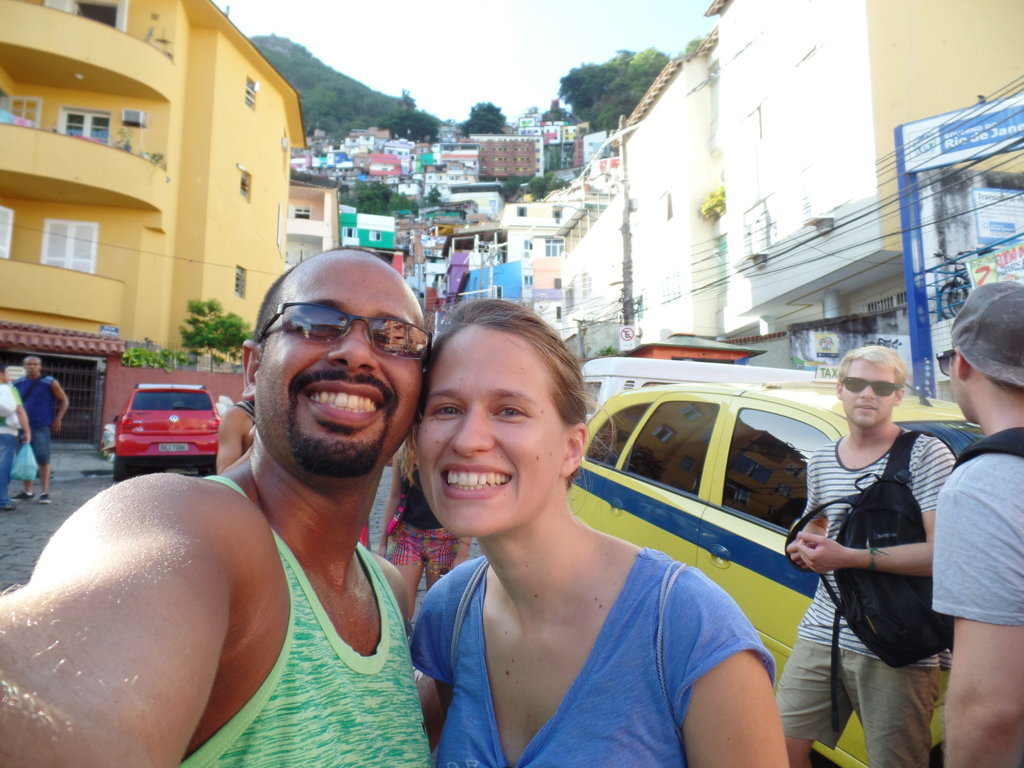 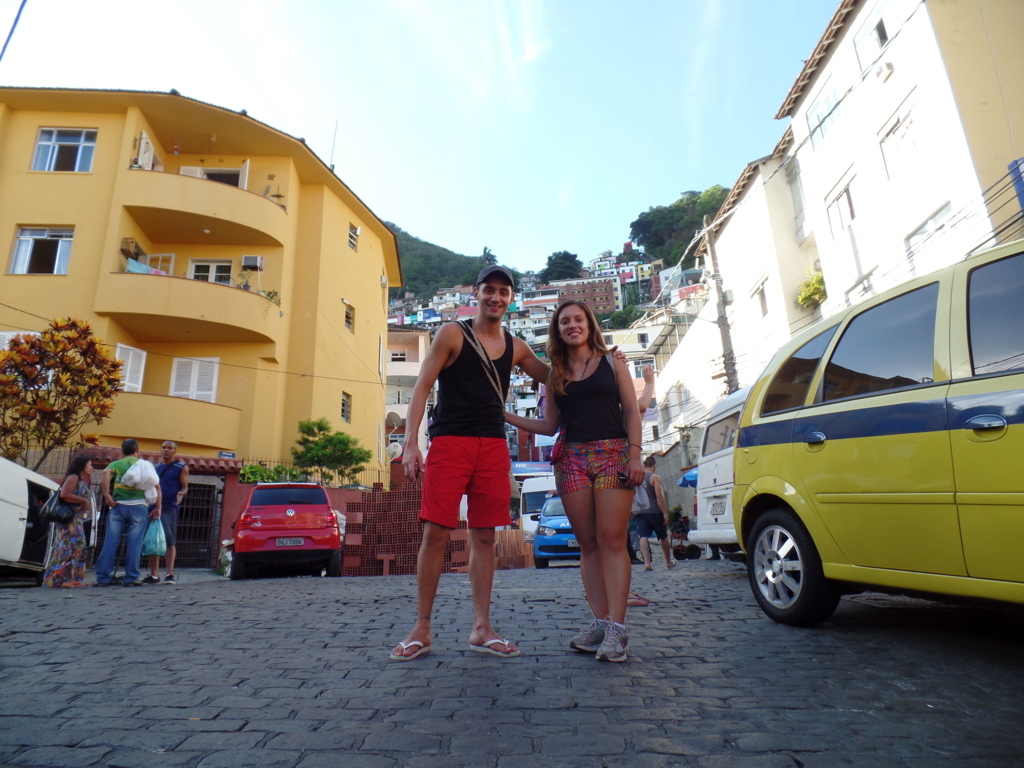 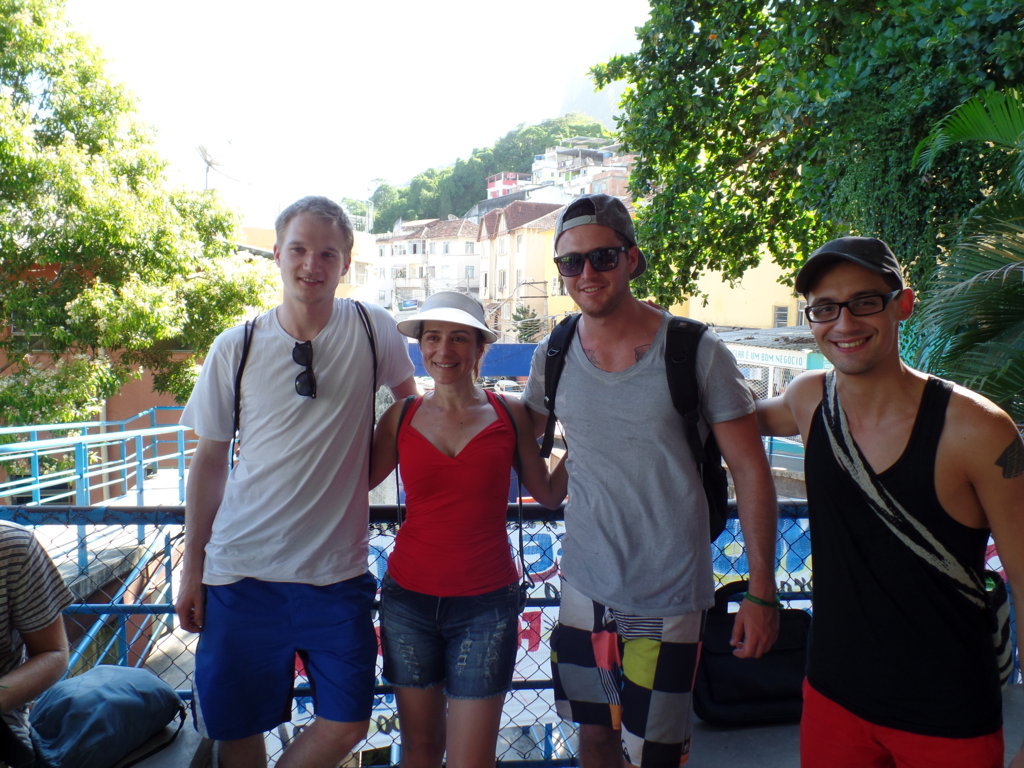 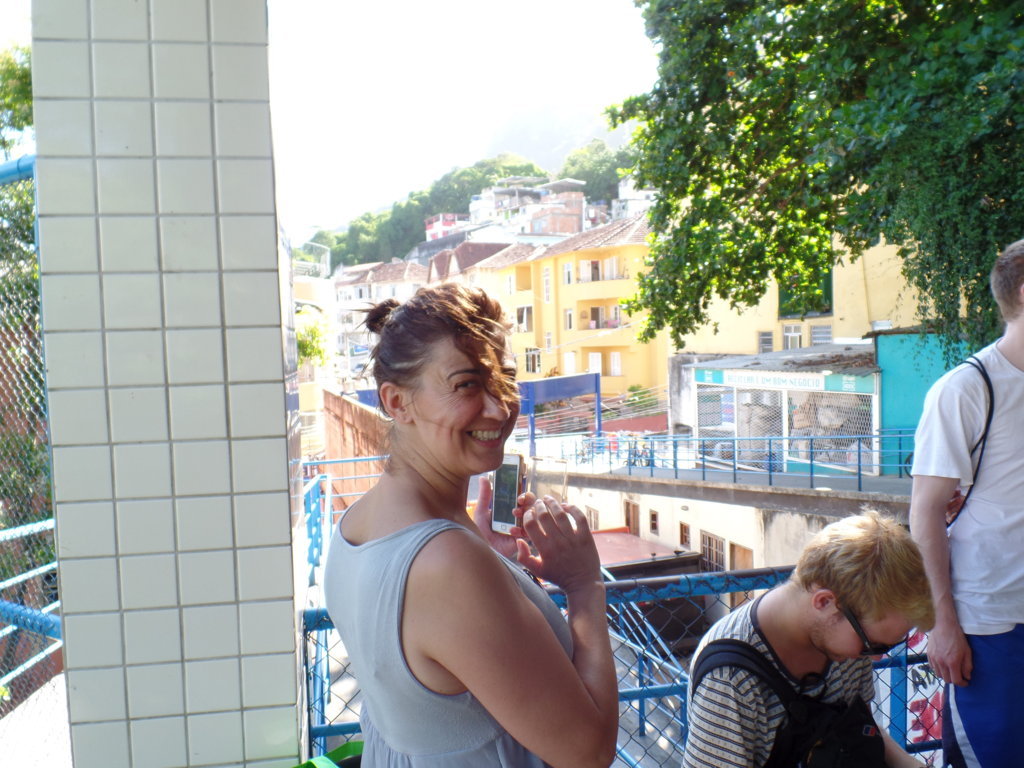 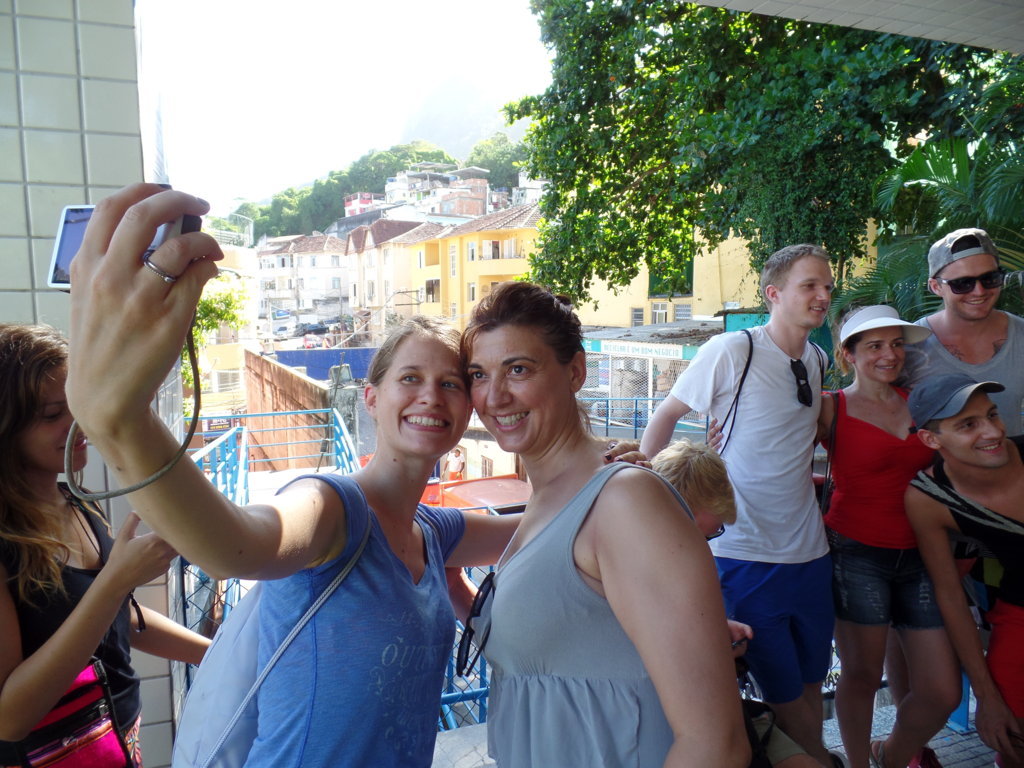 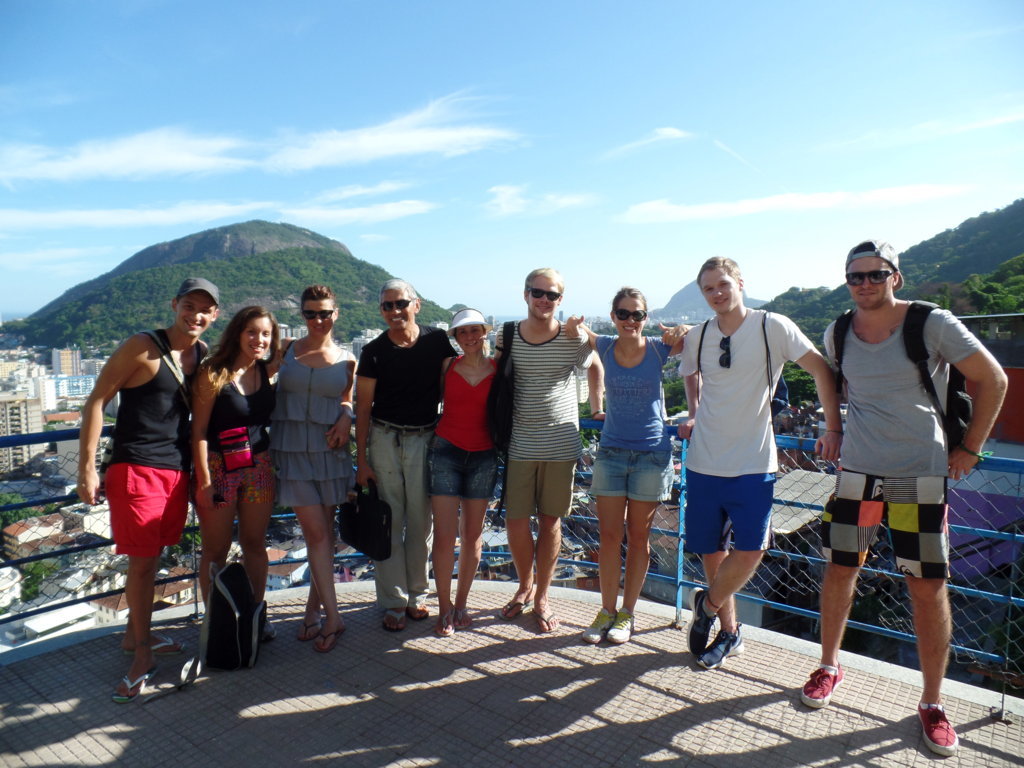 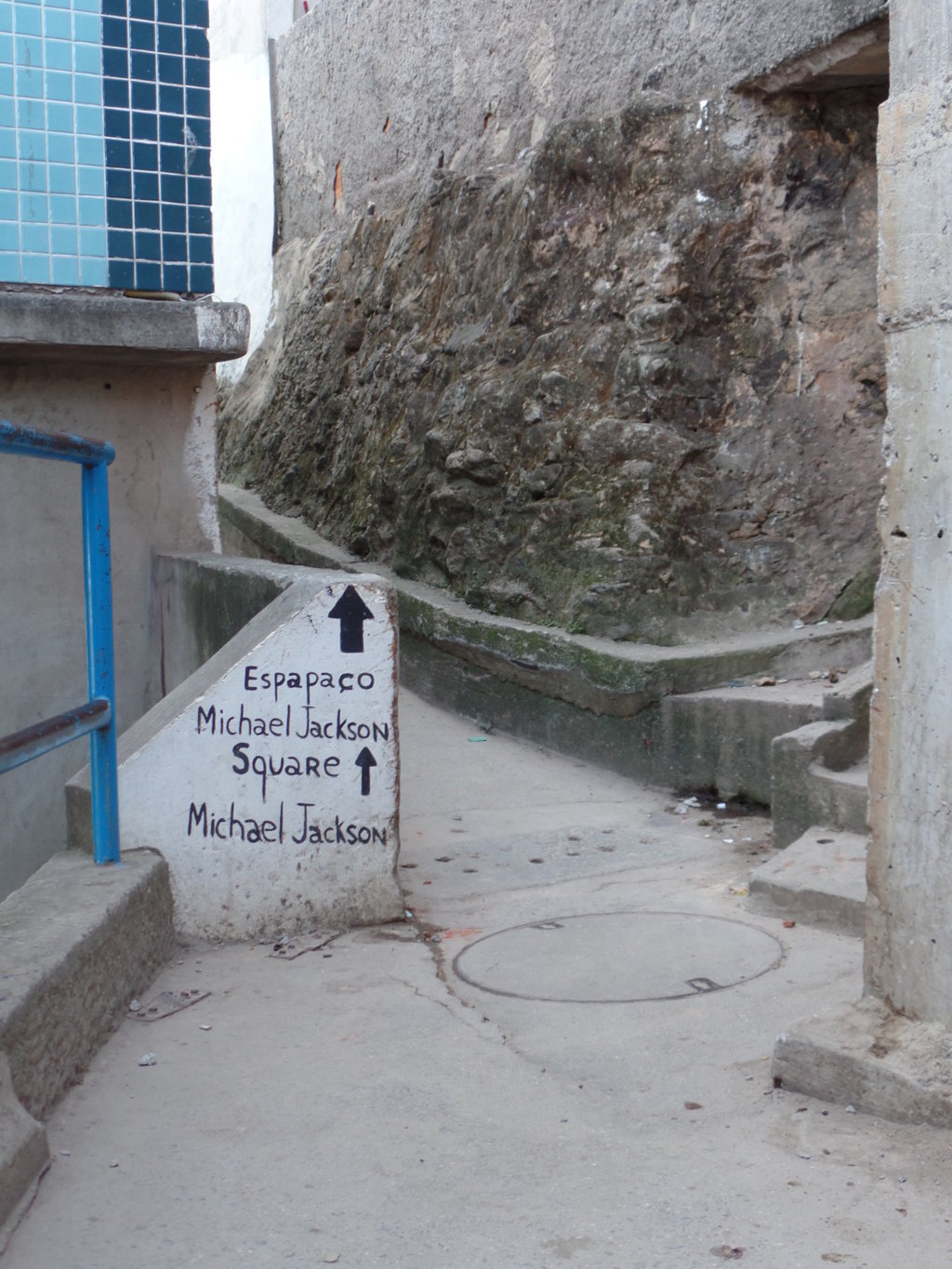 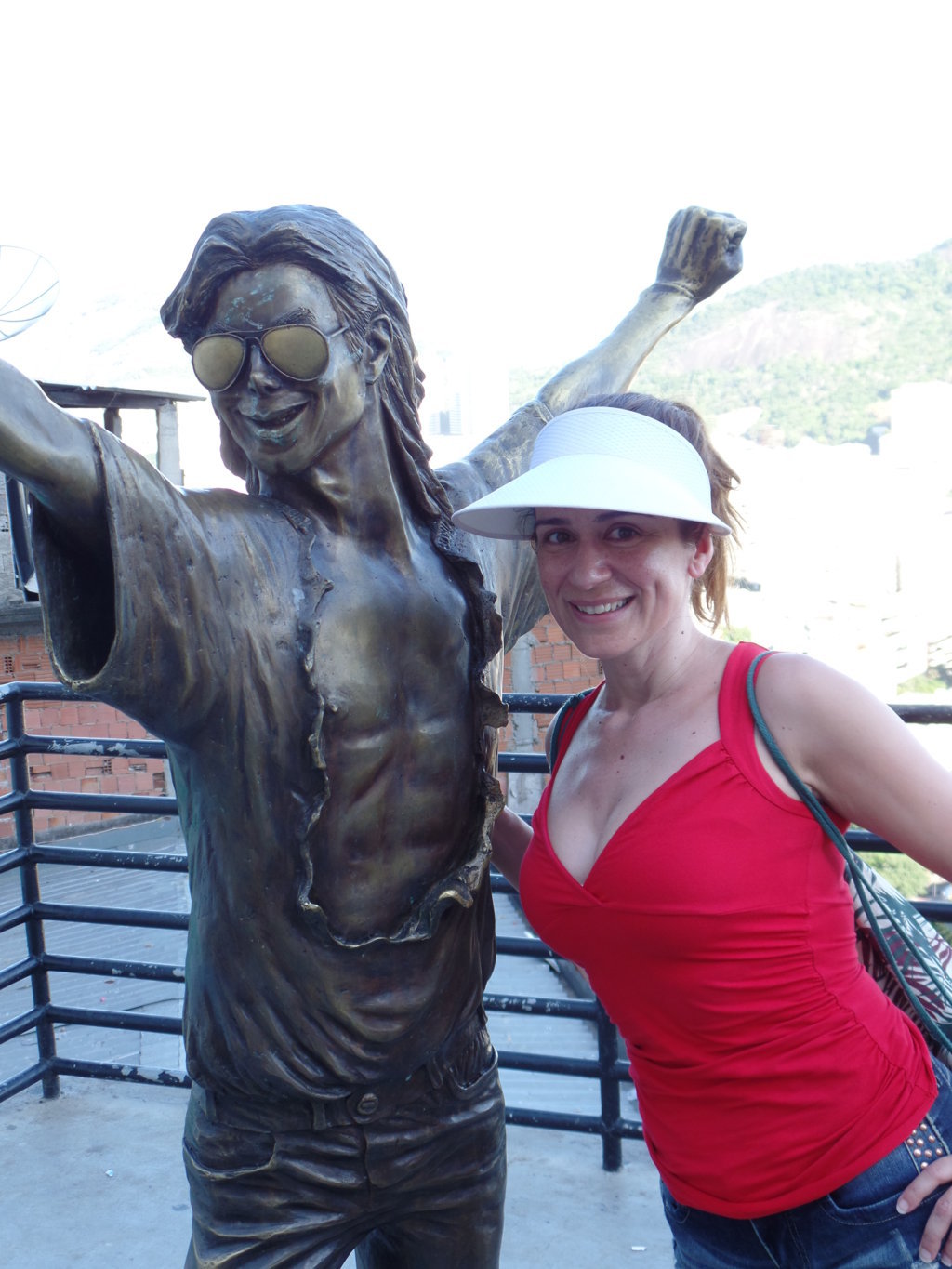 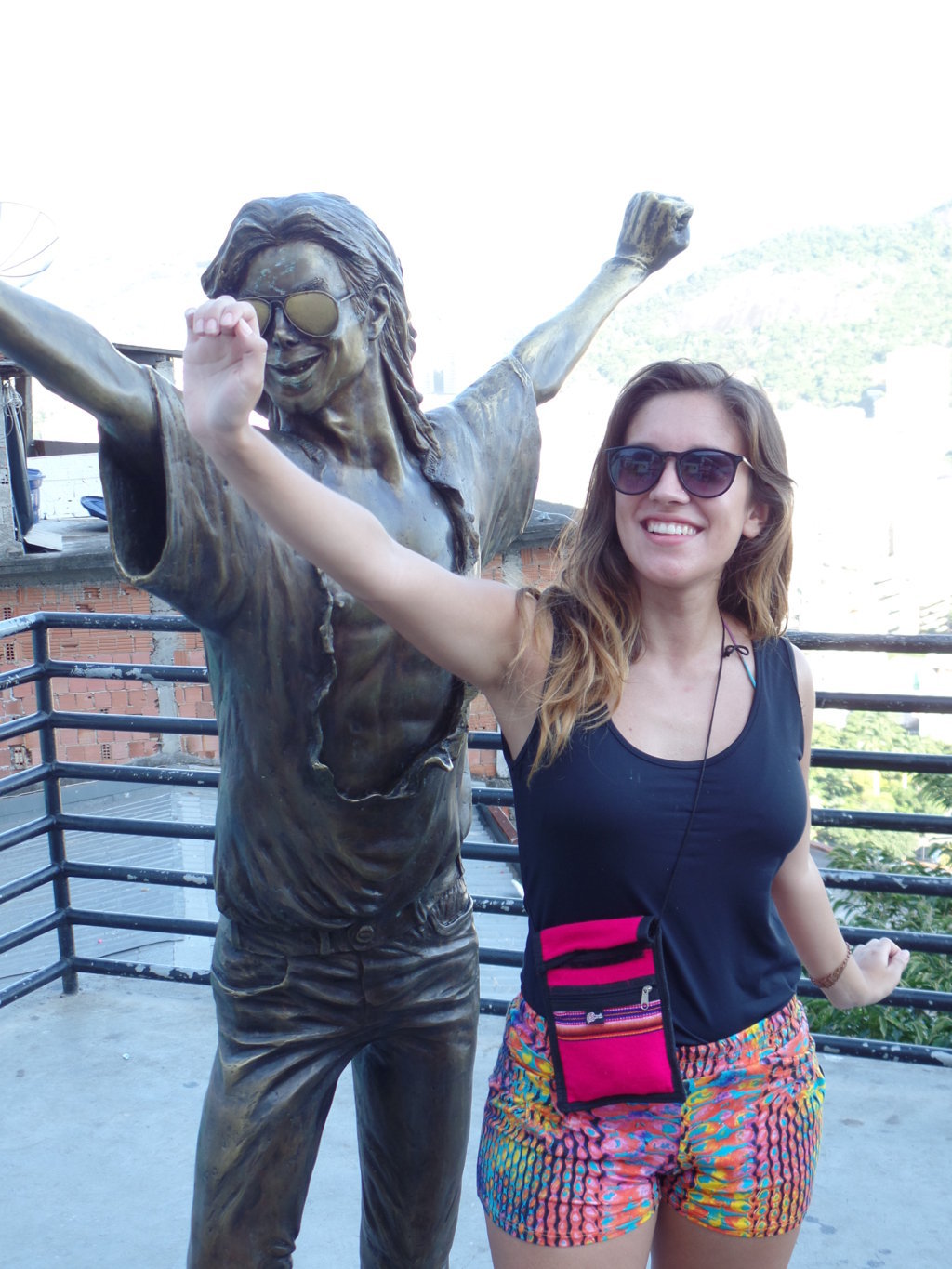 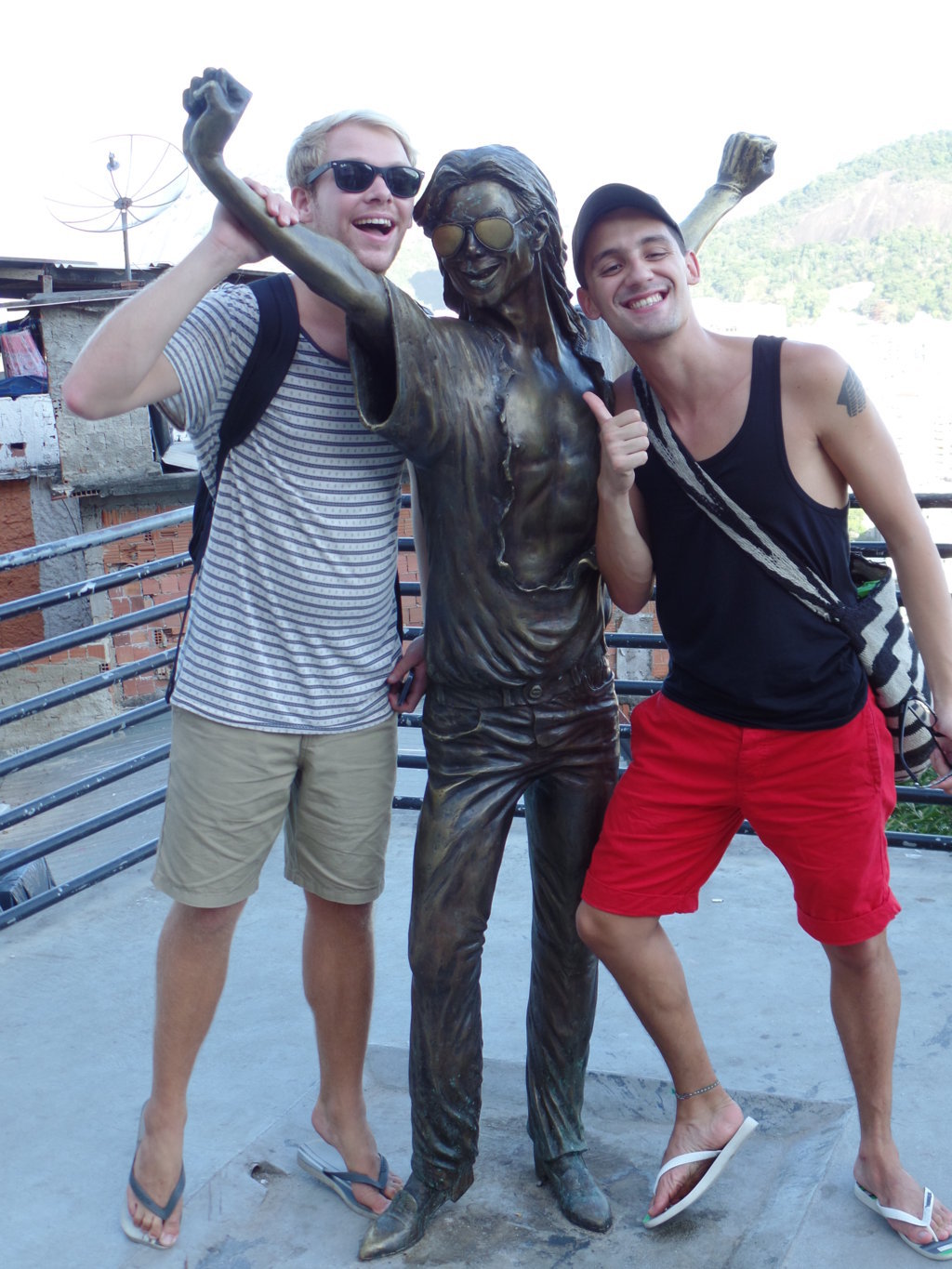 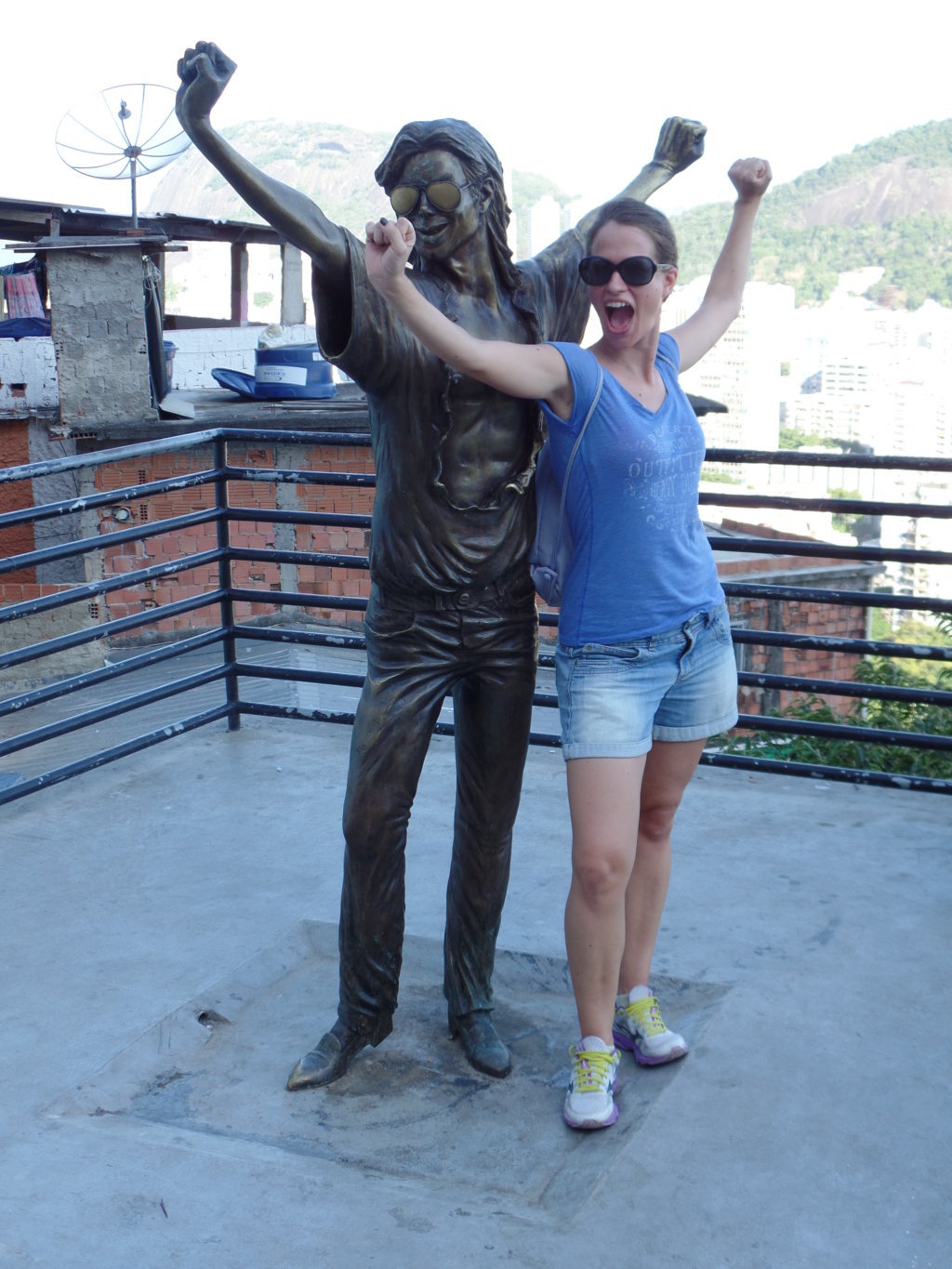 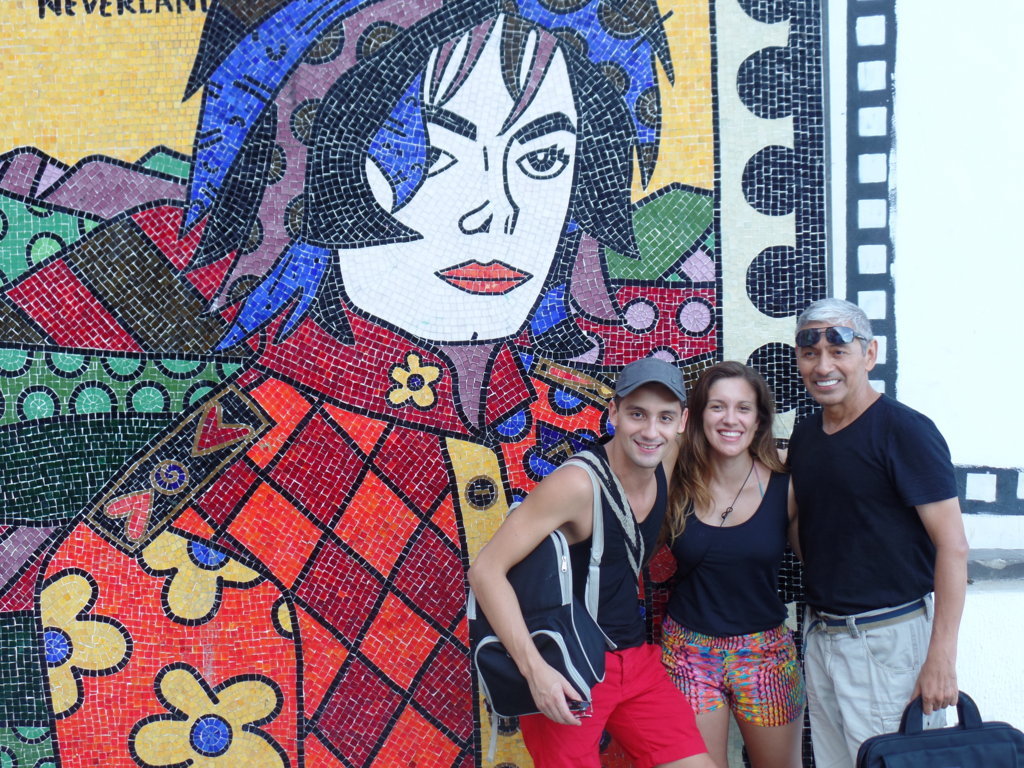