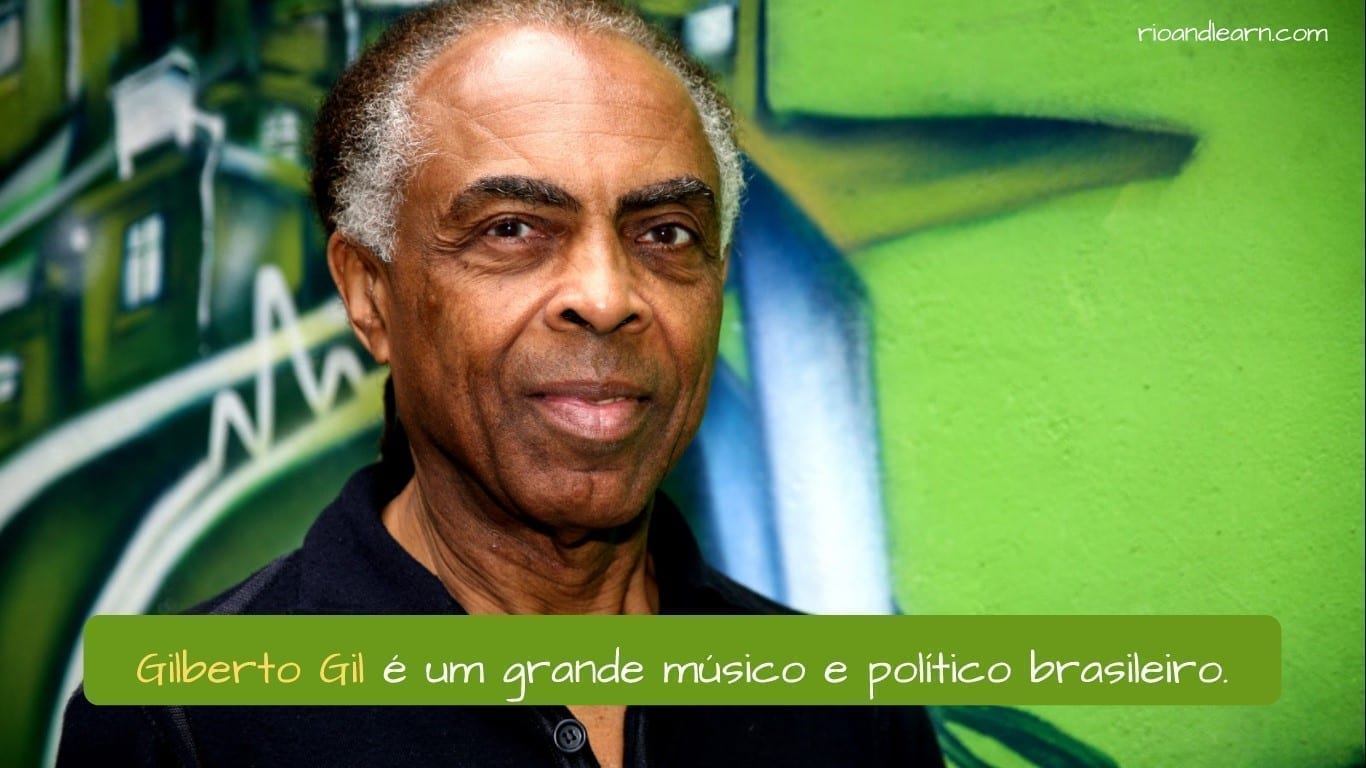 Gilberto Passos Gil Moreira was a singer, composer, multi-instrumentalist, and a politician, born in Salvador, on June 26th, 1942.

When he was 18 years-old, Gilberto Gil and a group of friends created the musical group Os Desafinados. Gil sometimes played the accordion and sometimes the vibraphone. After listening to João Gilberto, the singer decided to leave the group and started his own path into the Bossa Nova genre, a rhythm that was making a name for itself at that time. Gilberto Gil abandoned the accordion and started playing the guitar. He started writing poetry inspired by others such as Gonçalves Dias and Olavo Bilac. His first hit, Bem Devagar, was sung by the female group As três Baianas. In the same period, Gilberto Gil met Caetano Veloso, who had seen him on TV and became a big fan; soon after that, he met Maria Bethânia and Gal Costa. In this moment in time, the Tropicália movement was making a scene for the first time in the Brazilian culture. The movement had among its goals, the abandonment of instruments such as the electric guitar, which referred to American and English cultures.

The popular musical style clashed with the Brazilian military situation of the time March 31st, 1964, at the military coup, all democratic freedom acquired previously was suspended. On December 13th, 1968, during the Costa e Silva government, the Ato Institucional – 5 (AI-5) was proclaimed. This gave the Executive branch absolute power over basically all institutions. Consequently, and purposely, popular music (music displayed in public places) should be a mean of political dissension.

Consolidation of the Movement and the Exile

From 1968 forward, Caetano, Gil and Os Mutantes consolidated the movement, especially on TV shows such as Chacrinha’s, which became a big icon of the movement.

Gilberto Gil and Caetano Veloso were arrested on December 13th, 1968 for being part of a movement representing a cultural intervention in a country that was against the national policy. In February 1969, both of them were freed and then exiled with their wives going, to Lisboa and Paris, but in the end, they decided to stay in Chelsea. Lisboa and Madrid also went through a heavy military dictatorship. Paris at the time didn’t have a big music scene that was interesting enough, so they decide to stay in London.

In August 1969, even with Gil out of the country, the song Aquele Abraço was released, which became one of Gil’s greatest hits in Brazil, and one of the most played. Gilbert Gil came back to Brazil January 1972.

Joining Maria Bethânia, Gal Costa, and Caetano Veloso, Gilberto Gil started the group Doces Bárbaros, which went to perform until Gil and the drummer were arrested for possession of marijuana. After going through psychiatric treatment, Gil went back to performing with the group in an event at Canecão (a famous venue in Rio), with fixed shows for two months, breaking ticket-sales records back then. The performance turned into a documentary, Os Doces Bárbaros, by Tom Job Azulay and also an Album, Os Doces Bárbaros, Live, by Polygram record label.

The Other Side of the Story

Besides his musical career, Gil also left his mark in politics:
He was elected to the city council in Salvador, between 1989 and 1992, and he was also Secretary of Culture between 2003 and 2008.

Besides his political career, Gil also won several prizes. These are the most important ones:

Let’s take a moment to listen to one of the greatest hits in Gilberto Gil biography: Aquele abraço