The RioLIVE! trip to downtown Rio de Janeiro offered an insider´s view of everyday life for working professionals in the city center. In addition to learning about the modern professional culture, we visited a number of historic sites, exploring both sides of Rio (current and colonial). Our RioLIVE! tour was self-paced, flexible based on the personal interests of the group, and overall an enjoyable afternoon outing.

Girls and History. That’s the proper title for our RioLIVE! at this time, our Portuguese went in a nice trip to know The Historical Center of Rio de Janeiro, but an interesting detail was that the group was formed only with Girls. We met at Rio & Learn Portuguese School headed by to Uruguaiana Station, there we could start our activity.

Our students from United States, Germany, Canada and England were really impressed with the nubver of people walking around the place, we also could the little popular market at Uruguaiana, where people can buy products and gadgets for a cheaper price. Our first stop was at Igreja da Candelária, a very old and important church that represents a lot when we talk about history in Rio de Janeiro. There happened the biggest protests claiming the return of democratic elections that we call Diretas já! Our next step was CCBB (Centro Cultural Banco do Brasil), a nice place to relax, read and see some nice ehxibitions, our Portuguese students were totally amazed with ehxibitions that was talking a very popular kids show in Brazil.

We continued our trip walking arund the old streets made of bricks around the center, with each step, the students were getting even more amazed with history vibe around it. We passed by Centro Cultural Correios, Travessa do Comércio and also Paço Imperial, one of the most important historical buildings in Rio de Janeiro. There was the place two important facts, Dia do Fico in 18822 and the signing of Lei Áurea in 1888. We finished our RioLIVE! in Cinelândia, a place with many important buildings such as Teatro Municipal and good bars to enjoy, that was what girls did to finish their trip. 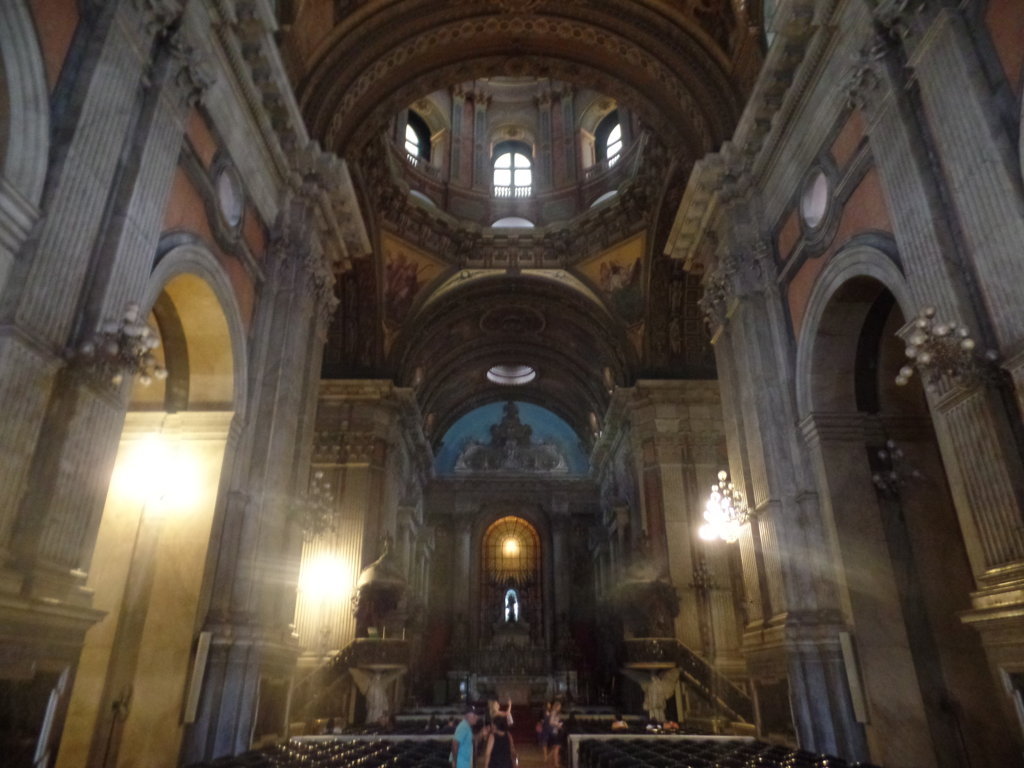 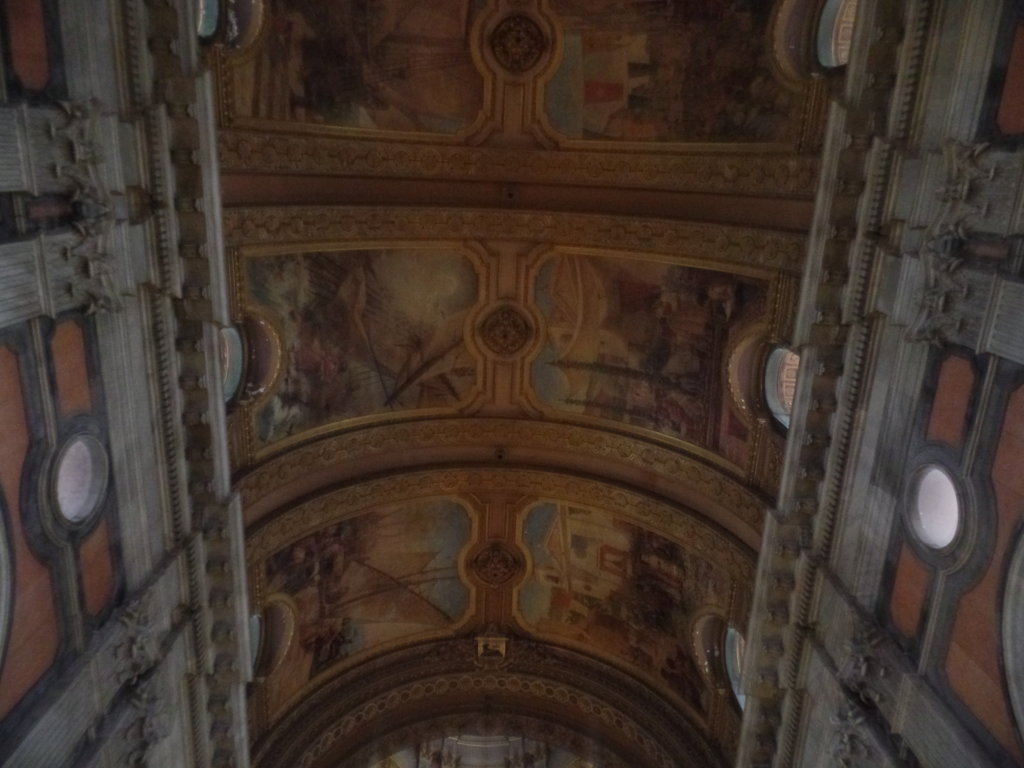 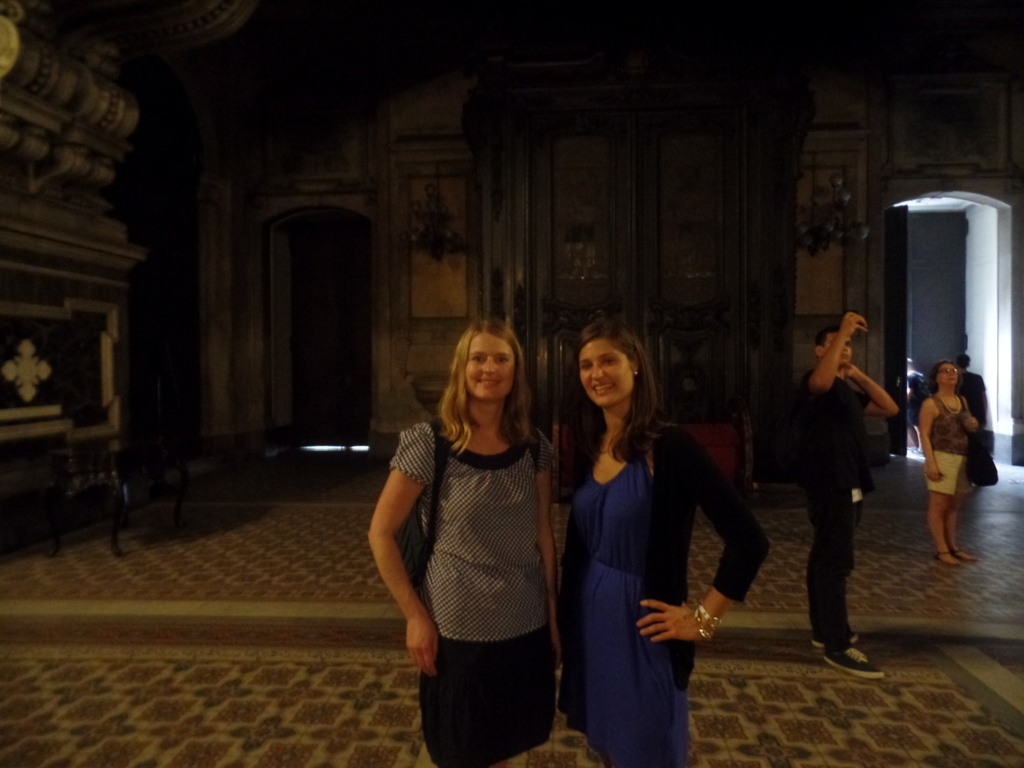 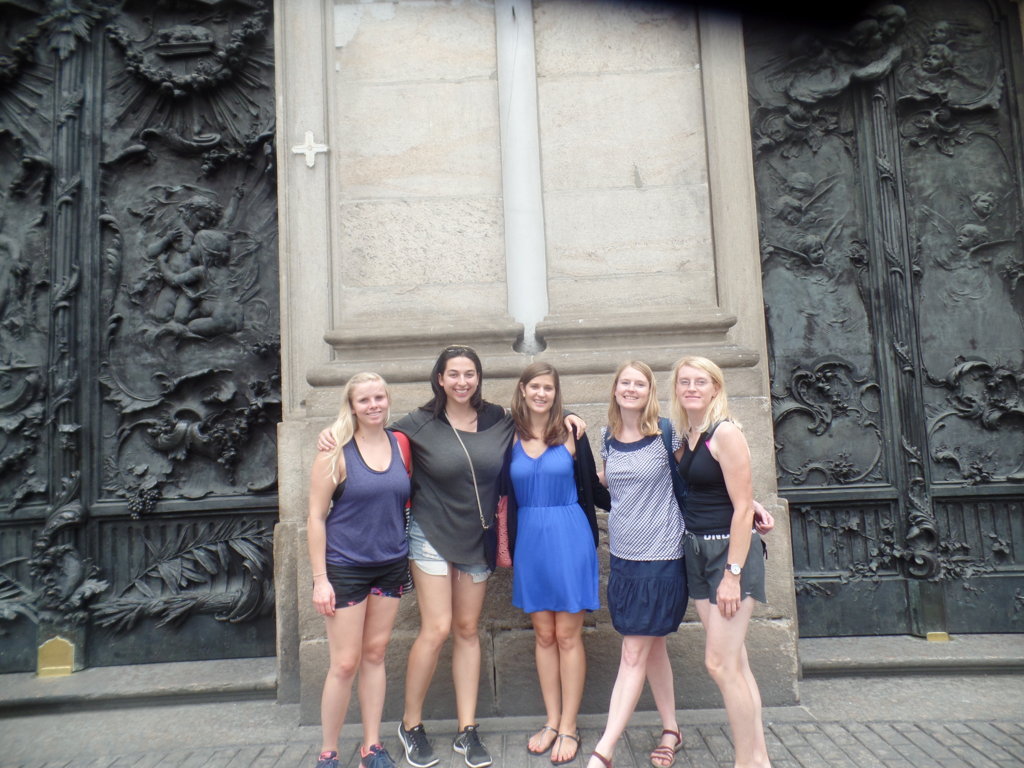 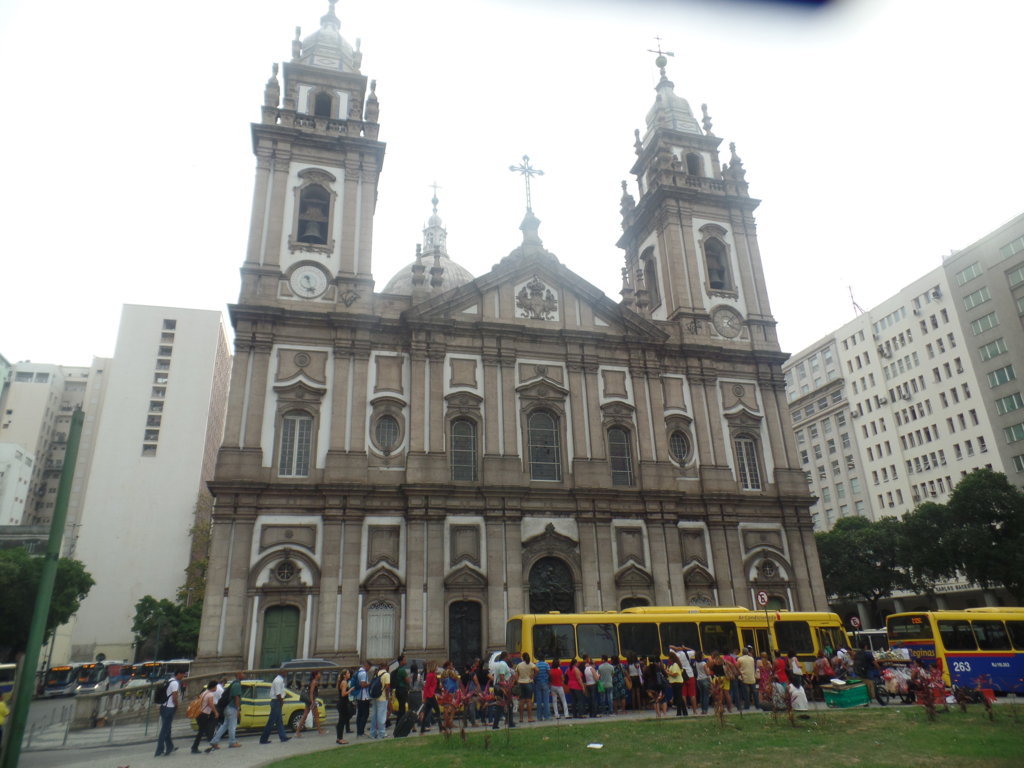 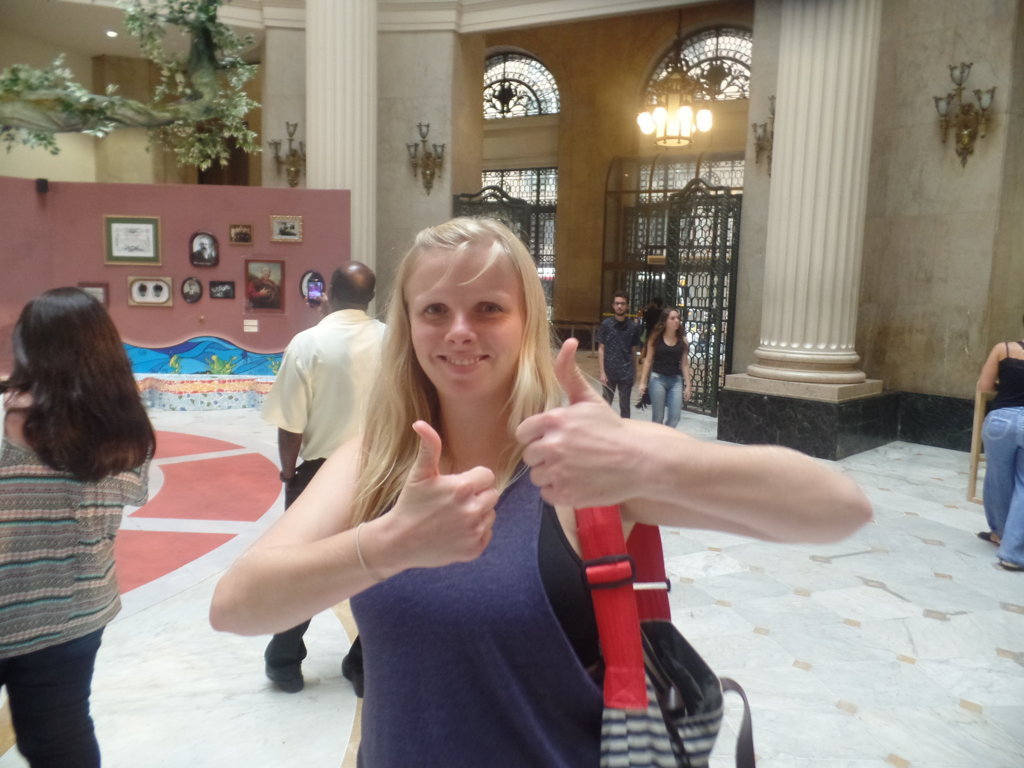 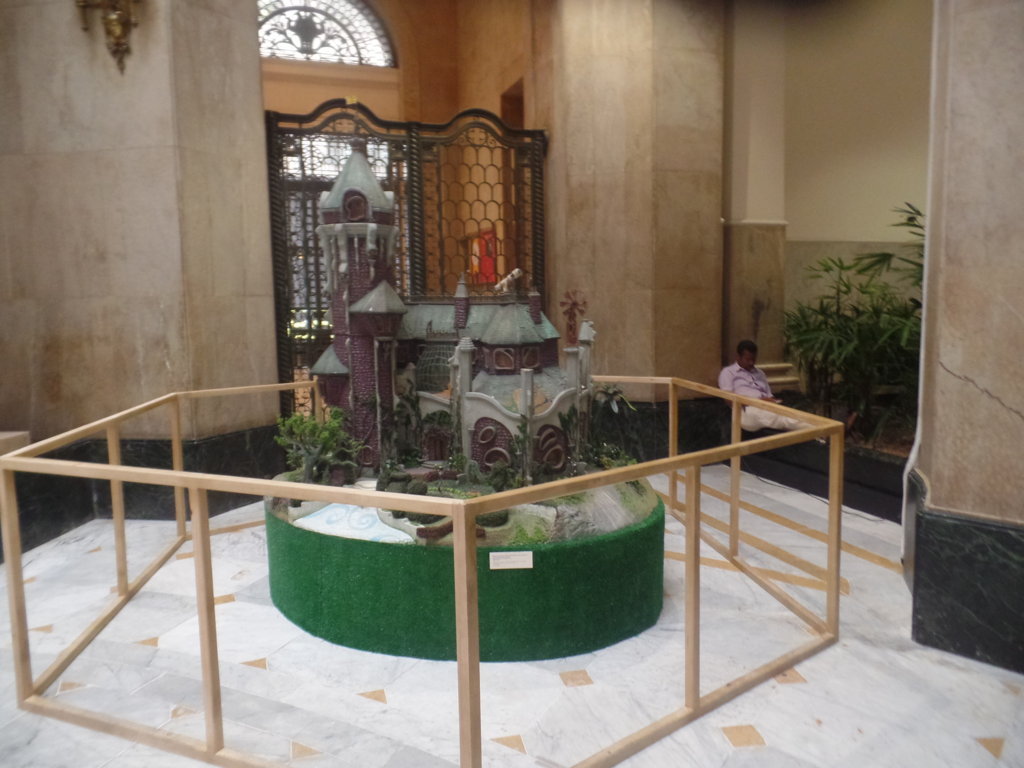 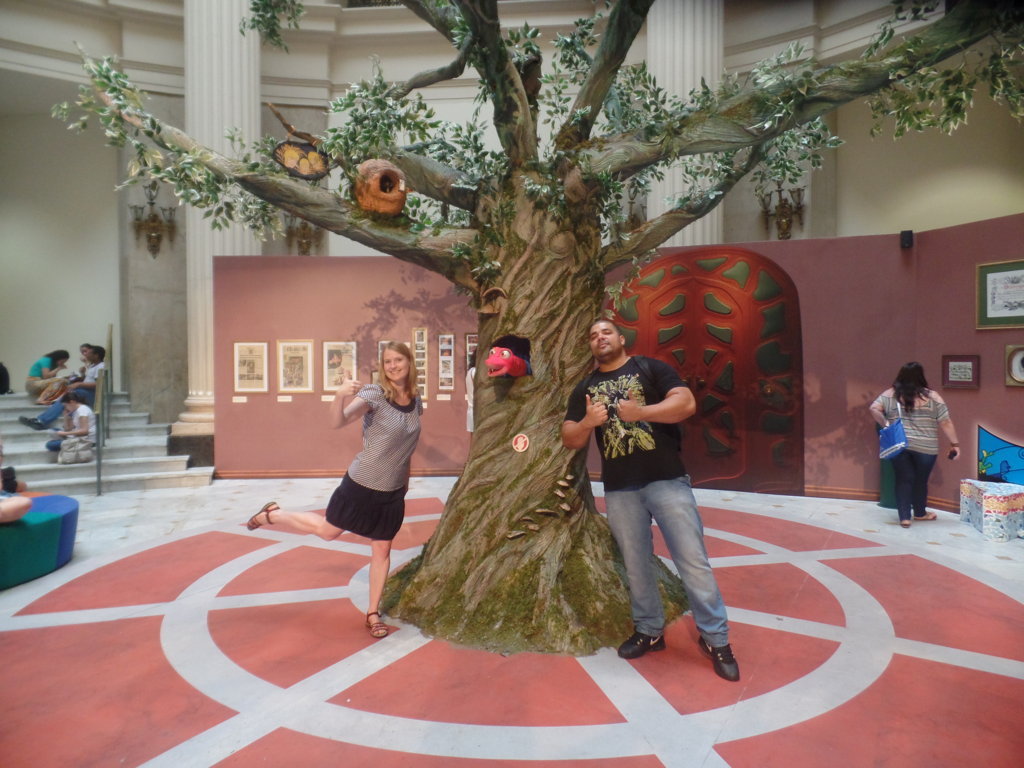 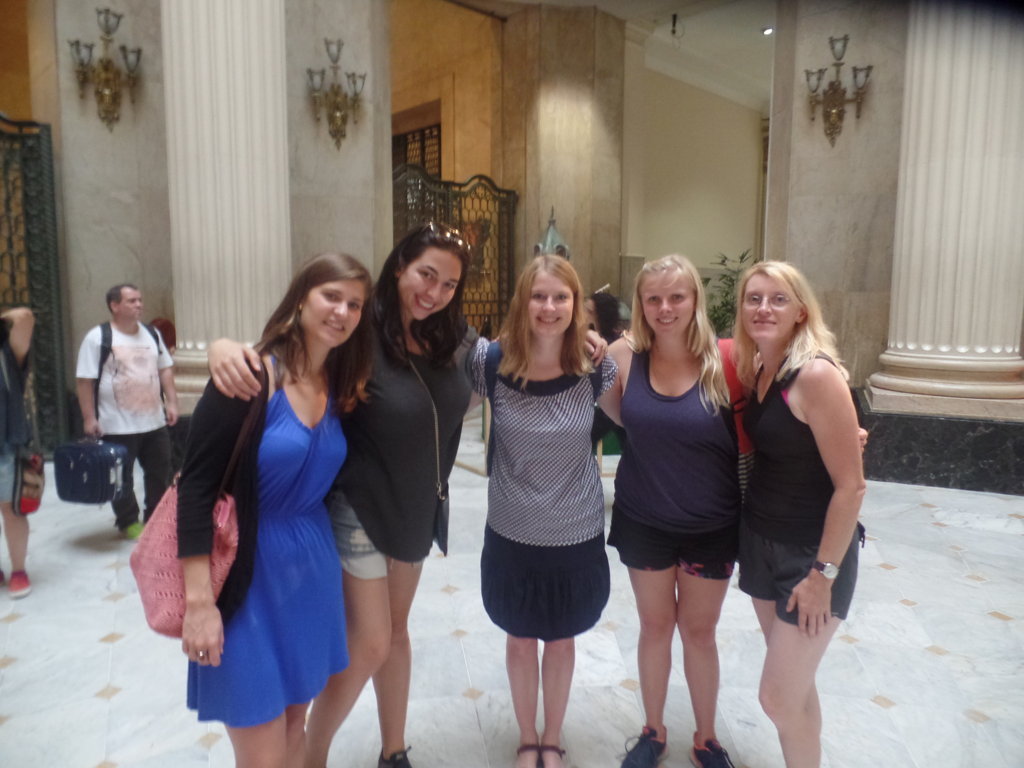 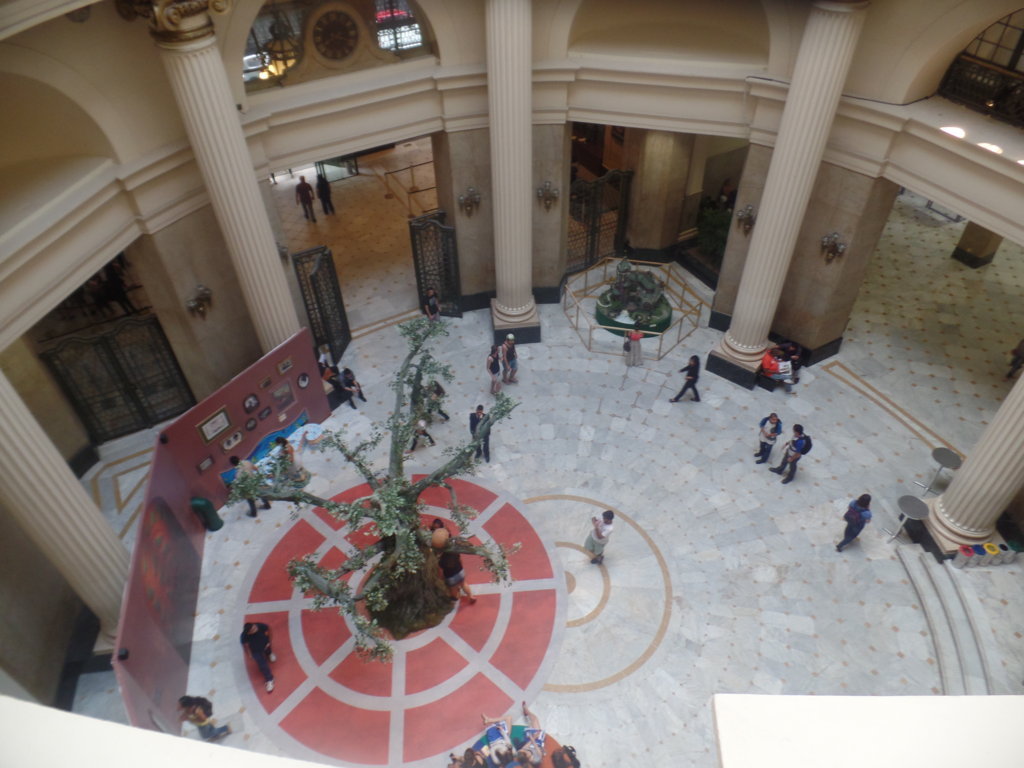 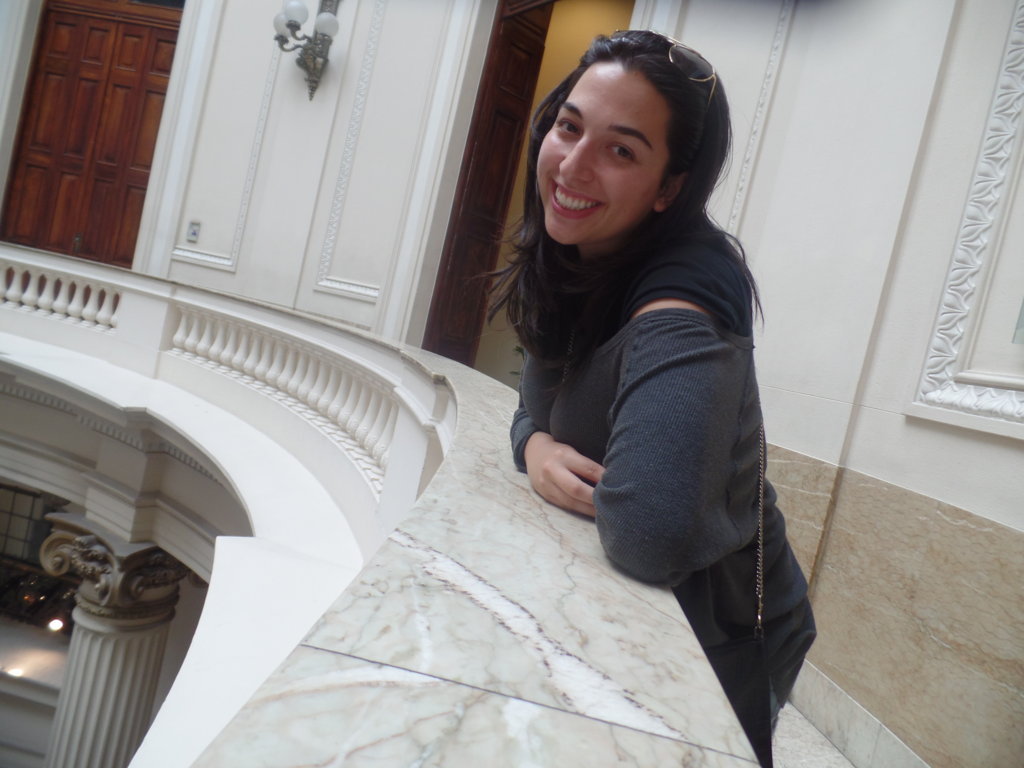 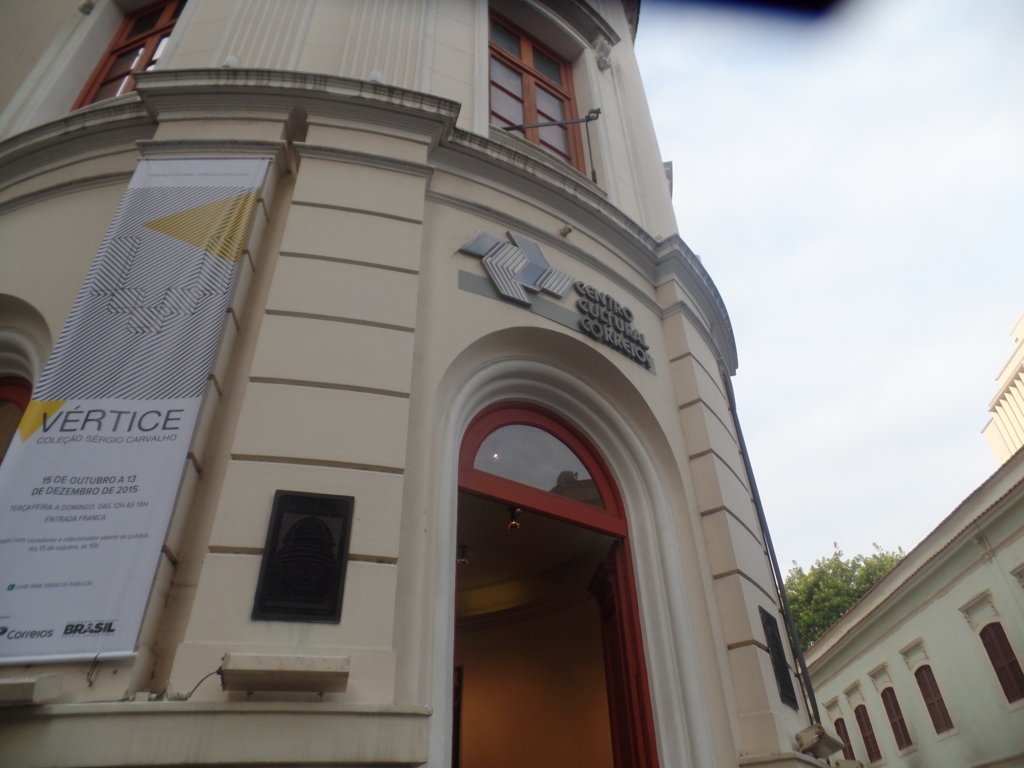 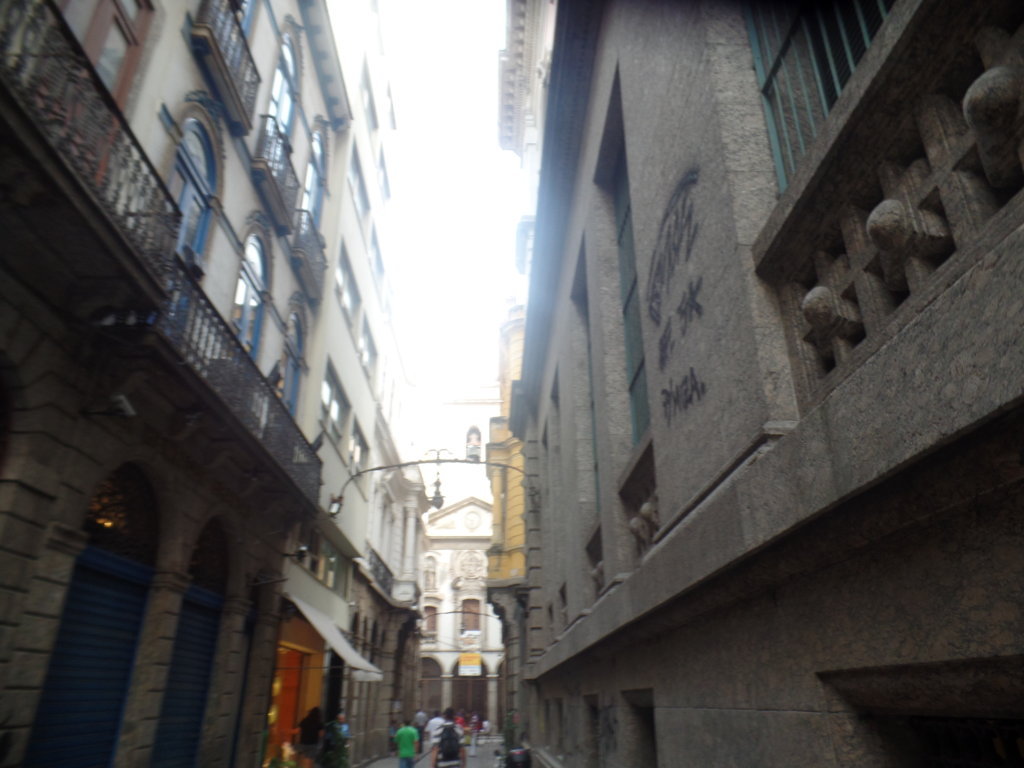 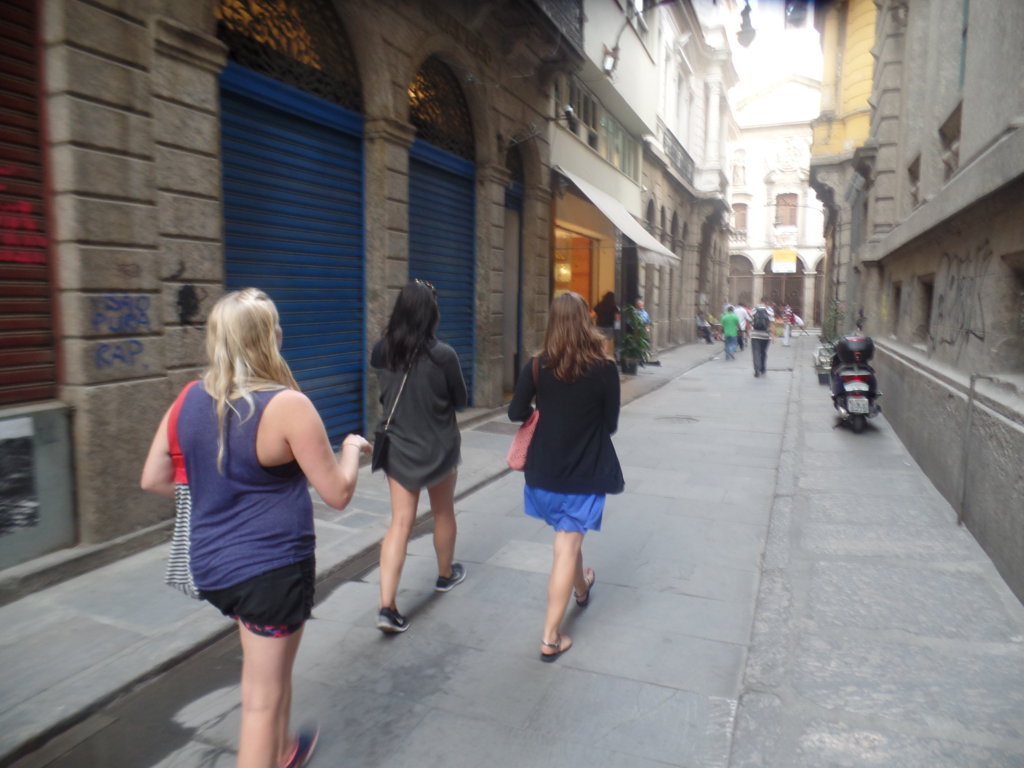 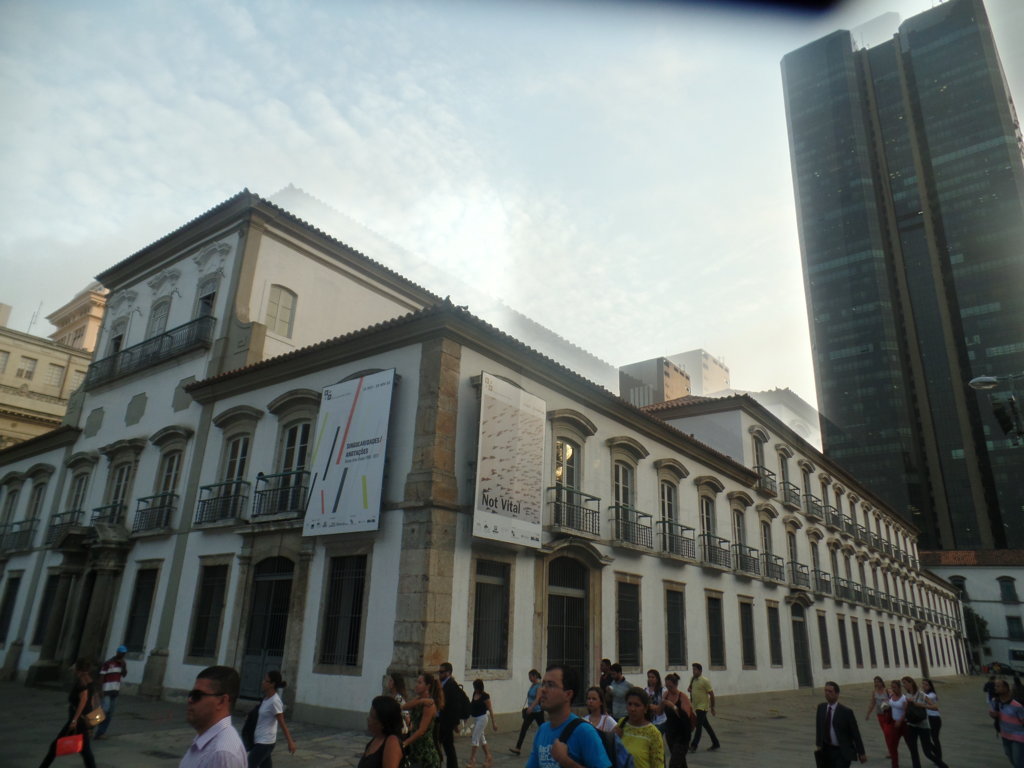 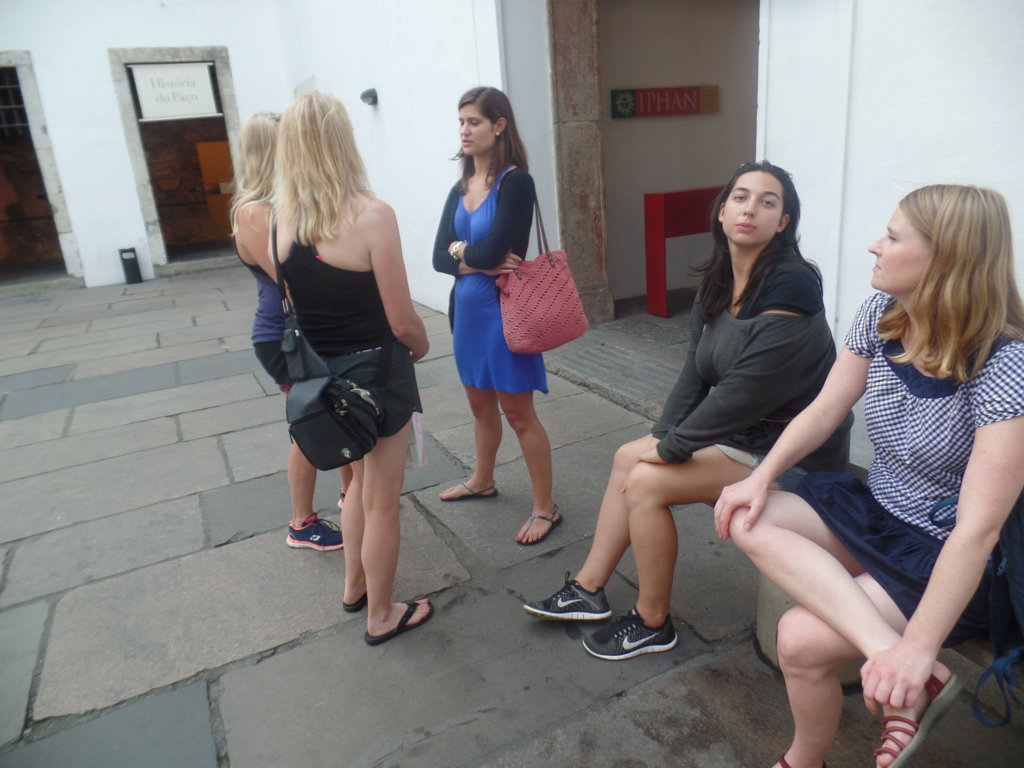 Click here to see more about our last RioLIVES! at the Historical Center: