We took a beautiful sunny day in Rio de Janeiro to watch a Copa América match, the most important football tournament done among South American countries. We gathered at the Capitão Jacques restaurant, that is located in Copacabana and we also had dinner there. Because there were many South Americans in Copacabana, the vibe were looking like a final match, in the restaurant that we were, a group of Colombians joined us to support Brazil, but in the other restaurant, there was a funny group of Peruvians.

The match was, Brazil X Peru, a very exciting match that Brazil won by 2 x 1. Besides supporting Brazil, the students could practice their Portuguese, because we had the opportunity to talk about many different subjects and mainly vocabulary of restaurant.
In end of our RioLIVE! everybody was satisfied, because besides the Brazilian victory, we had a great opportunity to speak Portuguese during the day. If you want to have fun while studying Portuguese, Rio & Learn is your place taking part in our RioLIVE! Activities. 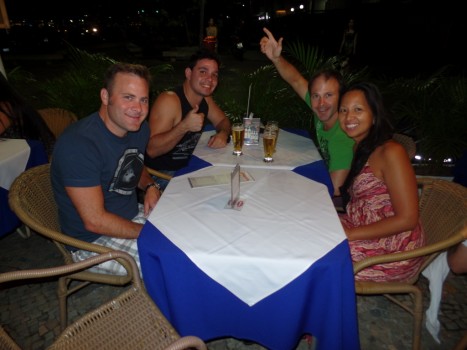 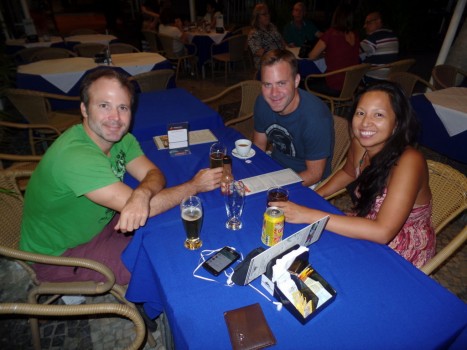 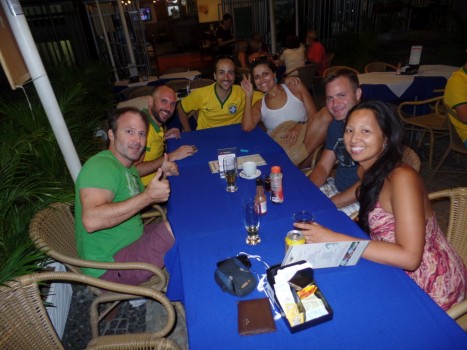 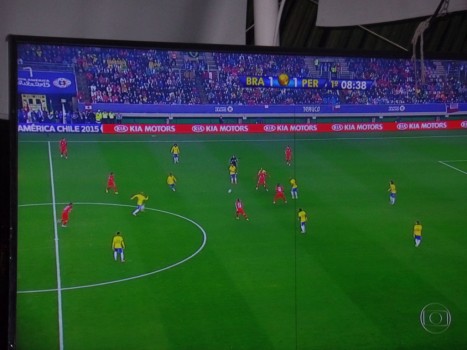 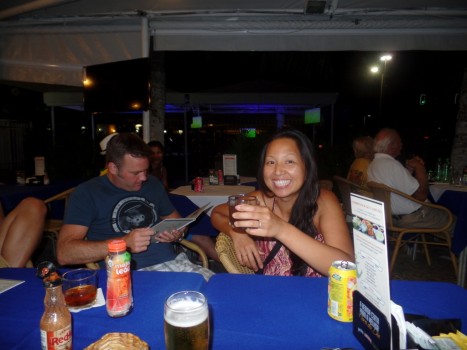 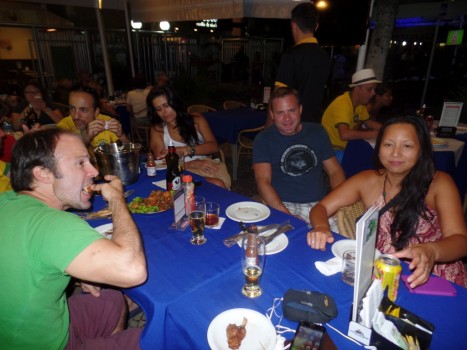 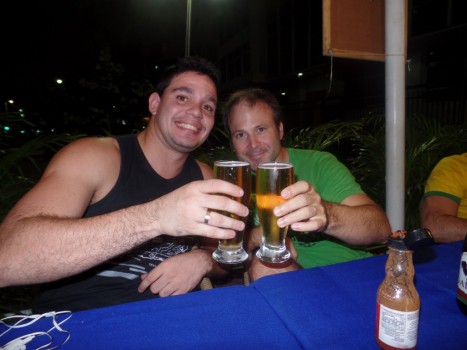 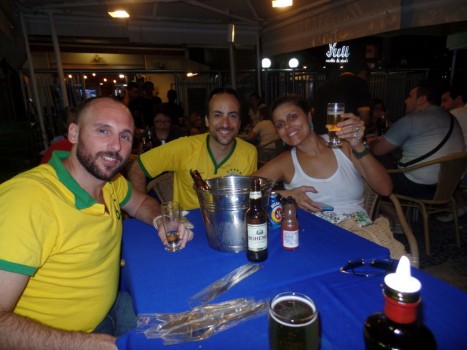 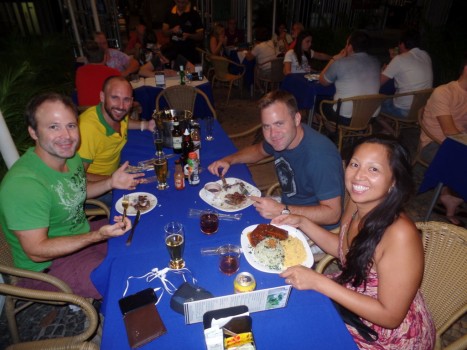 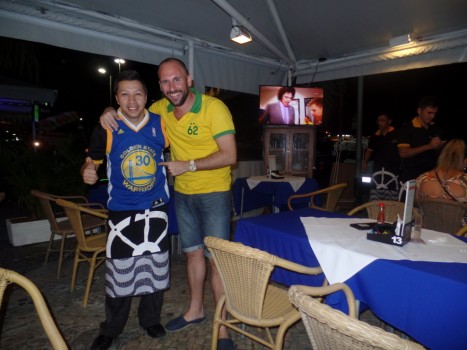