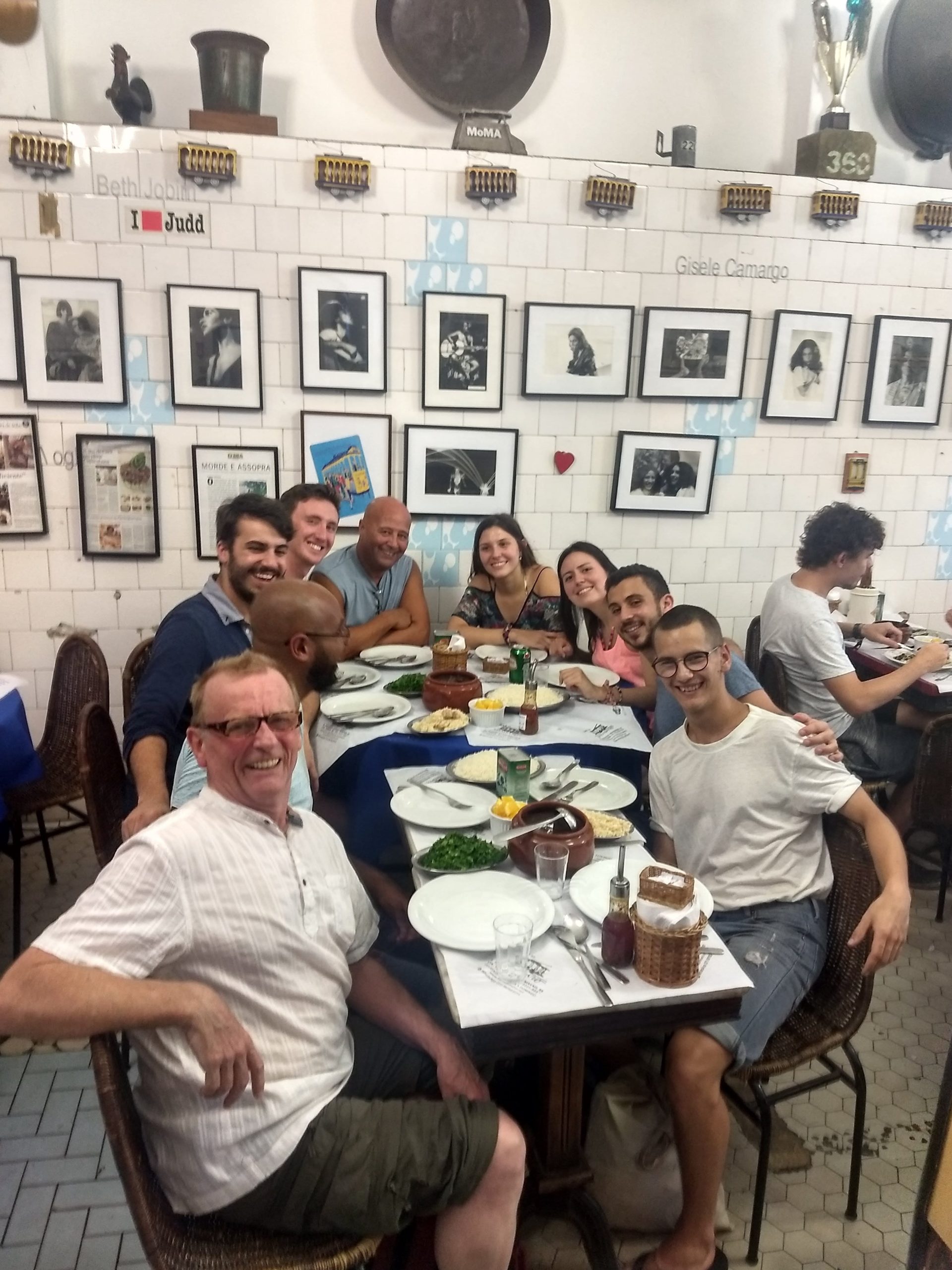 Last Friday we took a fantastic trip to Santa Teresa, a culturally vibrant and diverse neighborhood of Rio. To get there, we took a famous transporation option (the bonde) that was like riding a roller coaster up the hill to our destination! For lunch, we had some delicious fejoada (a traditional dish consisting of rice, beans, meat, and spices that is normally served on Fridays). Finally, we walked around the beauitful neighborhood and took in the gorgeous sights of the city from above. 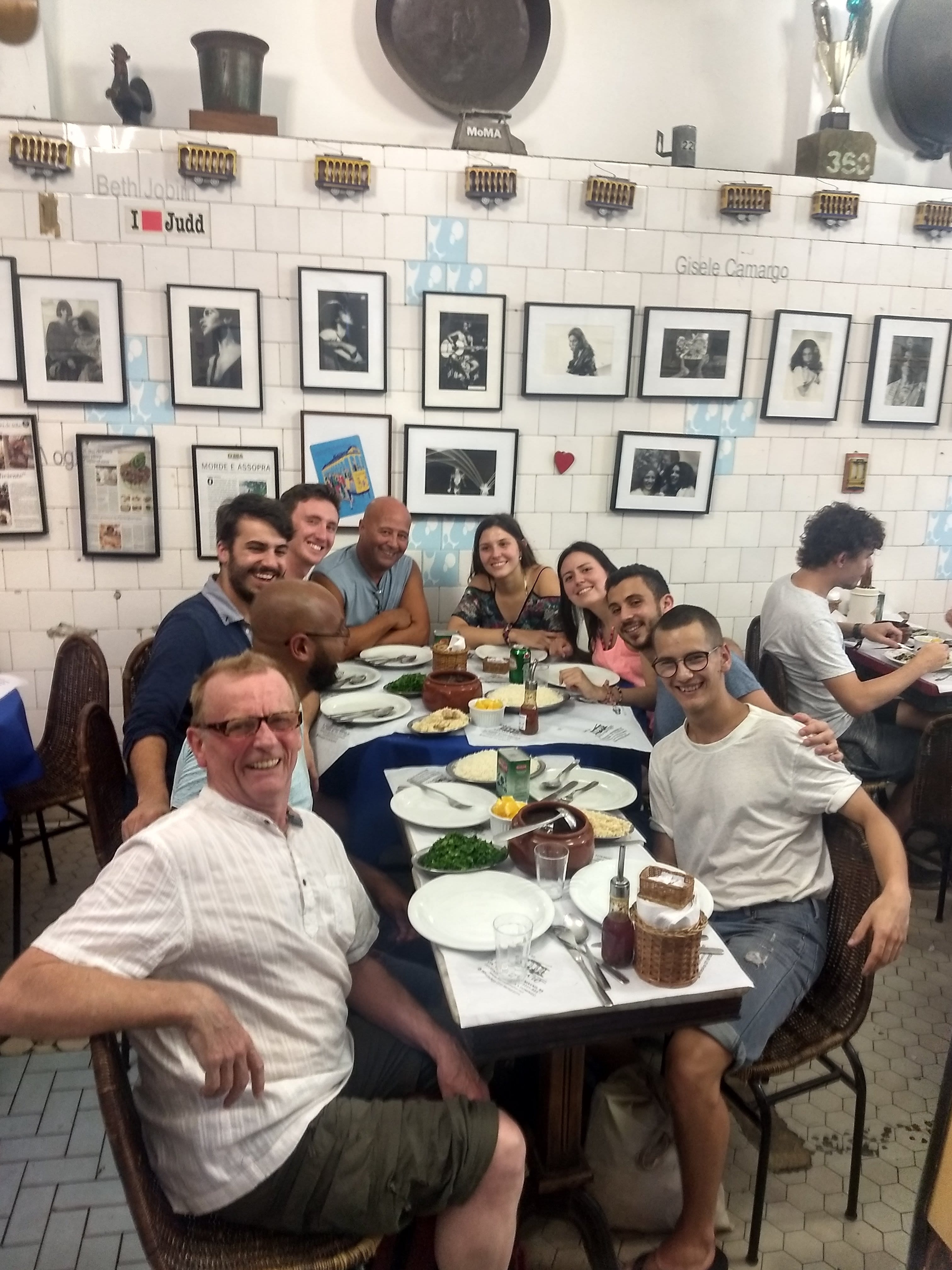 Last Friday it was a day for the Gringo’s feijoada. All the group met Santa Teresa and ate the famous Feijoada at the Bar do Mineiro, drinking some beer and sharing good stories during our RioLIVE!
We had so much fun! Not even the rain spoiled our amazing day!