Rio & Learn and the capoeira Grupo Senzala got together to provide our Portuguese students a funny afternoon with a lot of sport, cultural stories and much Portuguese practice. Mestre Toni (the instructor) started this RioLIVE! with an exciting warm up that made our students very happy. Then, they started with the first steps. What seemed to be very difficult became quite easy, because everybody was able to show a little bit of their capoeira skills.

Every moment our student Marisol showed her satisfaction and happiness practicing capoeira at the same time that she was practicing her Portuguese. But the best part was when the insturctor put them to play the percussion at the same time that they were singing the capoeira songs. In this RioLIVE! the students talked in Portuguese, knew capoeira’s history and they even practiced the sport. It was an amazing afternoon. 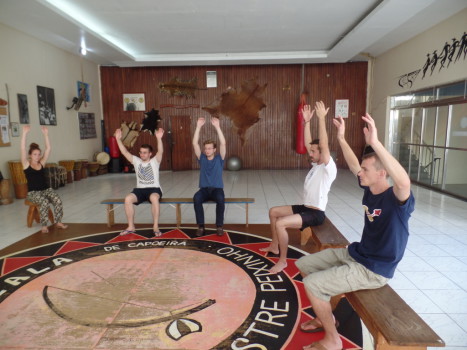 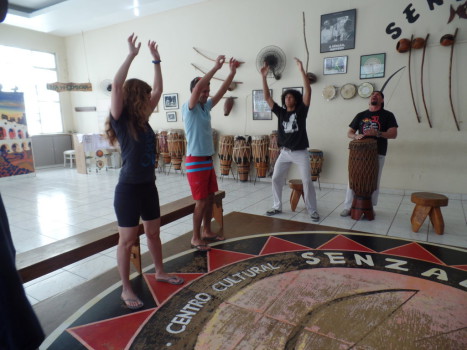 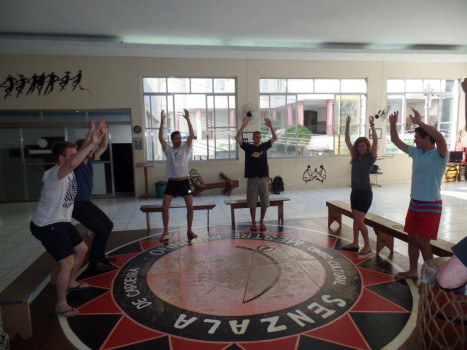 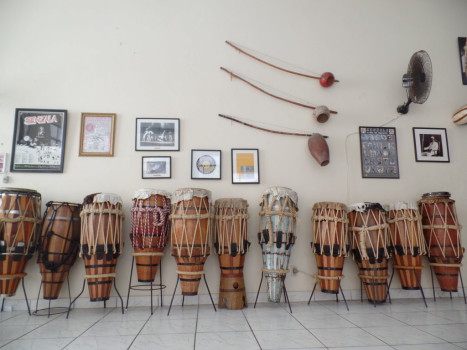 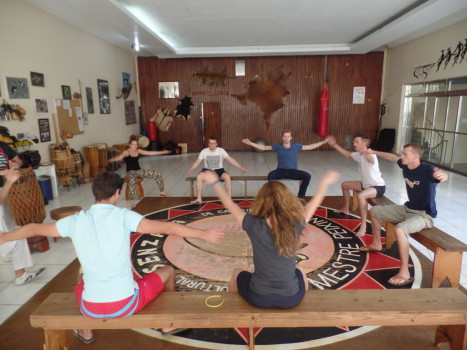 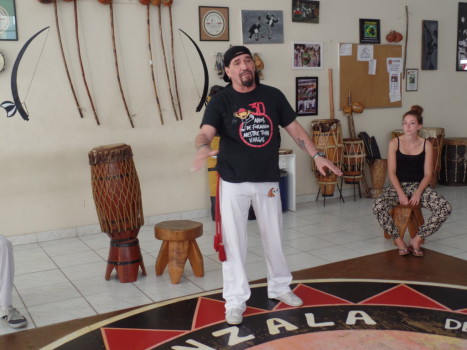 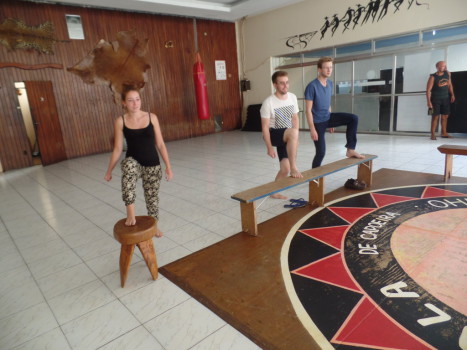 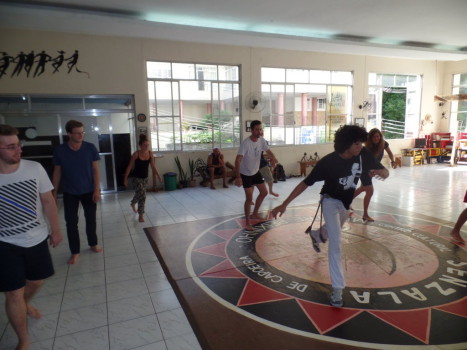 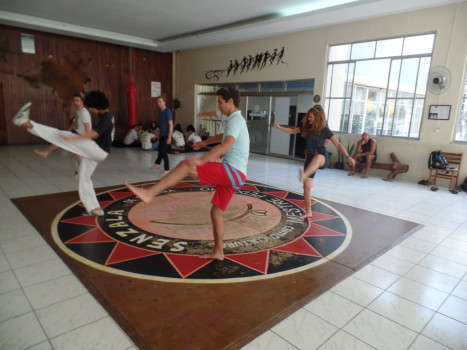 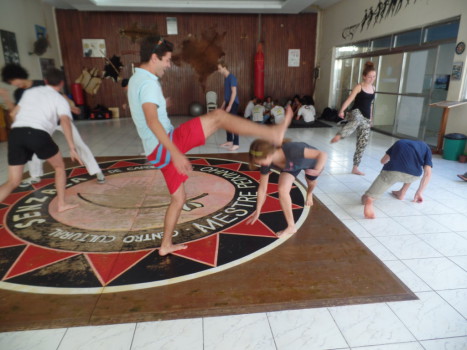 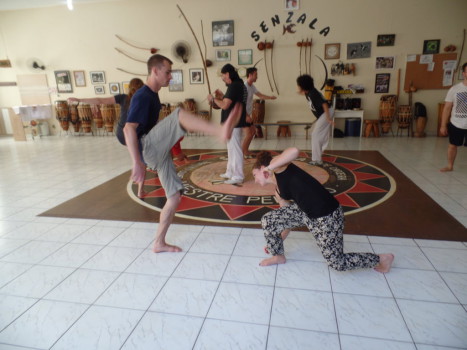 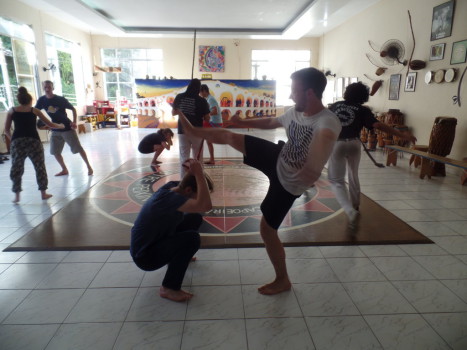 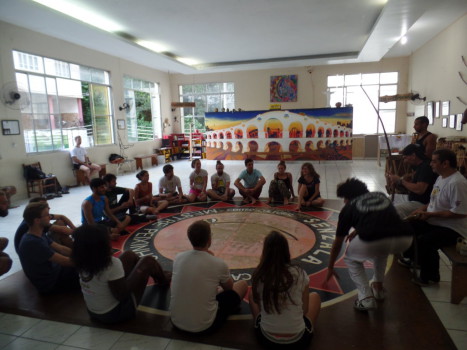