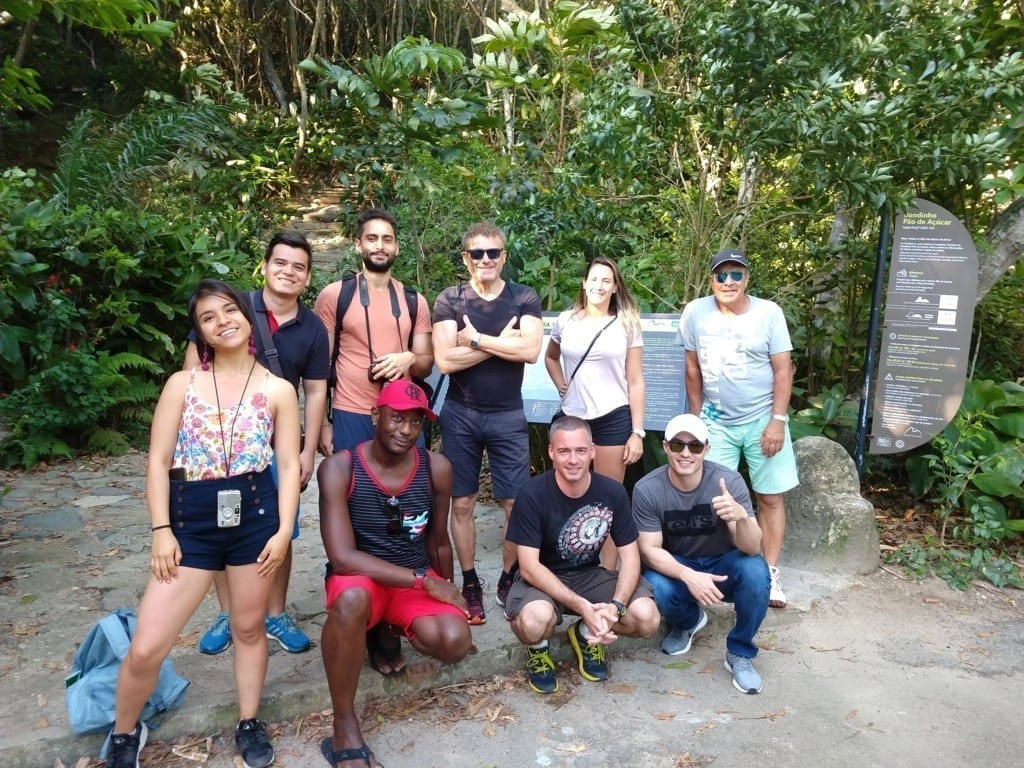 Rio de Janeiro viewed for the top of Pao de Acucar is undoubtably one of the best excursion to experience . I was fortunate to attend with other students from Rio and Learn, After meeting at the school and taking a short tirip to Botafogo we climbed the trail, approx 20 minutes to the first hill.  Along the way you will pass through a tranquil tree lined path, with many photo opportunities and views. Once you complete the hike you will arrive to an area where there are even more amazing views, bathroom, resturarants, etc.  The final portion of the hike, you will travel via cable car to the peak, where your breathe will be taken away once you view the panaramic view of Copacabana, Ipanema, Leme, Botafogo, and Urca.. What made this special was speaking the beautiful language of Portuguese in such a beautiful location.

What about visiting a good place in Rio de Janeiro. It’s even better if you can enjoy a Hike and Views at Pão de Açúcar with us, an awesome place for people who want to see the best views of the city and also being more in contact with nature. And at this time we had a big and nice group doing this RioLIVE!

We started doing a good hike through the forest up to Morro da Urca, after about 30 minutes, we could reach the top and have a taste of this amazing place. Then we headed to the Sugar Loaf Mountain using the cable car, a place even higher where our Portuguese students could take some good pictures, getting to know each other better and practice their Portuguese. See more on our Facebook page: