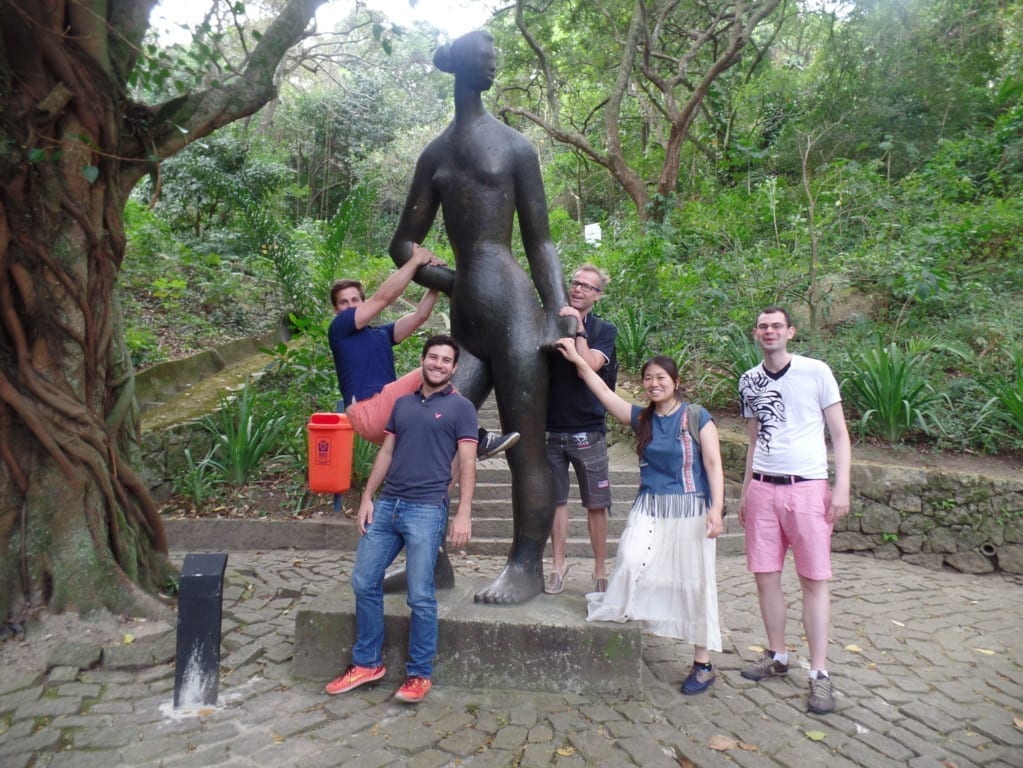 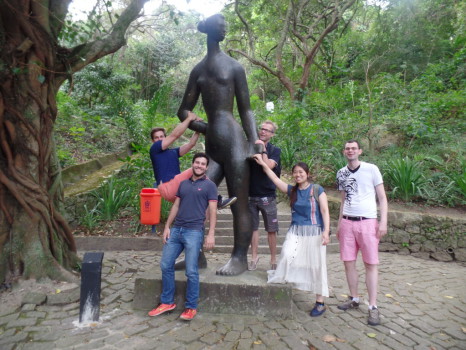 Lagoa was a lot of fun. We hiked up the Parque da Catacumba and the view was absolutely gorgeous. Kaio was a lot of fun and made sure that everyone was engaged and speaking portuguese throughout the excursion. After the hike we biked around Lagoa and were able to explore the are like the locals. I would highly recommend this excursion in the future.

In our last RioLIVE! activity, we spent the afternoon hiking and cycling at Lagoa. We started our activity taking a bus to get there and along the way we talked about some curious issues, such as differences in accent of brazilian regions and around the world. It was very interesting because the students were able to understand these differences and compare with the cities where they live.

When we arrived in Lagoa neighborhood, we got in the Parque da Catacumba, where we took many pictures, talked about some curiosities of the park and did a small hike. This way we did took us to Mirante Sacopã (Sacopã observatory), where there is a beautiful view of the city even on a cloudy day. At this observatory, the students took beautiful pictures and asked some questions about places that can be seen from there.

After the hike, we did a complete turn through Lagoa, admiring the city and practicing portuguese. We stopped at a few points to rest and watch some tourist attractions and people skating. Certainly, it was a very nice evening for all.

At the end of our RioLIVE! we walked to Copacabana and drank a “gelada” on the beach as a good carioca.

Come to Rio & Learn and discover a different way to study portuguese with our RioLIVE! activities.