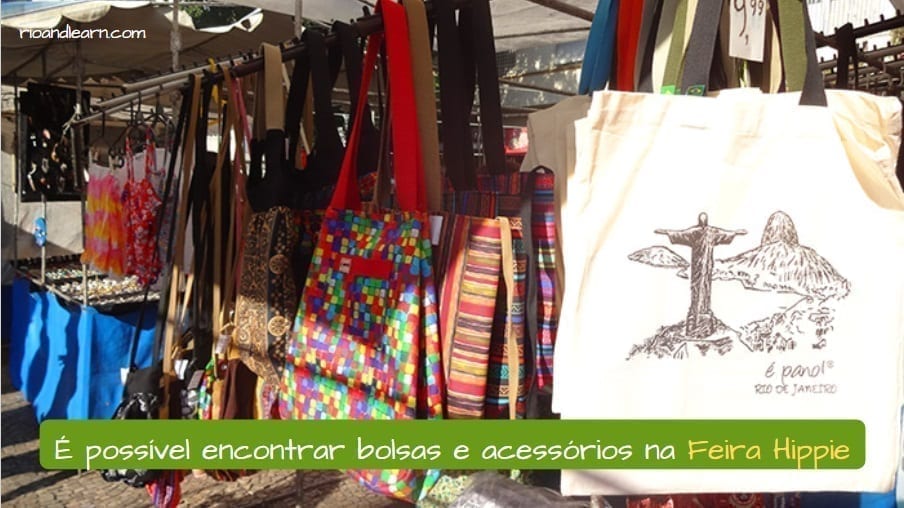 E aí, galera! Tudo bem?
Today we’re going to talk about the Hippie Fair of Ipanema, one of the coolest fairs of Rio de Janeiro.

The fair of arts and crafts of Ipanema, also known as the Hippie Fair of Ipanema, is an event that happens every Sunday. There it’s possible to find a bit of everything, like furniture and clothing for example.

The fair first started in General Osório Square on the 60’s. The name Hippie Fair was given because of the hippie culture of the 60’s and 70’s. The idea came from the lack of space some plastic artists had to expose their work and also because of Hippie Culture from the 60’s and 70’s. The idea of creating a Hippie Market comes from the lack of space a few visuals artists had to expose their works and the counterculture of the people who had a hippie style. These ideas made it possible for a group of hippies to occupy a part of the park to sell their products.

It’s possible to find paintings, frames, personal objects as purses and belts, and much more.

How to get to the Hippie Fair of Ipanema

Getting to the Hippie Fair of Ipanema is very easy!
Besides the many bus lines that pass on Zona Sul coming from different directions, a better way to get there is using the General Osório station on the metro. The exit A is right in the square where the fair happens on Sundays.

Don’t miss that opportunity! The Hippie Fair of Ipanema is amazing! See you there!

See you on the next Dica!
Take care!