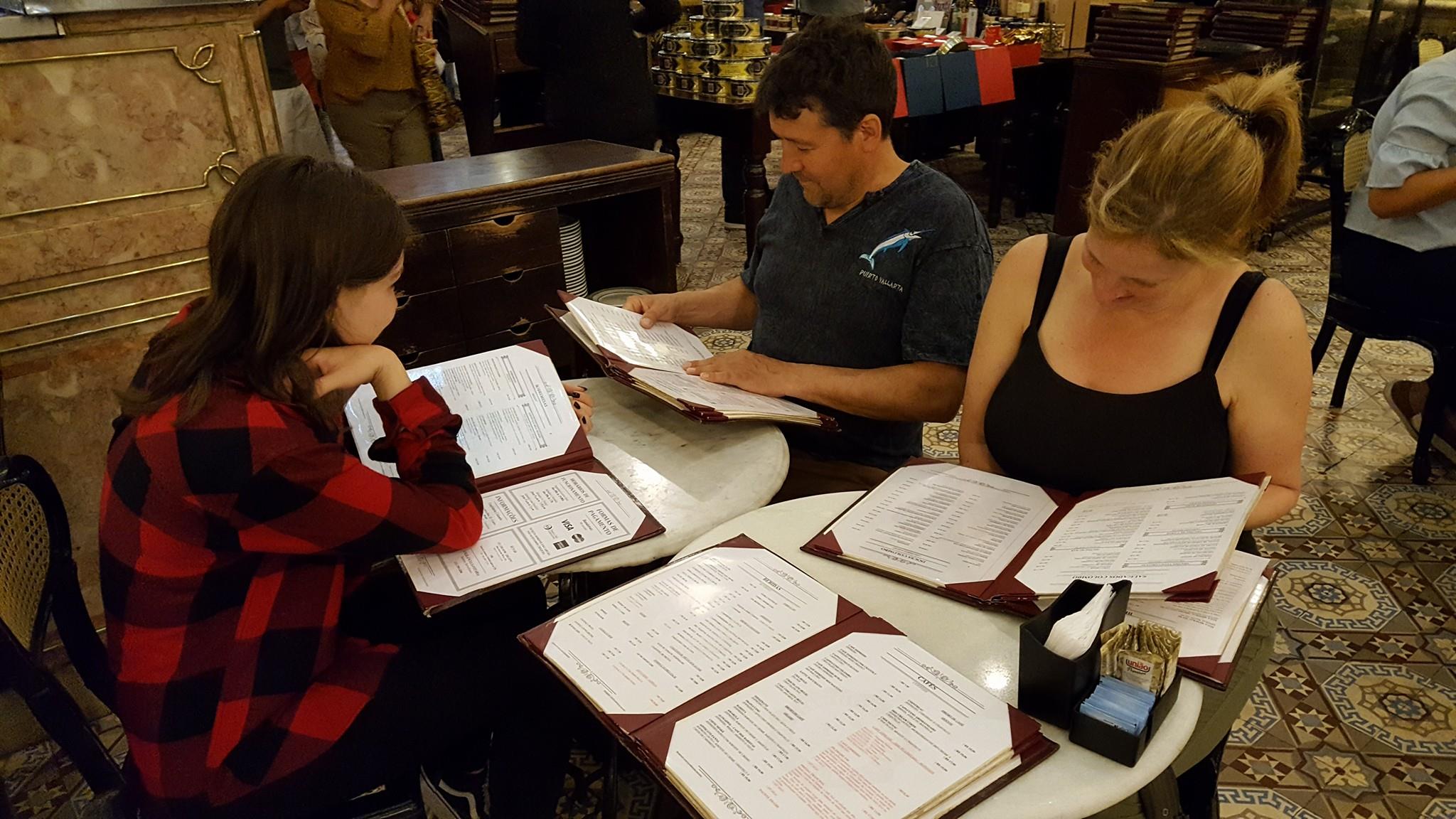 Igor took us to Cafeteria Colombo. It is a beautiful historical building. We enjoyed seeing the antiques which were displayed all throughout the building. Igor was very good at explaining the history.

Do you know what a historical afternoon coffee is like? We went to Confeitaria Colombo to find out and we tried the best desserts you’ll ever find in the center of Rio. The delicious smell of the coffee in the place motivated us to speak Portuguese, so we practiced all the vocabulary a cafeteria can offer.

You can see all the pictures of our historical afternoon coffee on our Facebook.