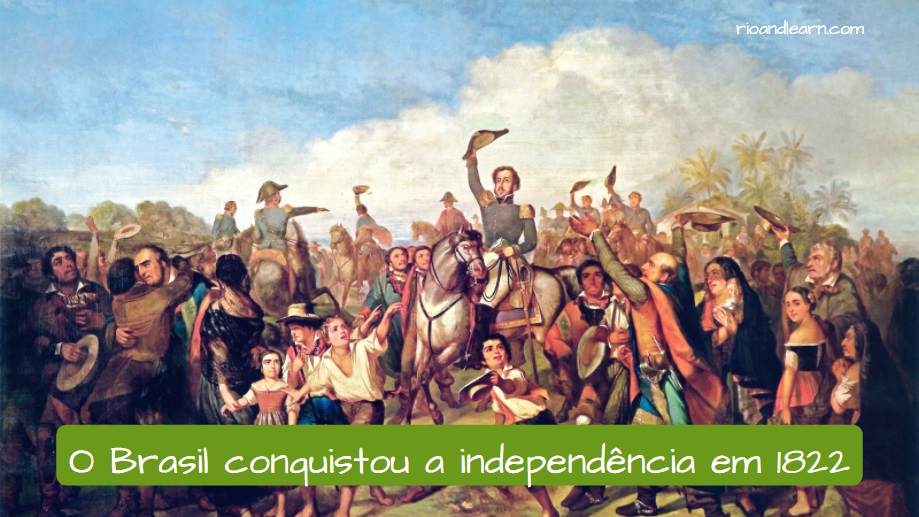 Today is September 7th, guys. A very important date for Brazilians.
Let’s learn more about the history of Brazilian Independence. It was a long process that began with the arrival of the Royal Family to Brazil.

During the French Revolution, Napoleon ordered other countries in Europe to close theirs ports to British shipping. At that time Portugal had a trade treaty with England and so they refused to follow Napoleon’s orders. He decided to invade and conquer Portugal and so, the Royal Family sought refuge in Brazilian lands.

When arriving to Brazil, in 1808, the Royal Family took the first step towards independence. The regent John VI opened trade at the Brazilian ports for several nations worldwide, creating many possibilities of trade. This was known as the primeiro grito de independência (first cry for independence). At that period, Rio de Janeiro was still the capital of Brazil and John VI started a renovation in the marvelous city that lasted until 1815. Rio stopped being an exploration zone and started to be the political and economic center of the country.

The Portuguese politicians started a revolution attempting to send the regent John VI back to Portugal. In the first months of 1821 he left Brazil and his son Pedro I became the new regent. The revolution created a financial crisis in Brazil and Pedro I, trying to save the country’s condition, took steps in favor of the people, that were against the Portuguese politicians’ interests.

Who declared independence for Brazil 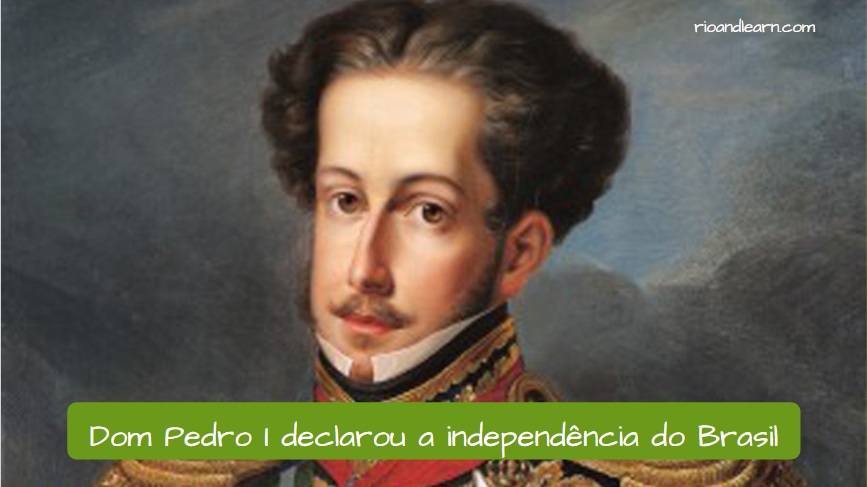 Pedro I lowered the taxes and made the Brazilian military forces as important as the Portuguese ones. Therefore, Portuguese politicians tried expel him from Brazil, just like they did to their father. However, after much political fighting and the raise of stress, on the 9th of January, Pedro I stated that he would stay in Brazil. This day became known as Dica do Fico.

He started a pro-independence movement with the aid of Brazilian politicians and on September 7th of 1822, Pedro I, who was in a trip to São Paulo, declared Independence for Brazil along the Rio Ipiranga. Since then, this day is considered a national holiday and Brazilians celebrate independence in many different ways.

That is the history of Brazilian independence, guys. Did you like it?
We wish you all a nice holiday and see you on our next Dica of Portuguese for foreigners.