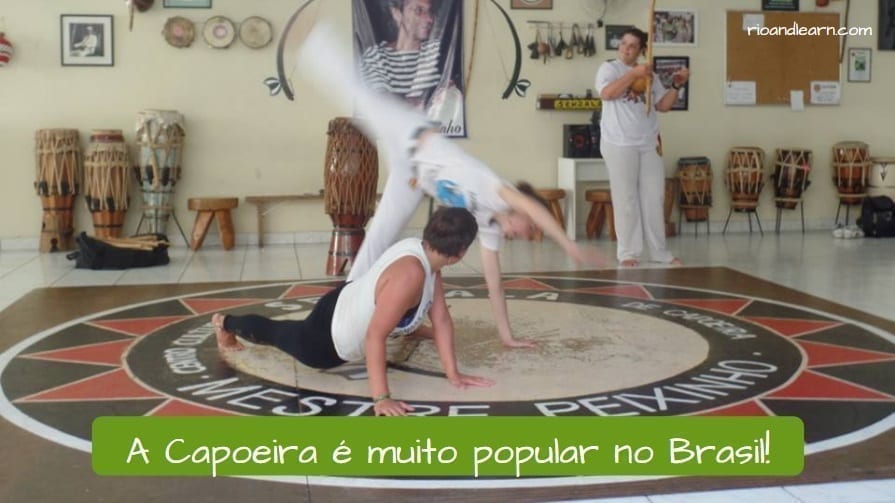 Hello everyone!
Our Video Dica Today will talk about the history of Capoeira in Brazil.

Some people refer to capoeira as a martial art, some people say it’s a dance, and some people call it a game. What if we say Capoeira is a mix of all that?

History of Capoeira in Brazil

Capoeira was first created during the 16th century by slaves who were taken from Africa to Brazil by the Portuguese colonists. As they were prohibited from practicing any martial arts, capoeira is thought to have emerged as a way to bypass the imposing laws.

Hidden in the musical elements, kicks were disguised as dance movements, and capoeira came to life as a survival tool, not only of self-defense, but also of cultural identity. Using capoeira, many slaves escaped their masters and formed rebellion groups known as Quilombos, creating communities outside of Portuguese control. Palmares is the most famous of these, and we talked about on our Dica about the Black consciousness day.

Today capoeira is a cultural icon of Brazil, and it is widely practiced around the world. If you want to practice it you can come with us on our Capoeira RioLIVE! at Grupo Senzala with Mestre Tony Vargas.

That’s it for today guys! Hope you have enjoyed our Dica and see you next time!
Bye bye!