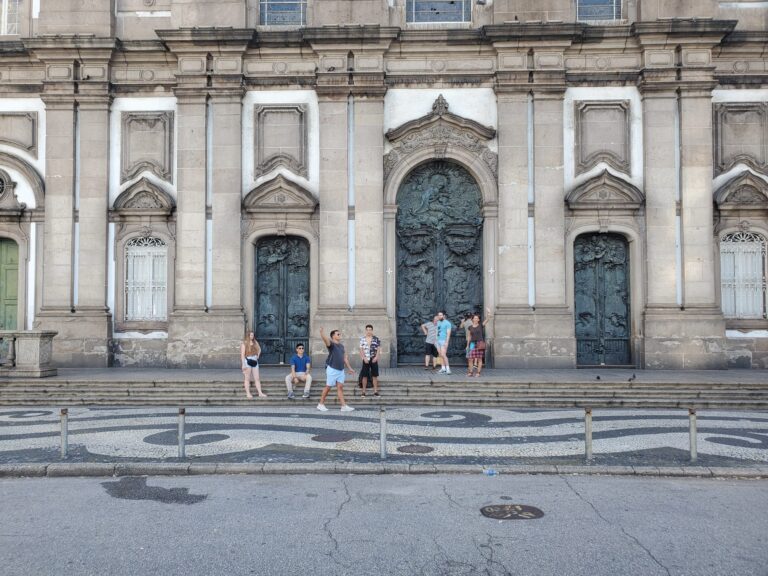 Today was my first RioLive experience. I enjoyed visiting the city centre, particularly the library and the museum. It was fun to spend the day speaking Portuguese in day-to-day situations with new friends. I will definitely be doing more! 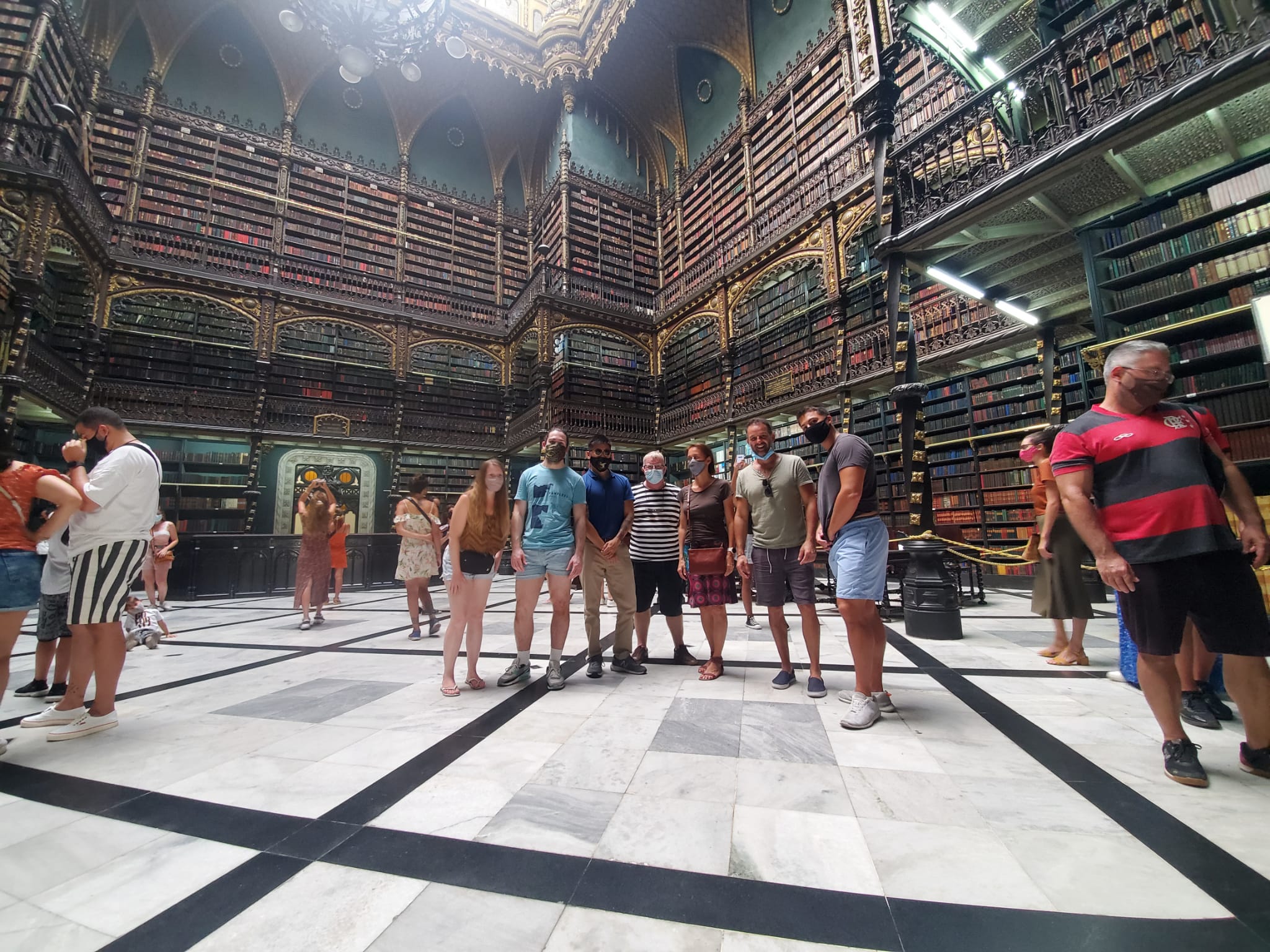 This RioLIVE! was a day of History in Downtown Rio. We went on a tour in the city centre, an area also known as Historical Rio, since the buildings there go back centuries ago to when Rio was the capital of Brazil. The students enjoyed seeing the architectural patterns that resemble those of some places in Europe. It was also a day of culture for we went to a museum to see an exhibit about the history of currencies in Brazil and in the world. The students played a game where they tried to find currencies from their countries. Even the students that live in the euro area were able to find bills from before their countries adopted the euro. At last, this day was not only a day of Culture and History in Downtown Rio, but it was also a day of relaxing at a bar where some cariocas go to have beers and petiscos after their shifts in downtown. 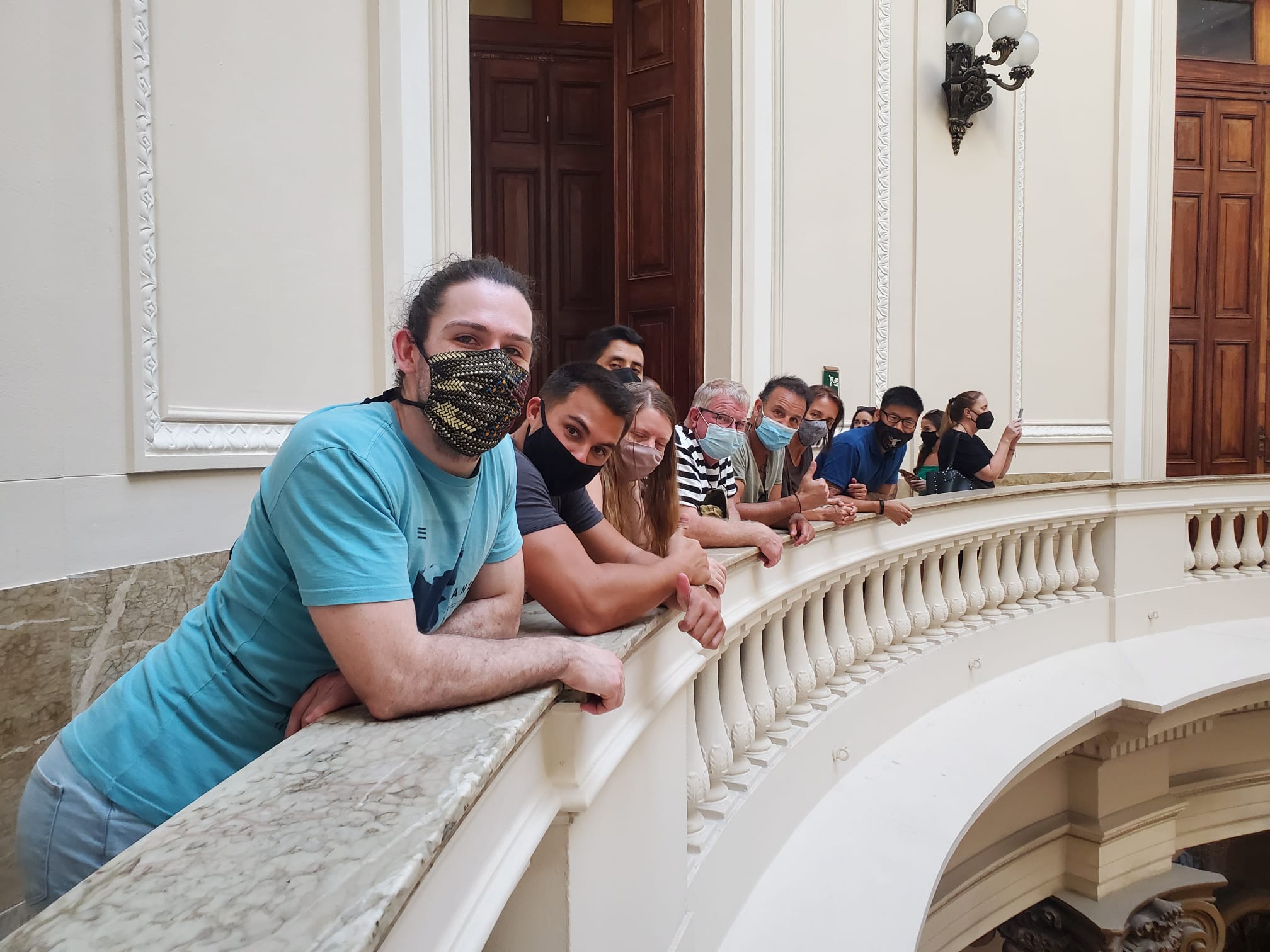 See more pictures of this day in Downtown Rio on our Facebook page:

See the previous RioLIVE! Activities in Downtown Rio on the links below: