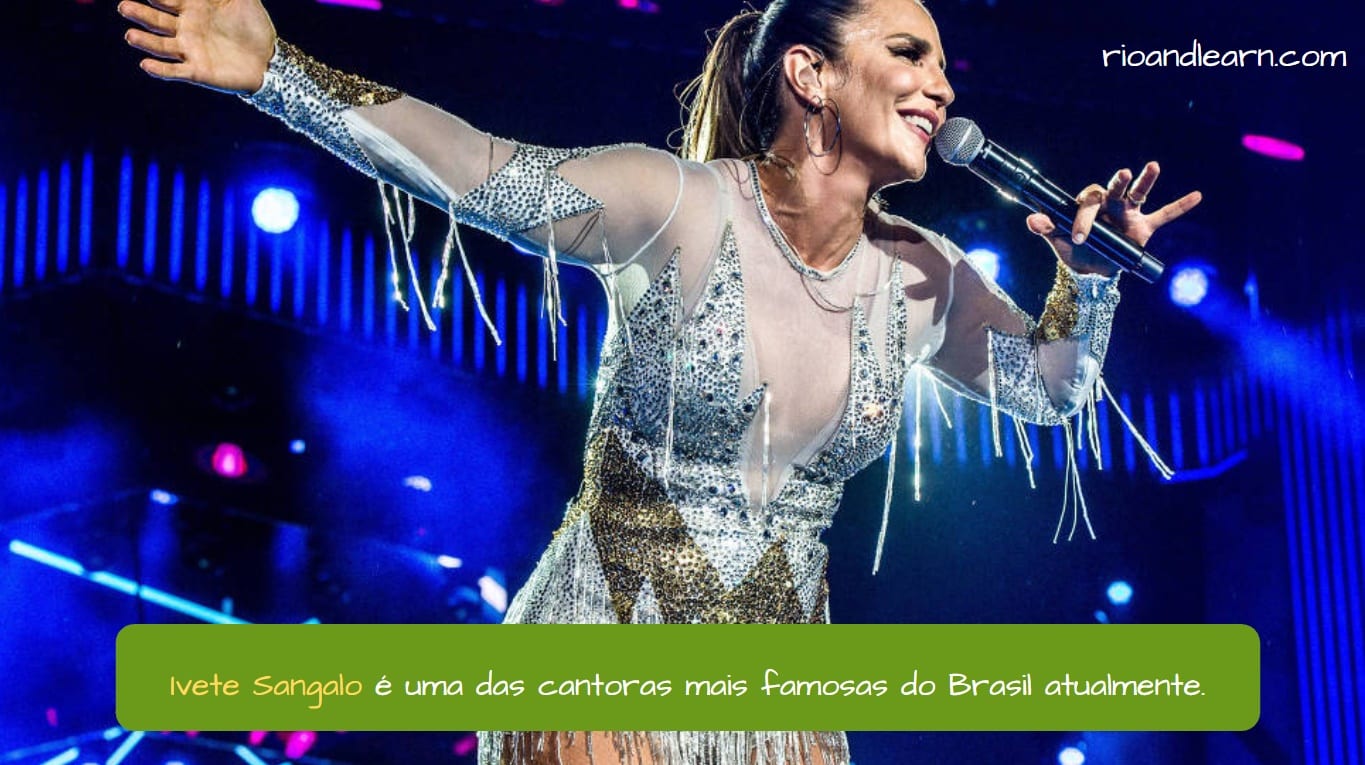 Hey, guys! Are you ok? Today in our Dica we will talk about the singer Ivete Sangalo. One of the most successful Brazilian artists.

Ivete Maria Dias de Sangalo Cady was born on May 27th 1972  she is a Brazilian singer, songwriter, and occasional television show host. She is one of the most popular female Brazilian singers, she’s released six albums with Banda Eva and seven more albums with her solo career. Sangalo is loved for her powerful voice, charisma and live performances.

She started her career with Banda EVA in 1993 singing Axé Music (a type of music which is really popular in Bahia) and had some big hits with many different songs such as Beleza rara and Levada louca. She released six albums as a member of this band. Although Ivete is considered as a carnival singer, she was recognized for her individual talents for her unique voice and some special ways of approaching MPB (Música Popular Brasileira). Let’s see a video of Ivete Sangalo with Banda EVA:

After gaining recognition with her talent, in 1999 was time for Ivete Sangalo to try a solo career and history says that it was the best choice that she could make. Her first self titled album was a huge success and sold over 100.000 copies in Brazil and received the golden record award that year. This album included some hits that are still popular in her career such as Canibal and Se eu não te amasse tanto assim.

In the following years her career just became bigger and bigger. Album after album she was becoming more popular in Brazil and also she attained international success. Songs such as A festa and Poeira helped to launch her around the world with nominations for the Latin Grammy in 2012, in partnership with Bono from U2 and a live DVD recorded at Madison Square Garden in 2010. Let’s see a video of this concert:

Nowadays besides continuing with her solo career, Ivete also is a TV show host, appears in ads,  is a businesswoman and also takes care of her family, she is married and a mom of three kids.