The RioLIVE! Friday event last week was to historic and arty Santa Teresa and Lapa and was great.  Not only did we get the chance to have a relaxed meal in a typical Lapa resaurant and practice Portuguese, but as the evening went on things became more interesting.  We discovered the art of mixing, making, shaking, blending and drinking caipirinhas on a side street buzzing with life but one one you´d easily miss without a guide.  Our teacher encouraged us to experiment and while not every attempt was something you´d find in a bar, they were fun and interesting none the less. Fortified by our caipirinhas, we dived into a typical friday night in Lapa.There was much dancing and if it was possible to practice Portuguese on a crowded dance floor we did!

We spent our Friday knowing Lapa. It is one of the most traditional places in Rio de Janeiro. Our activity started at the Selarón steps. Our students really liked the place, which is a master piece made by a Chilean called Jorge Selarón. The steps are always filled with foreigners and our students took the opportunity to give some information and talked about the RioLIVE!, since some of them could speak Portuguese, our students practiced a lot.
Soon after we walked to the Lapa Arches and took many pictures. Since Lapa has many interesting places to see, our walk started at Circo Voador and Fundição Progressoall the way to Boteco Belmonte, which is a very traditional restaurant in Lapa. Before our caipirinhas we had to eat a bit. We had dinner and had our first caipirinhas of the night. After that we we reached the best part of our RioLIVE!, which was the caipirinha classes with the Rei do Limão. The host was really excited, as usual, ant that made our students really happy, and they took the challenge to make the best caipirinhas in Brazil! After many caipirinhas, we were ready to enjoy our carioca night with a lot of samba and funk.
Come have fun with us taking part in our RioLIVE! Activities. 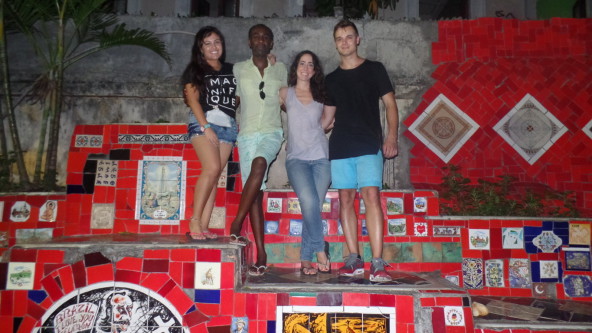 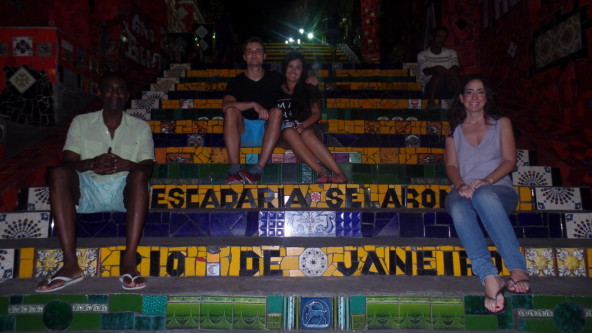 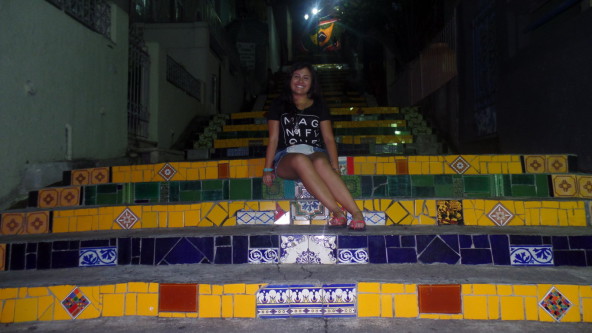 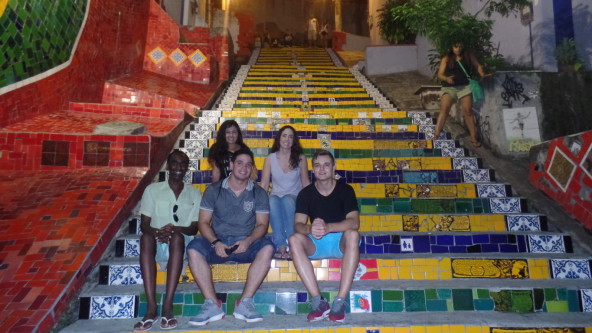 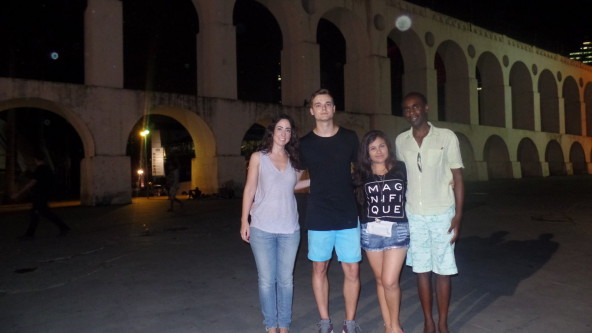 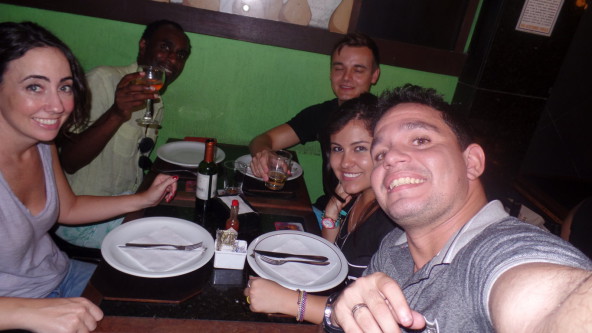 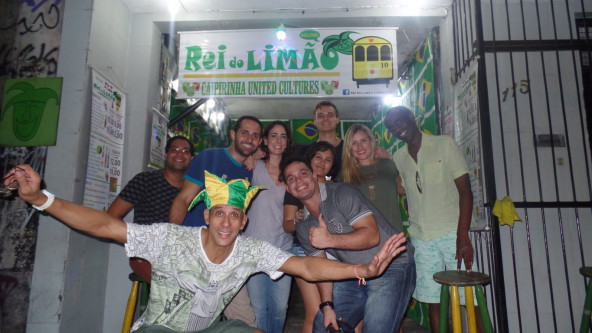 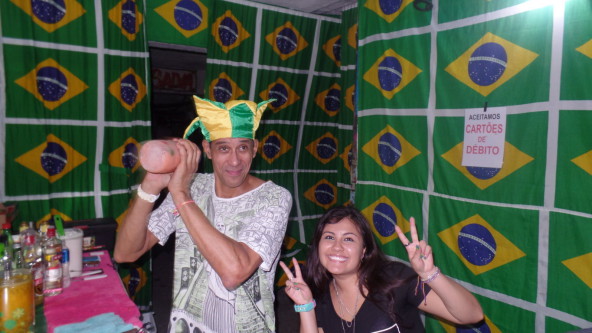 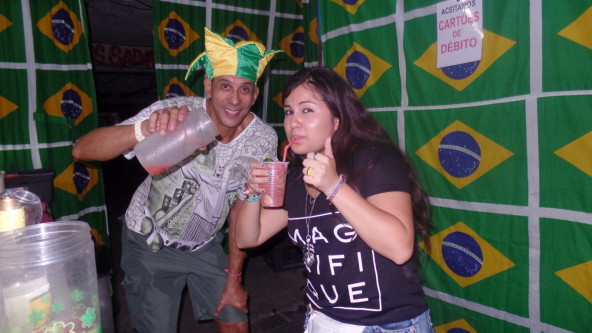 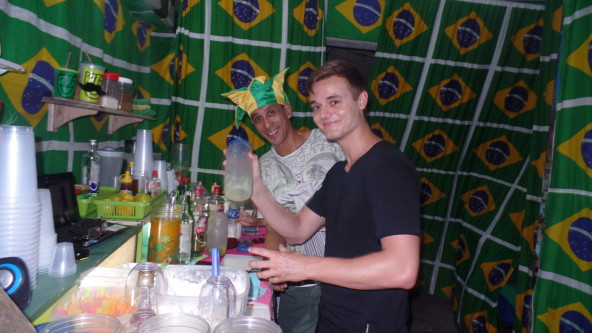 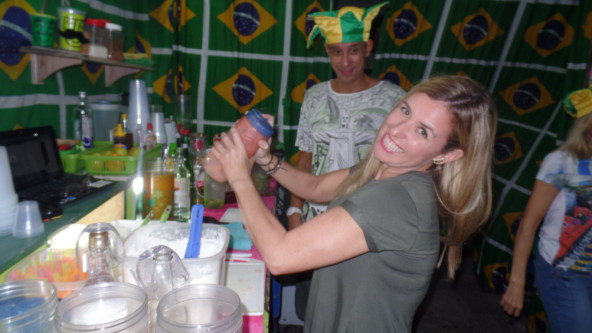 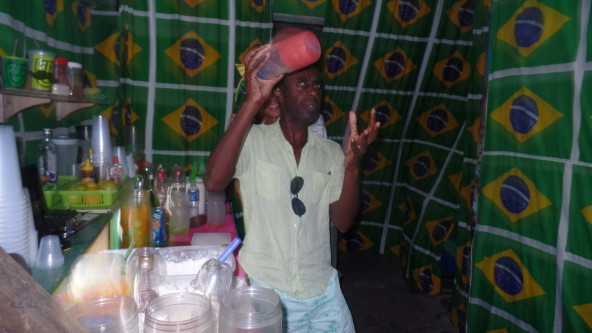 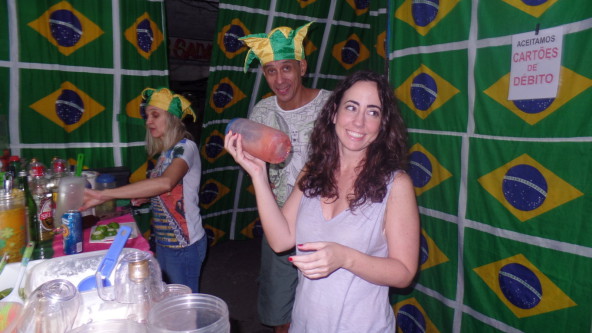 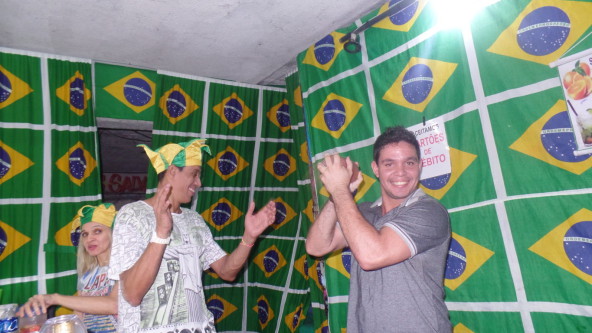