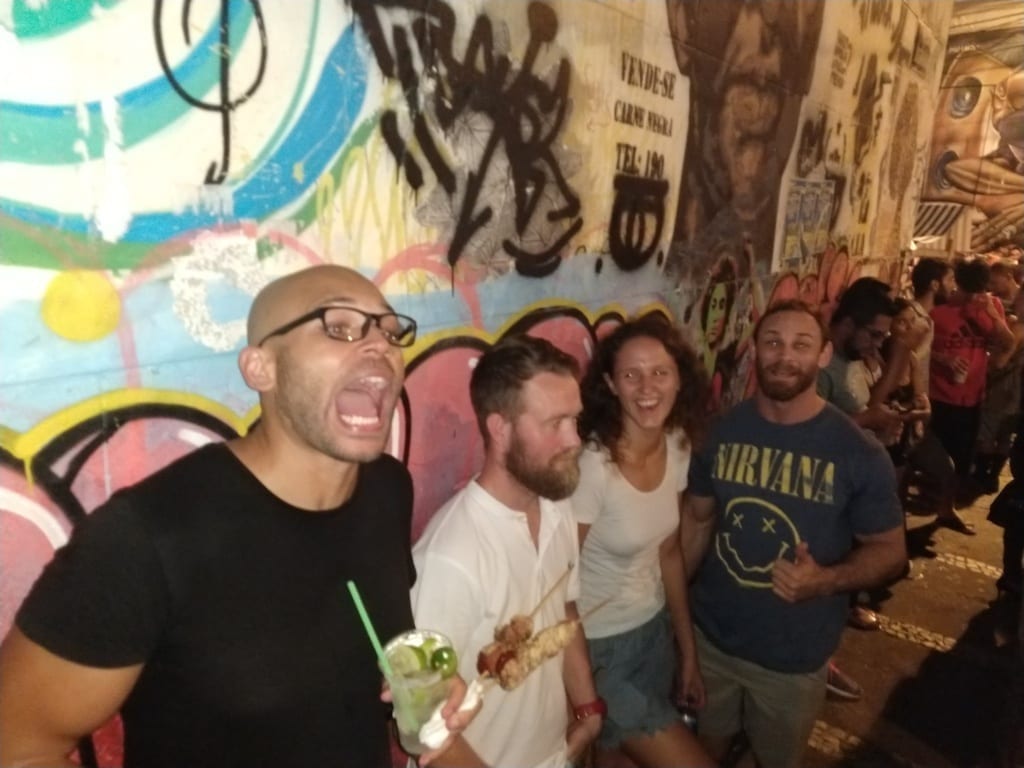 Is it possible to have samba and drinks on Monday? Indeed! We call it lawless Monday Samba. Even being a regular working day, in Rio de Janeiro is very common to party on Mondays too. That’s what we did, we visited Pedra do Sal, one of the most popular places here to listen and dance Samba. Actually people call this place Berço do Samba (The Samba Craddle), because it has its origins there, the place where samba was born, basically.

Our Portuguese students could try this amazing environment and know a little bit more about the city’s history and Afro Brazilian culture. A real good vibe for them to enjoy and put their Portuguese in practice, they could also get to know each other even better because there were some new students there and some others who came along as guests to enjoy with us! A great way to start our learning week with a lawless Monday samba!

See more of this great event on our Facebook page: