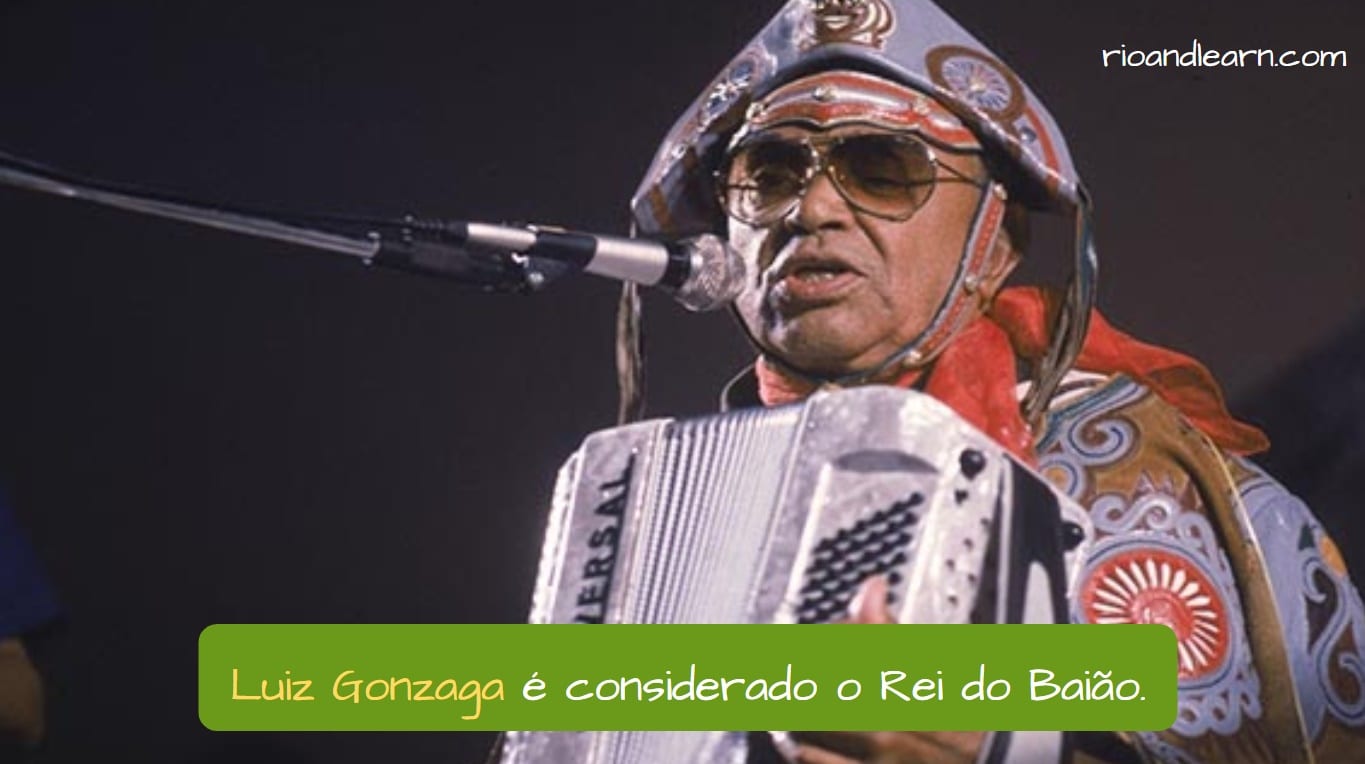 Hey, galera?  You all ok? Today in our Dica we are going to talk about the Brazilian singer Luiz Gonzaga. One of the most famous artists in Brazil.

Luiz and his career

Luiz Gonzaga do Nascimento was born on December 13th, 1912 and died on August 2nd, 1989. He was a Brazilian singer, songwriter, musician and one of the most influential figures of Brazilian popular music. He has been credited for having presented the rich universe of Northeastern musical genres to all of Brazil, having created the musical genre baião and has been called a revolutionary by Tom Jobim.

After ten years serving in the army and travelling around the country, Luiz arrived in Rio de Janeiro in 1939, a fellow soldier suggested he should play in the bars around the city to make a few bucks. After making a name for himself in the bars in the port region and Lapa, in 1941 he was invited to record his first album. He continued to record different albums and great songs such as Asa Branca, Baião, and Assum Preto.

Here in Rio de Janeiro there is an indoor market which celebrates all of the rich northeastern culture, known as Feira de São Cristóvão but the official name was given in homage to this great artist, Centro Luiz Gonzaga de Tradições Nordestinas. People go there to try northeastern food, drinks, listen to music and dance.

Asa Branca is the greatest song written by Luiz Gonzaga, it was originally released in 1947. According to him, this song was born with folk roots. With the lyrics by Humberto Teixeira and music by Luiz Gonzaga, Asa Branca talks about the suffering of the people from the interior countryside of the Northeast of the country with the big droughts that affect the region. Let’s see a video clip of this song:

After five years fighting against cancer, Luiz died in 1989 in his birth place, Recife. Even after his death he has been recognized as one of the greatest artists in Brazil. In 2012 to celebrate 100th birthday a film called De Pai para Filho was released talking about his career, youth and the problematic relationship with his son, Gonzaguinha who also had a really successful career as a samba singer.

Some Curiosities About Luiz Gonzaga’s career

That’s it, my friends! We’ve learned some facts about the Brazilian artist Luiz Gonzaga.

See you next time!
Bye, bye!