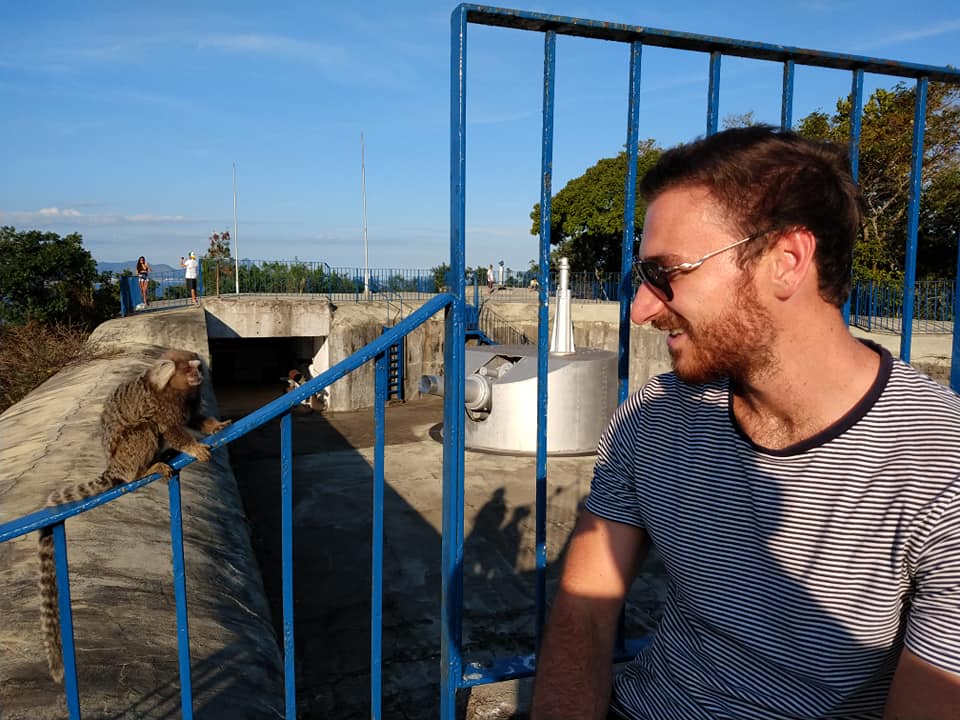 Yesterday we visited Forte de Leme with RioLive!, which was an amazing experience. From there we were treated to a panoramic view of Sugarloaf Mountain, Niteroi and Copacabana, free from the hoards of tourists and accompanied by a couple of monkeys.

Besides learning Portuguese at Rio & Learn, it’s also possible making friends at Leme. This is so true, that you get the opportunity of making friends at Leme such as people and animals too. You can do it at Forte do Leme, in this RioLIVE! we had the chance to explore this amazing place with nature and great views.

After small hike through the forest and reaching the top, we were admiring the view of places as the Sugar Loaf and Copacabana Beach. While doing that and practicing Portuguese, some friendly and cute little monkeys came by and interacted with our Portuguese students. Take a look:

They just loved this experience and this is a place that they recommend to be on everybody’s bucket list. See more of this RioLIVE! Activity on our Facebook page: