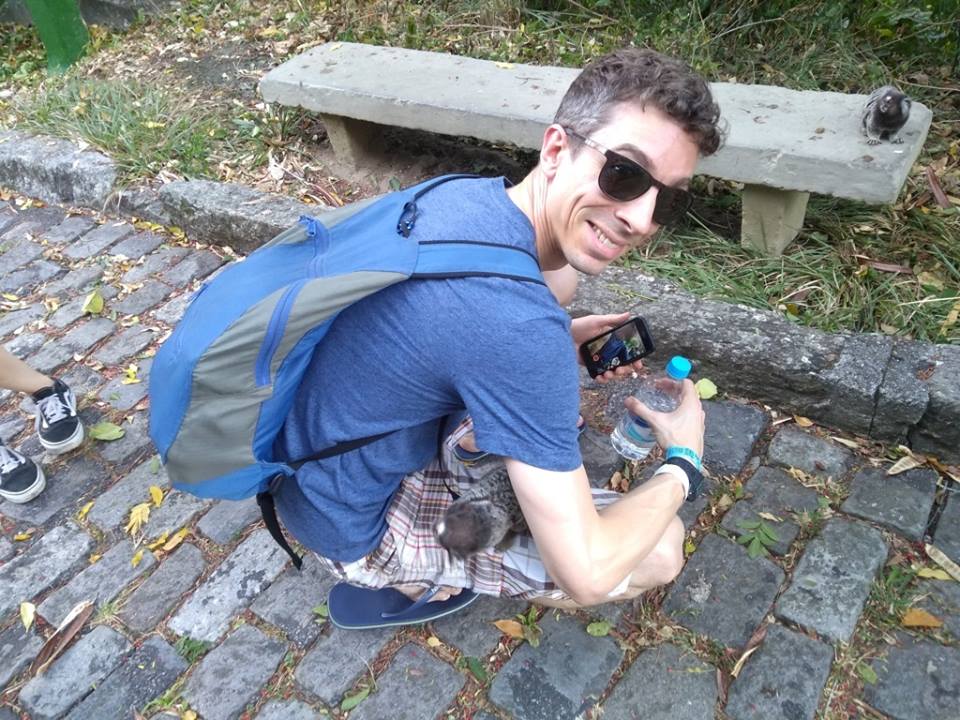 Visiting Forte do Leme was great experience for me! The small inside the nature is really good, seeing the small monkey was one of the best parts and experiences for me, never this contact before. At the top, the other students and I had one big taste of one more view in Rio Janeiro, besides practicing my Portuguese.

Have you ever been to Forte do Leme? Our Portuguese students have. A perfect place to have micos, views and Portuguese. Many people know Forte de Copacabana, it’s the most famous one, but Forte do Leme has many things to offer too. We started this activity doing a good hike inside the nature of the place.

During our way, some cute little monkeys came to say hello to us. For our students, that was great, because it was the first experience having this kind of natural contact for most of them. Reaching the top, they could have a nice view from Leme and Copacabana Beaches, also the Sugar Loaf. A good way to have fun and spend the afternoon with micos, views and Portuguese. See more of this RioLIVE! on our Facebook Page:

Come to Rio & Learn and take part in our RioLIVE! Activities