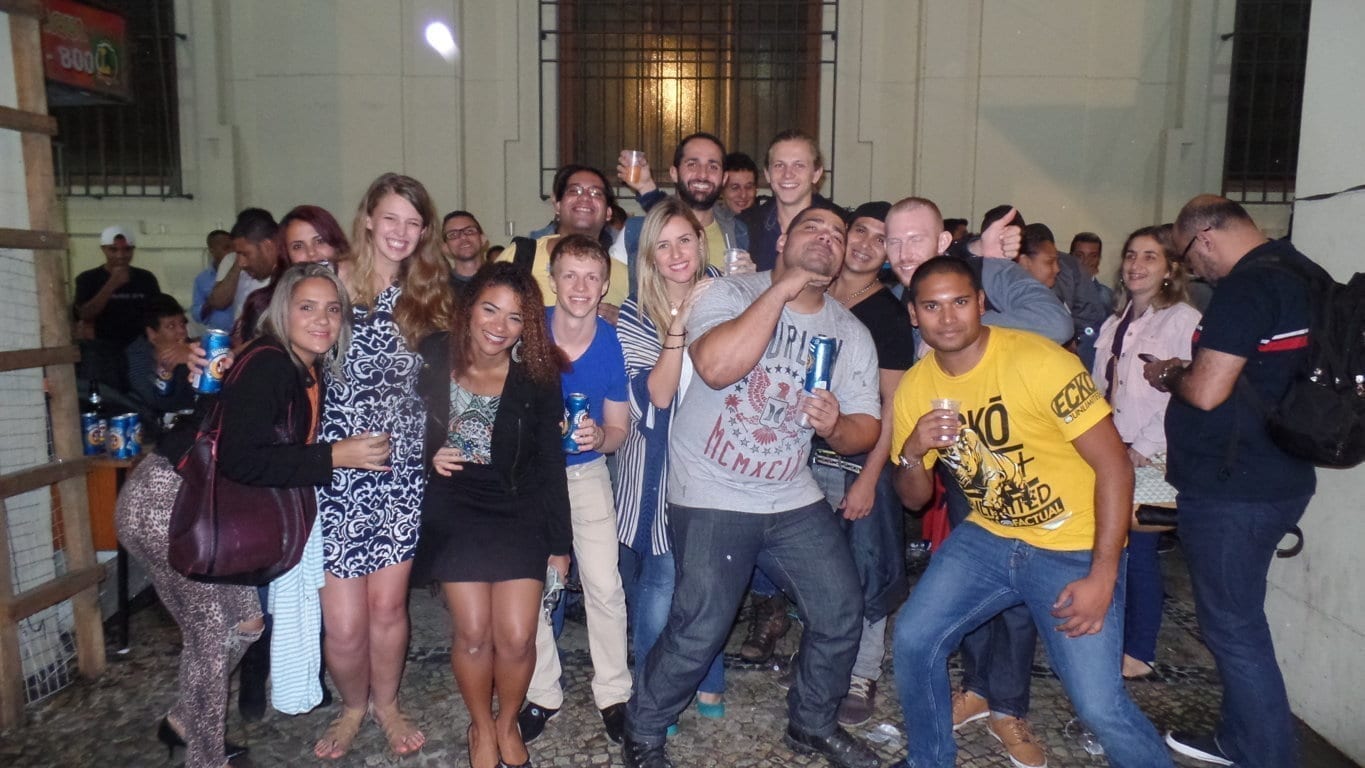 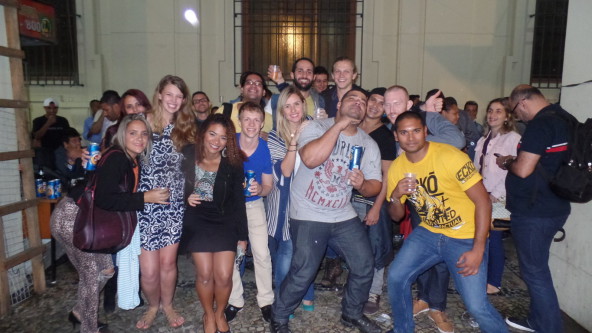 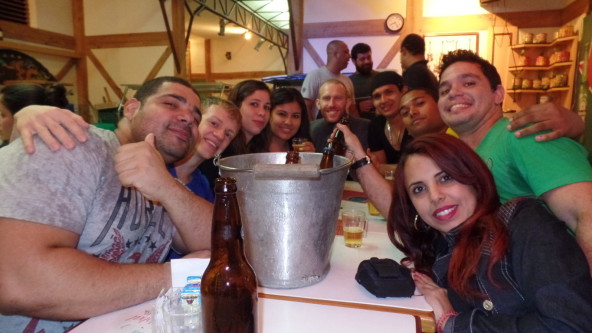 Last Friday we had a fun night downtown in Rio de Janeiro. Our initial plan was to enjoy a night out with a lot of samba at Pedra do Sal, but the rain made us change our minds. And who said Rio de Janeiro has no options when it rains? We were excited with the possibility to dance some samba, and no amount or rain and “cold” would change our minds, or put us down.  So we gathered in Copacabana and took the subway downtown, to Global Café, which is a bar with a roda de samba.
During the breaks, the rhythm changed to Funk, and that was awesome, since our students love the combination between both rhythms. We took this opportunity to talk about all the construction work that is being done Downtown for the Olympic games, and this way we could practice our Portuguese. After many beers and caipirinhas we only wanted to dance and have fun! The night was long, and after the bar we finished our night enjoying ourselves at a club in Lapa. It was a great night downtown.
Come have fun with us taking part in out RioLIVE! Activities. 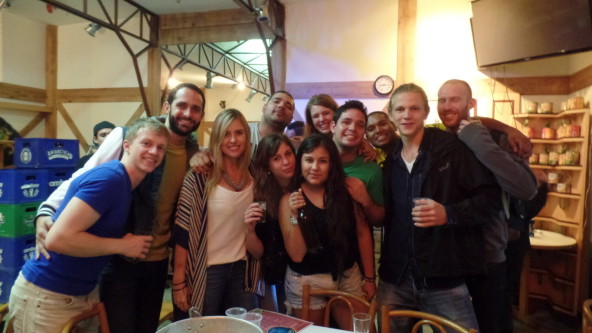 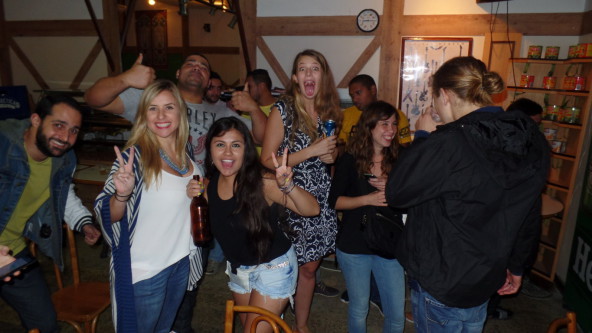 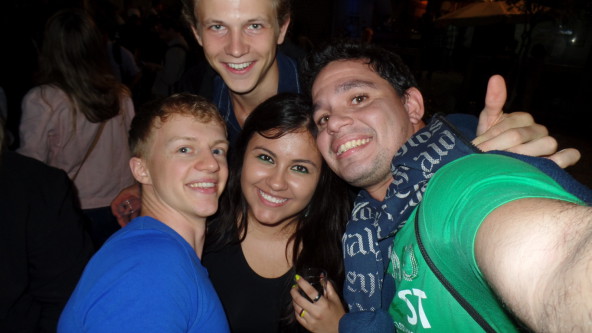 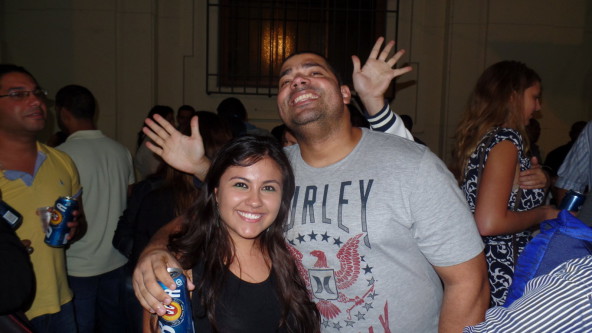 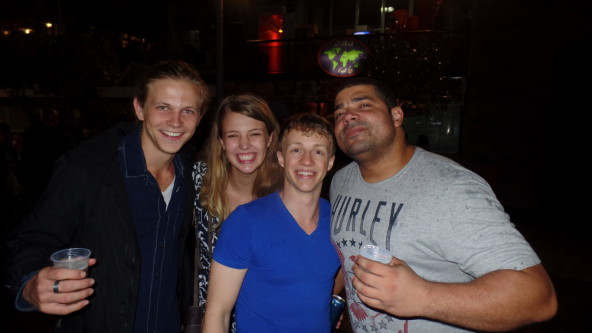 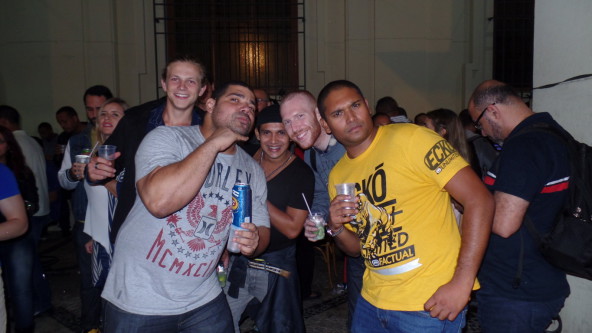 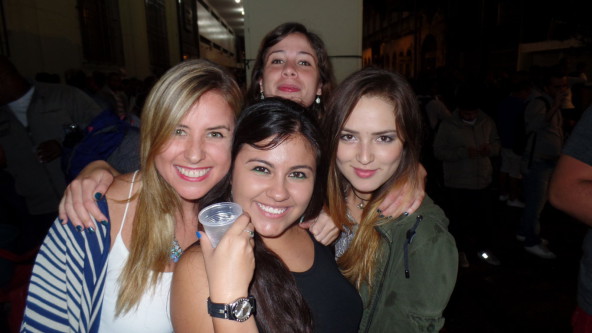 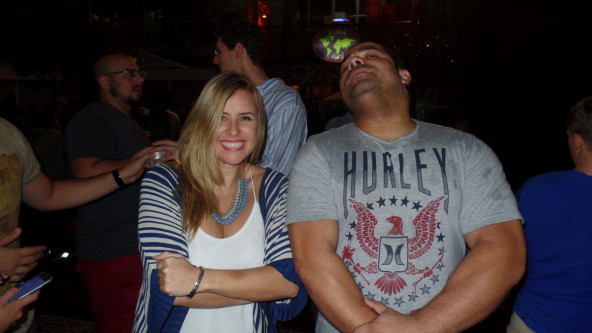 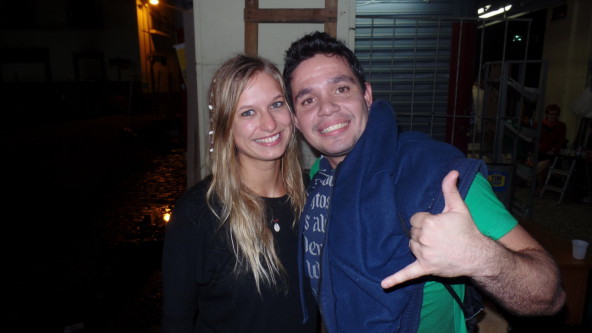 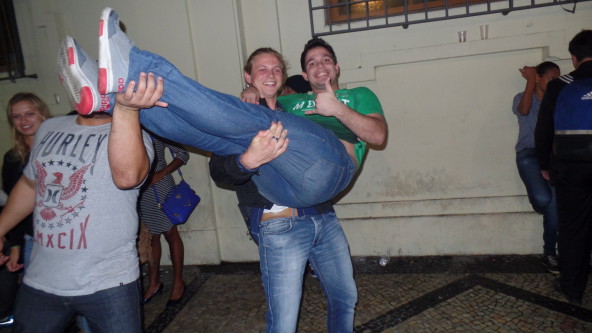