On top of Leme Hill there’s a view 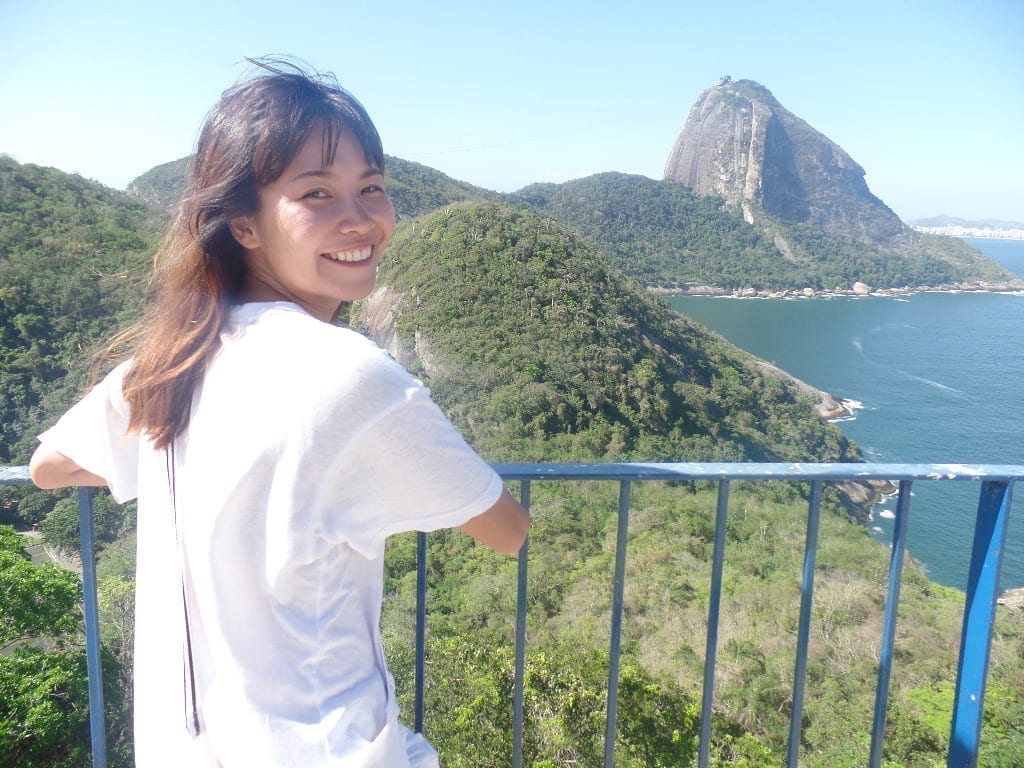 Leme Fort and it’s surroundings are a must visit, the place is steeped in history and has excellent views. The entrance was free on this occasion and after a moderate uphill walk of 15 minutes taking in the views out to sea we reached the peak. Probably the best view of Copacabana you will get, the peak also has the “big guns” in the fort which were pretty cool and hardly any people. There are monkeys residing in the fort and they came, said hello and posed for photos with us. The way down was much easier, and a well deserved refreshing drink was waiting for us at the beach.

It’s difficult to imagine that in Copacabana there’s a place where you can breath in nature, but actually there is. Walking up on the curved street only takes about 30 minutes and once you make it to the top, the view is breathtaking. For our RioLIVE! activity this time we took a group of students up there to enjoy the sunny bright day. As we made our way to the top, we had chats in Portuguese and learned vocabulary related to the surroundings. When we got up there, we had the whole place just for us.. but not for long! The monkeys (In Brazil we call them micos) came to say hi. Are you curious now? Come along next time! On top of Leme Hill there’s a view!