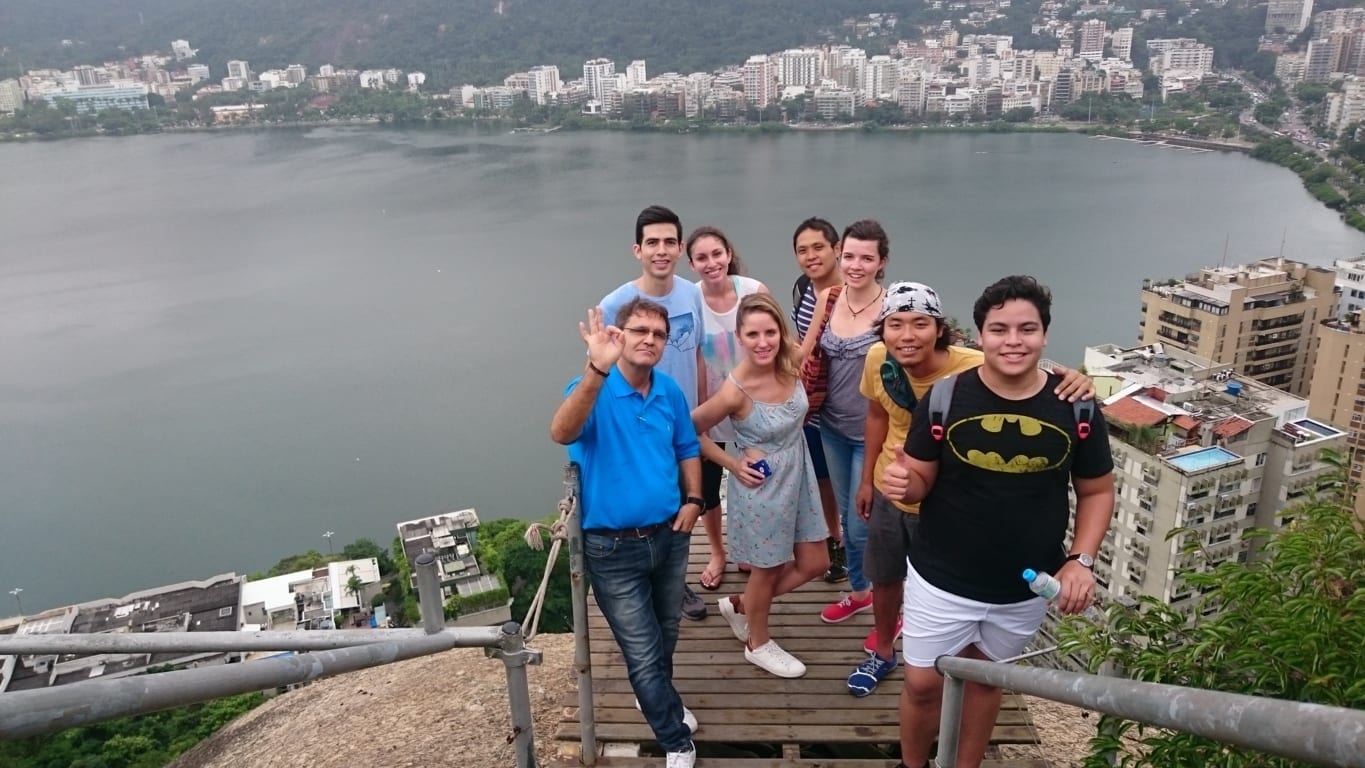 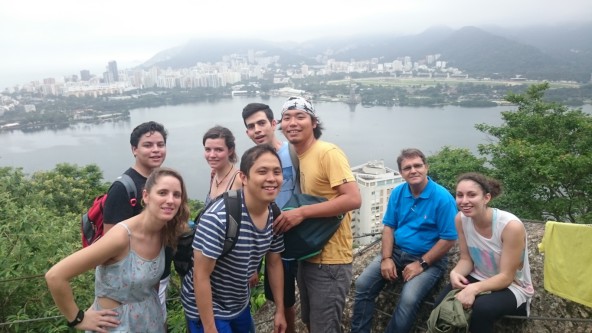 Even with the cloudy day we did our Parque da Catacumba trekking with our Portuguese language students, it was last Wednesday.

We did a nice picture at the entrance of Parque da Catacumba and after that we started our trekking to the top of the morro.

We were eight people with students from USA, Japan, Germany, Italy, Mexico, Venezuela, Phillipines and Euskadi (Basque Country), so all our students were from a different country and all of them were studying Portuguese in Rio de Janeiro 😉

Even that the Parque da Catacumba trekking was looking like a difficult one, it is not. Our student Antônio was not sure about the trekking but at the end he was the first of the group, leading the way. Even our student Ally from the States did it with chinelos!

With Parque da Catacumba trekking you enjoy the view from two different points, see below our wonderful pics even that it was a cloudy rain. 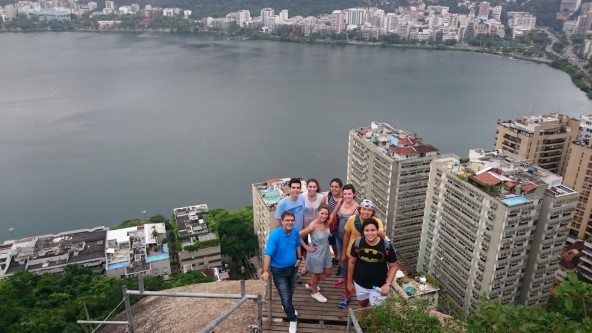 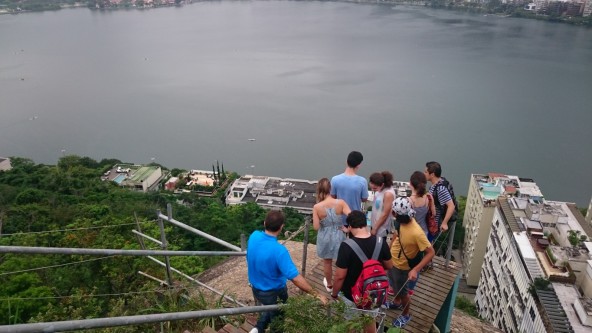 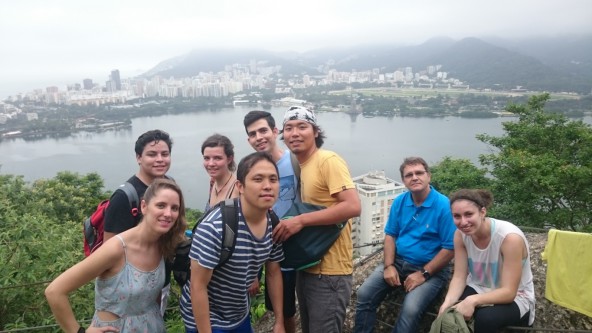 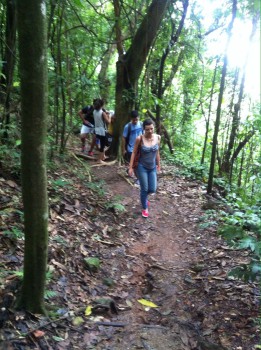 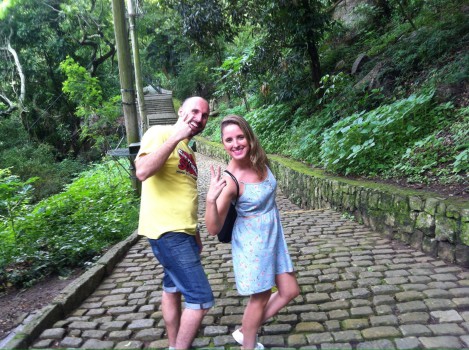 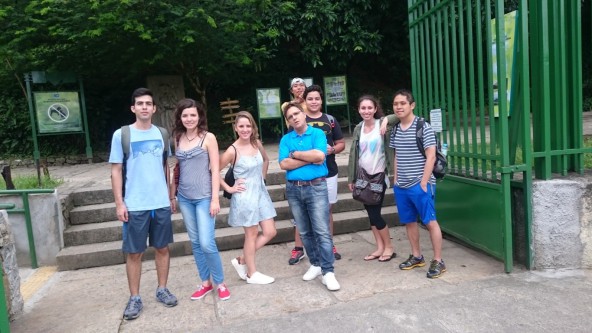