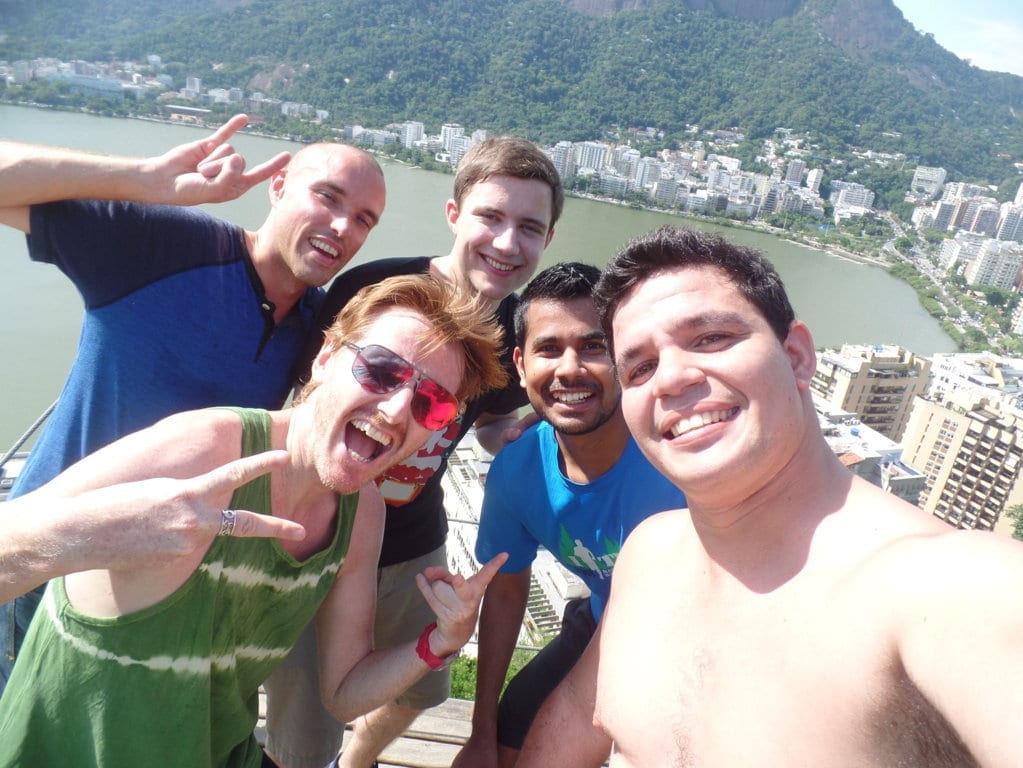 Sebastian, Neil, Loic and I had a wonderful opportunity to go to Lagoa with our very own Pablo Roberto from RioLIVE! The short hike on Parque da Catacumba was pleasant with breathtaking views of Rio de Janeiro. While Sebastian, Neic and Pablo went cycling around Lagoa, I chose to run instead. Albeit the heat, I had fun running in Lagoa 🙂 Pablo showed off his skills in Damas (Draughts) and was a very kind guide 🙂

Yesterday we had a great RioLIVE! at Parque da Catacumba. We started with a little walk by a 15 minutes hike in which we enjoyed ourselves a lot and spoke a lot of Portuguese. At the top of Parque da Catacumba it is possible to have an incredible view of the marvelous city. The day was also perfect with a lot of sun and our pictures were beautiful. 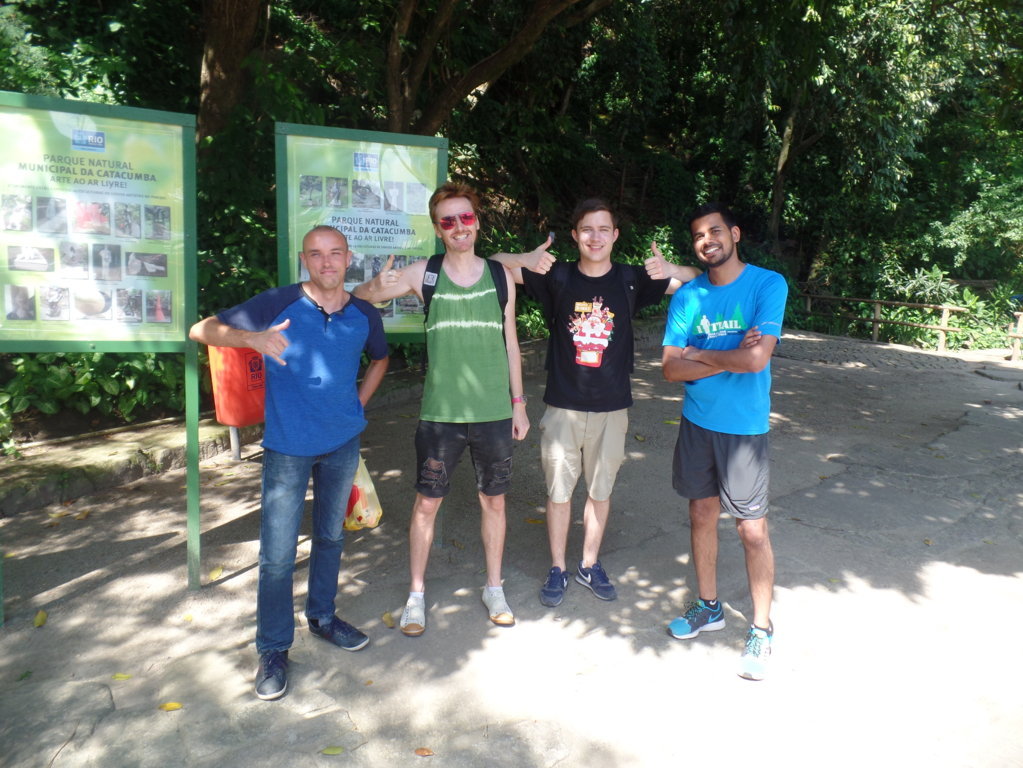 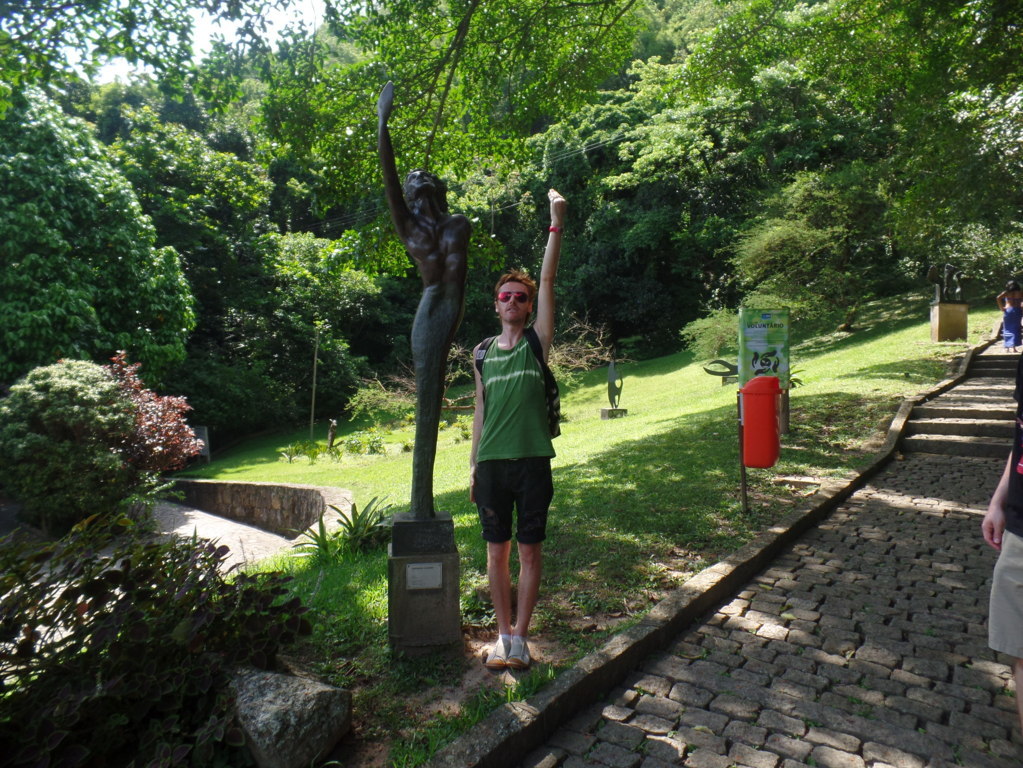 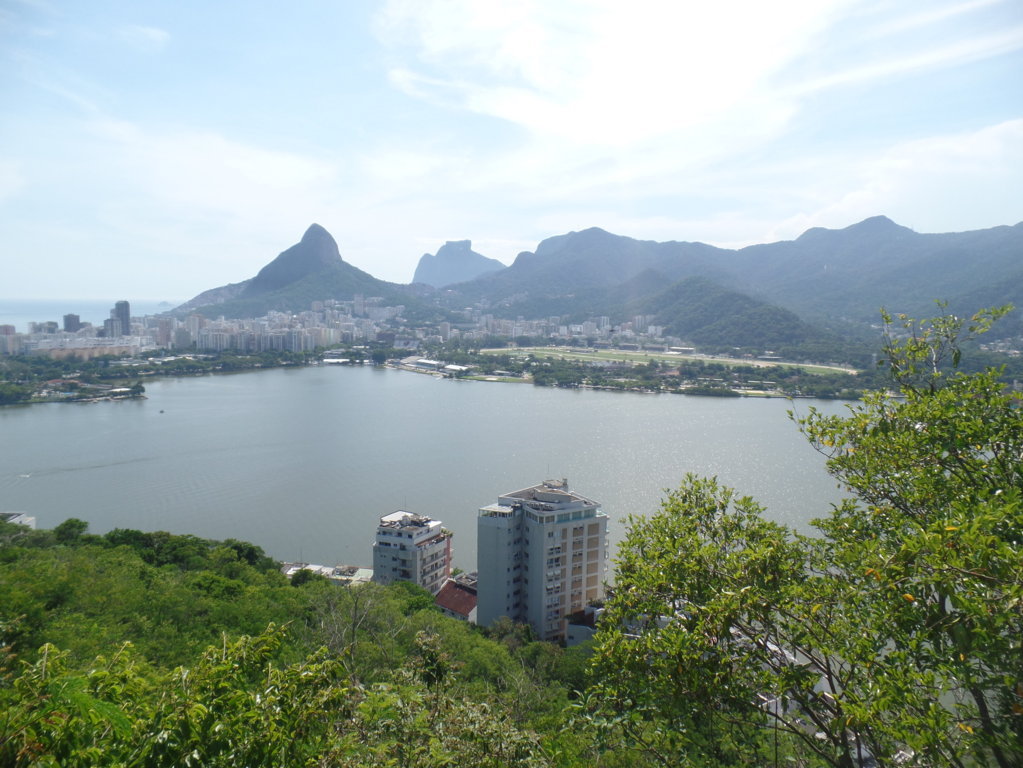 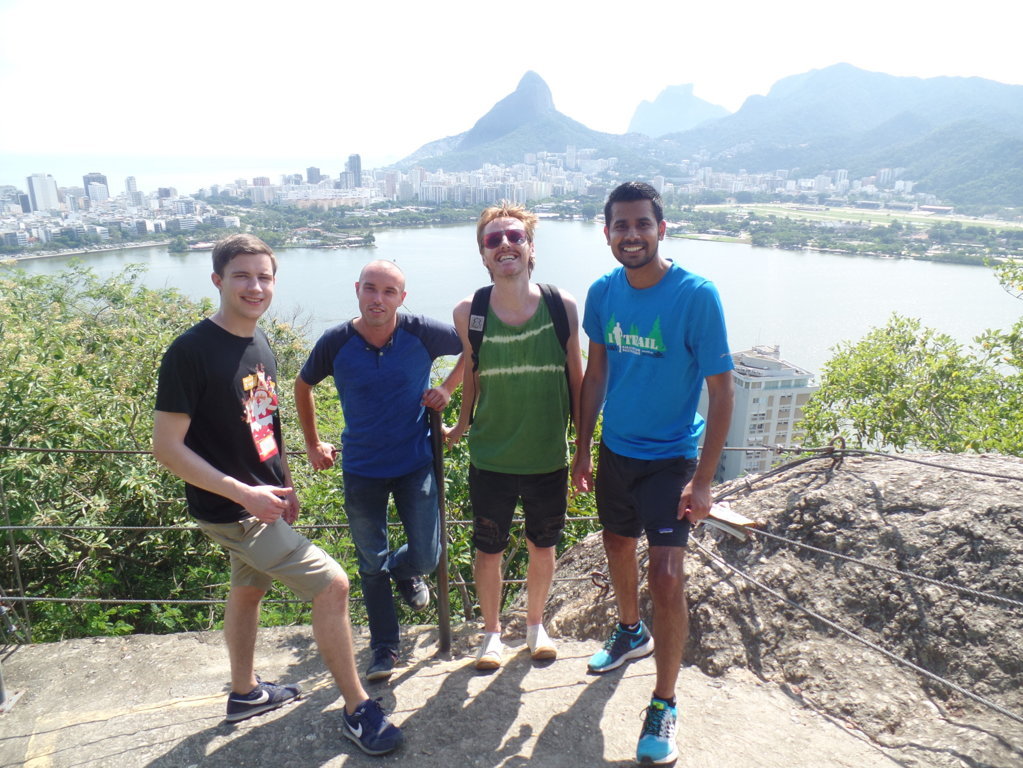 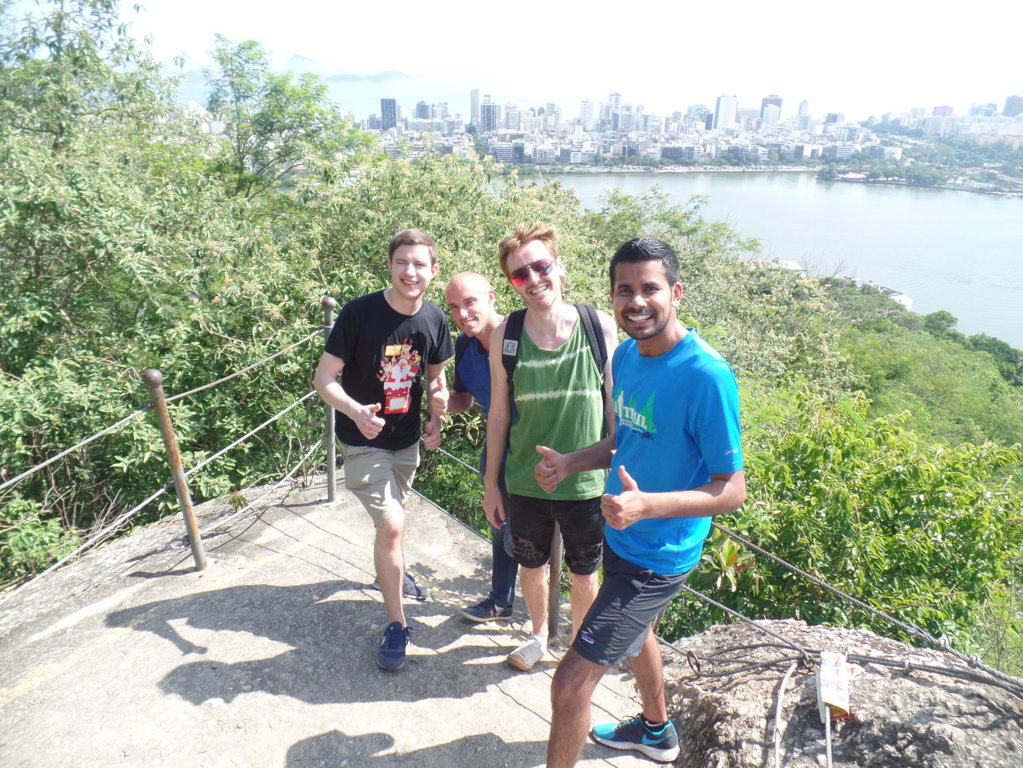 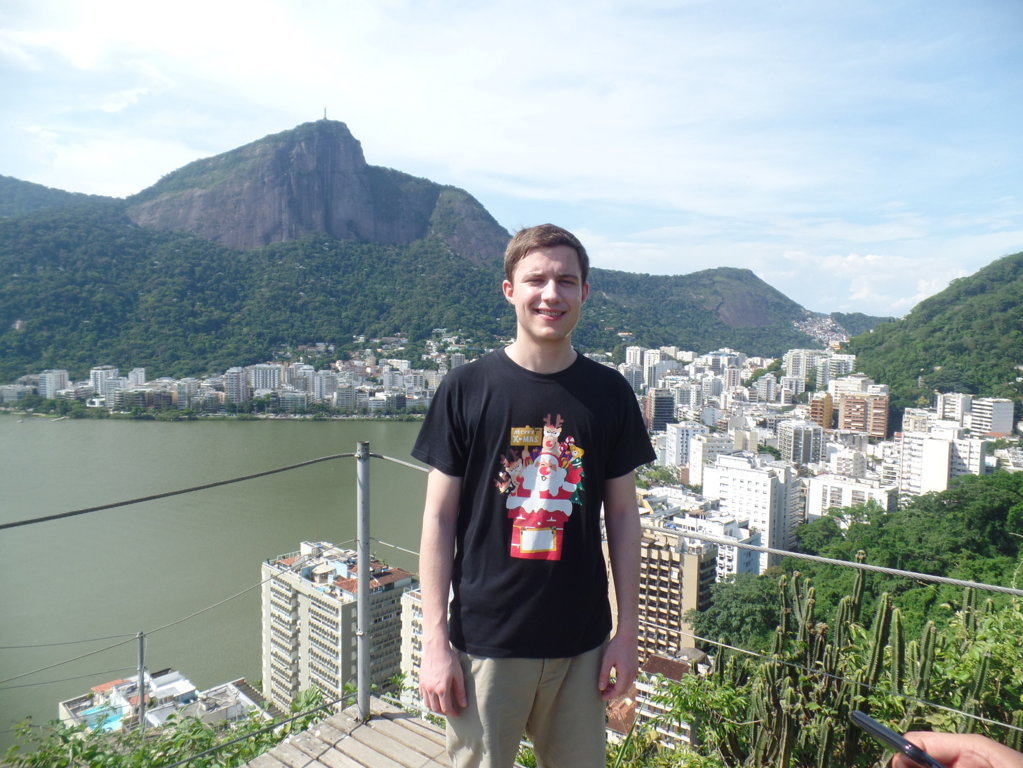 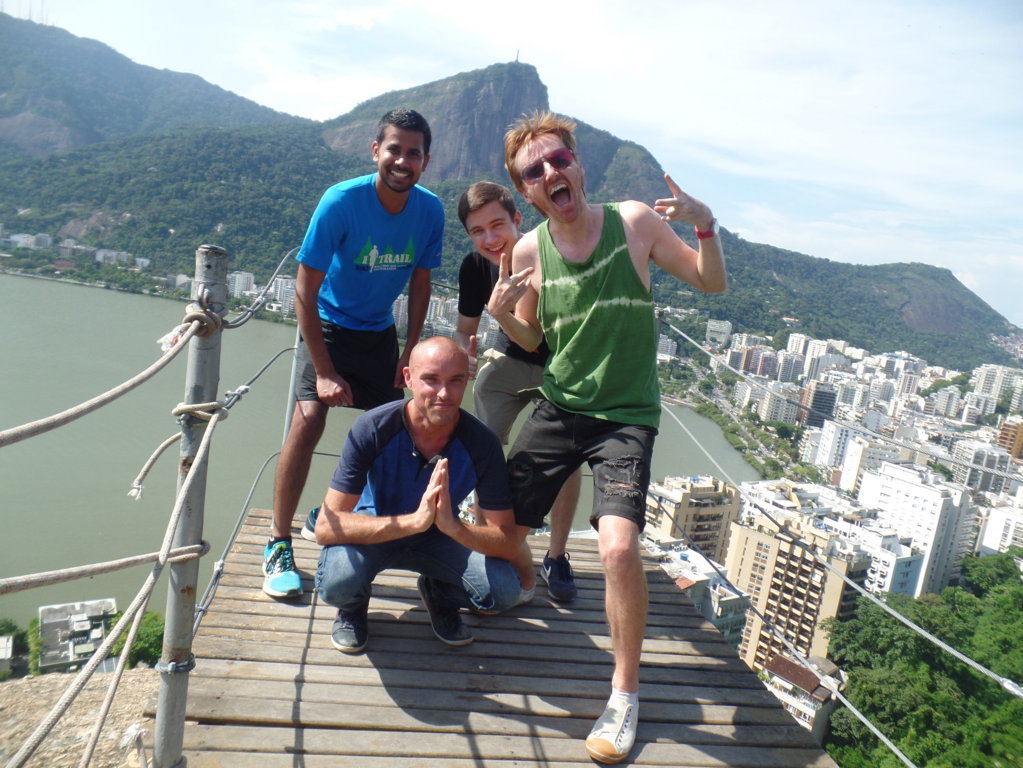 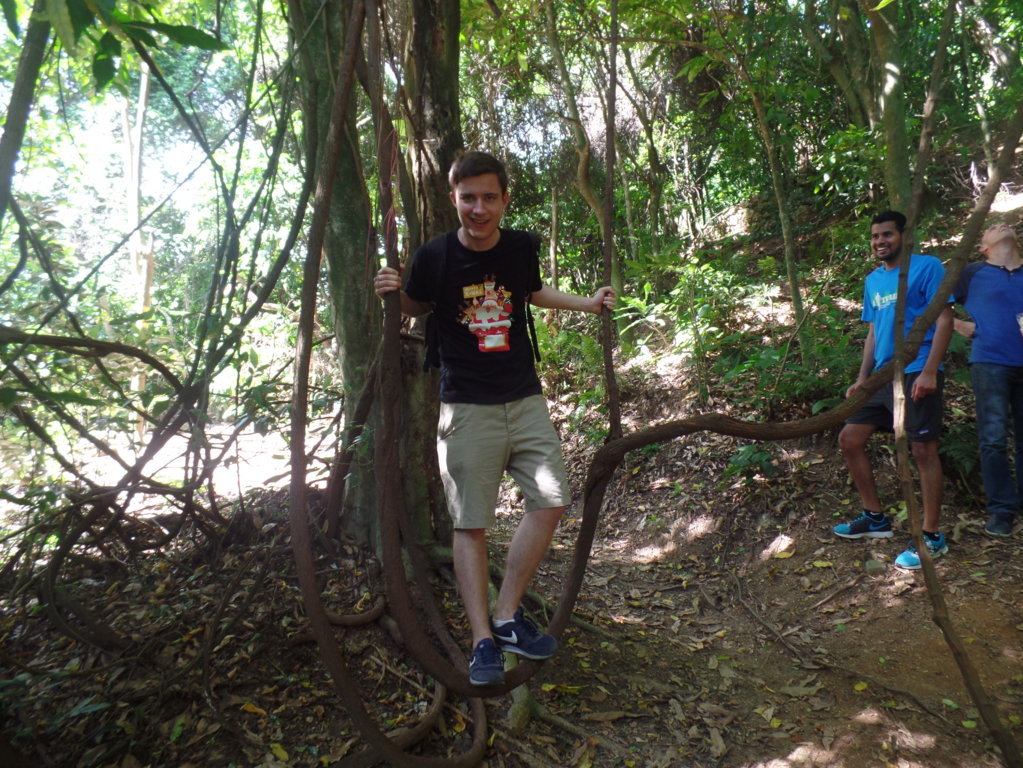 We played checker to relax and the rhythm of the competition was very cool. The teacher won all the matches. 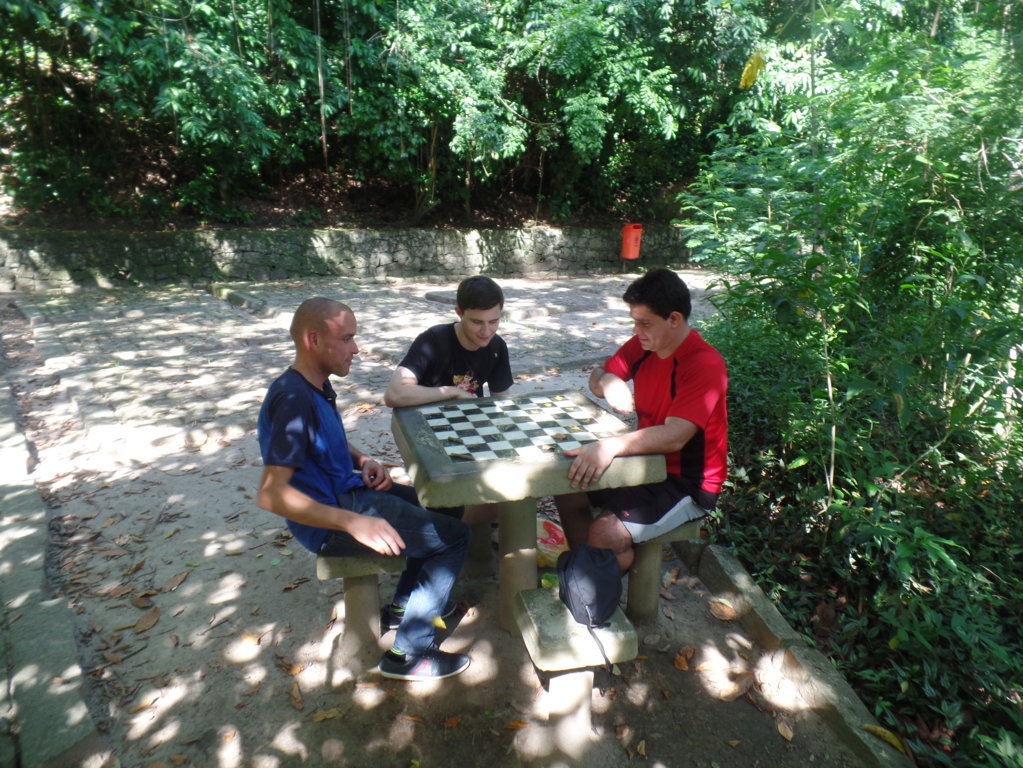 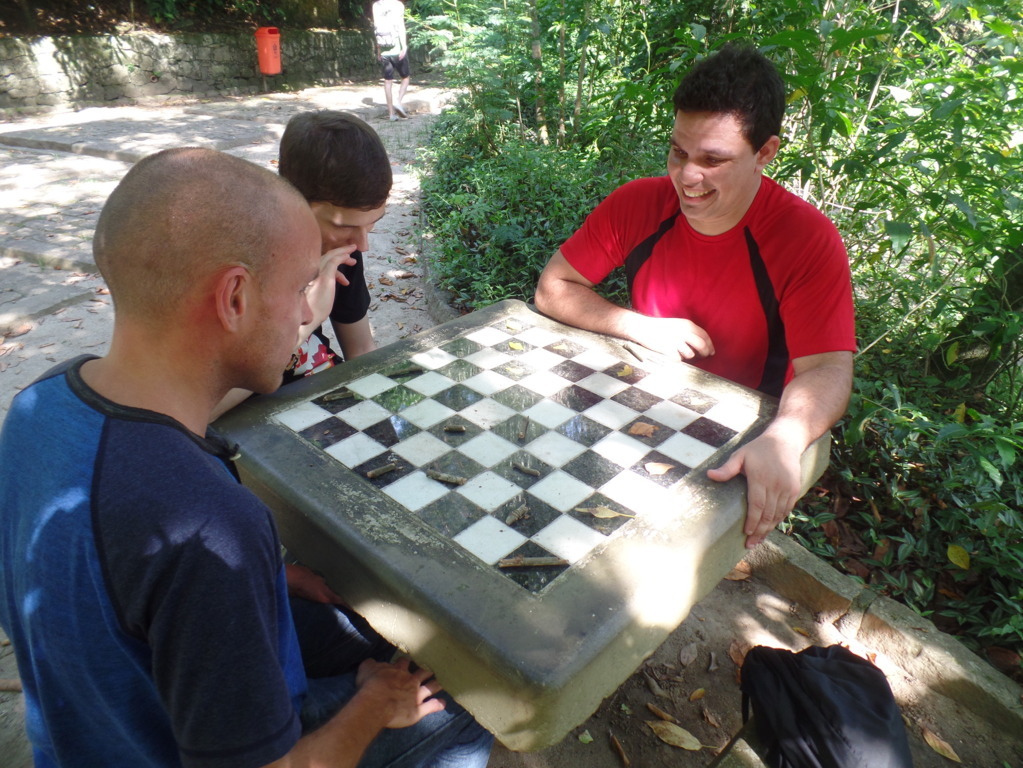 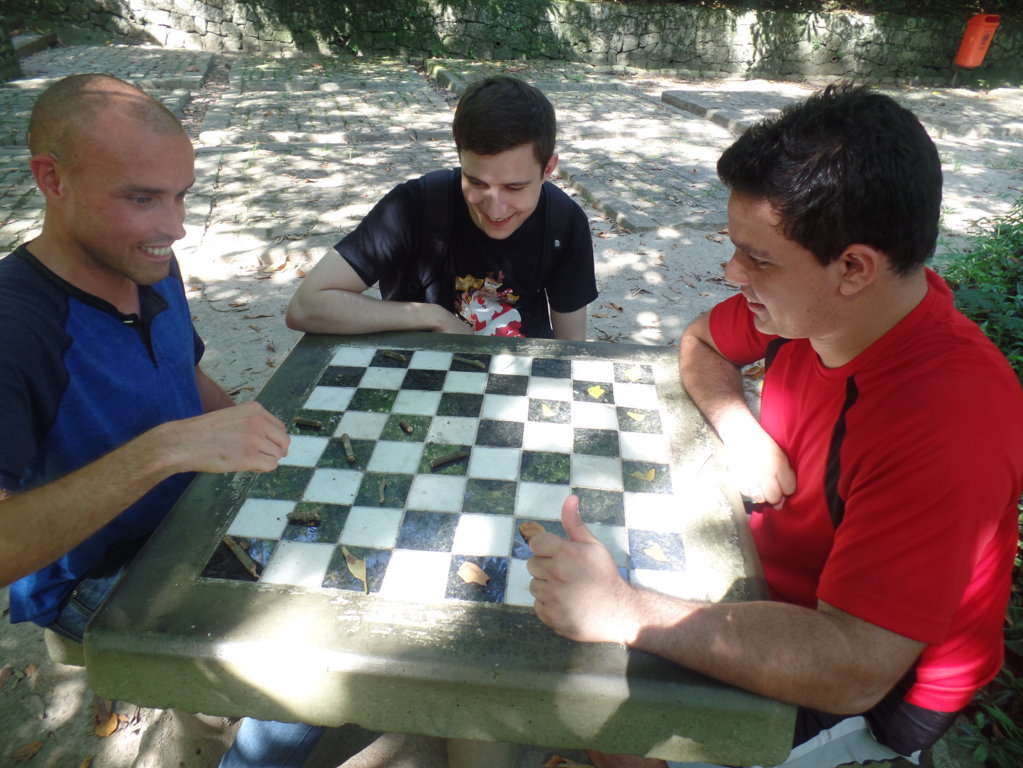 After that we went to Lagoa Rodrigo de Freitas to ride our bikes. The place is great to practice sports. Then, we gathered with some cariocas and challenged them to go all around the Lagoa with us. We did it and stopped to relax drink some coconut water. 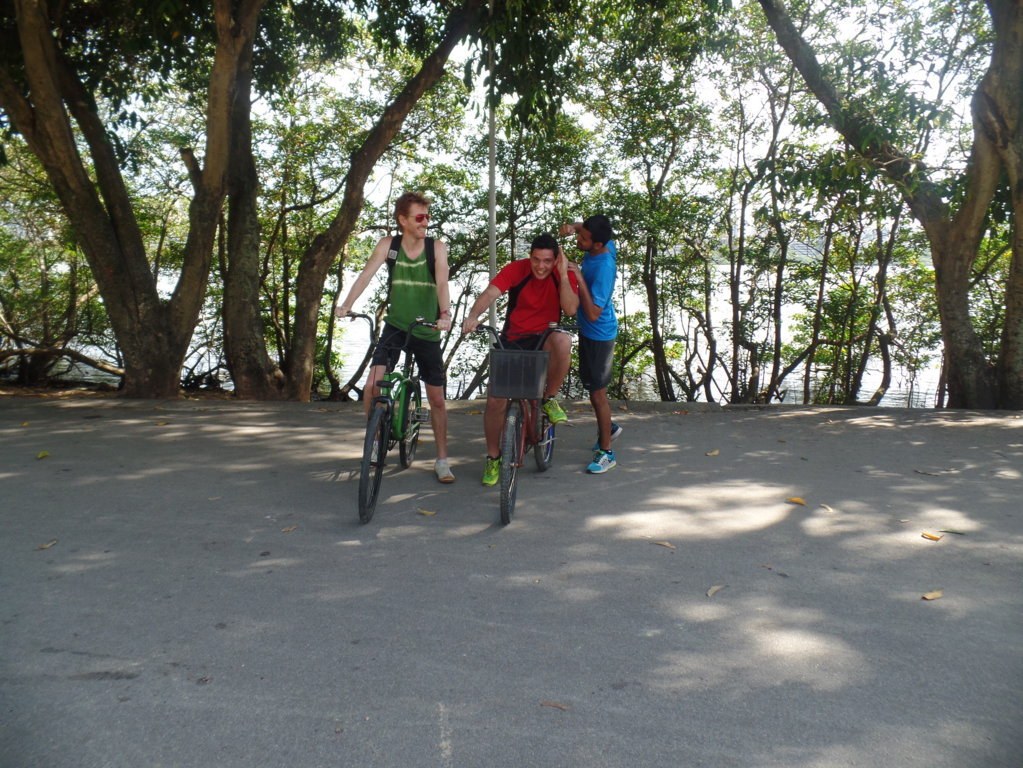 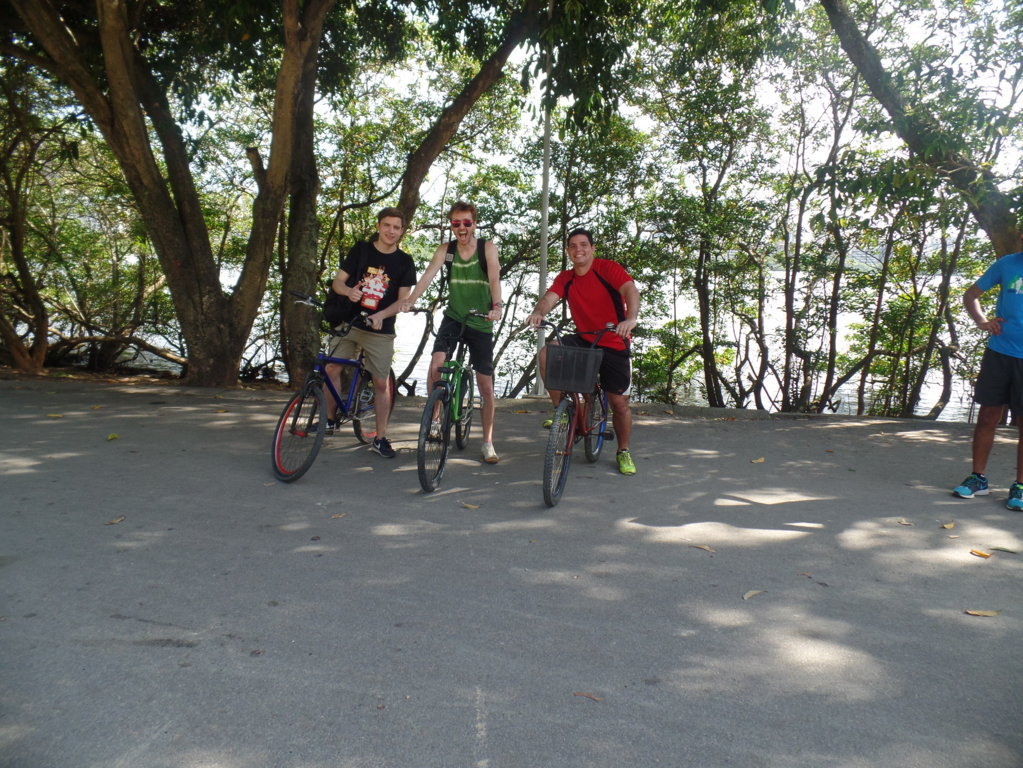 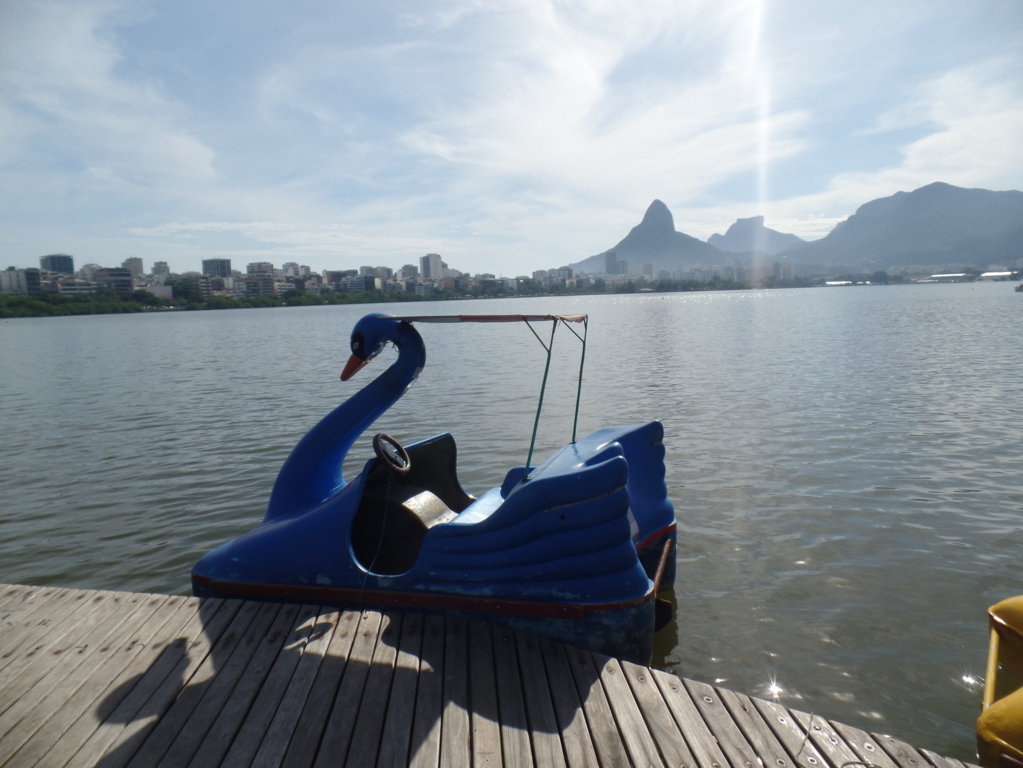 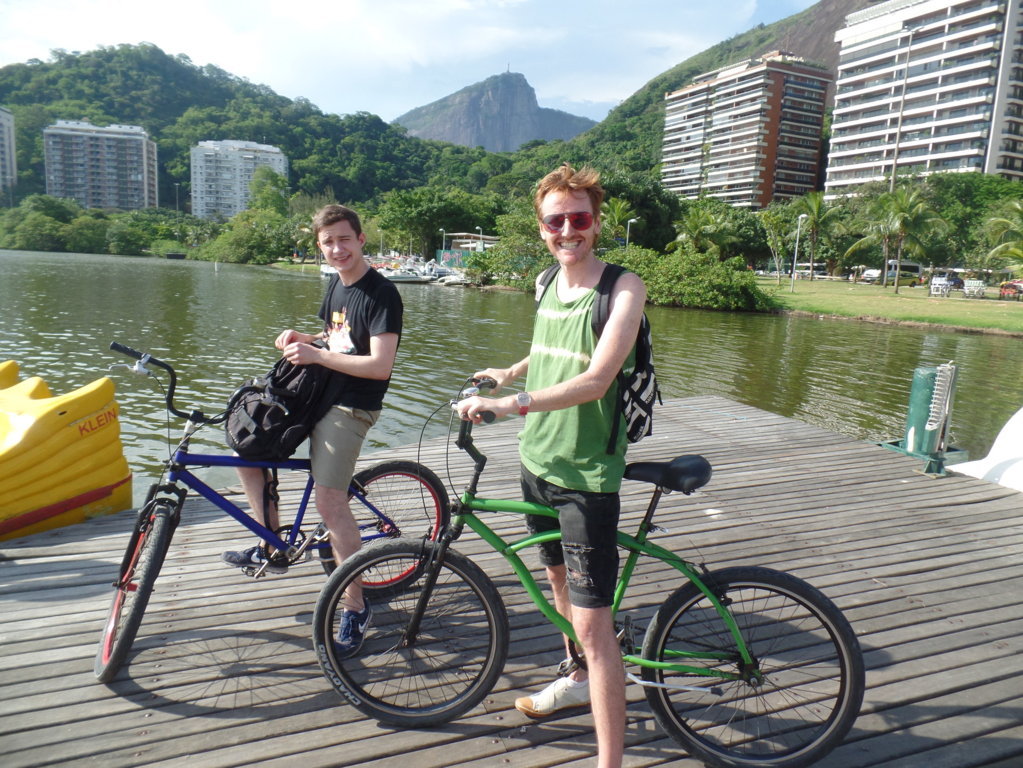 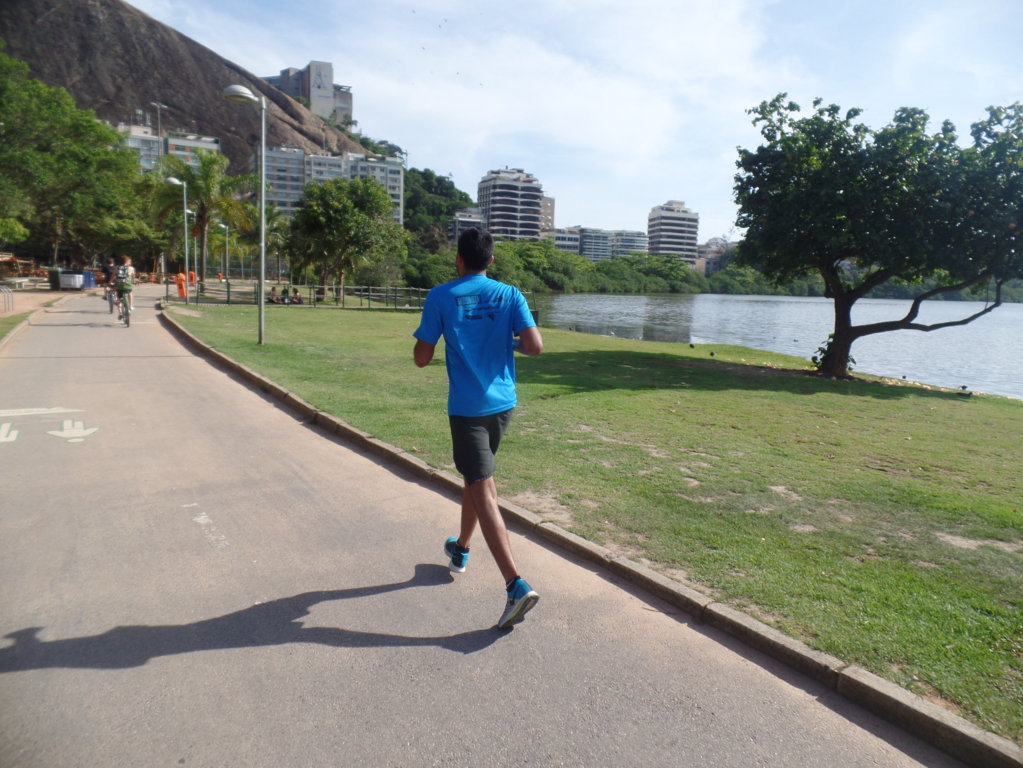 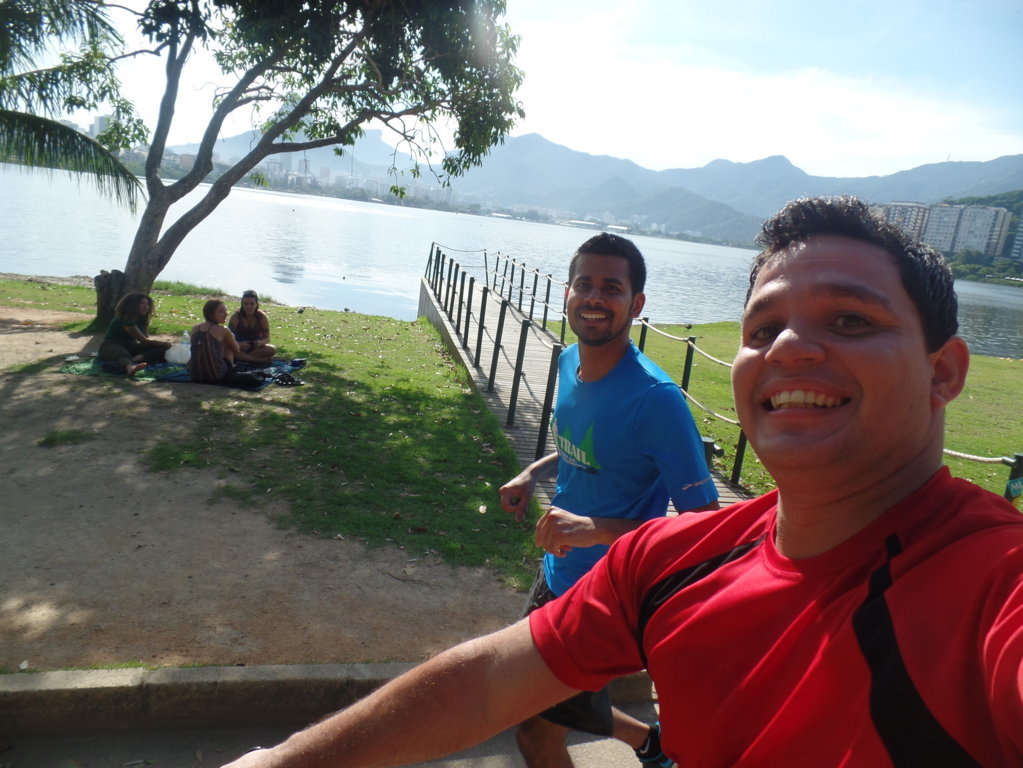 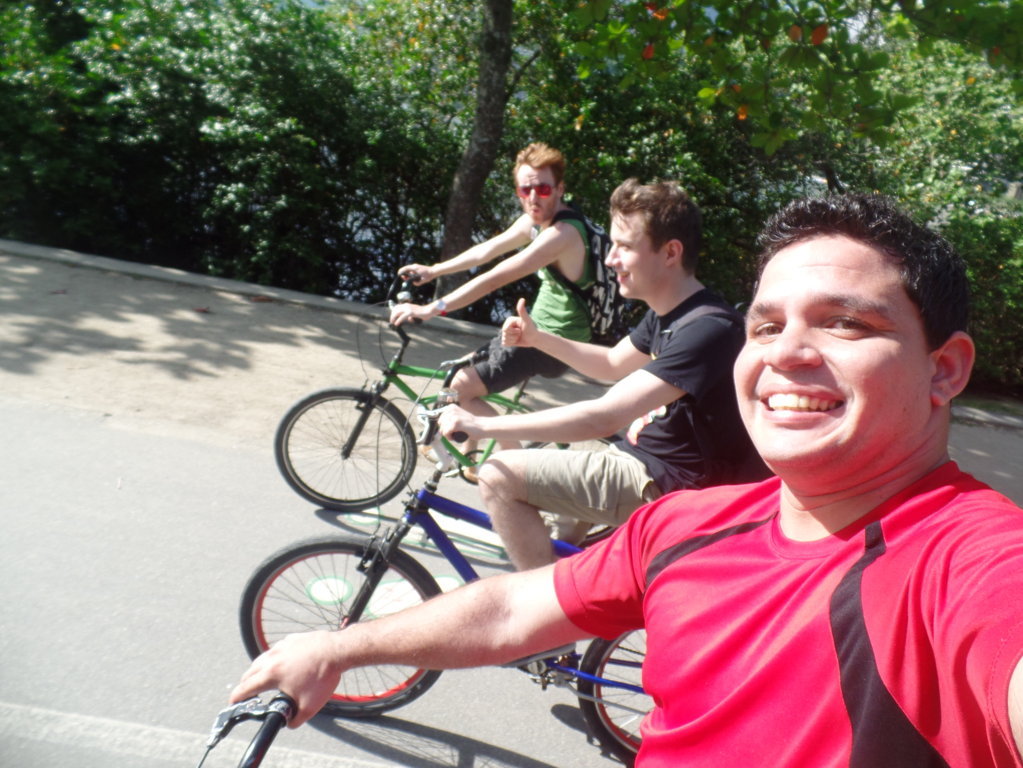 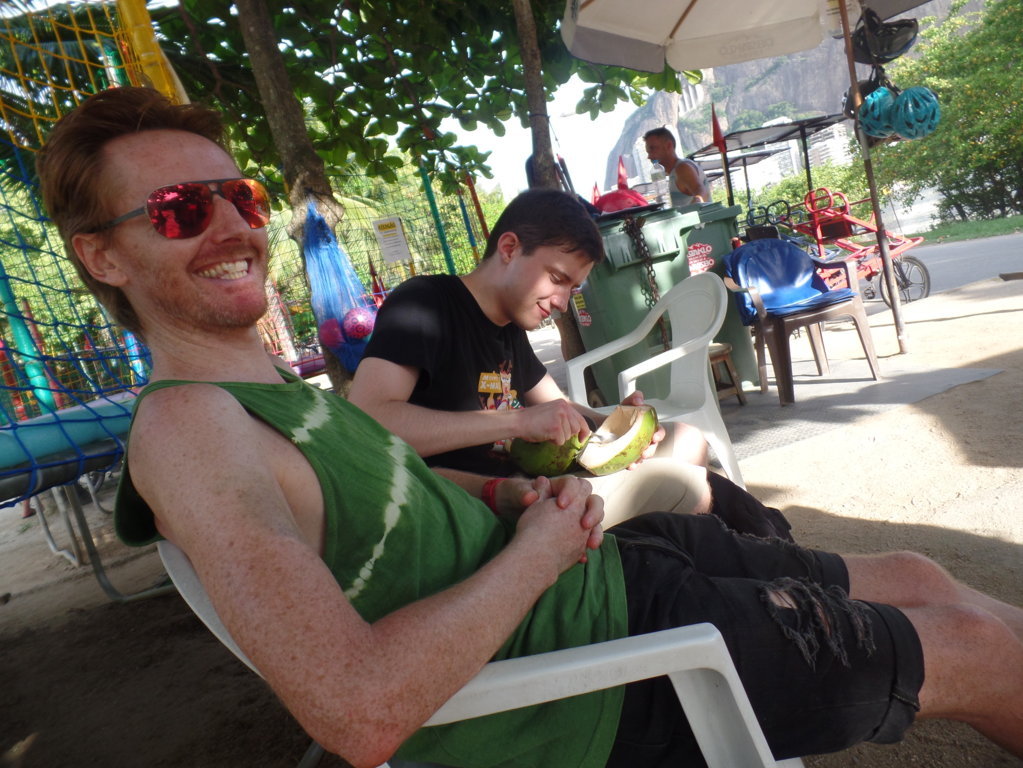 Come and meet Rio & Learn and participate on our RioLIVE! Activities

Check the links below and see our last RioLIVE! Activities :