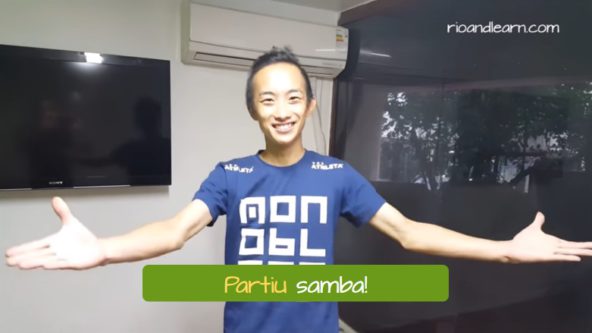 Hey there!
Have you ever heard the word partiu in Brazilian Portuguese?

It comes from the verb Partir (leave), and we use it to invite people to do something. It’s an informal way to invite them. It’s like saying let’s go! So, let’s see some examples!

That’s all, fellas!
You can find many other Video Dicas on our YouTube channel. Subscribe and stay tunned.

A warm hug to all of you!
We’ll see you here in Rio de Janeiro!