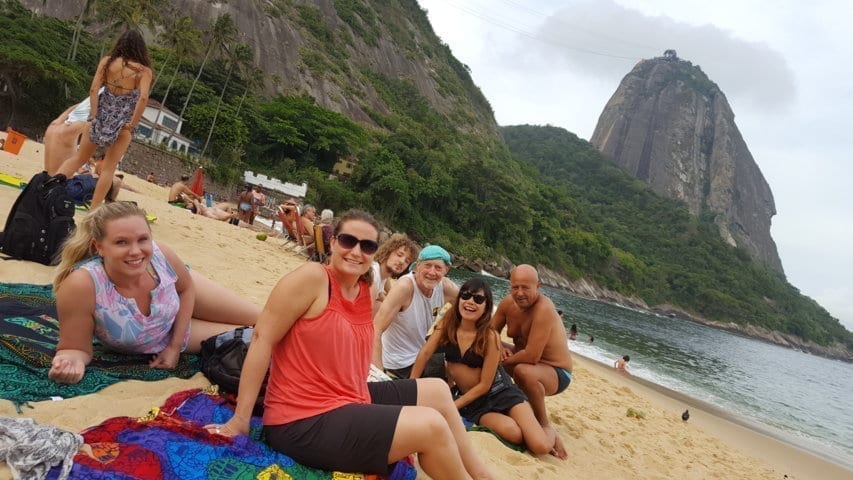 Yesterday was a wonderful RioLIVE! activity to Urca neighborhood. We went to Praia Vermelha first and spent time enjoying the beach, ocean and incredible view of Sugar Loaf. Then we had a great walk through beautiful streets and cute houses to our final stop to enjoy beers and chat while overlooking the ocean and Botafogo. It was a nice opportunity to spend time with students in the other Rio & Learn classes and learn more about this incredible city.

Every carioca dreams about living in Urca neighborhood. It’s safe, clean and astonishingly beautiful. It’s not a surprise that our students have the same desire. After enjoying Praia Vermelha, we went for a walk around this peaceful neighborhood and took tons of pictures around it. In order to bring our RioLIVE! to a perfect end, we walked by Mureta da Urca and had some beers in the end of the afternoon.

Check out all the amazing pictures we got on our Facebook page and join us next time!