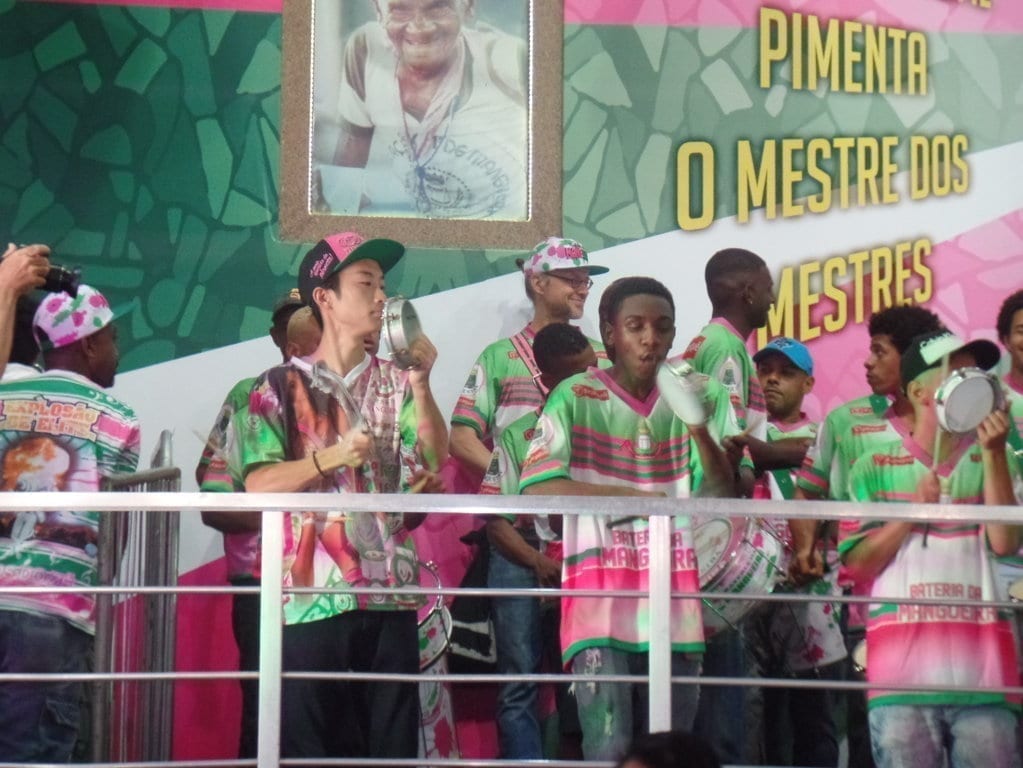 The atmosphere was electrfiyng – loud samba music, beers and dancing. The night begun with the more traditional “samba de raiz” and, after midnight, developed into the full-blown “samba enredo”, with lots and lots of drums. I would recommend going. I will certainly be going again as soon as possible.

Last Saturday night we went to Escola de Samba Mangueira court to watch our student Yasuhiro playing with the Mangueira drum section. It was a great integration of our students with the world of samba. 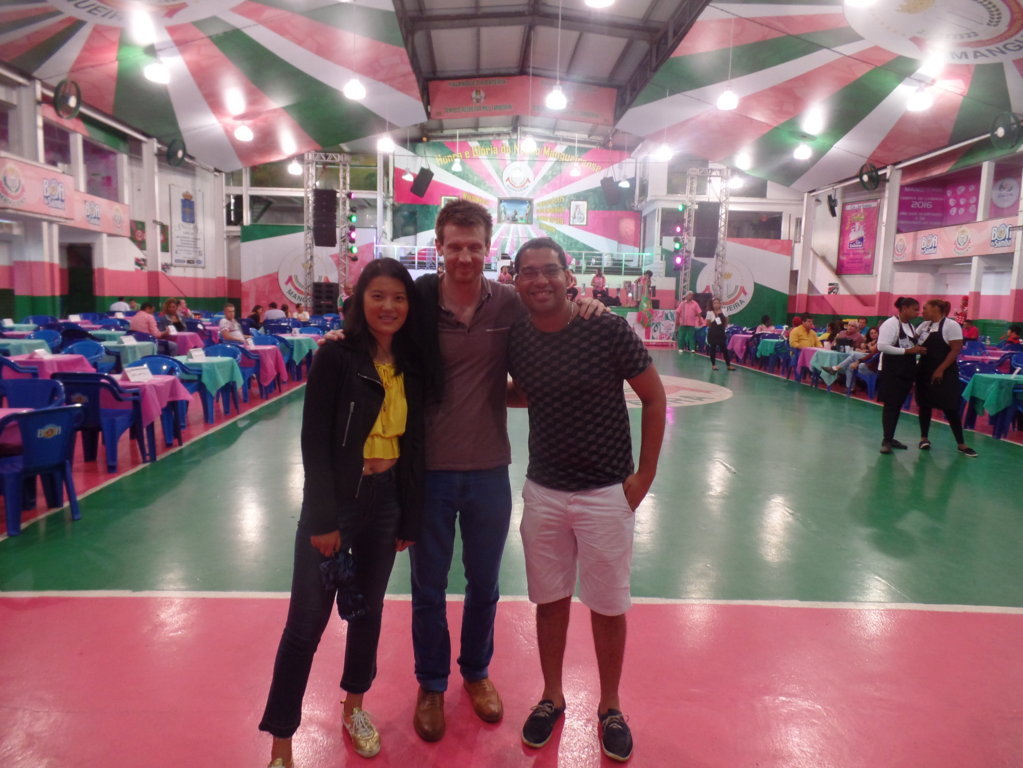 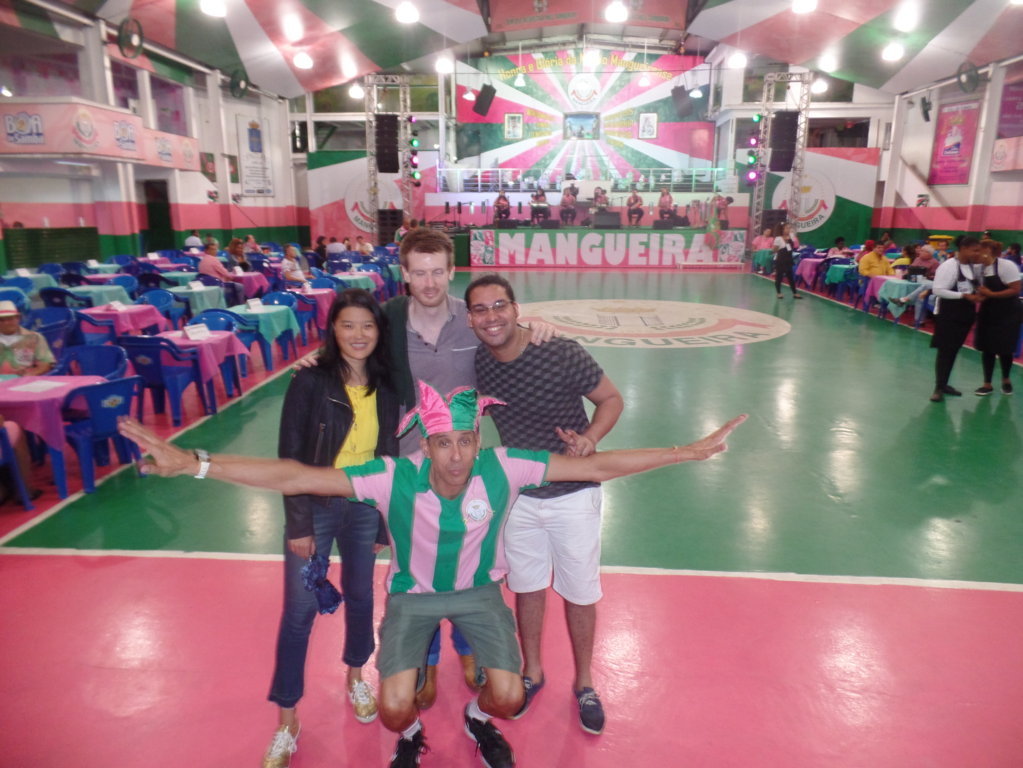 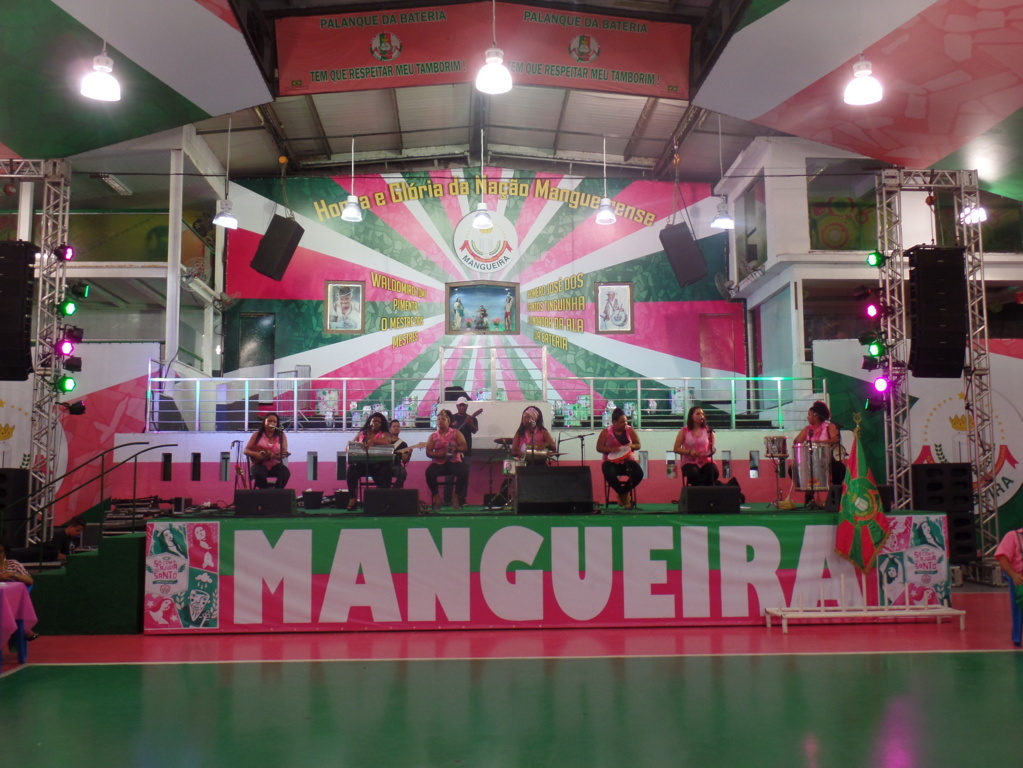 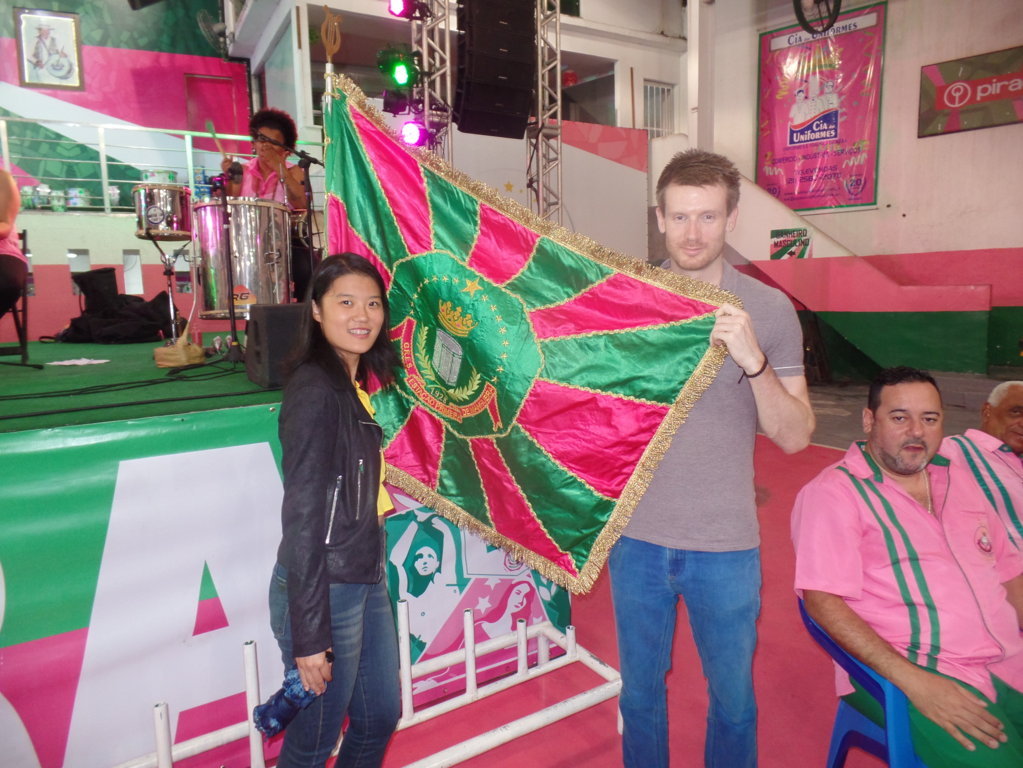 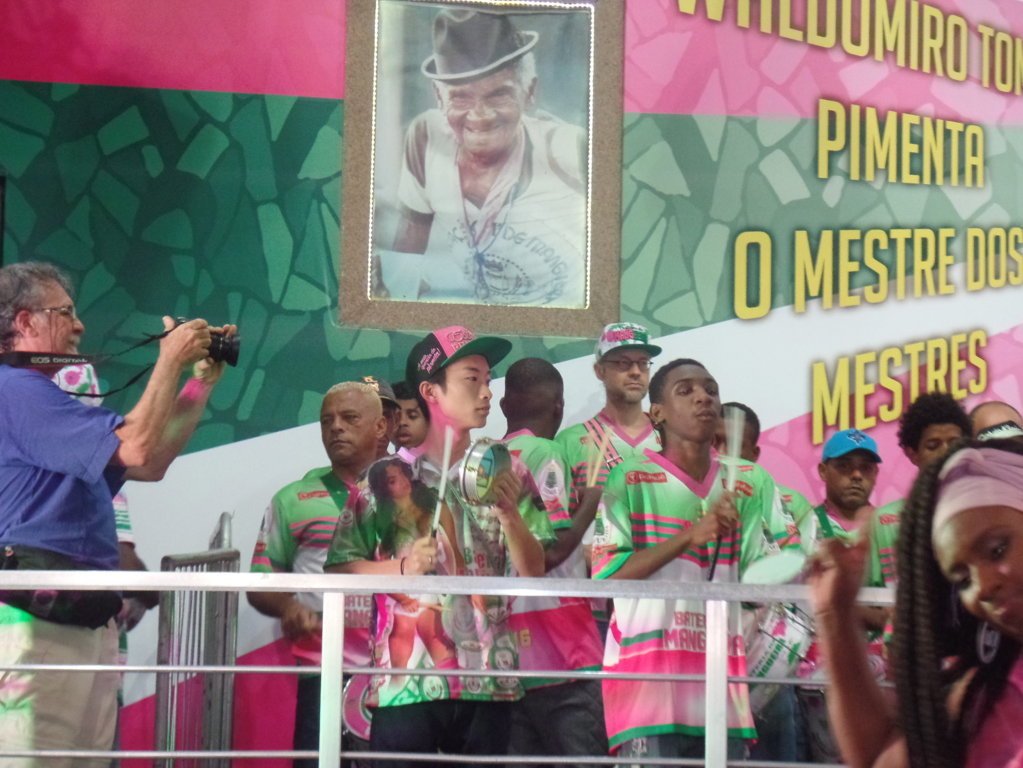 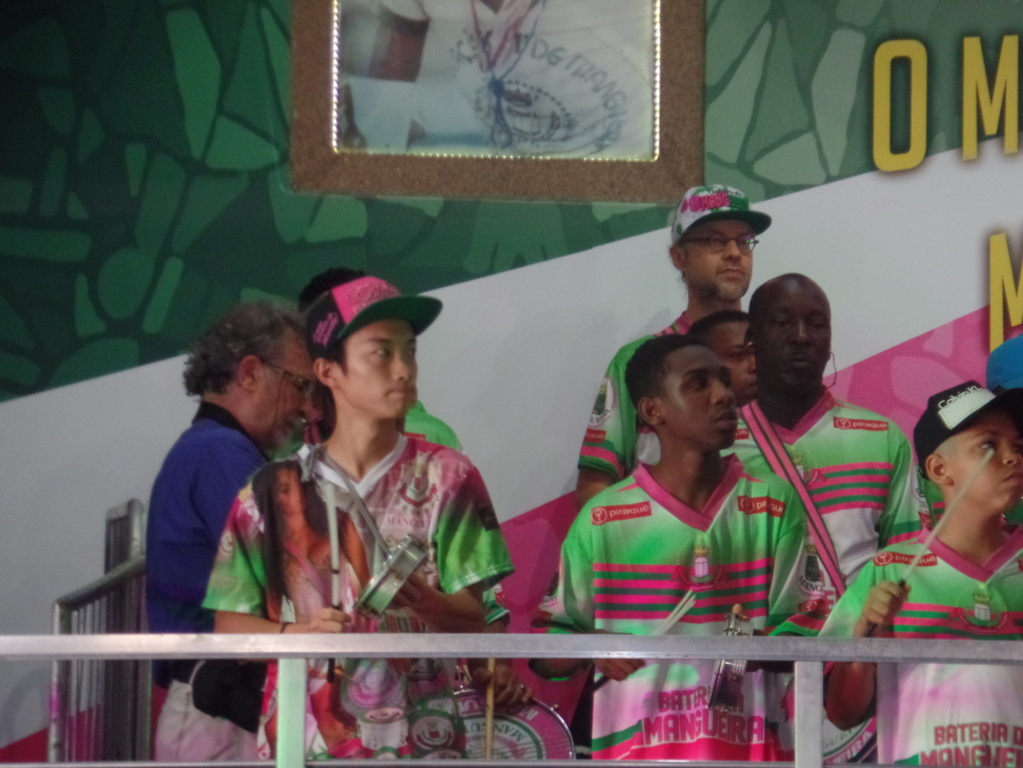 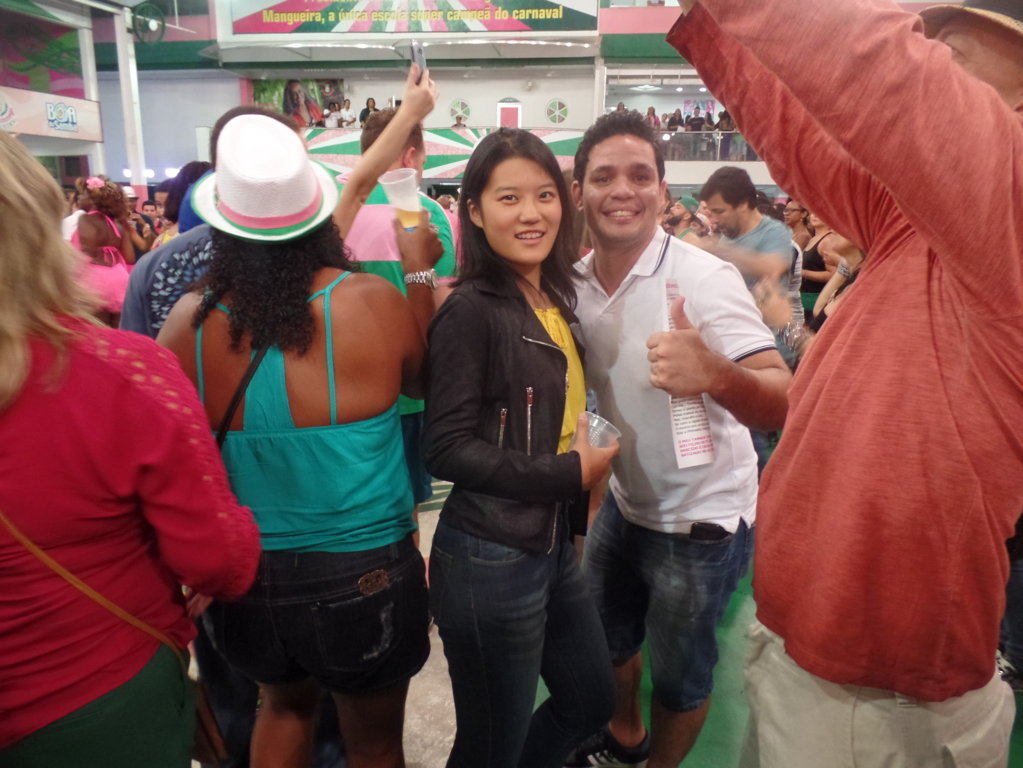 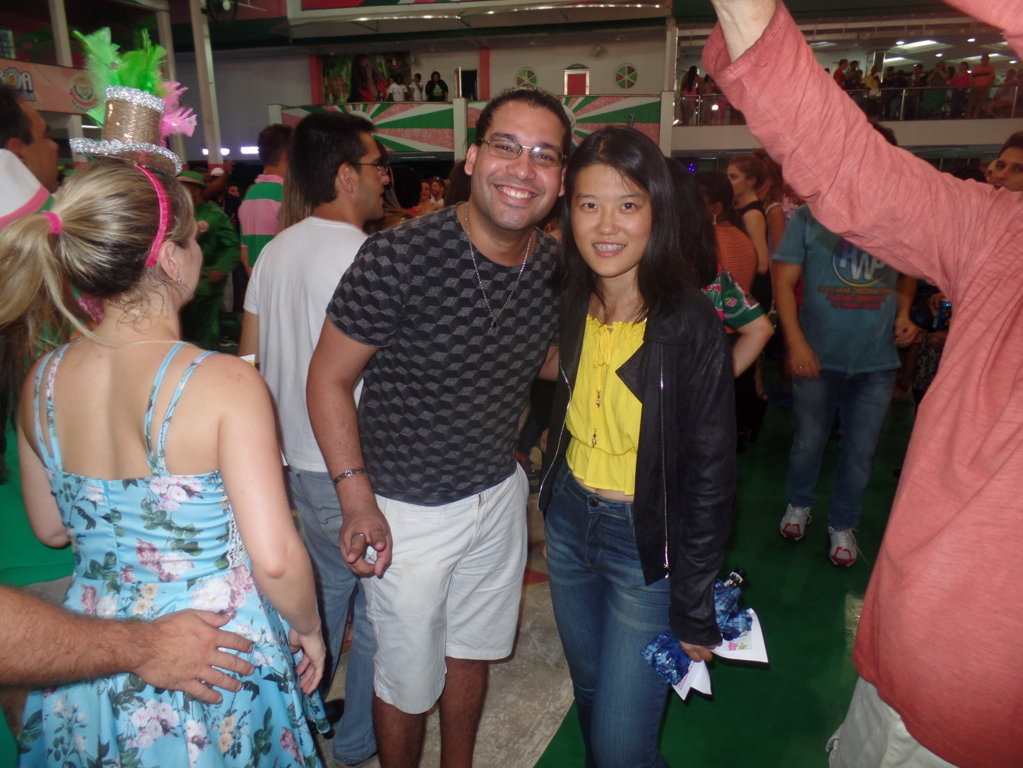 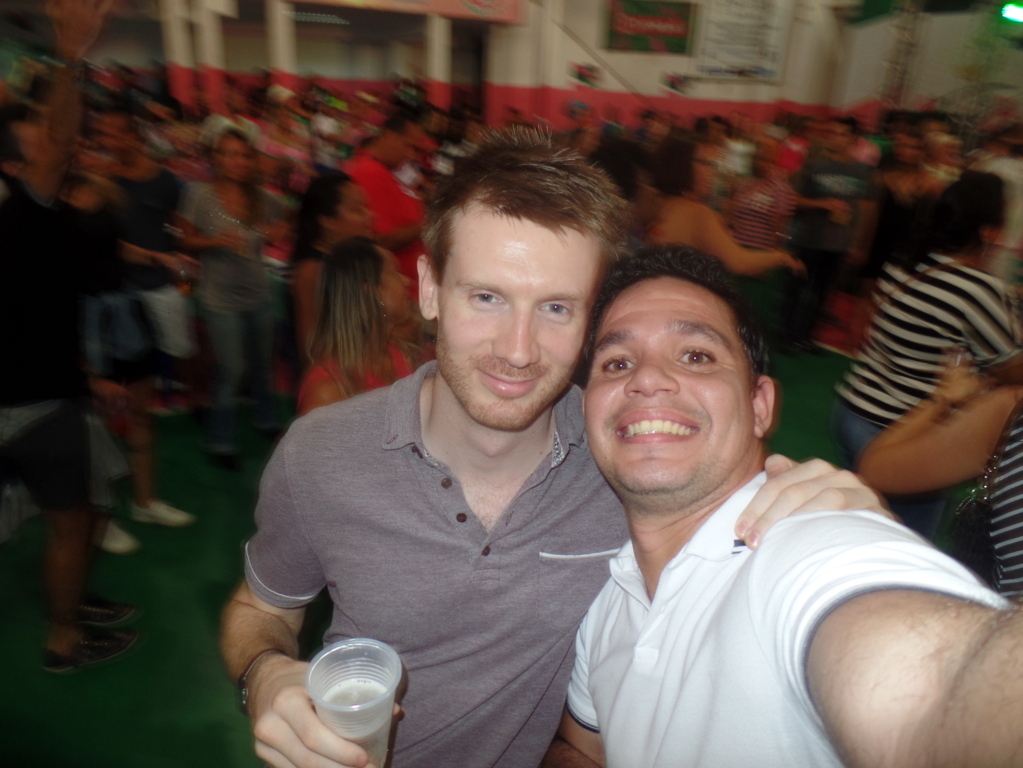 We could watch several presentations of the passistas (samba dancers), mestre sala e porta bandeira (samba host and flag bearer), velha guarda (veteran) and baianas. But the best of all was to be able to dance samba along with the people at Mangueira and to feel we belong at the school. 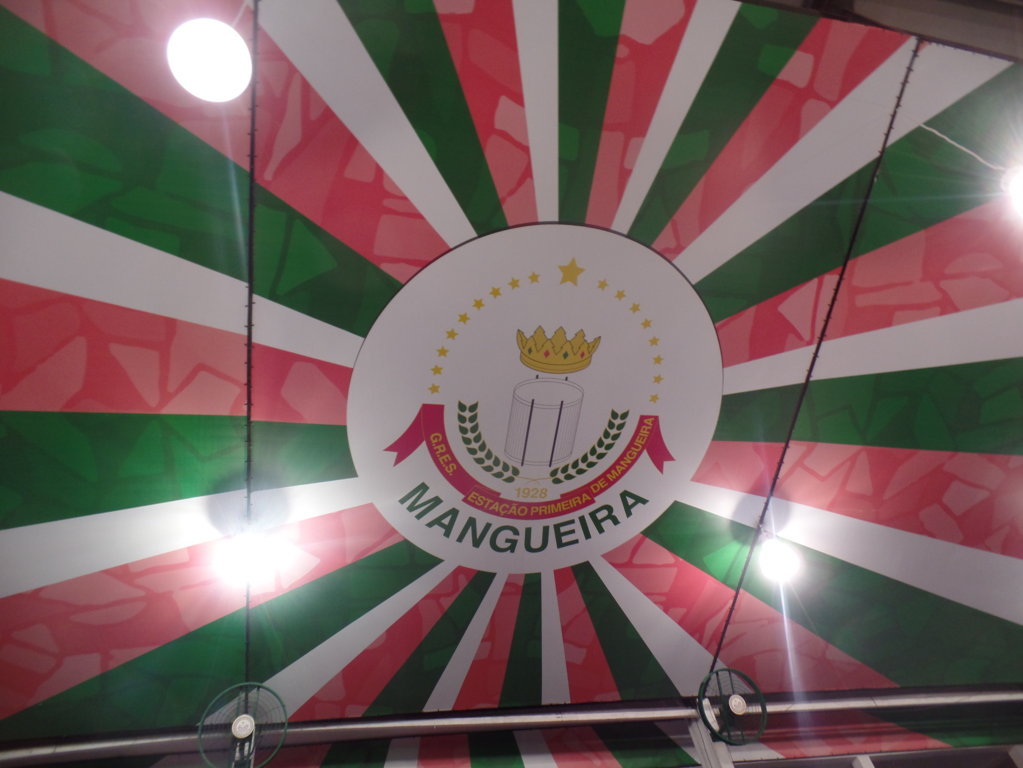 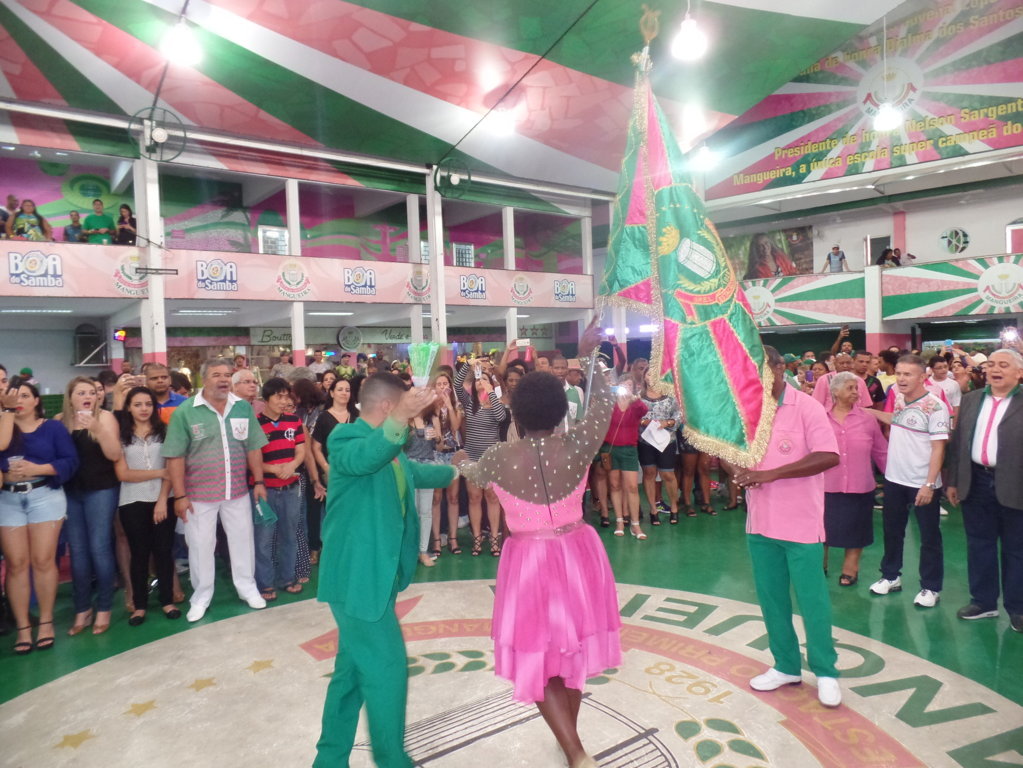 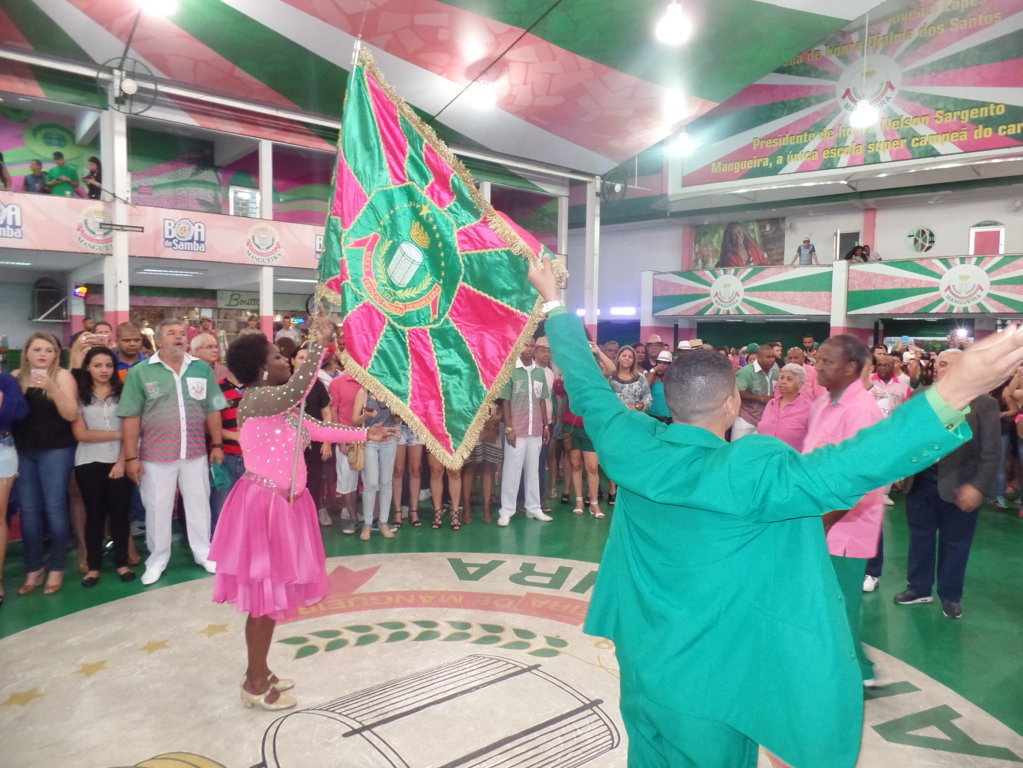 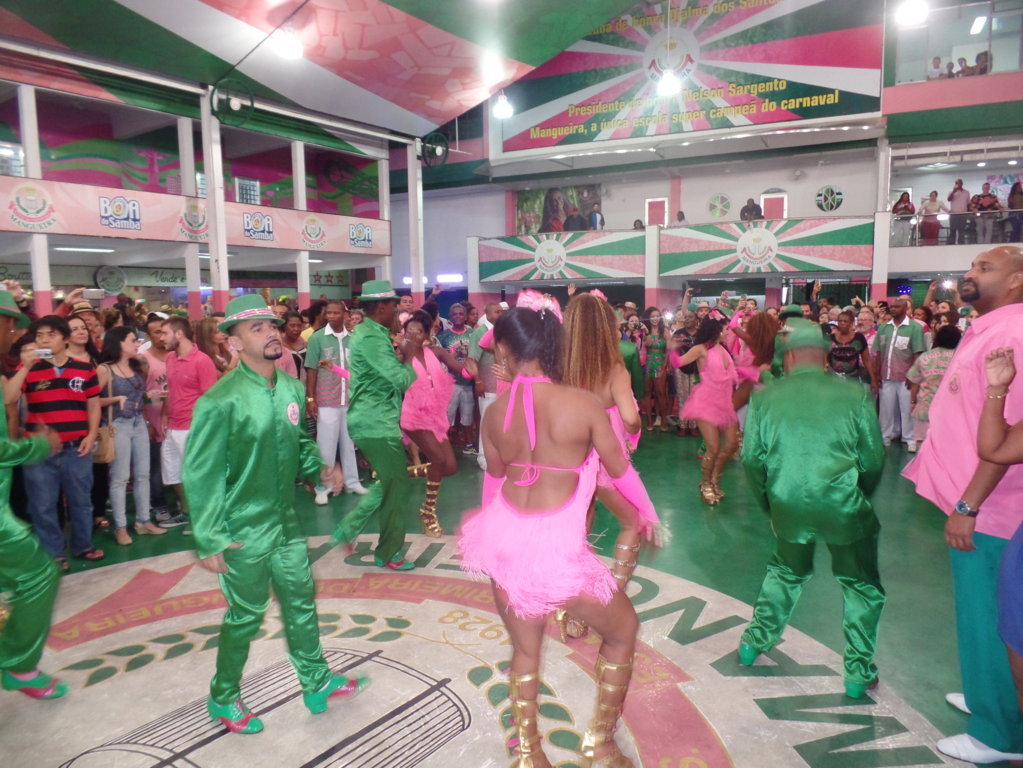 What a magical night, we joined Portuguese, samba and fun. It was amazing. 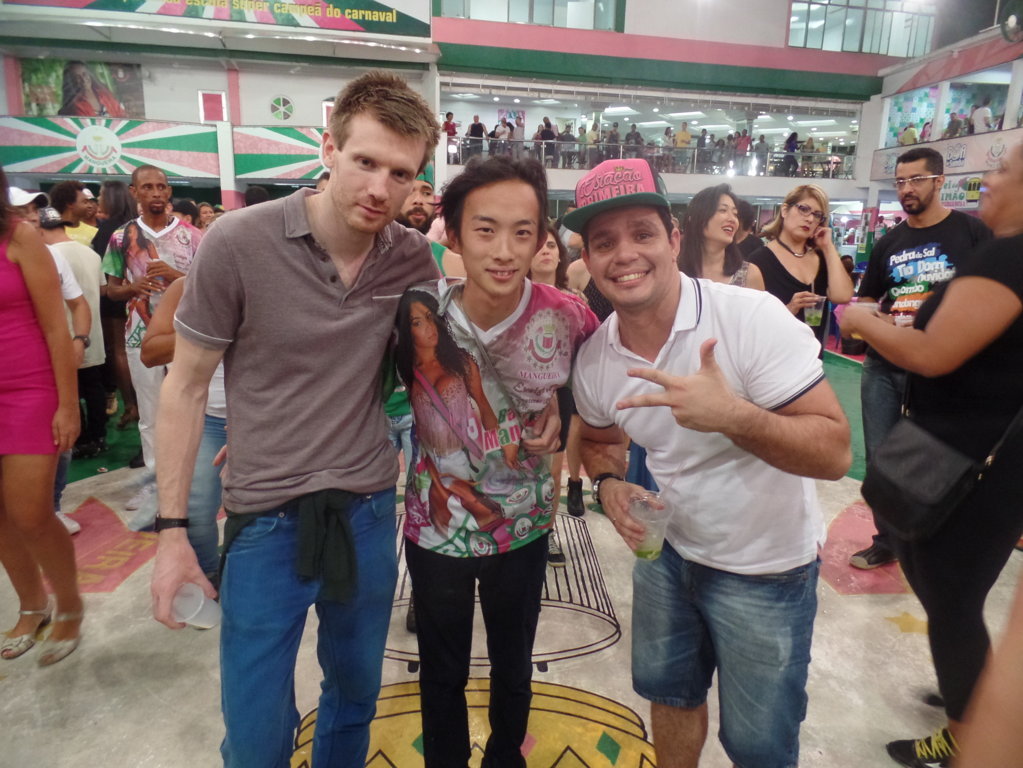 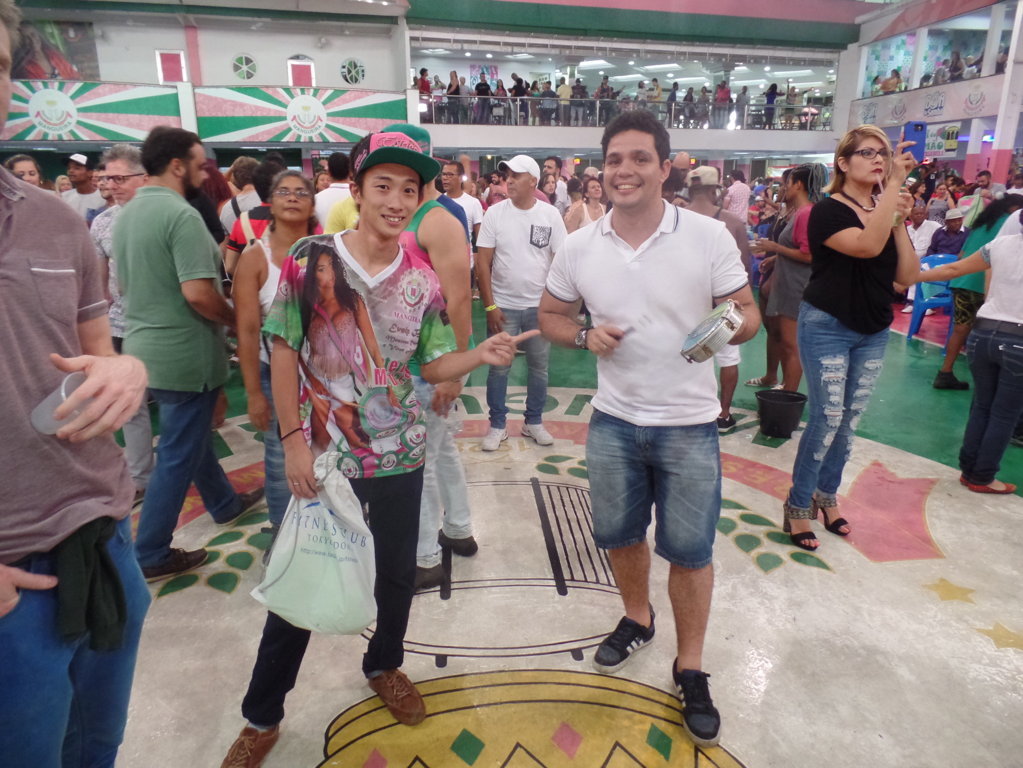 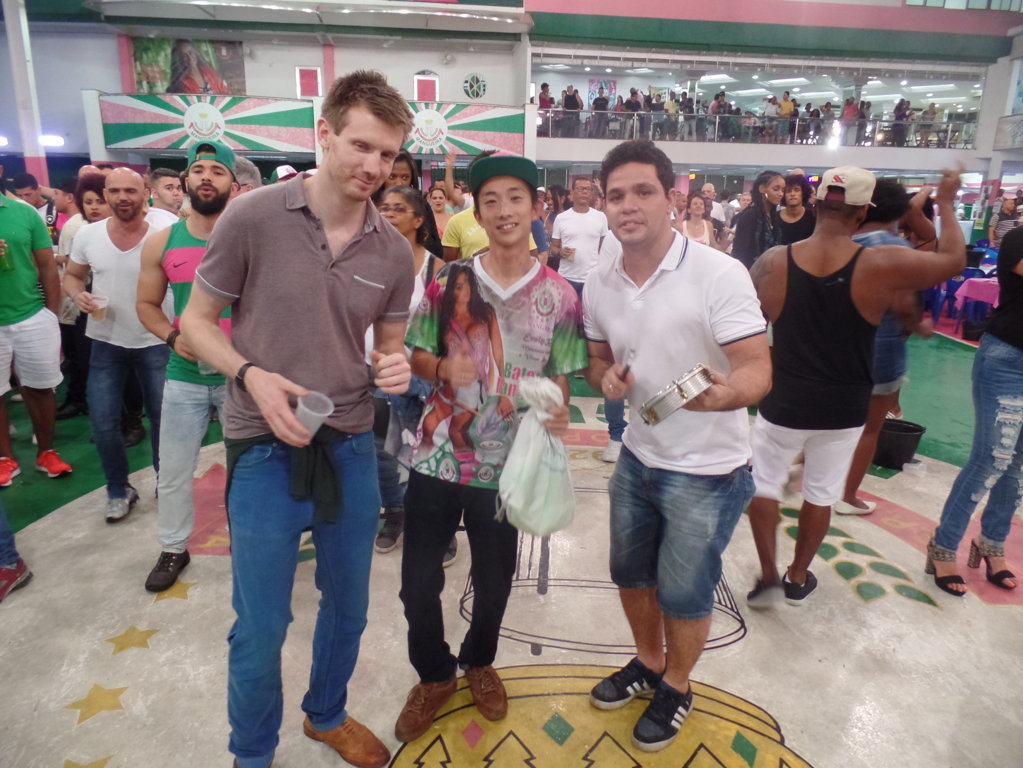 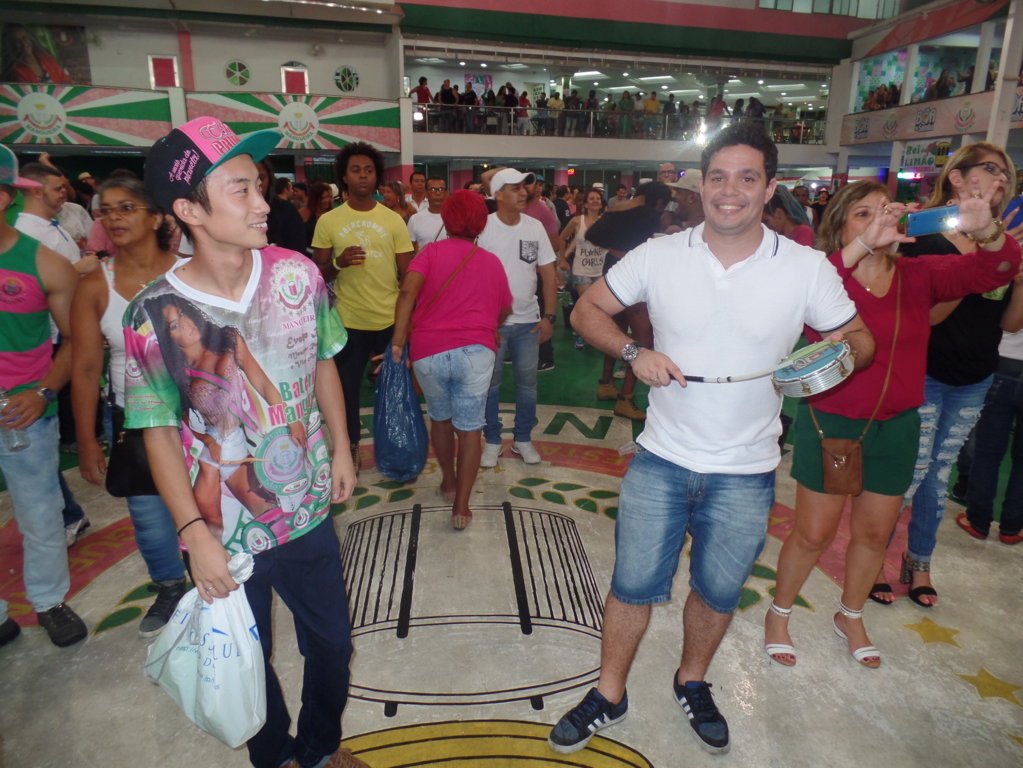 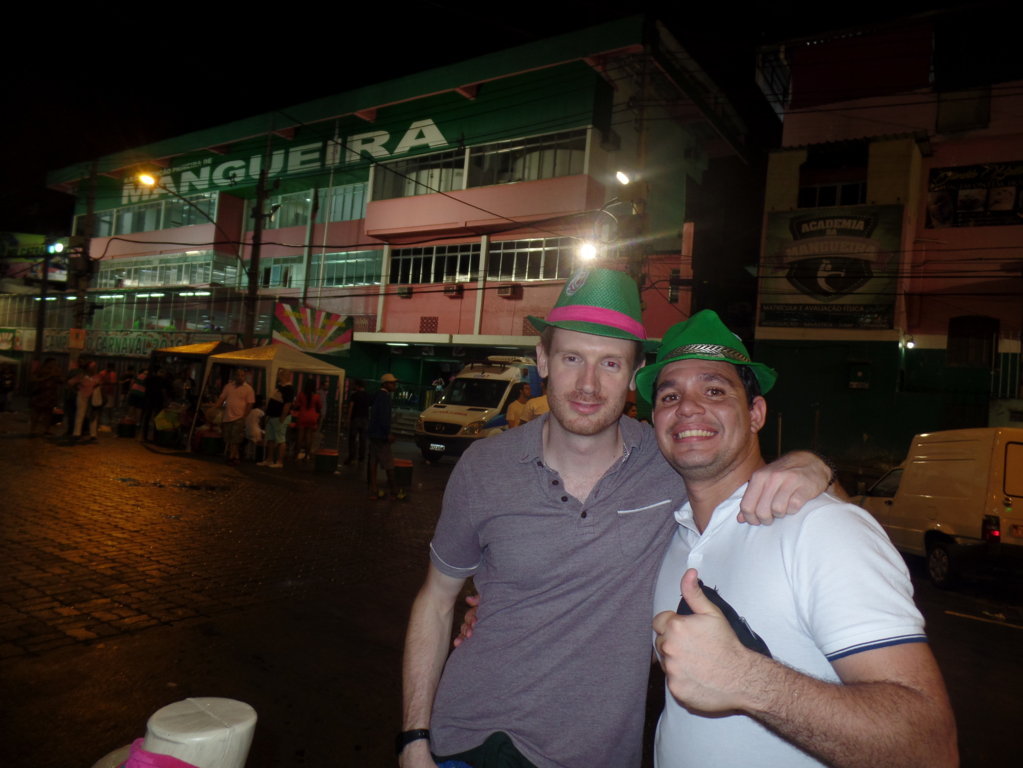 Come and have fun with Rio & Learn participating on our Rio LIVE! activities.