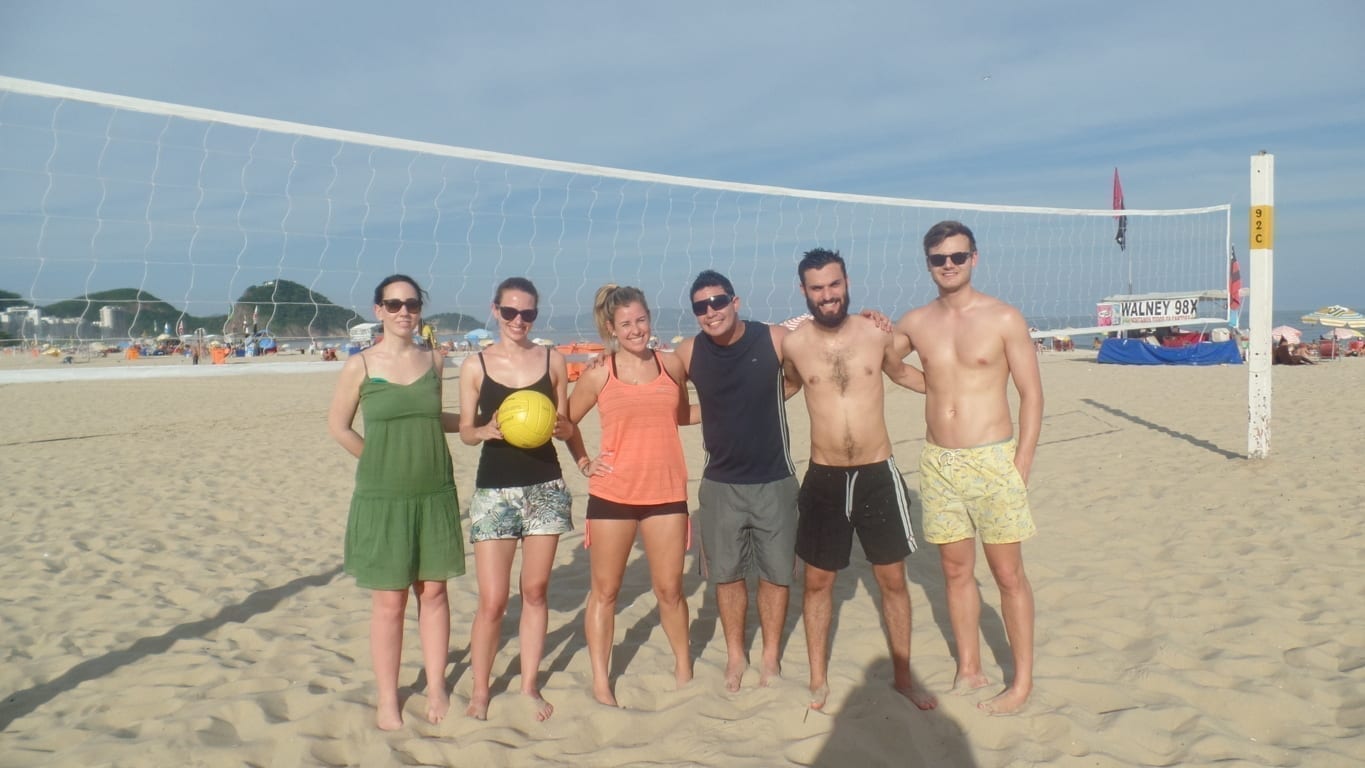 Yesterday we had a beautiful sunny day at Cidade Maravilhosa, so we spent our afternoon playing volley. We gathered at Rio & Learn, which is super close to the beach and instantly started practicing our Portuguese. The students asked many questions about the sports that are played at the carioca beaches. Before we started to play we cooled down under the showers, since the heat was intense.
We made a warm up circle to teach those who didn’t know how how to play beach volley. After that we were ready to start our games. We split up into two teams and started the match. All the time the students were asking about sports vocabulary and always tried to speak Portuguese, and whenever someone spoke a different language, they would ask them to speak Portuguese only.
We played for over an hour and then stayed at the beach just chilling. Spend the afternoon playing volley was a very good way to have fun and speak Portuguese.
Come to Rio & Learn and have fun with our RioLIVE! Activities! 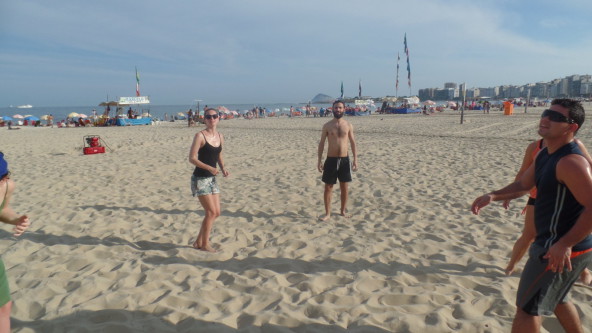 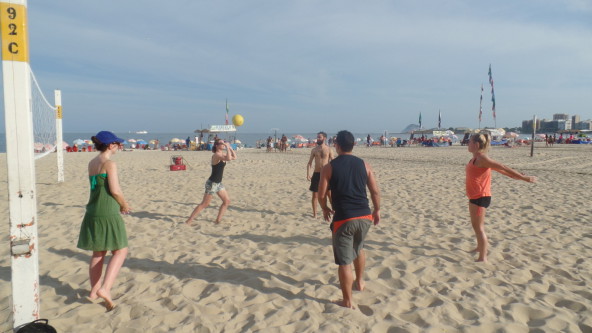 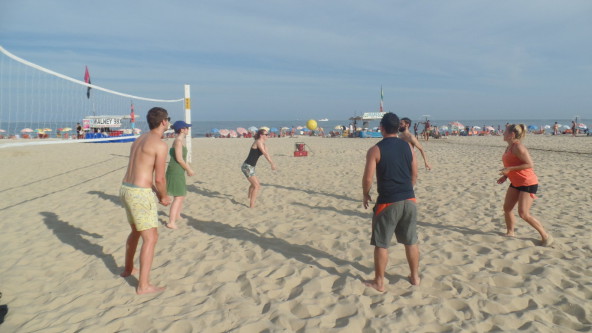 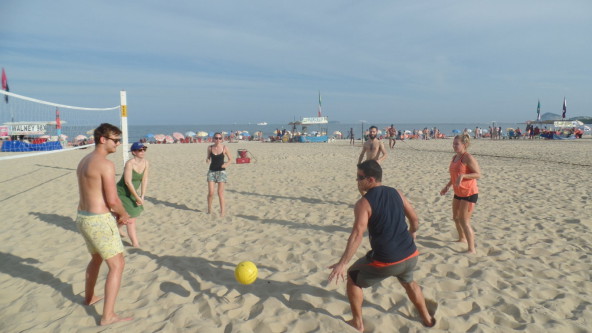 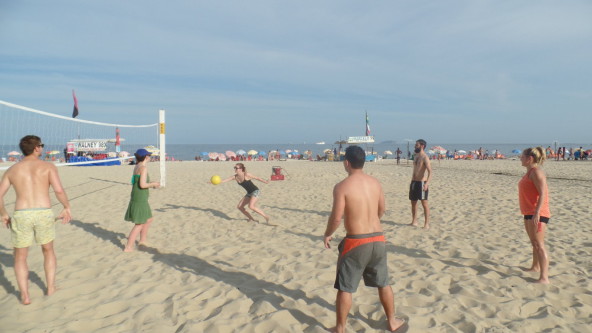 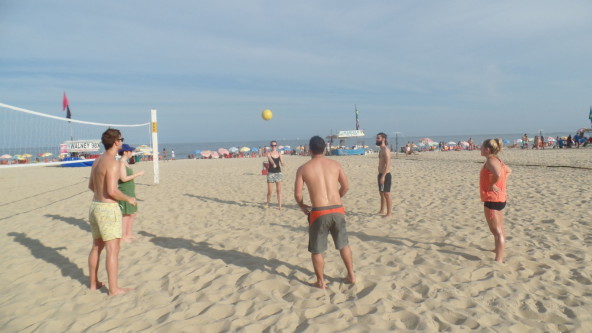 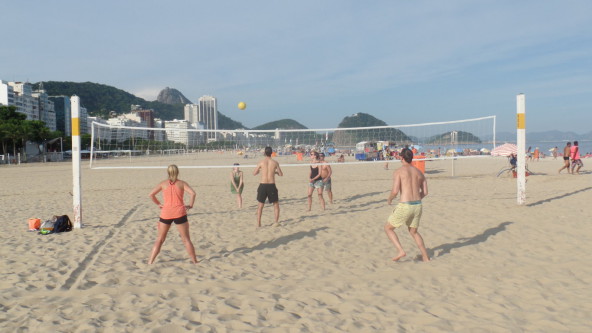 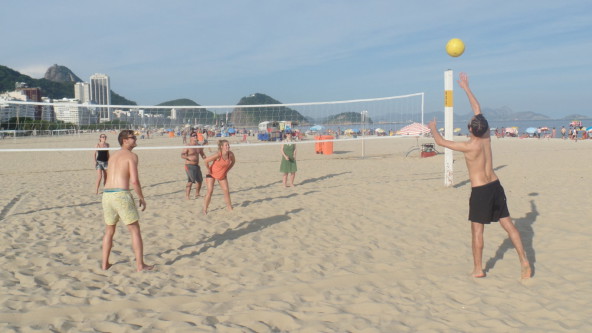 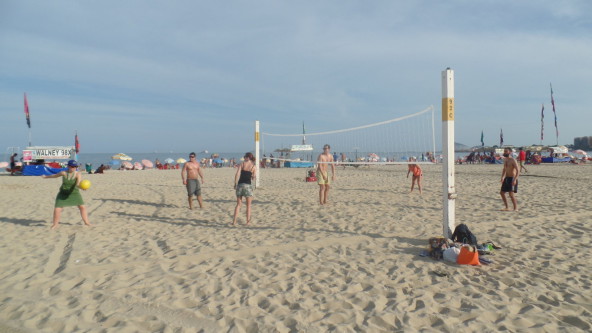 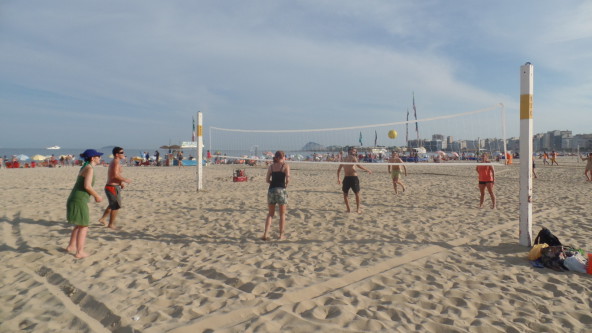 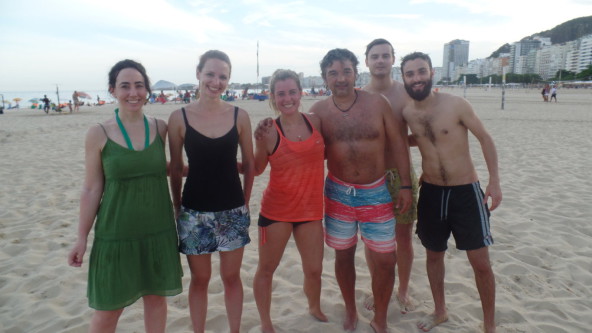