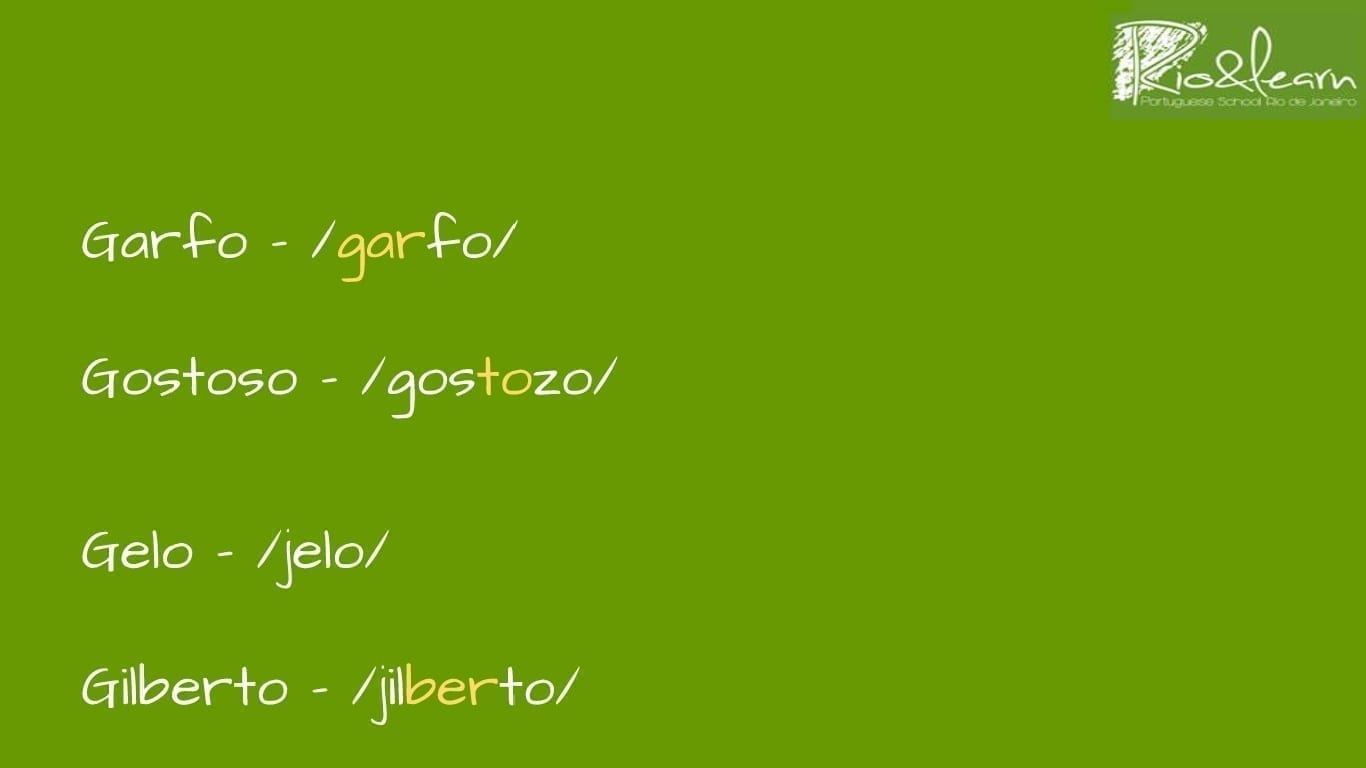 To begin with, let’s take a look at the Alphabet in Portuguese and we have an example each with a word! Check it out:

Letter C has two different sounds that people use in Portuguese. With A, O and U, it has the /k/ sound, but when it is combined with E and I, we pronounce the /s/ sound. Let’s and understand the differences between them, take a look.

The usage of Ç

This form is known as C-cedilha. When this form is combined with A, O, and U, it sounds like /s/ instead of /k/ originally. Let’s take a look at the examples and see how it works.

Special Cases with K,W and Y

Well, the letters K, W and Y didn’t use to be part of the Portuguese language alphabet, they were used only for people’s name, words with an English origin, or acronyms. But they were officially included into our alphabet due to the frequency that people use them. Let’s see some examples with these letters:

The letter R is more complex in Portuguese, because we have a lot of ways to saying it. It depends on where the letter is located in the word. To learn all its pronunciations, click here.

The usage of L

The letter L is not that hard, but depending on where it is in the syllable or word, its sound can change. Take a look.

This is tricky. Pronouncing the letter X correctly is an art. Want to master this art? Learn all the different pronunciations of the letter X.

The pronunciation of S

The letter S also has different ways of being pronounced. Let’s see the differences between them and how to pronounce each one.

Pronouncing the vowels in Portuguese

Now you know everything you need about the Portuguese alphabet sounds and some consonants. But did you know some vowels in Portuguese have more than one sound? Come learn all about it in our Dica about vowels!

Our friend Moisés is going to help us out in the video below, to practice the Portuguese alphabet pronunciation .

Now that you know the Brazilian Portuguese Alphabet, it’s time to practice!

Exercise to practice the Portuguese alphabet

Listen to the sounds and complete with the correct letter.

That’s it! We hope you’ve all liked our Dica about the Portuguese alphabet.

If you want to learn more Portuguese, you can subscribe at A Dica do Dia and receive lessons in your inbox for free.

You can also watch free Video Dicas on our Youtube channel.

And, what’s the best way to learn? Having private classes with us! We can help you with whatever you need!

Exercise about the Portuguese alphabet: answers