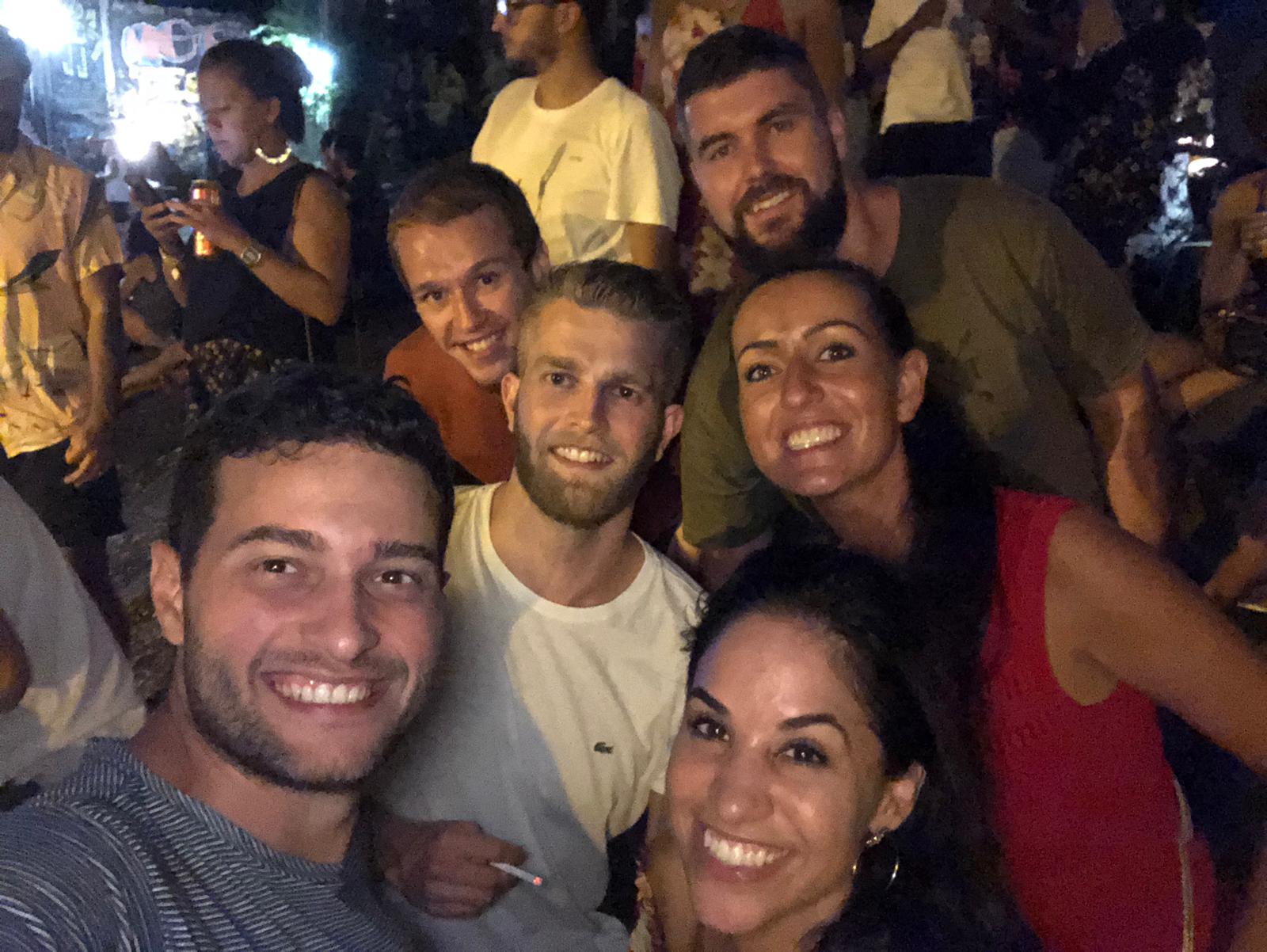 Our time at Pedra do Sal was absolutely amazing.  It was wonderful to explore a new part of the city and really see what Rio has to offer!  We got the chance to feel like we were true Cariocas. The authentic Samba music was great and the drinks were even better! I highly recommend the pineapple caiparinhas!

Pedra do Sal in Rio de Janeiro is a very famous place for samba. So, with our Portuguese and samba crew, we visited this great place to enjoy a great Friday night with samba, caipirinhas and a lot of Portuguese, of course! For most of our students, it was the first time there. They were a little shy in the beginning but with time they could do some samba steps.

They put on a good party. Since it was the last week at school for some of them, it became a kind of farewell party. Besides listening and dancing samba, they were able to talk to the cariocas there, make friends and practice the language even more. What about being part of this Portuguese and samba crew next time?

See more of this night with our Portuguese and Samba Crew on our Facebook page: