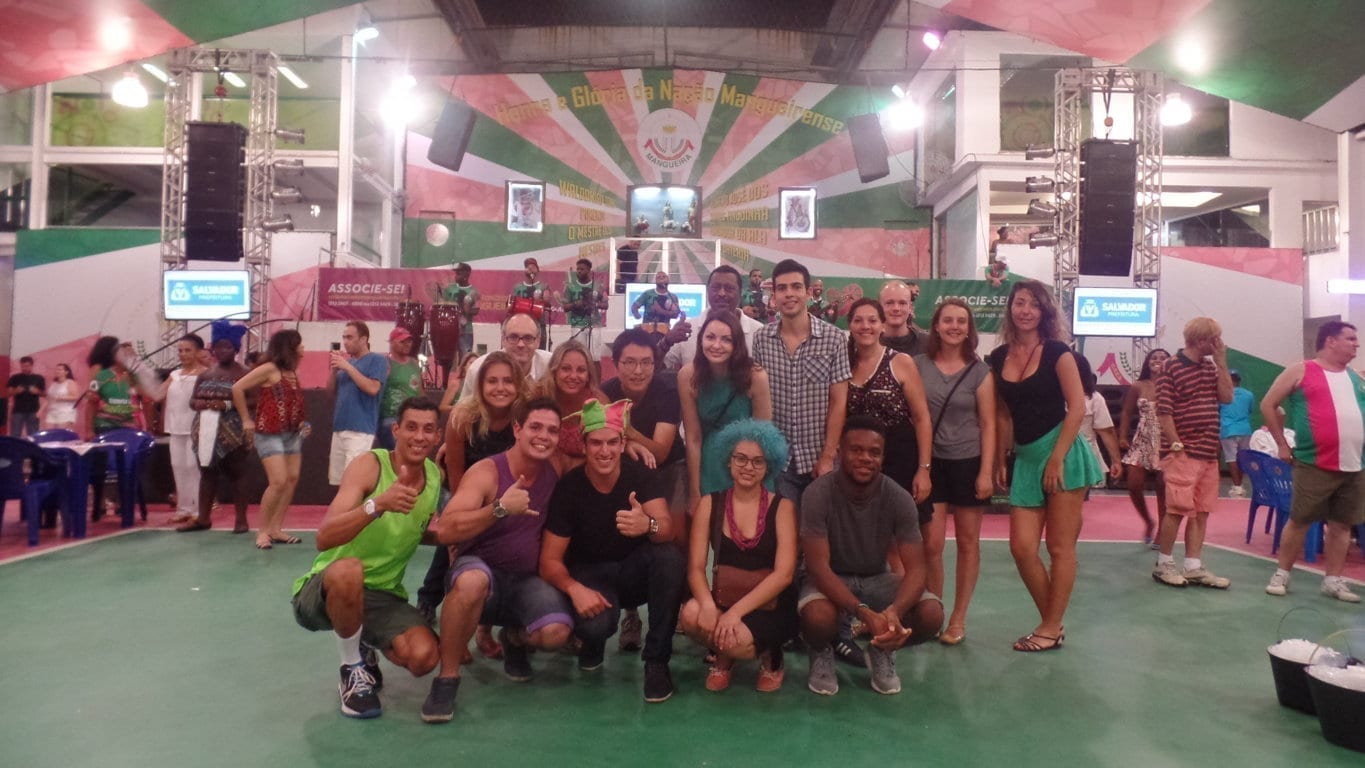 First, RioLIVE! and Rio & Learn have been a great experience.  I love the activities, mostly because they are fun, but they also introduce you to a part of Rio that you wouldln´t normally see. For instance, we went to a samba school and a great community party.  Journalist like to call it introducing you to the Real People instead of a lot of the normal tourist activities. Unfortunately, many people who visit Rio, only see the beaches, which are great, but it is important to be able to be around the various kinds of people who live in the city to hear the language and feel the culture. As a student and as a tourist, RioLIVE! and Rio & Learn have been a wonderful experience, and when I return, I will continue my studies.

Last Saturday we had a very Carioca evening, with a lot of samba and Portuguese for our students. We met at Rio & Learn Portuguese School in Copacabana and went to the samba school Estação Primeira de Mangueira, a place where we would have a great evening. Who said that gringos can’t dance samba? Our students proved everybody was wrong and hit the samba floor with the samba school dancers. It was a great moment of interaction among the students and the members of the samba school, they were practicing their Portuguese all the time. Our student Sebastian was feeling at home so much that he jumped up the stage to play with the musicians.

It was the perfect combination of Samba and Portuguese. It was also the combination with another RioLIVE!, since Rei do Limão (who takes part in our activities with caipirinhas at Lapa) was there. So, caipirinhas and beers would be present in our RioLIVE! of course. We danced, drank, talked in Portuguese and had fun, it was a memorable evening!

Come to know Rio & Learn and take part in our RioLIVE! Activities, you will have fun at the same time that you learn Portuguese. 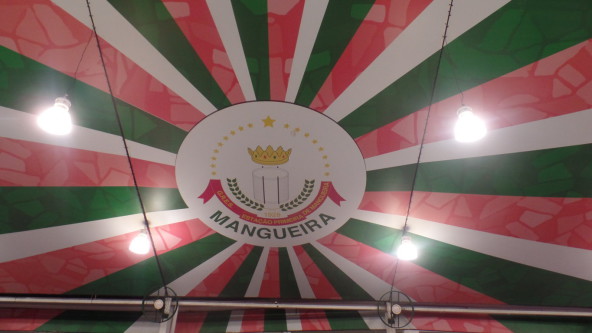 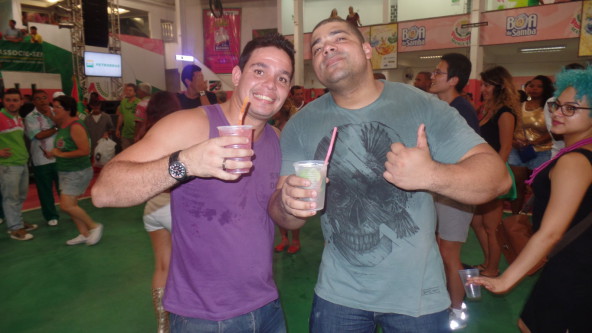 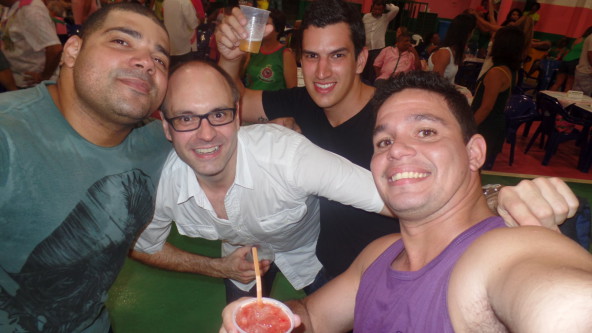 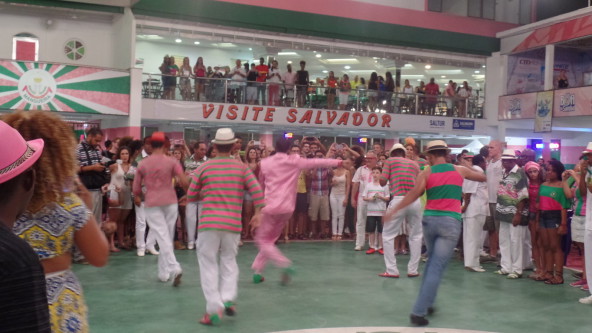 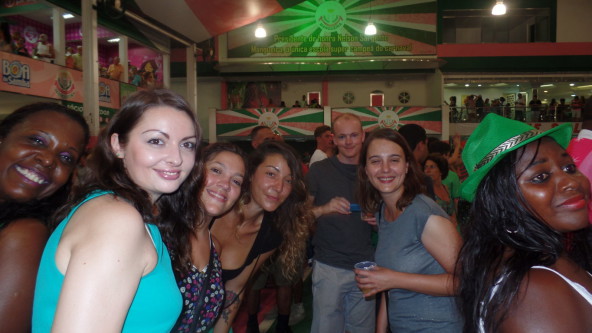 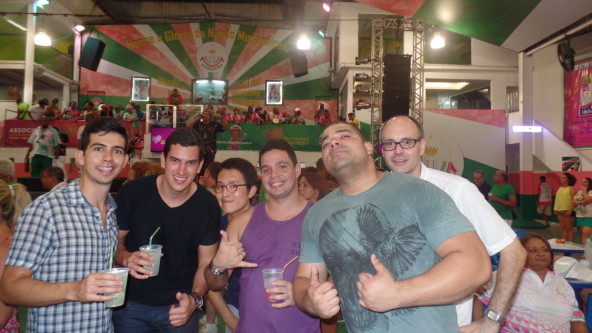 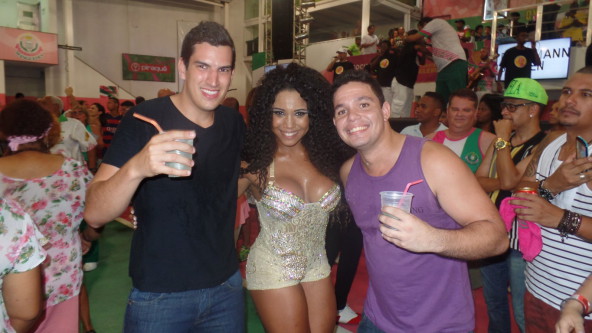 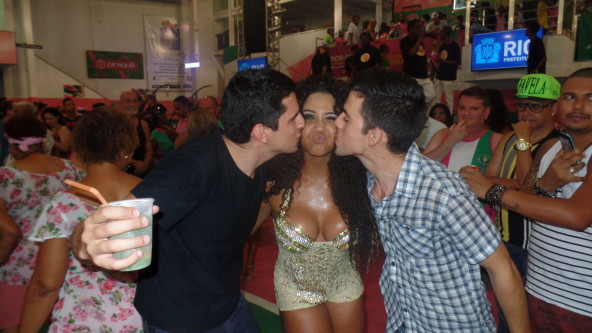 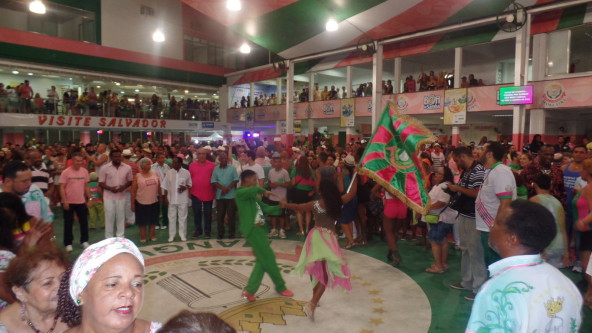 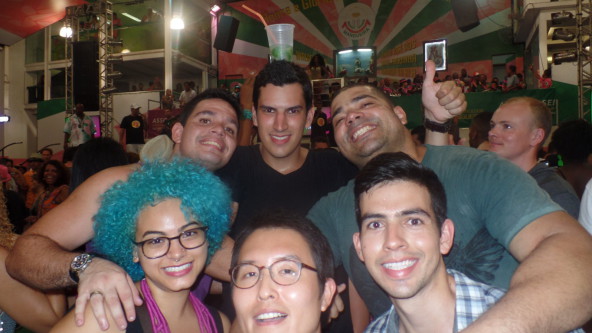 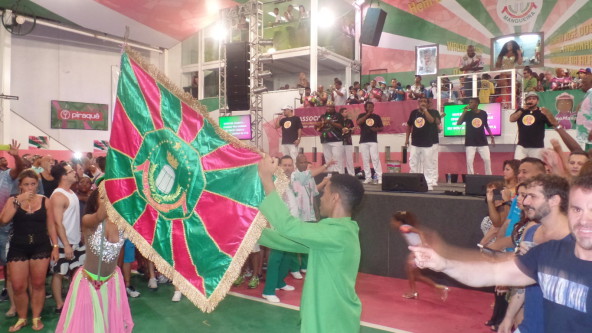 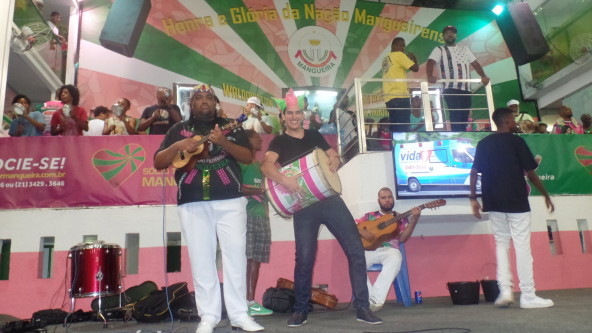 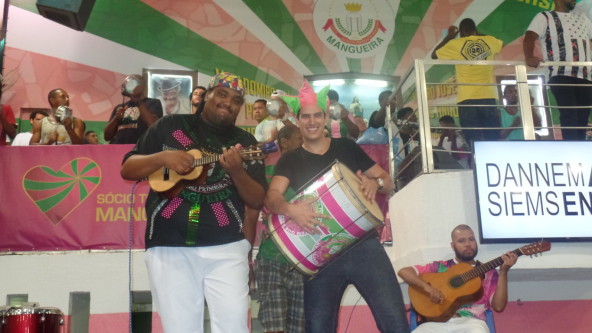 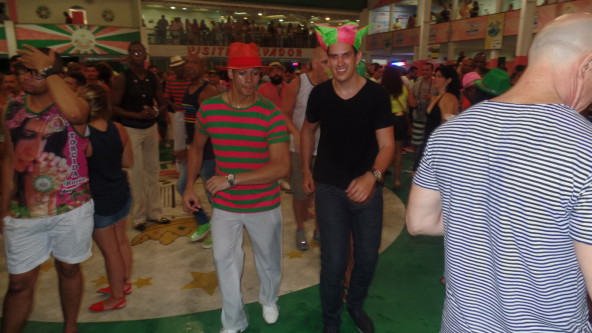 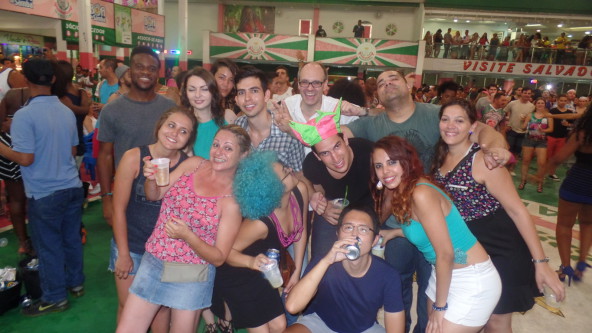 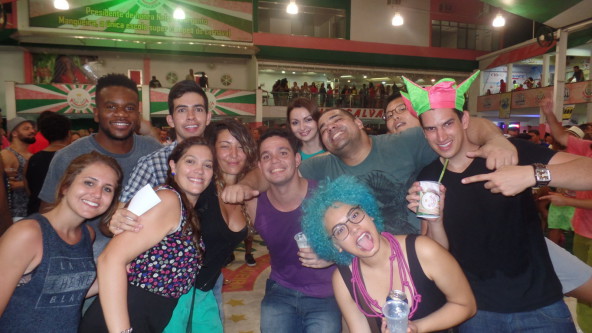