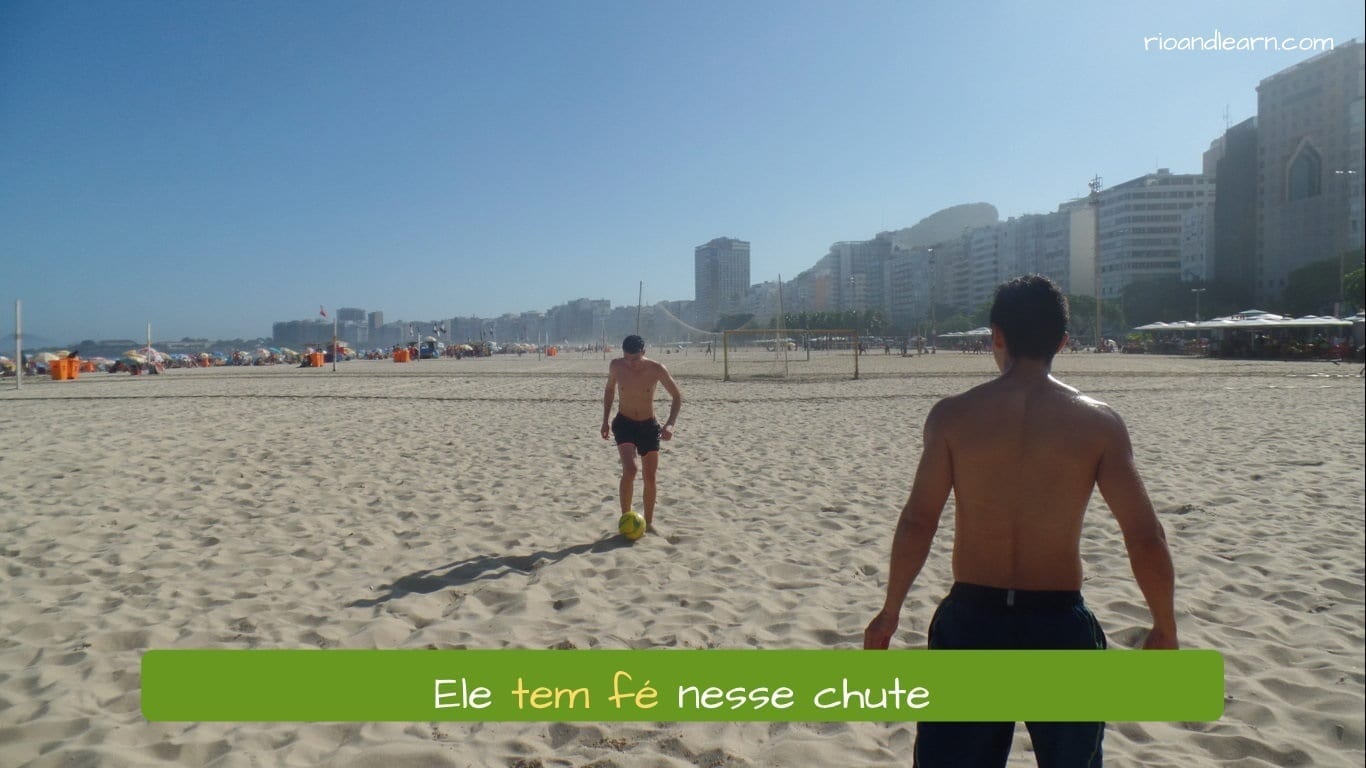 Do you know any Portuguese Expressions With Ter? Such as most Brazilian expressions, they’re all too funny and useful, so let’s take a look at them here at our A Dica do Dia!

We use the verb Ter in Portuguese when we want to talk about a possession or feeling.

Do que você tem medo?
What are you afraid of?[/one_half_last]

Take a look at more examples at our Dica about the Verb Ter.

So what does it have to do with expressions? Well! When accompanied by certain terms in Portuguese, they create an expression about something. Take a look at some of them next:

When you’re walking down the street and you find that little dog, in the rain with a sad face looking straight into your soul, all you can think at that moment is Tenha dó. Have mercy on this little soul.

O mundo inteiro teve dó do Brasil no jogo contra a Bélgica.
The entire world felt pity for Brazil at the game against Belgium.

Sometimes, when you’re watching your favorite soccer team play and all seems lost, everything can turn out just fine if you just tem fé.

Tenha fé, cara! No segundo tempo a gente empata com eles!
Have faith, dude! We’ll get a draw on half time!

You’re doing something very wrong and you know it, you should ter vergonha!

No one is made of iron, right? Everyone has a fear of something, and that’s totally okay! In Portuguese Ter Medo is normal!

As I kid, we all had that friend with something we wanted. We looked at him full of jealously, we tínhamos inveja!

Okay, guys. So that’s it! Now that you know all these great Portuguese Expressions With Ter, why not practice them here in Rio de Janeiro?

See you soon at our next A Dica do Dia here at Rio & Learn!