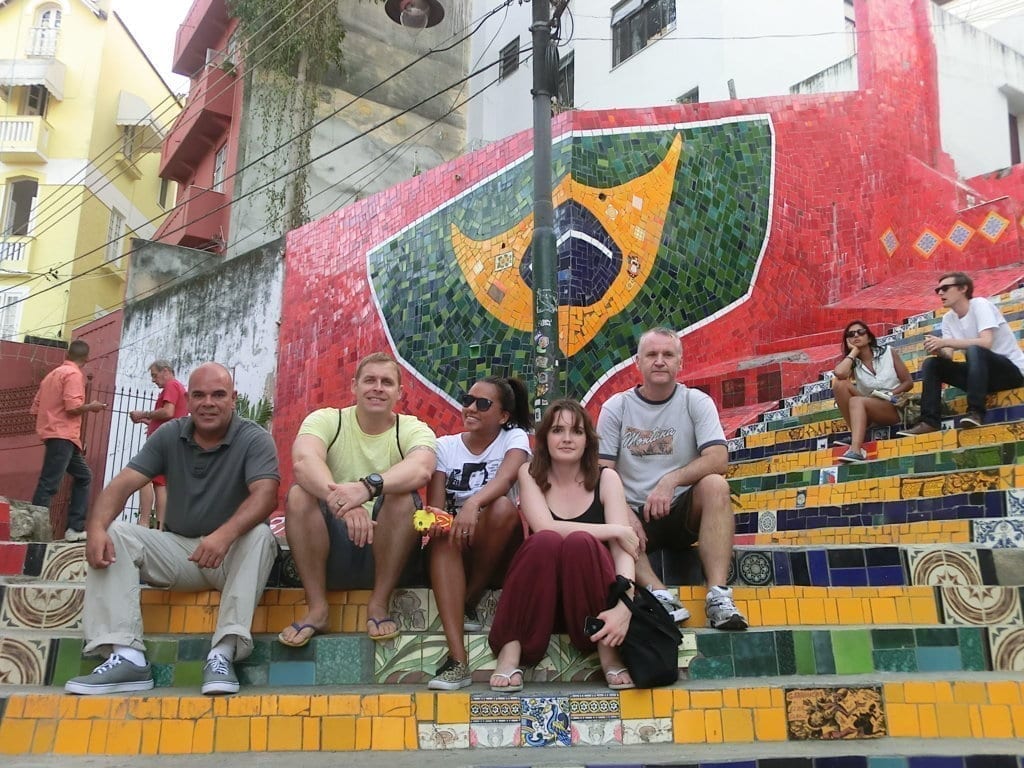 To talk Portuguese at Lapa is a good way to get on with the local culture. Last Friday, we went to visit Lapa and to practice some Portuguese at the same time. We went from Rio & Learn to take the metrô (subway) until Cinelândia. From there we walked until Escadaria Selarón, where we find the famous stairs already with street sellers and pinthoresc characters. Our students learned in Portuguese about the history of the place and our students tried to find out tiles from their countries and cities. They got happy when they find out tiles from New Zealand and New York.

After taking nice pictures at Escadaria Selarón we went to take some pic to Arcos da Lapa, the most characteristic point in Lapa. Arcos da Lapa is usually an encounter point where the funny thing is that people usually get lost trying to find their friends 😉

We visited some other characteristic Lapa points as Fundação Progresso and after that we went to have dinner at one of the most famous restaurants in Rio de Janeiro, Boteco Belmonte. There we had some chopps (links) to refresh ourselves and we had a nice brazilian dinner.

We were ready for our Caipirinha workshop where our students learned to prepare a Brazilian Caipirinha with multiple fruits and flavours, from the traditional one with lemon and cachaça to other kinds with different combinations of fruits. Our students conversed in Portuguese at Lapa with Rei do Limão after the workshop. 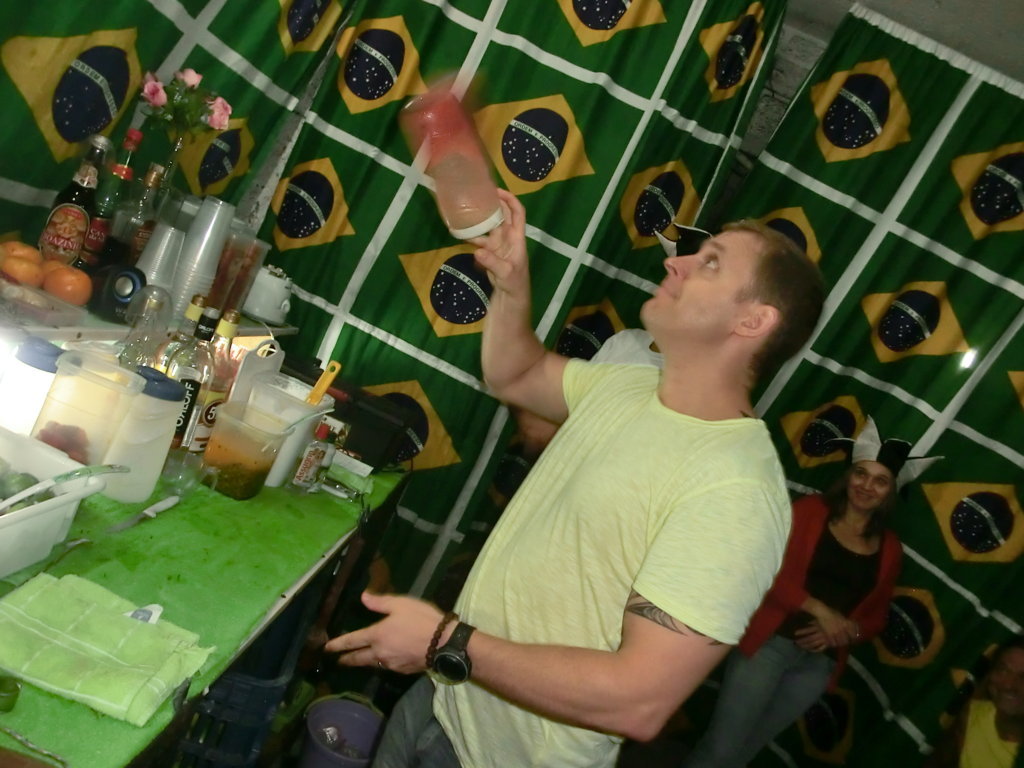 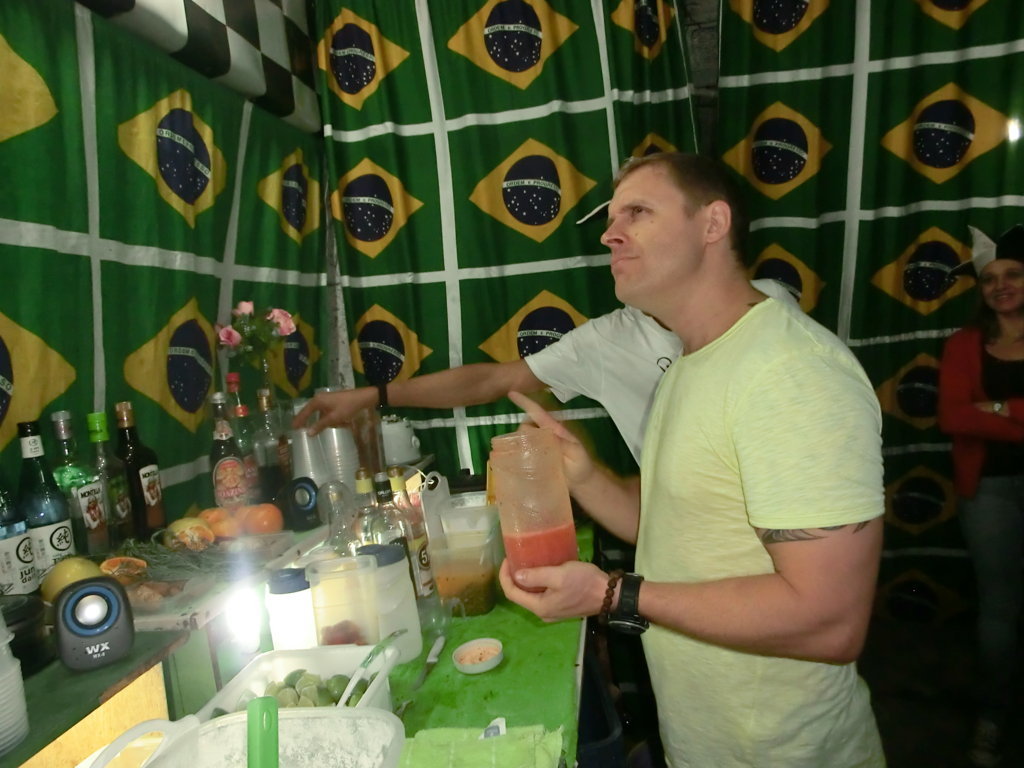 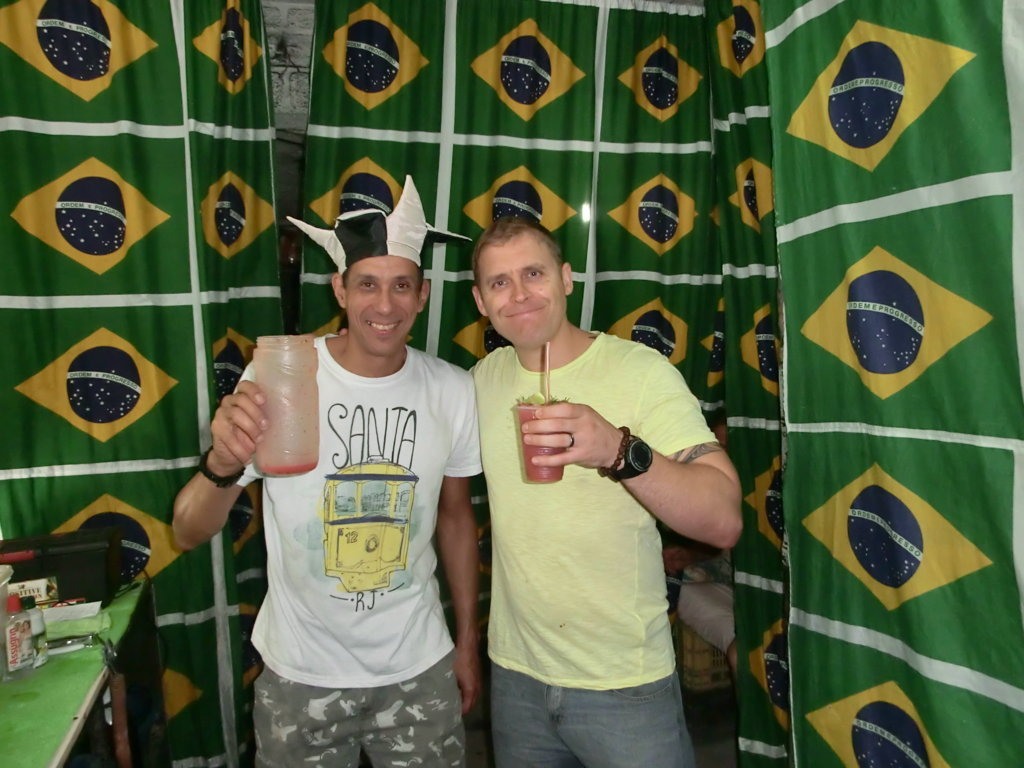 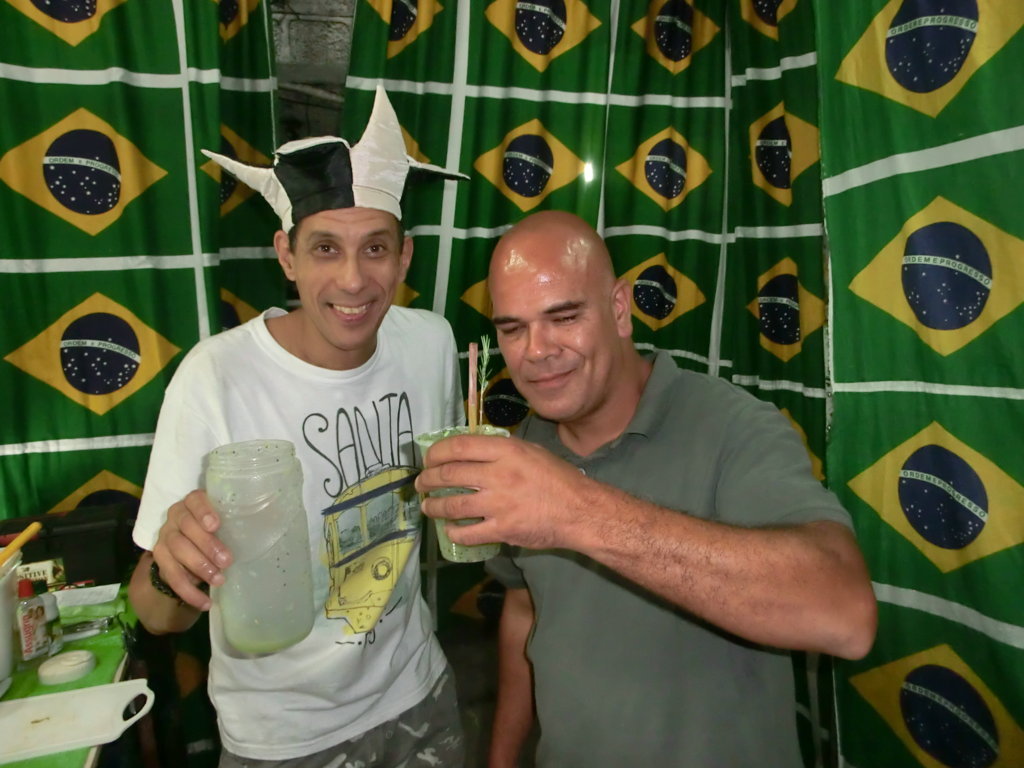 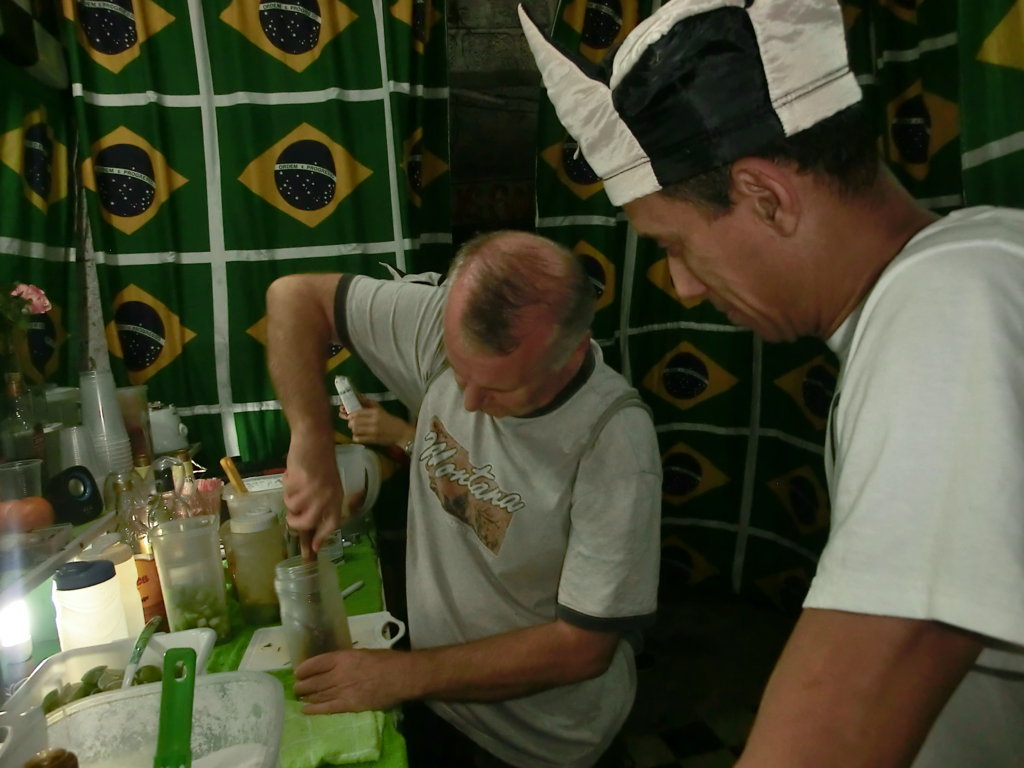 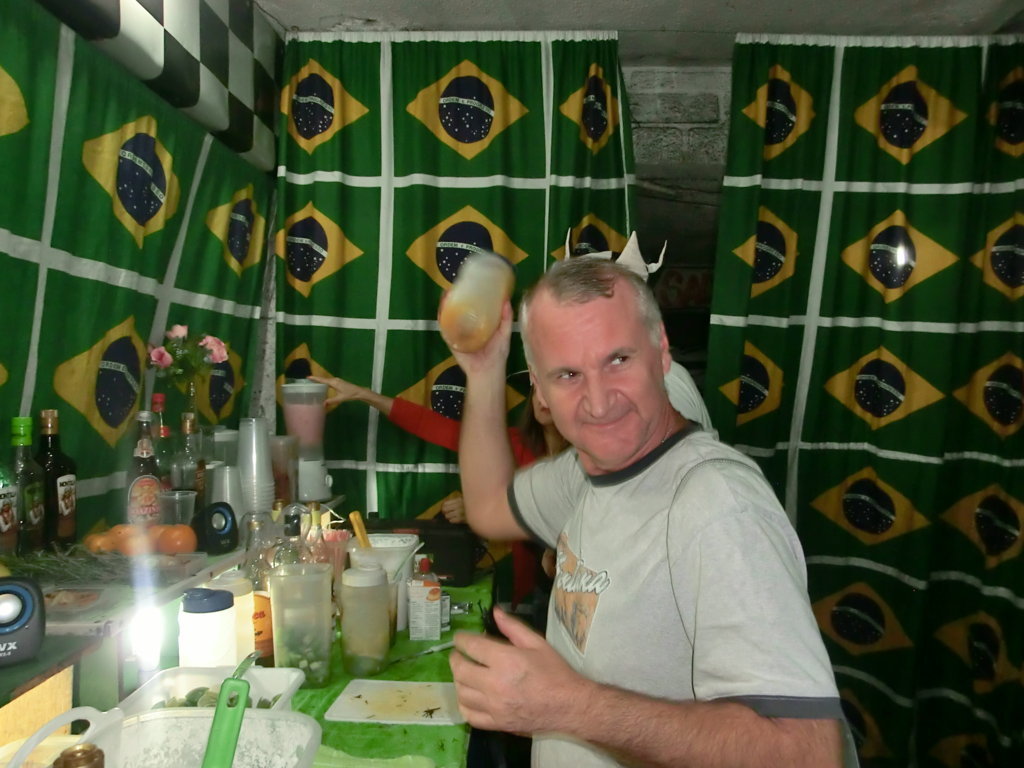 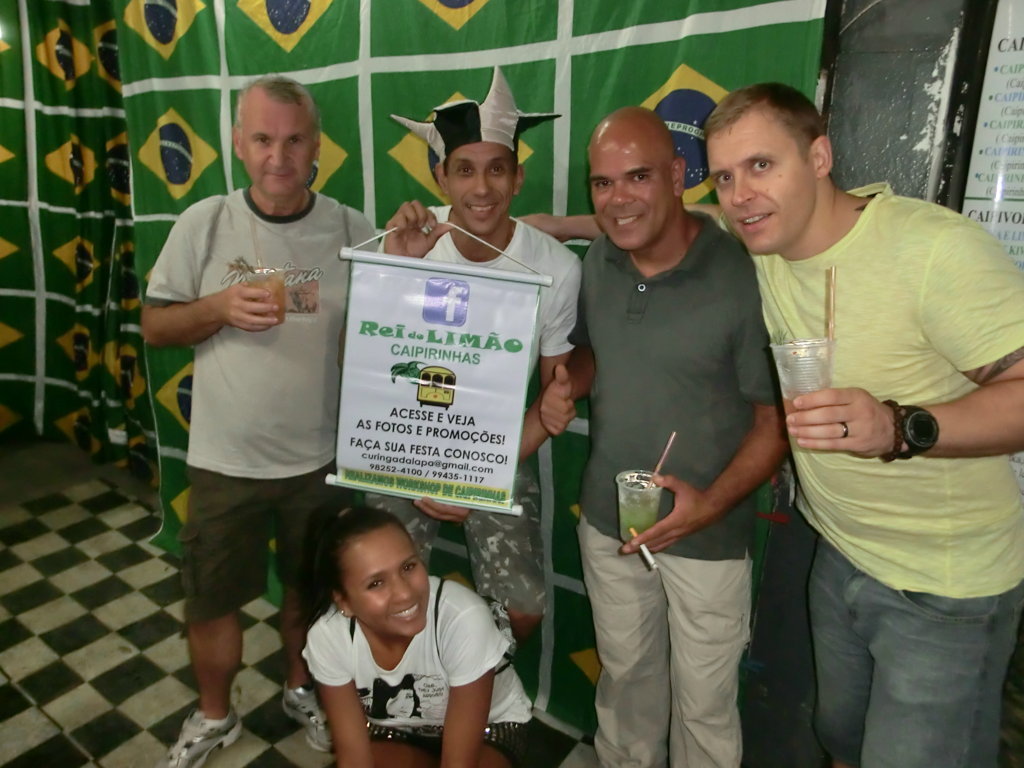 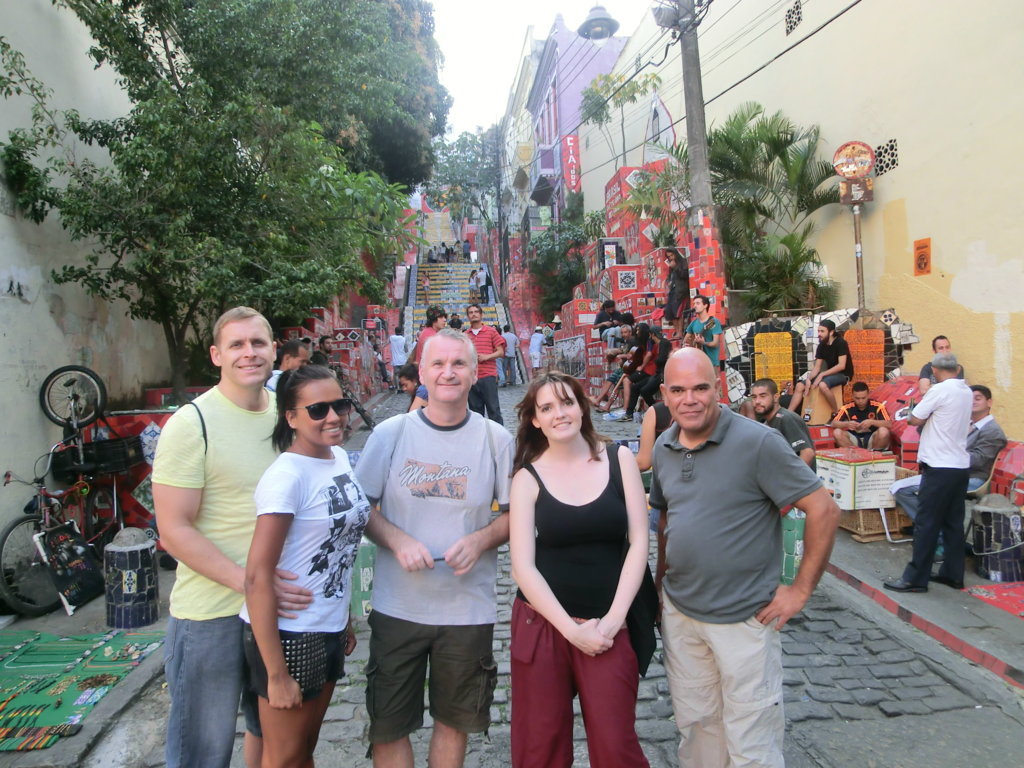 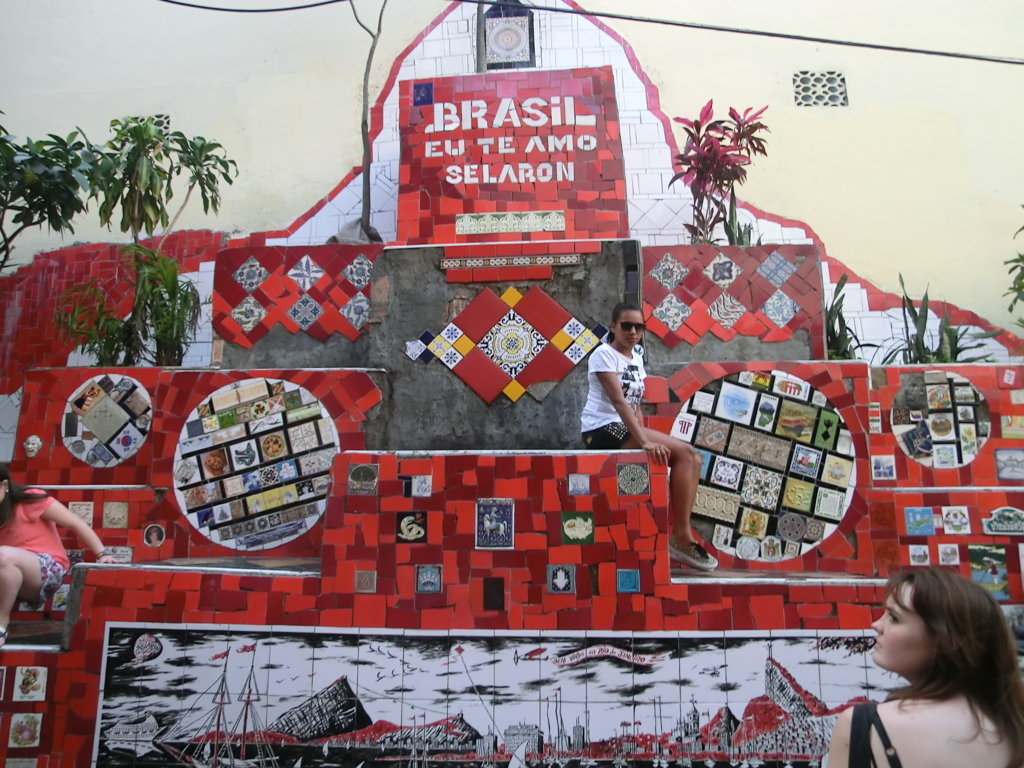 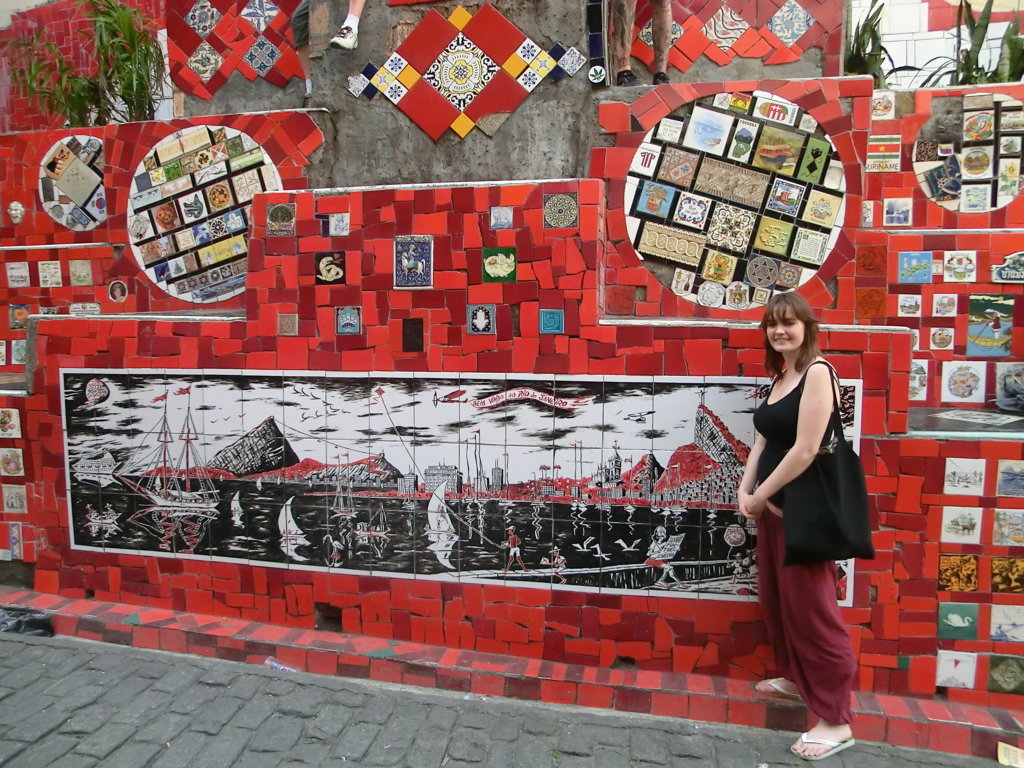 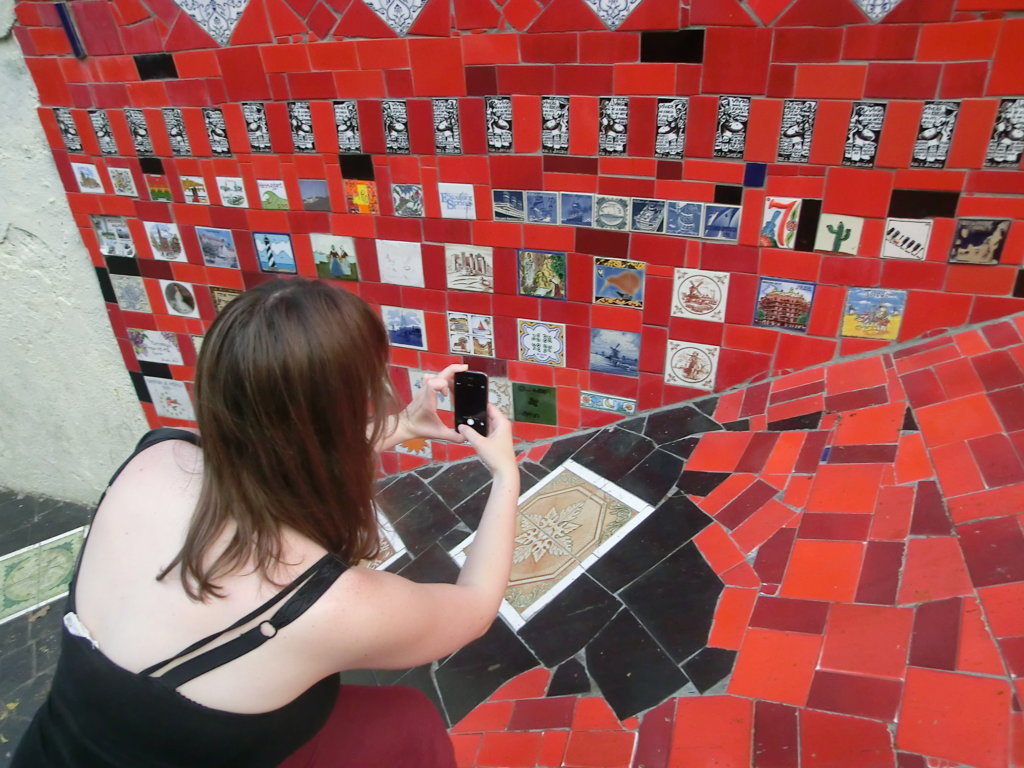 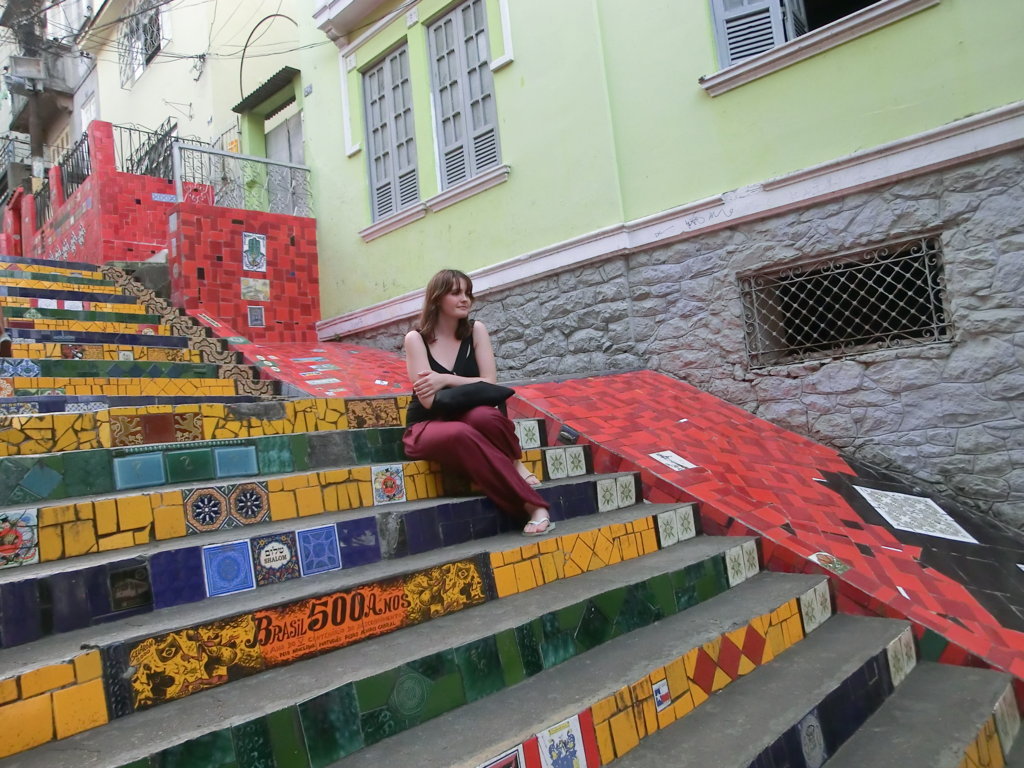 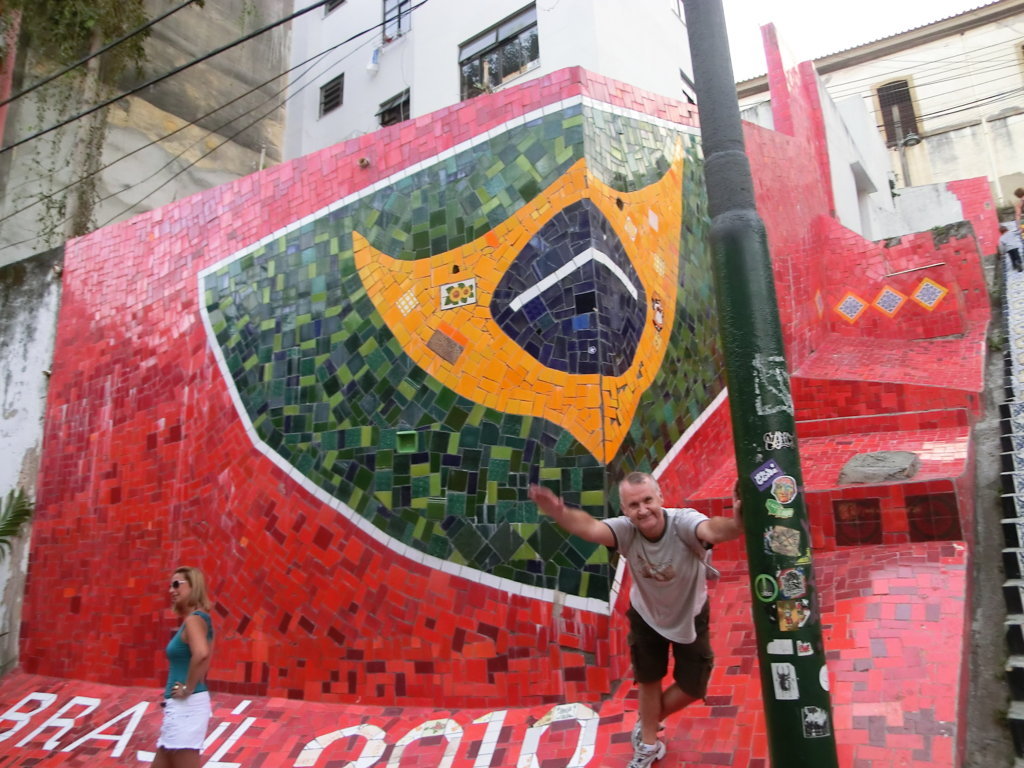 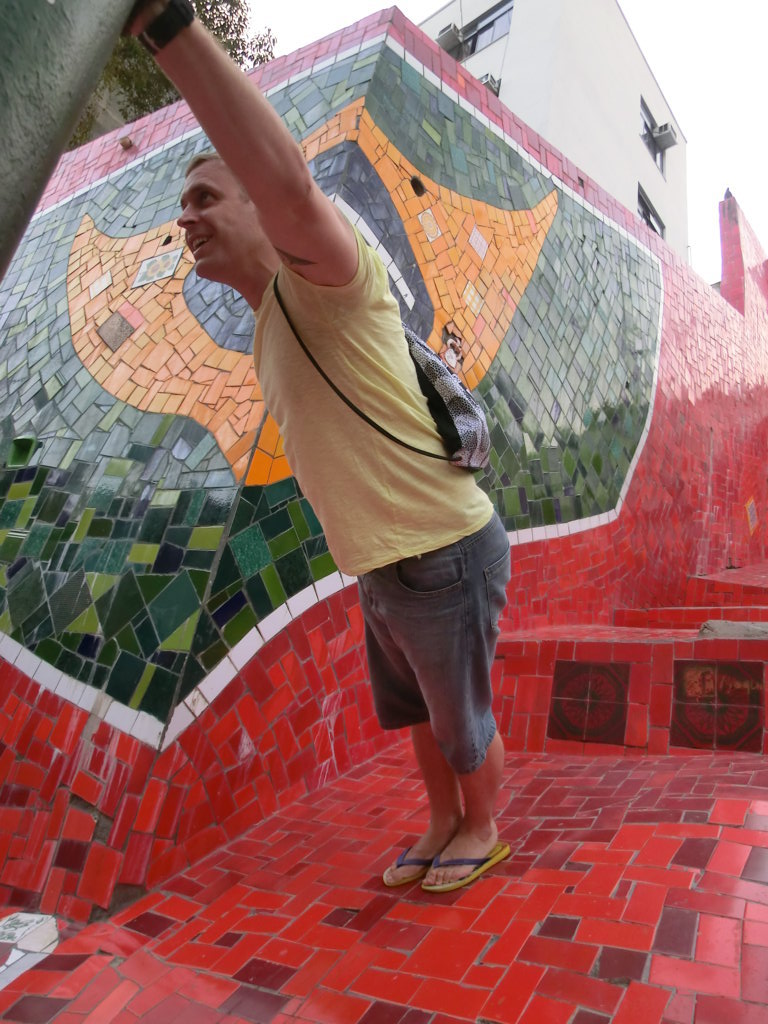 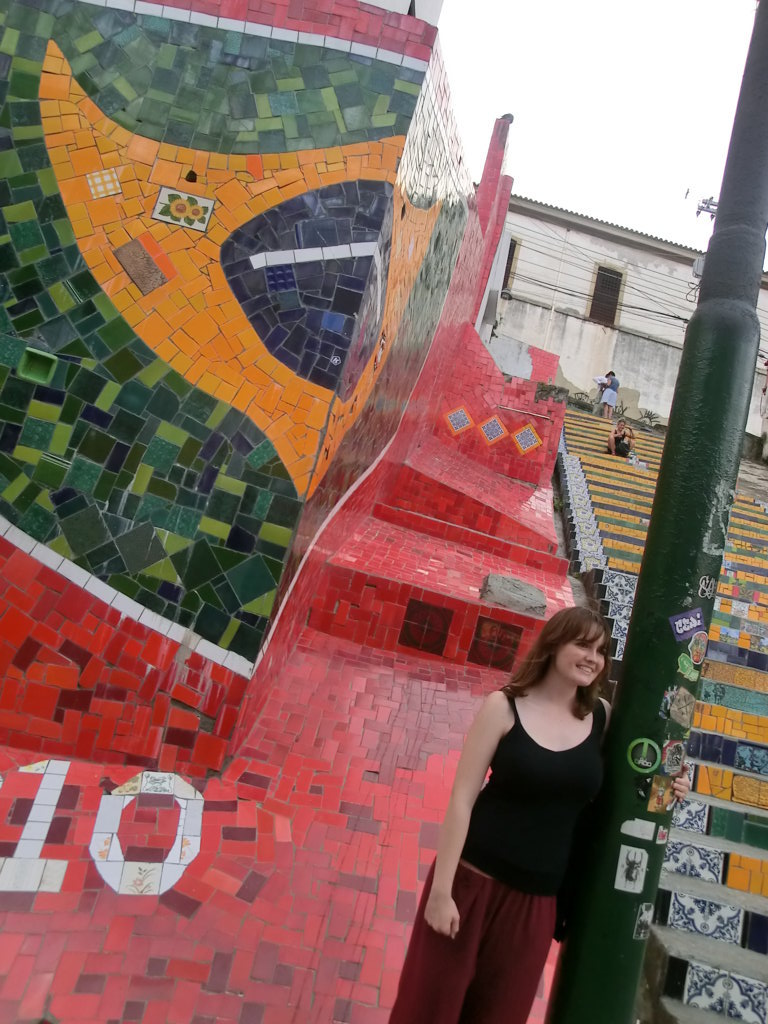 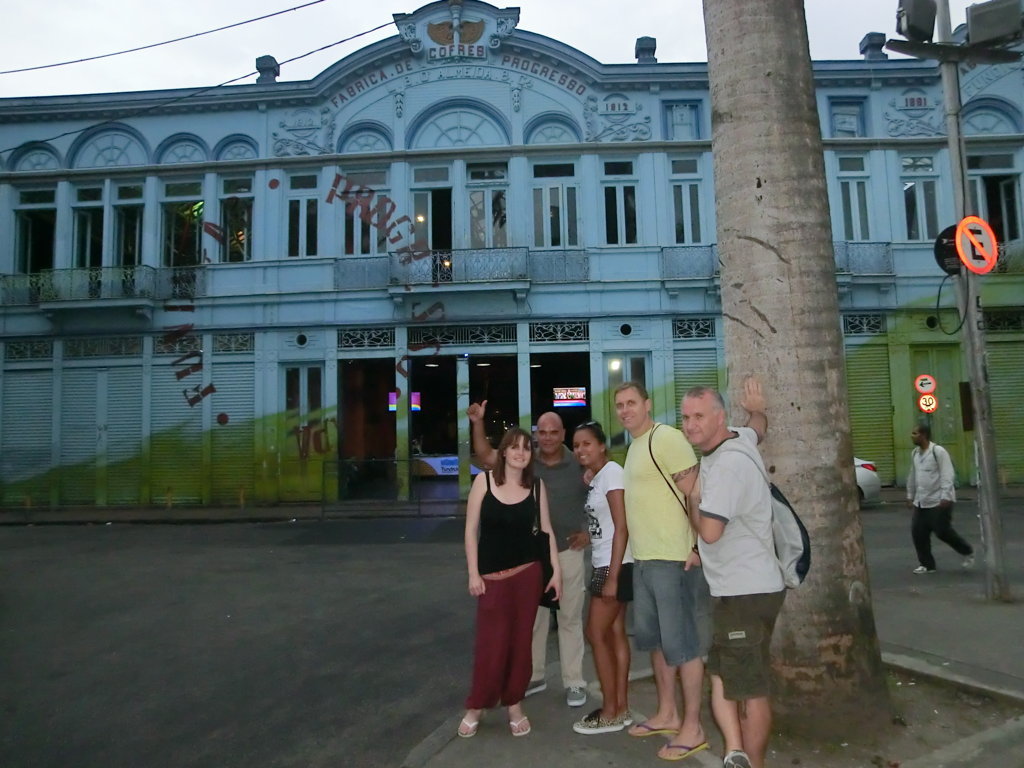 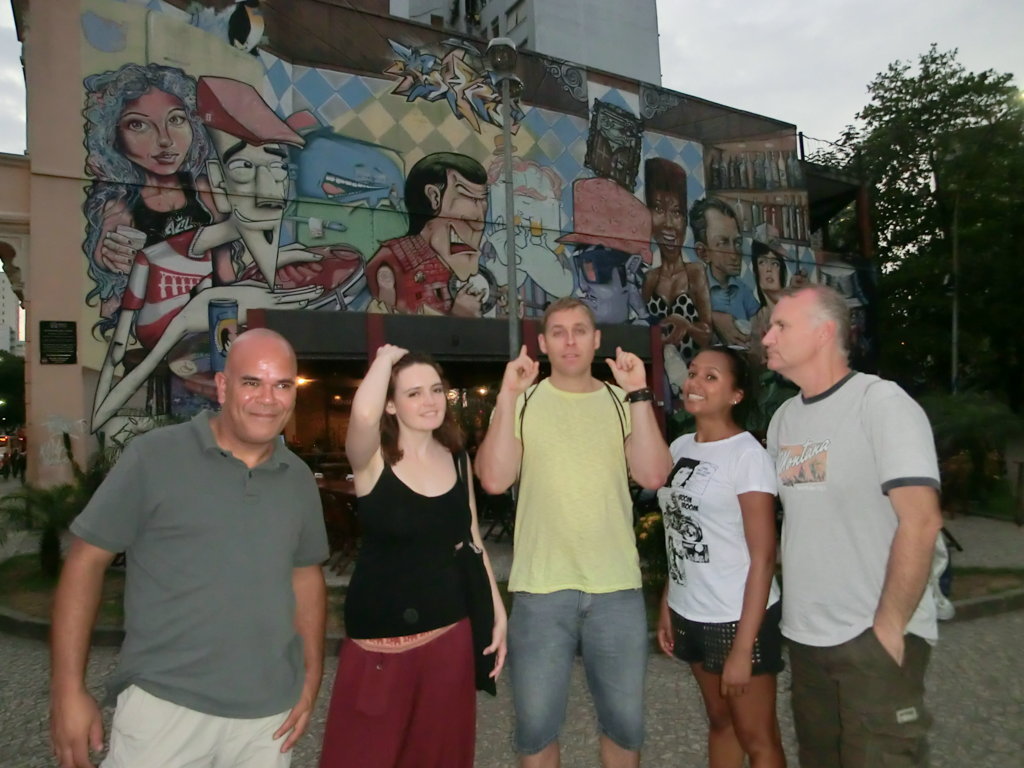 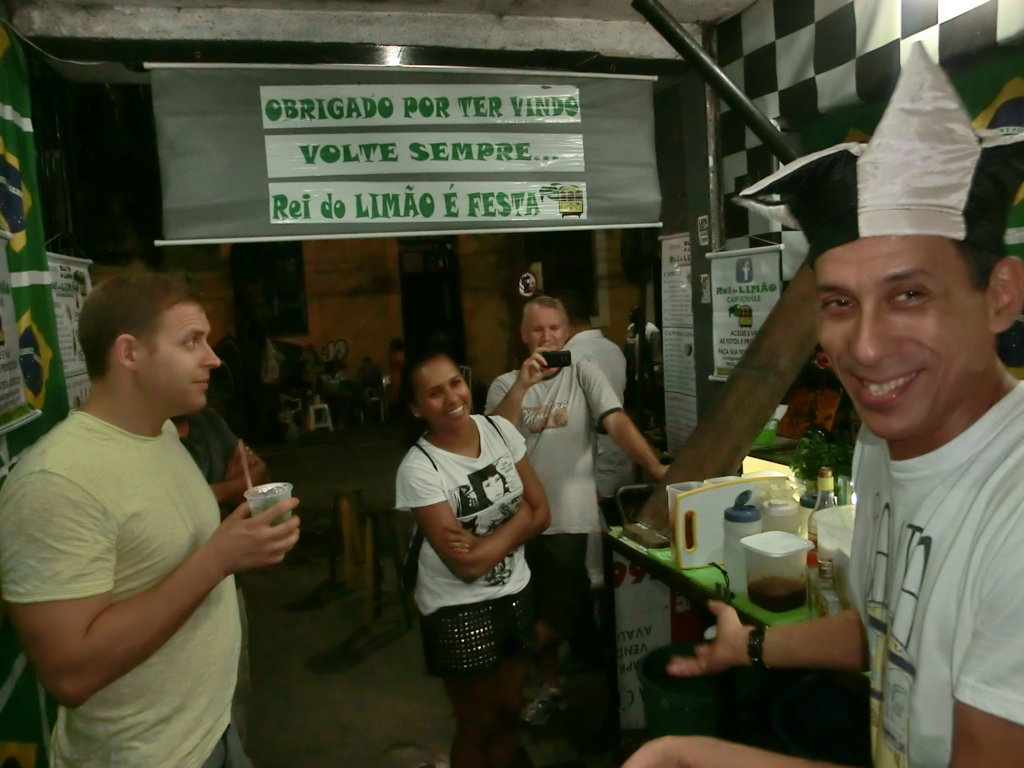 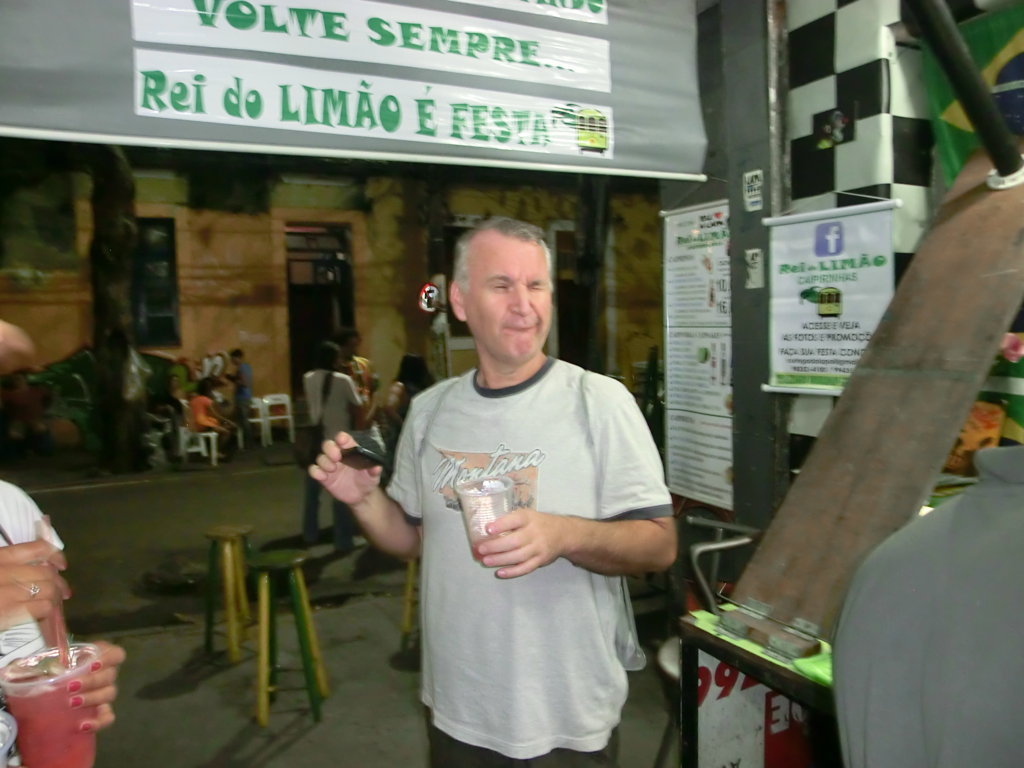 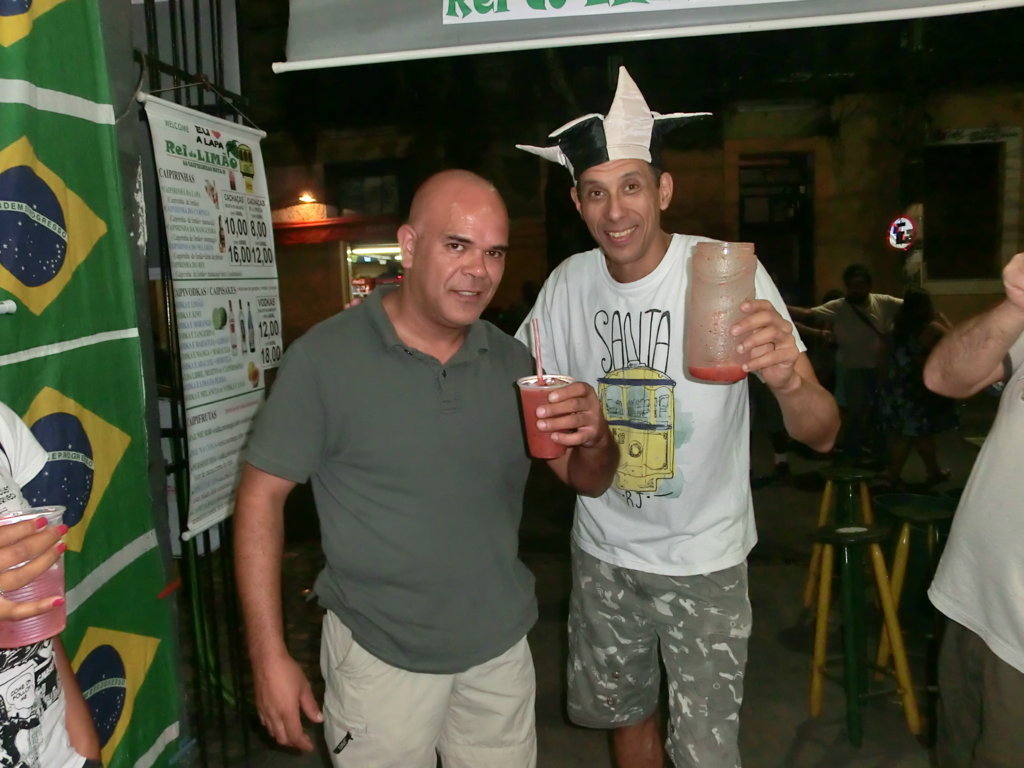 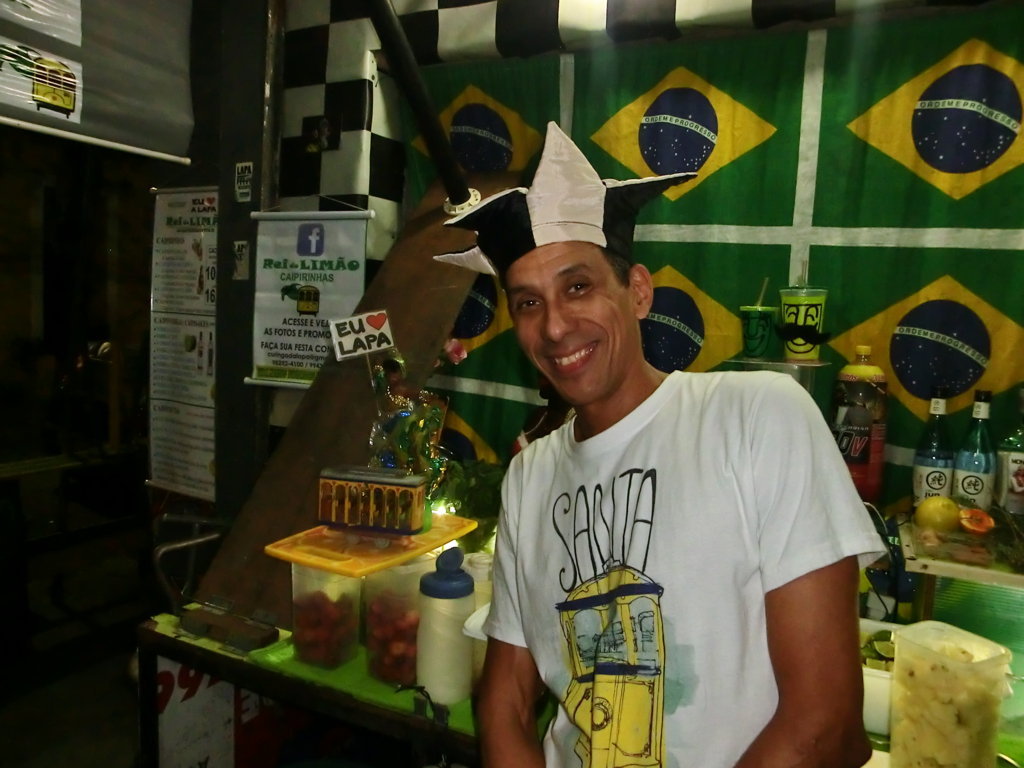 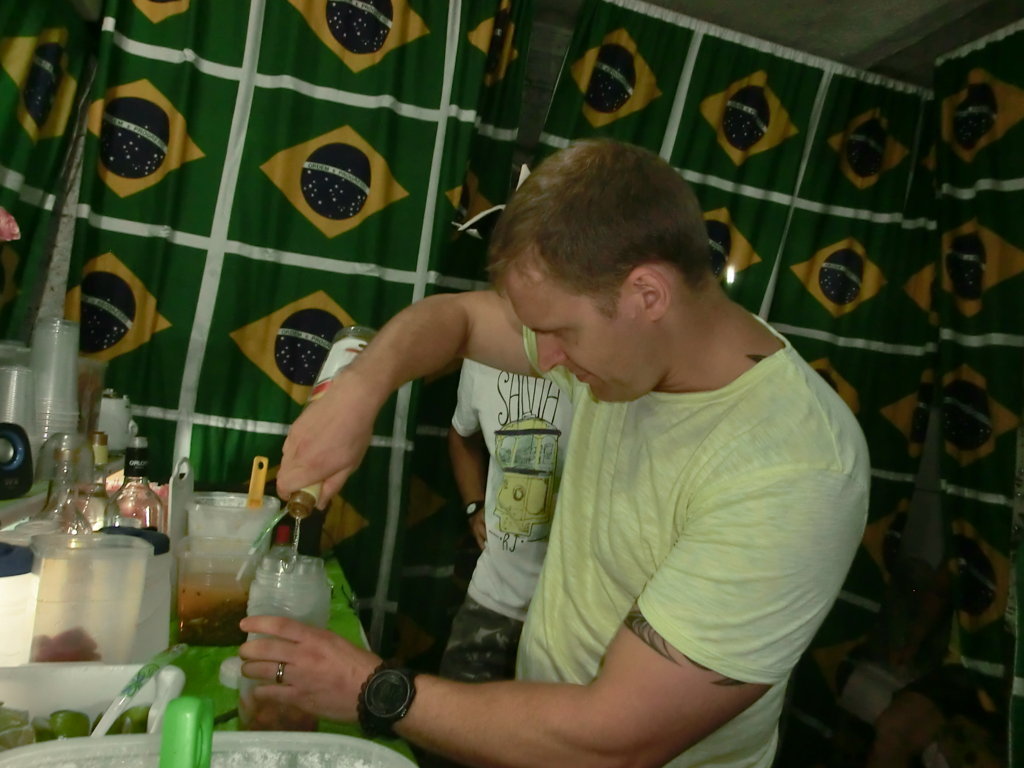 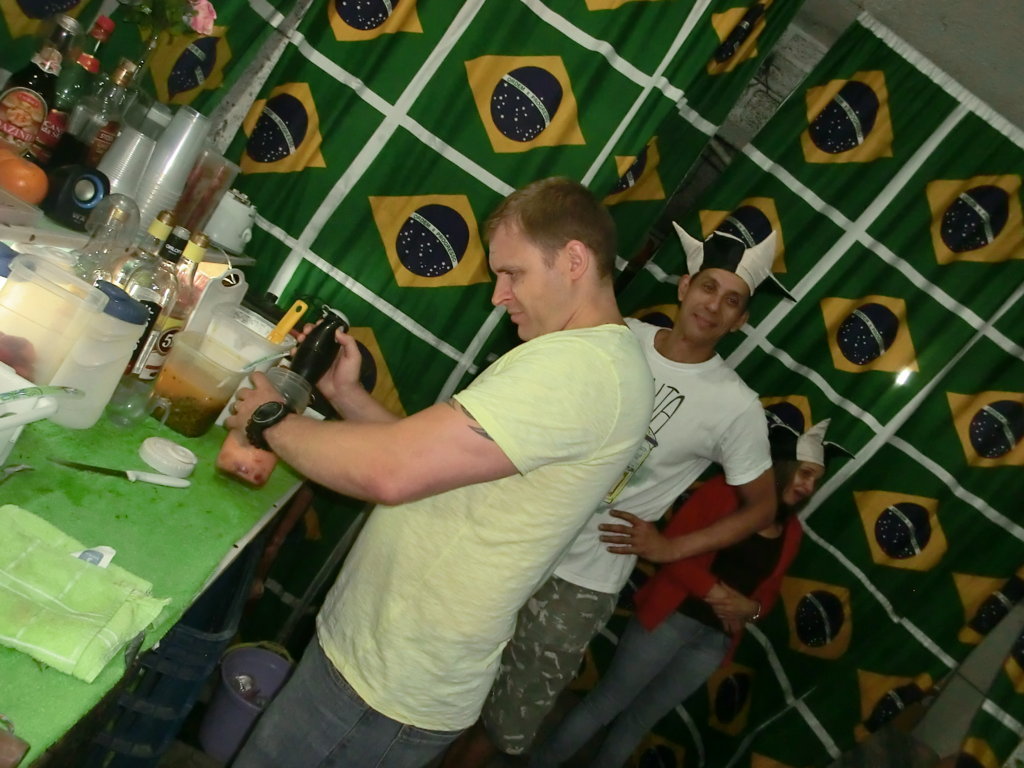 See some of our last visits at Lapa: